The first movie gave us countless Bumblebee figures. Three, count them, three Deluxes and a new Ultimate class was part of the offerings. However, the Ultimate Bumblebee ended up being a shelf warmer. The clunky articulation and cheesy gimmicks did not impress many, especially at an $80 pricepoint. Hasbro has a new idea on what people want. Taking a cue from the Alternators line, they have introduced a Human Alliance subline. This will offer Voyager sized Transformers paired with human figures. First up is, you guessed it, Bumblebee.

Bumblebee and Sam were best friends almost from the moment they first met face to face. As they learned more about one another, that connection grew deeper and deeper. Now, whether same is behind the wheel, or standing side by side with his friend, they work together as a team. Against Bumblebee and his human friend, no Decepticon stands a chance. 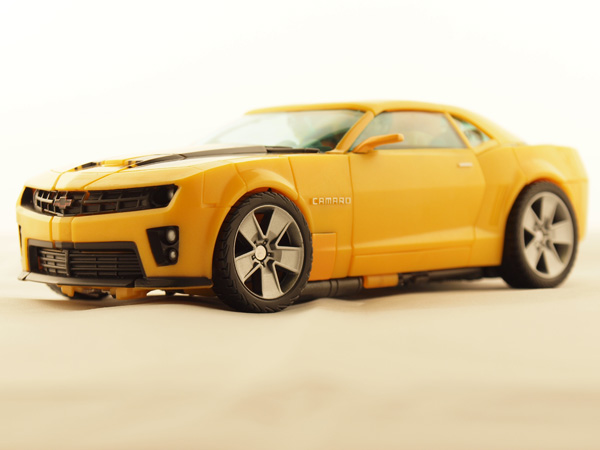 Bumblebee retains his 2010 Chevrolet Camaro concept mode. As should be for a Voyager sized figure, the detail is pretty good. The paint job is yellow, but the black comp stripes have an outer outline now. The front end is highly detailed, with a red outlined Chevrolet bowtie insignia on the eggcrate grille. The lower grille sports twin foglights on the corners. The rear end has a pair of ported exhaust pipes built into the fascia. You can even make out the air intakes for the rear brakes on the side behind the doors. 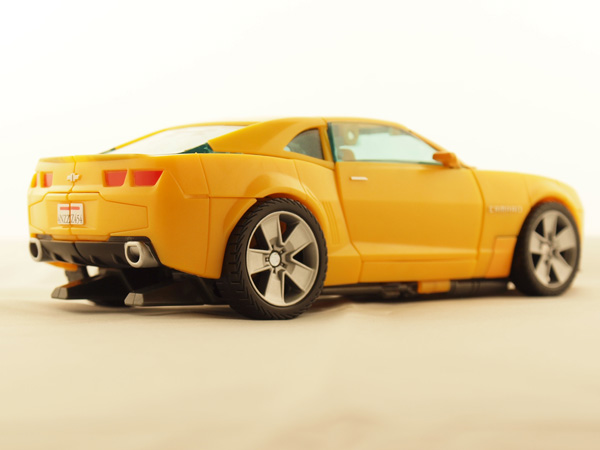 One annoyance is getting the doors open. You have to push in the bodywork behind the doors with moderate force to open them. Once opened, you're not treated to much. There is a pair of bucket seats and a steering wheel. This, of course, is for Sam Witwicky, the human partner paired with Bumblebee.