While most collectors chatter about Deluxe and Leader classes, Hasbro has been making simpler figures for the wee folk. For the last movie, we had the Bumper Battlers, which when the vehicle was bumped the roof opened up to expose a robot. Sensing that kids might want more, Hasbro has brought us a new line called Gravity Bots. The first showing is for Sideswipe.

Sideswipe races into action with his blades poised to pierce through some Decepticons! He's an eager warrior who's always looking for a fight. The bigger the bad guy, the better, he thinks, because there's nothing like a challenge! 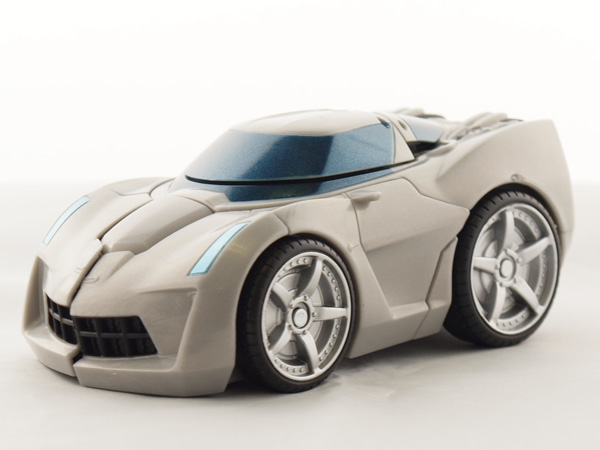 The Gravity Bots are a superdeformed version of the subject, in this case a Corvette Stingray concept. There's a decent amount of detail to go around, including badges and a grille. The split rear window is even preserved. 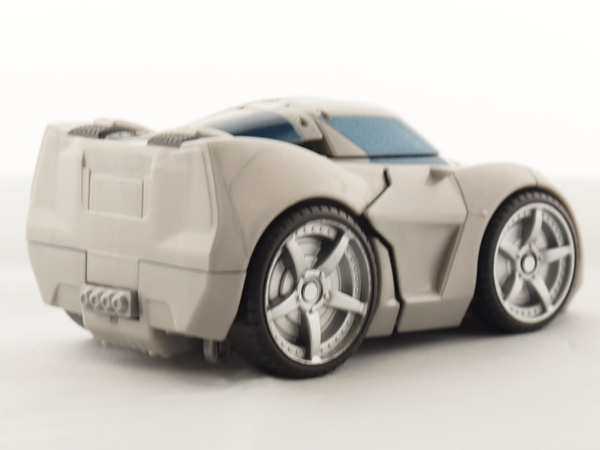 In alt mode, there really are no gimmicks. The wheels roll freely and overall it holds together rather well. The rear window is actually a non locking flap, so it tends to flop around a bit.

The transformation is where the gimmick lies. To transform into robot form, simply stand the figure on it's rear end. The tailpipes are a trigger button. Once hit, the front end splits in two to form the arms, the windshield rotates around and the rear glass flips over. You now have a robot mode. To transform back into vehicle mode, simply lay the figure on it's back and roll it forward. It automatically converts back. 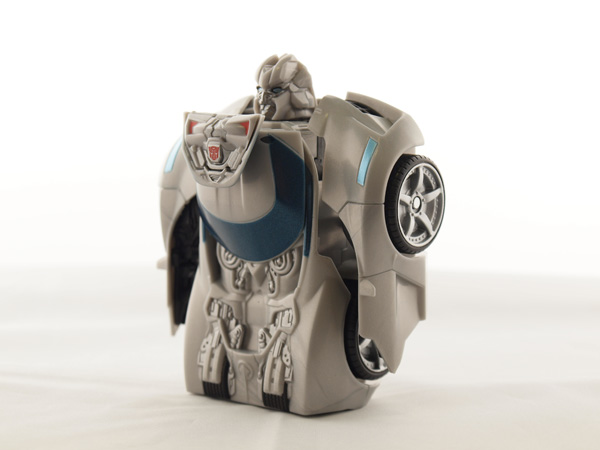 His robot mode isn't much of a looker. Of course, the whole premise of the line is the auto-transform feature. The head sculpt is nicely detailed. You can also make out some of his legs with the details applied on the bottom. 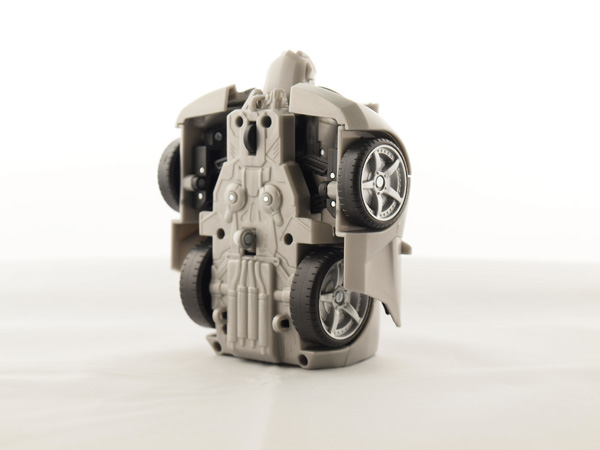 You get no posing with this bot. The arms are stationary and trying to turn the head will activate the transform gimmick. So basically, this is a brickformer. For the kids, however, this may end up doing well.

I had to sit and think about this for awhile. As mentioned, this really isn't aimed for the collector. This is more of a kid's toy. Think 3-6yr old range. Based on that, it's a neat little gimmick that should appeal to them. The modes are fairly reminiscent of the larger scale figure, and while it has no articulation and might be a bit ugly to look at, transforming it back and forth is where the pleasure lies. However, at an estimated $11 price range, it is a bit pricey. Use your judgement.