OK, we've had 3 different versions of the Bumblebee mold already with the 2007 movie. The standard issue, the Stealth black issue and the Cliffjumper repaint. However, the standard yellow version seemed to be almost impossible to find. Hasbro has made some minute changes to the mold, so rather than do another full review, I'll just highlight the changes.

Having chosen to stay with Sam after the end of the battle for the Allspark, Bumblebee made arrangements to stay close to him at all times. It's been a pretty good deal. He gets regular detailing, and as much high grade fuel as he needs. Plus, he gets to spend time with Same and Mikaela. His vocal processors still aren't fully up to snuff, but he and his friends communicate just fine. If he ever misses the action of battle, he can always give Ironhide a call and go Decepticon hunting. 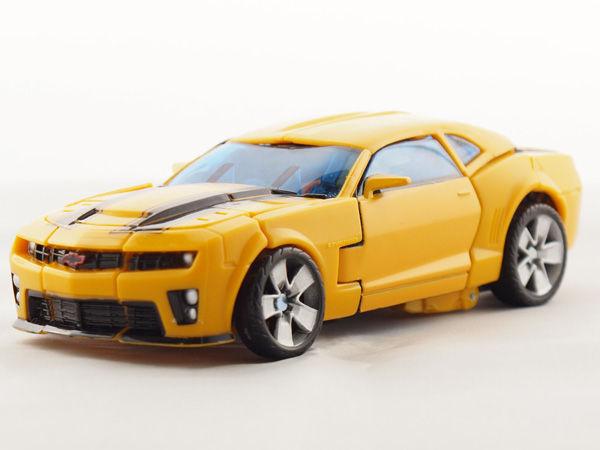 Looking at the two, it's almost funny that this newer Bee looks closer to the Camaro concept than the 2007 model did. In fact, the 2007 mold is more like the 2010 model just released. The only change in the mold is with the lower front fascia, which sports a larger lower air dam and larger foglamp ports. The wheels are also restyled. 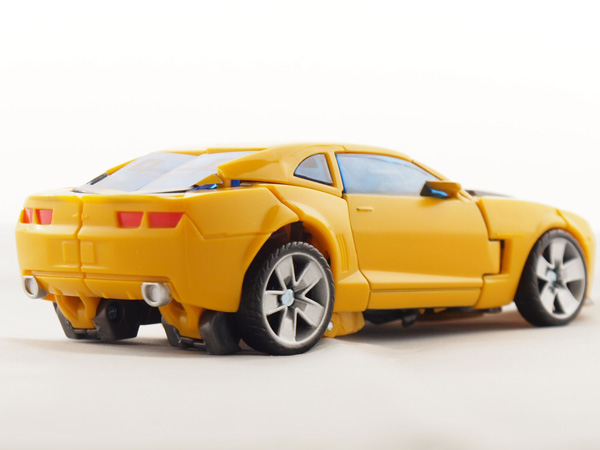 Detail wise, there are more subtle changes. For one, the black comp stripes now have a thin black outline around them, making them more pronounced. The familiar Chevrolet moniker is now outlined in red. It's not much, but combined the small changes do make Bee look more aggressive. 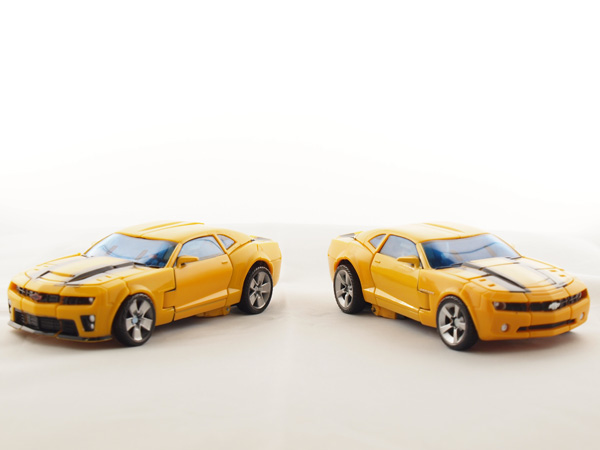 Exact to the 2007 counterparts 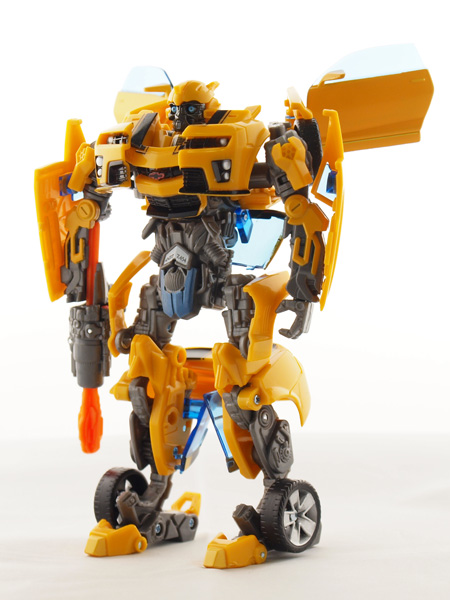 There are only two mold change to speak of in robot mode. One is the right arm. Instead of having a detachable plasma cannon that converts to a combat knife, Bee now has a built in plasma cannon, complete with firing missile. The missile is tough to lock in place, but has good firing distance. The other is the head, which gets an all black face treatment versus the two tone treatment on the 07 figure. 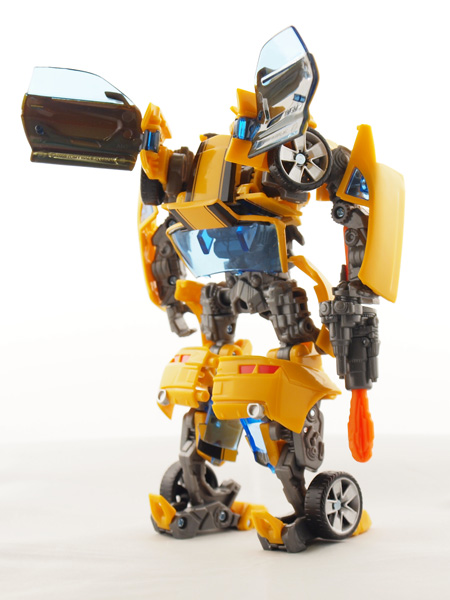 Coloration is different with the new Bee. Instead of being black in the limbs, he is now a light gray. He also loses a bit of yellow in the abdomen area. While it would have been nice to keep the detachable arm cannon (as it can get in the way when transforming slightly), it's understandable that they would want to make a slight change from the 2007 figure. 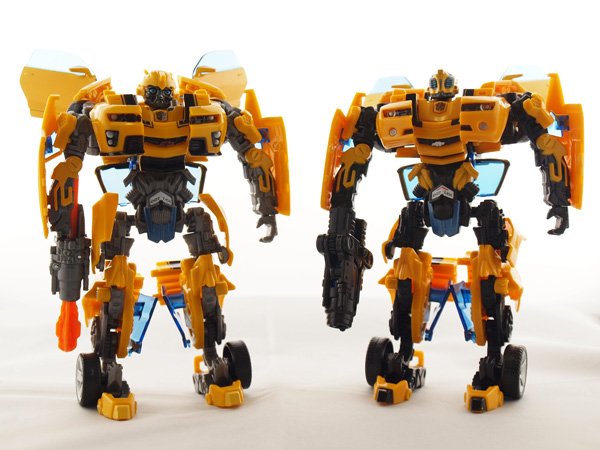 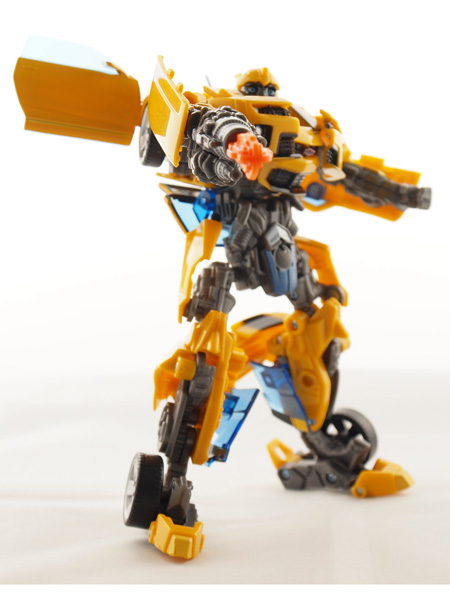 
Near perfect articulation. Some thigh rotation is all that's missing.

Subtle changer versus the 2007 figure, but subtle enough to make a difference
Robot Mode:

Loses the versatility of the 2007's weapon.
Overall:

If you couldn't find the 2007 figure, this is a great consolation. However, if you have the 207 figure already, it might not be worth the duplication.