For the first movie, rumors were abound about a Soundwave appearance. Would he be a helicopter? Nope, that was Blackout's job. How about a pickup? That slot got taken by Dropkick. Alas, no Soundwave for the first movie. No fear, though, as Soundwave makes his appearance for Revenge of the Fallen; as a triplechanger even.

Stationed in orbit above Earth, Soundwave swiftly taps into every satellite in range. Within minutes, communications, data traffic, weather information and high-resolution spy photography flood his sensor net. The spill of data fills him with pleasure, and one by one, the humans' systems come under his complete control. From his seat on high, he is in a position to control the destiny of mankind without their knowledge... or to run their civilization into the ground. 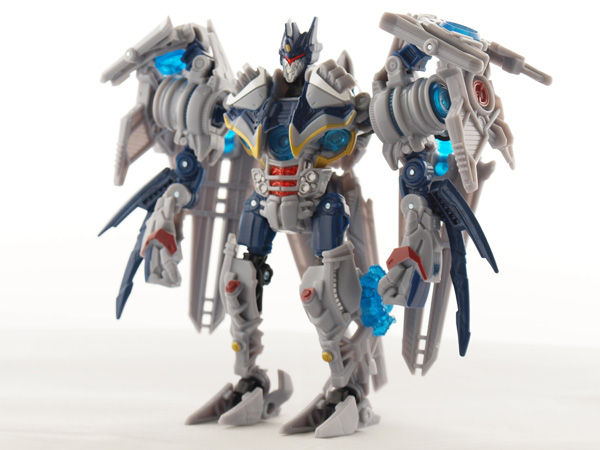 He certainly is a stocky brute. Primarily light gray in color, Soundwave has many other colors adorning him. The thighs and elbows are done in his familiar dark blue. You can also catch glimpses of red, light translucent blue, gold and translucent red around him. The head sculpt is a perfect balance of traditional Soundwave mixed with movie aesthetics. Unfortunately, the red visor offers no light piping. Overall, the level of detail is above grade for a Deluxe mold. The detailing on the flaps is just amazing. 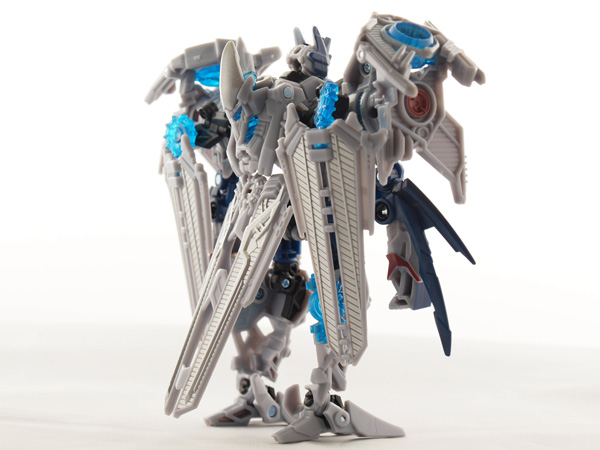 Soundwave is indeed very impressive looking, but he's also very busy looking. The various flaps on his shoulders and backside do tend to get in the way and require adjustment for any little move you make to his limbs. That could get a bit tedious, especially for younger folk. Also, the Ravage projectile that fits on his back doesn't like to stay in place. It's best left out in this mode. 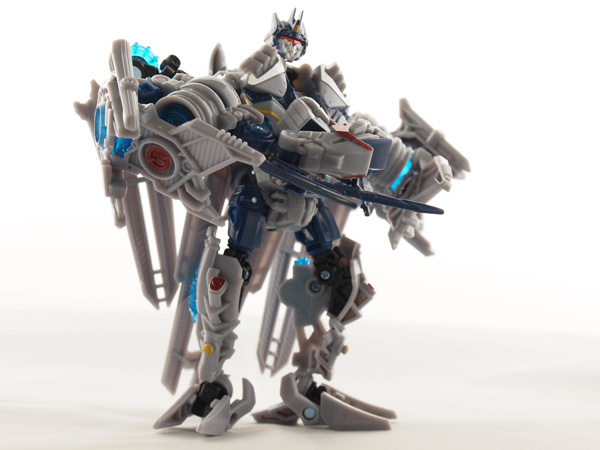 
While the foot joints have good movement, they don't work in unison. As you can tell from the figure, kibble gets in the way constantly when trying to pose and constant adjustments to the armor are needed.

This can get a bit tricky. Start by aligning the panels on his shoulders to be parallel. There is a very small blue tab just below the orb on his chest. Pull the head up as far as you can, tilt the head down, then flip up that blue tab to cover his head. Fold the foot flaps flush with each other. Pull the flap on his back all the way down so it extends below the feet. Spread the shoulders out 45 degrees then fold the fists in to his armpits, but leave the blue spikes aligned with the shoulders.

Adjust the flaps on the side so they are aligned with the shoulders and pointing down. Now, spread out the flaps so they point out. Do the same for the legs. Rotate the legs so that the blue orb halves face his backside. Fold the legs in together. The orb on the right leg is positioned in the back, with the orb on the left leg covering it. Finally, adjust the side flaps so the flaps face to the sides and point down. 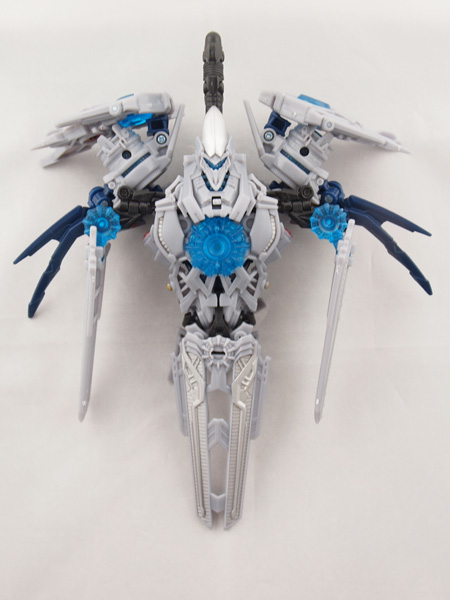 The satellite mode is pretty creative, as well as menacing looking. Dare I say it has a resemblance to certain Vehicons. Most of the coloration is gone, but the standouts are the three blue orbs. Above the top of the satellite is where the Ravage projectile locks in place. This projectile also fires like a missile, but make no mistake. The detailing on the missile warhead will tell you it's Ravage. 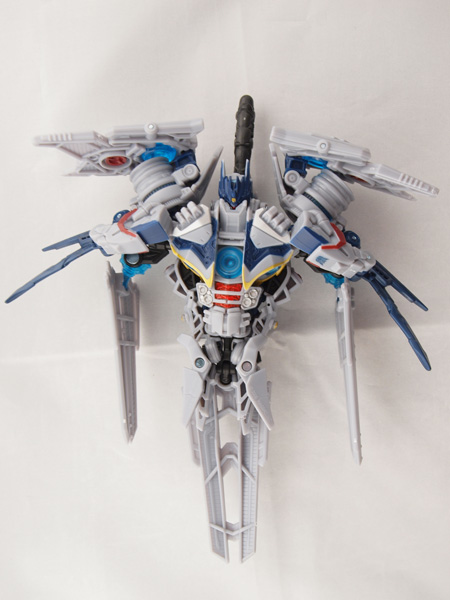 It's a small nag, but it's too bad there's no way to prop the satellite so it can stand up on it's own. Even propping it up against a wall will take a little work, as the bottom flap isn't very tight and might sag, as it's only connection point is a ball joint. 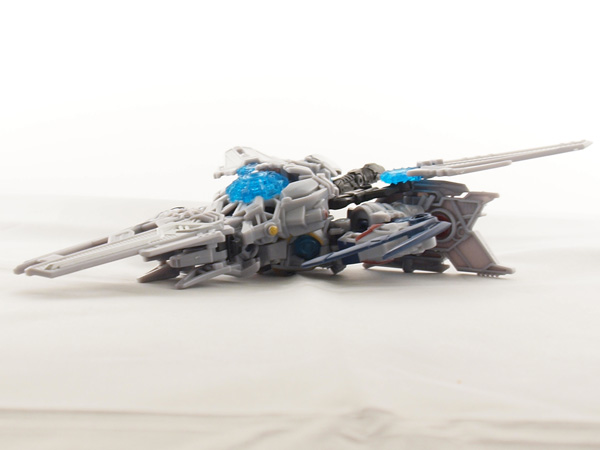 Unlike the alien jet mode of Megatron, this jet mode is done pretty well. I can't help it, but it does bring back images of Cybertron Megatron's jet mode. 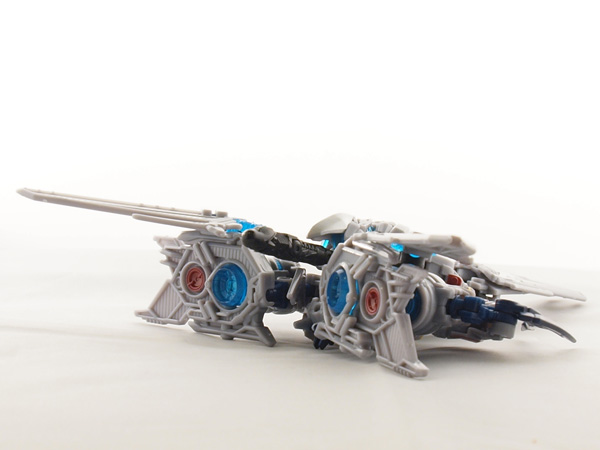 The only thing missing here are landing gear. Of course, with this being an alien jet it probably just hovers in for a landing.

Great detail, but a little busy and kibbled.
Satellite Mode:

Way to sneak in a third mode, Hasbro!
Overall:

A great figure with lots of versatility and, with a little patience, lots of posing ability.