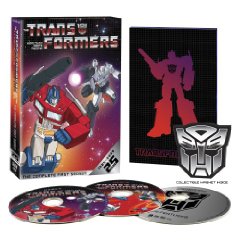 There have been many sets for the first series that started the toyline that we all love. Now, for the 25th Annivesrary of the beginning of Transformers, Shout! Factory has released the complete first season of the original Generation 1 television series. The series has been redone to stand out to the previously released sets. Does it stack up? Well, let's take a look.

Like the styling cues of a car, the packaging is the first thing of a product that catches your eye. This packaging is no exception. The images don't really this appealing slip case much justice as the images we have seen of the set give the cover a more matte look and a little drab. In person, though, the Transformers logo, Optimus Prime, and Megatron are embossed and the red background is quite reflective and shiny.

When unwrapping the package, we see two slim DVD cases with some rather cool swag. The first DVD case contains disc one and two, which houses all 16 episodes of the first season.

The second DVD case holds the third and final disc, which contains the bonus features of the set.

The package contains a DVD booklet talking about all of the episodes as well as the bonus feature and an Autobot magnet. The booklet is tastefully done with artwork and provides a special note detailing how they remastered the video, and DVD credits.

On top of this dedication, all of the corrected footage was also combed through for color-matching, too. Brian Ward previously said that unless we look for something specific, we wouldn't notice. And he was right. Through my casual viewing, I didn't really see anything amiss. 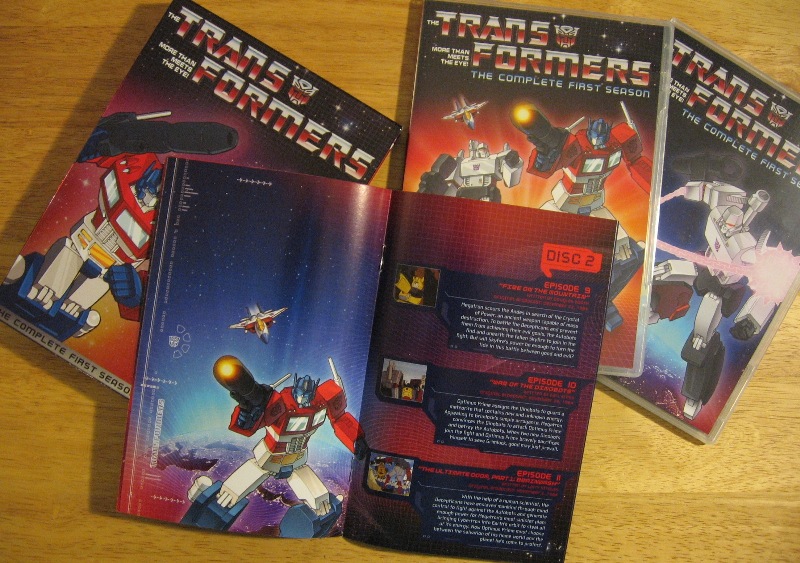 There are a lot of kudos in the bonus features that will certainly please the hardcore fans. The lengthy bonus feature is "Triple Changer: From Toy To Comic To Screen." This feature interviews many people involved with Transformers right now including Aaron Archer and people who were with Generation 1 since the beginning including Tom Griffin and Joe Bacal. These series of interviews are separated into various sections, one talking about the origination, the creation of the series, as well as the comic books and the disconnect between the actual series and the comic books themselves.

The publishers of the set spent a lot of time collecting this data and it shows. It is very thorough and extremely informative. It is also short enough per each section to keep you from losing interest. A lot of special features just drag on for too long, and this one avoids that pitfall.

On top that, we get to view some old school archival Hasbro toy commercials and a rare PSA, too. These commercials are appropriate for the first season and Shout! promises even more commercials attached with further releases. The quality of these commercials isn't that great, but for nostalgic purposes hits the spot just about right. 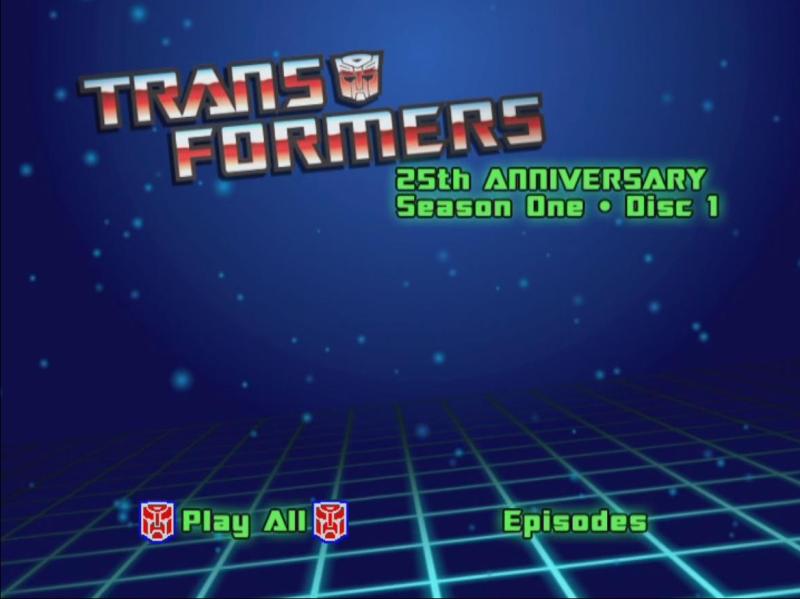 These systems is quite standard, with the ability to choose just one episode of play all of the episodes. When the interface first rolls, we can tell that is quite simple, non-flashy, and quite to the point. The set background lets you know that this is indeed the 25th Anniversary set, and various animations fly around the screen while the DVD awaits your input.

Each episode is housed within its own track, so you cannot skip chapters within the episode, but each episode clocks in around 22 minutes, so fast forwarding a DVD is most definitely not as painful as the VCR days.

So how does this set stack up against the Rhino versions? Well, I personally never found any faults with those previously-released sets as I didn't watch them when the series originally aired. However, I know there are a lot of you who have many gripes with that previous set, and Shout! definitely strived beyond their expectations to develop something worth of the 25th Anniversary stamp on the front and all inside this set. 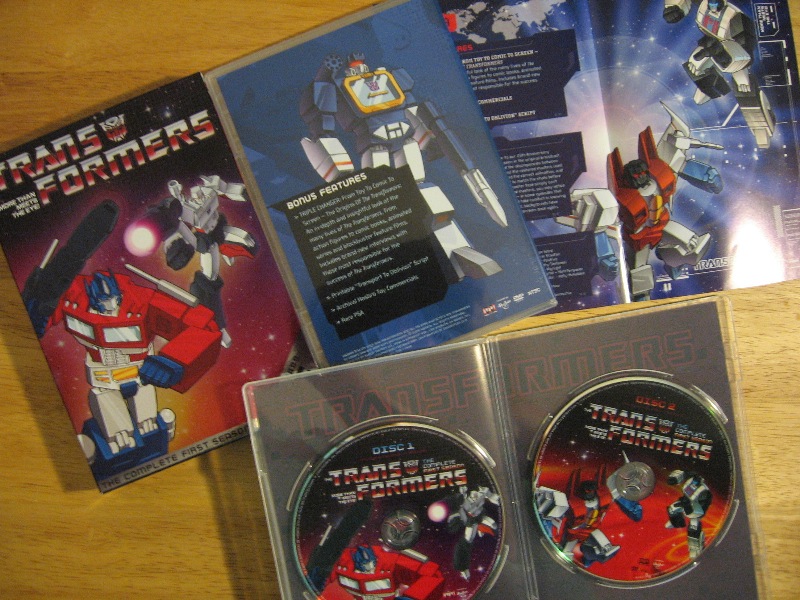 If you haven't picked up the previously released editions of this series, the one special feature included with this set is more than enough to pick up for your collection. Not to mention that nostalic pieces included in this series like the commercials and the PSAs, and the more-than-faithful renewal of the series (with some up-to-date changes, of course) for your modern media players.