So far, the scout class figures have been pretty impressive, even if none of the ones reviewed so far have been in the movie. Ramping up reviews again for scout classes, we come to one of the most intriguing of them, Ransack.

Back in the distant past of Cybertron, when flight was a new technology, Ransack was first of the flying aces. He was a ruthless combatant, blasting his opponents out of the sky, then strafing the helpless troops stuck on the ground without cover. He may be past his prime and equipped with outdated weapons now, but there was a time when Ransack was the most feared name on Cybertron 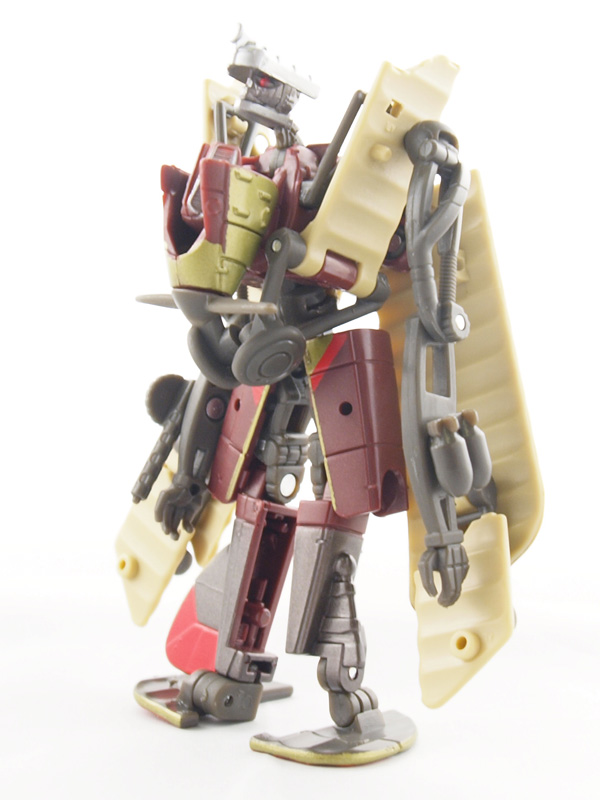 Ransack plays the part of an old-timer well. The paint scheme is a mixture of khaki, burgundy and some red along with dark gray. The arms and the head both have a skeletal feel to them. On his right arm is a machine gun, on the left arm is a pair of bombs. 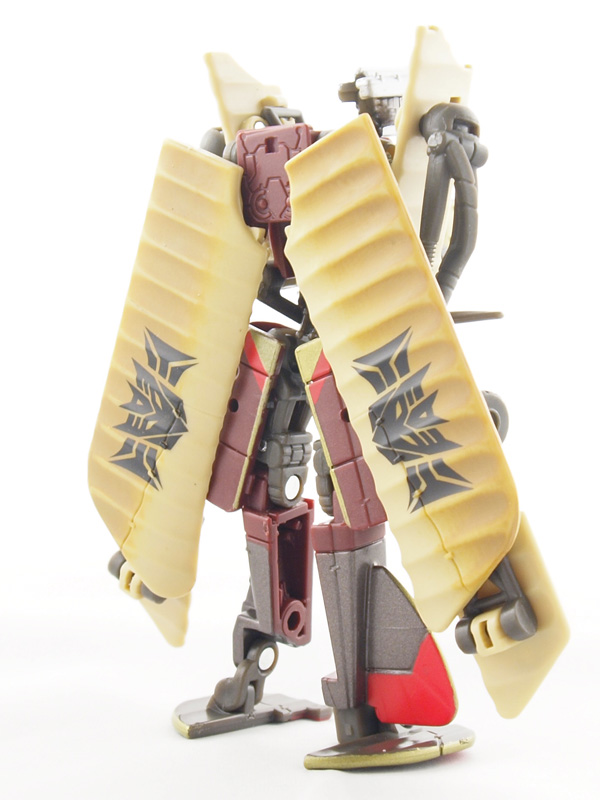 The wings fold up on his back so they almost resemble a cape. You can straighten them out if you want to give him "wings" for flight. He might look a bit kibble laden, but overall this doesn't affect his articulation at all. 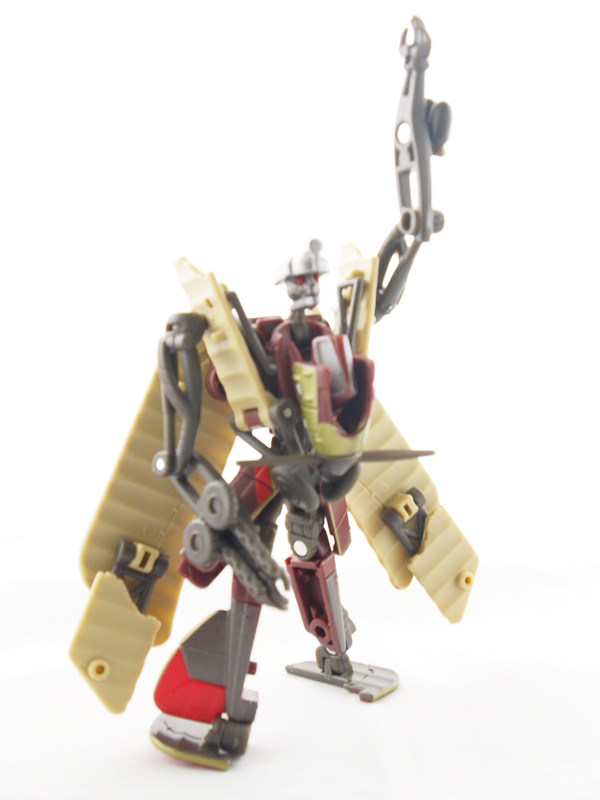 
Hips can gain or lose articulation based on placement of rear wings. The head is on an odd ball joint, so you can't get a clean turn of the head.

Start out by lowering and tilting his head into his chest. Pull up on the propeller so it meets his chest. Sink the thigh guards into his thighs. Pull back on the legs until they're aligned with the nose of the plane. Rotate the legs 90 degrees so that the static wing on his left leg is pointing up. Rotate the feet so that they makes the horizontal stabilizers. 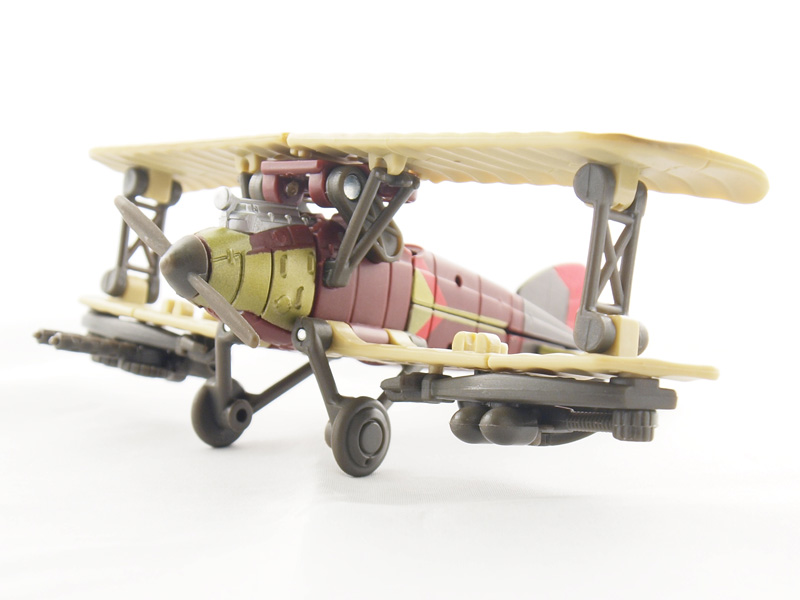 Ransack has the form of an early 20th century biplane. The colors remain the same, but you can see a Decepticon insignia on each of the upper wings. You can still spy the machine gun on the right and the bombs on the left. There is also a cavern for a cockpit behind the wings, but with the joints for the wing assembly in the way it's not very useful. 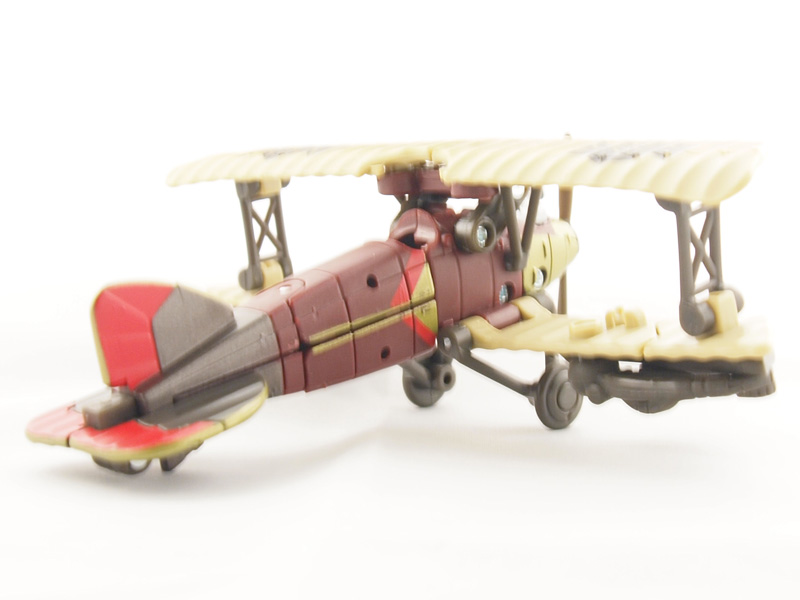 There are 2 static wheels up front for landing, as well as a molded drag wheel in the rear. The 2 blade propeller spins freely. The only real detraction of this mode is the arms which are visible on the lower wings. However, they do support the weapons so they don't stick out terribly bad... unless you count the hands.