As we finish up reviews for the Wave One scouts, we take a look at Rollbar. Typically a name given to a Decepticon, Rollbar is an Autobot this time around.

Rollbar is happiest when he's following orders. He is uncomfortable with improvisation, and terrified of being put into a leadership position. Despite that, he is a highly skilled navigator, and has a keen mind for tactics, making him an invaluable asset to his commanders. He is extremely strong and tough, and though he prefers not to fight, he can be a challenge to Decepticons many times his size. 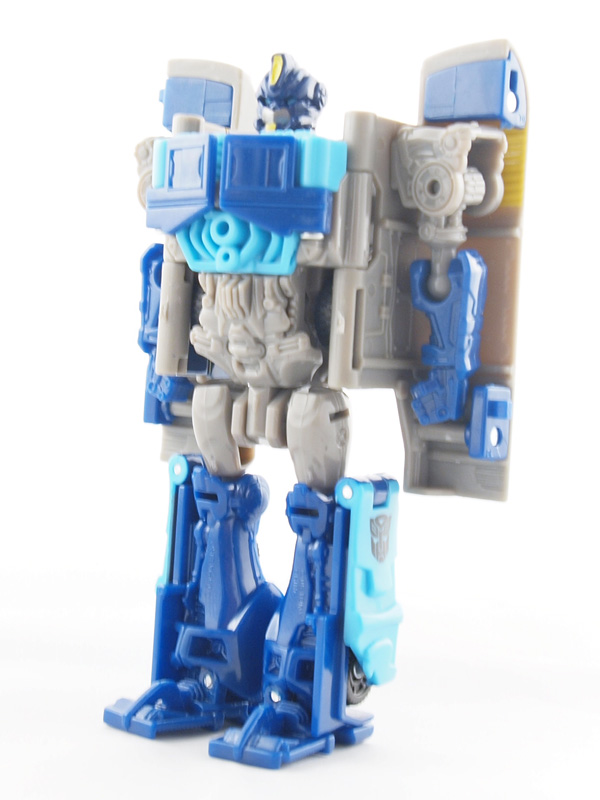 At first glance, it's easy to assume that Rollbar is just another iteration of Payload. However, that couldn't be further from the truth. Coloring is primarily PVC gray, with dark blue on the limbs and a mixture of light and dark blue in the chest. The head sculpt is interesting, as it has a sort of Prime element to it. 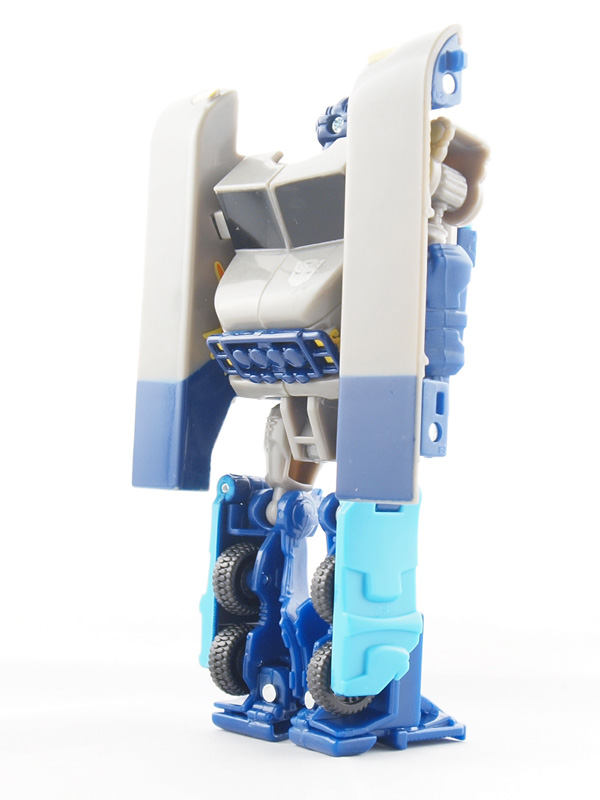 There's a ton of detail molded into this guy. Everything from the chest to the limbs is decked out with struts and gearing. It makes one wonder how he'd look should all that detailing get painted in. Interestingly enough, the red and yellow paint shown on his shoulders in the box art are missing here. It could have possibly been a design change, as ones on the shelf that I have seen also miss this app. As he stands now, he doesn't look too bad. 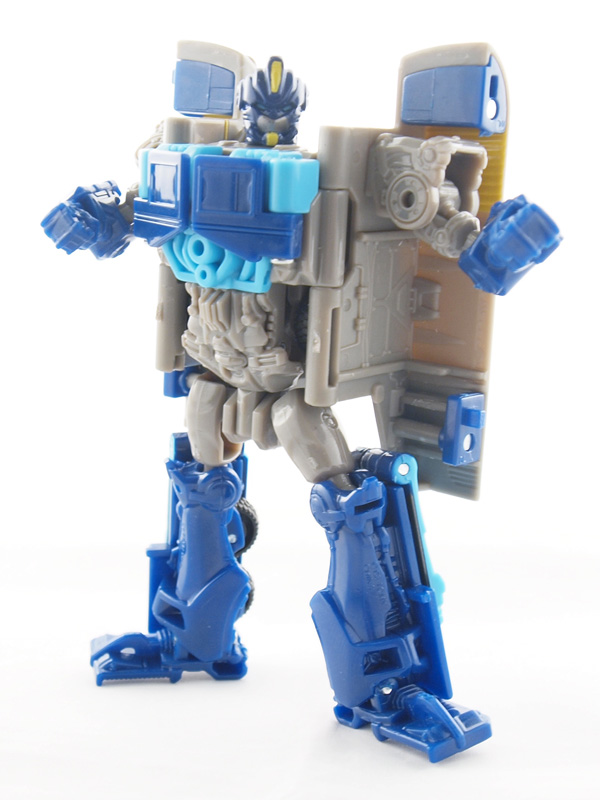 
The back kibble does interfere with posing slightly, particularly in the arms. 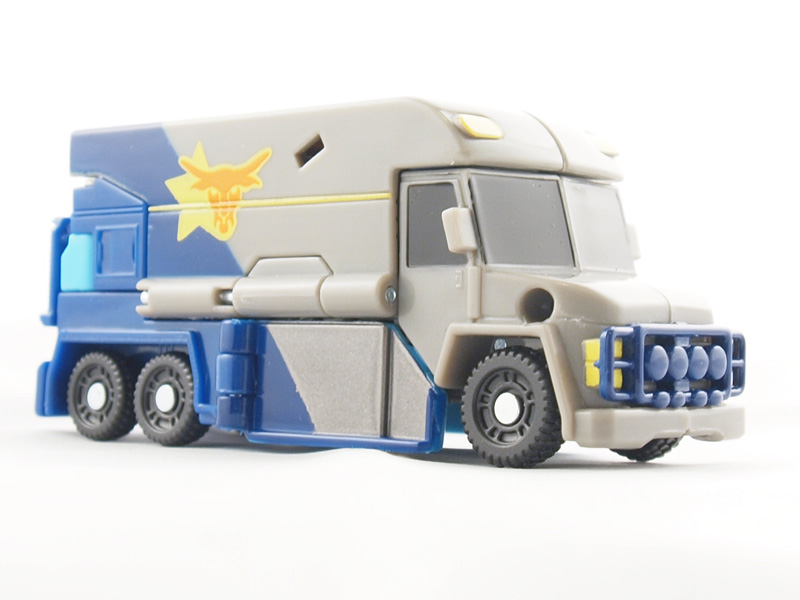 Rollbar forms a heavy duty delivery truck with shell. Color scheme is gray up front with dark blue in the rear. Details include a pair of clearance lights on the roof, a brush bar with foglights on the grille and an Autobot insignia on the hood. 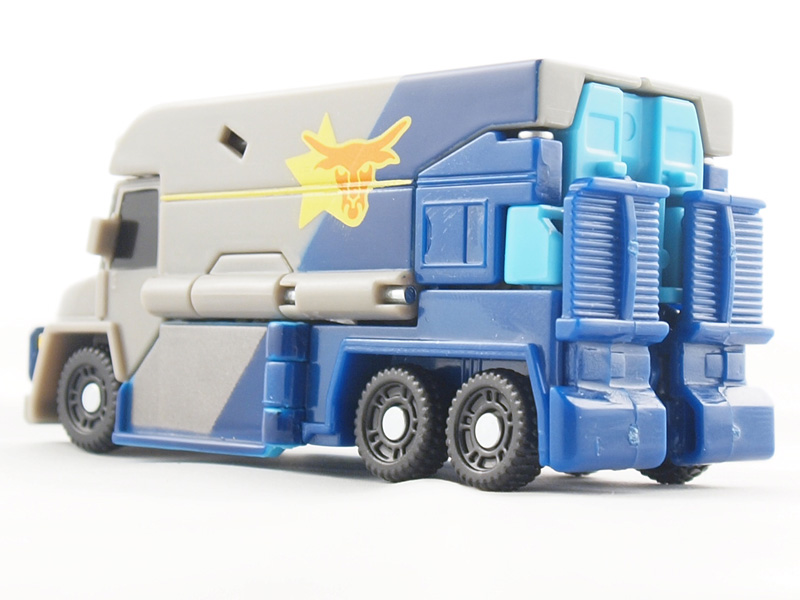 At first glance, it's easy to mistake the insignia on the panels as a Red Bull insignia. However, for those who remember RiD, you might recognize that symbol as the one on Ironhide's (Ox's) truck. The only detraction in this mode is the pair of hinges on the panel sides. If they had painted the horizontal hinge to match the diagonal swatch, it would have made a difference.

Nice panel truck except for the exposed hinges
Overall:

Rollbar continues the trend of well done scout figures for this line.