It would seem that the Deluxe class figures are going to get a smattering of original non-movie molds themselves. The first one out of the gate is Blaze Master, a first take on a deluxe class helicopter in quite some time.

There are a lot of Autobots who think Blaze Master is just a little haywire. He likes to hover over Decepticon squads, letting them notice him, and relying on his defensive system to protect him from their fire. It isn't until his targets notice him that he drops his payload of corrosive gel right on their heads. Watching a bunch of Decepticons break into a panicked sprint while their armor smokes and melts is what he lives for. 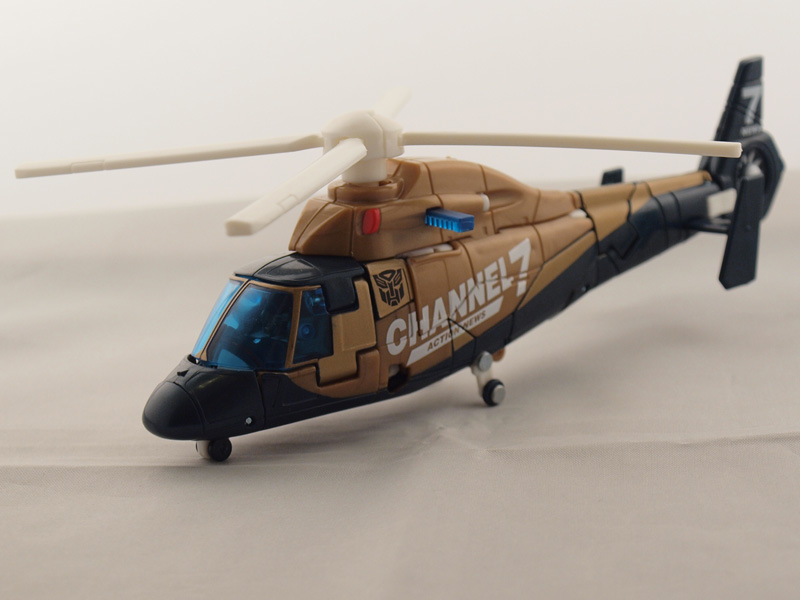 Blaze Master's alt mode is a 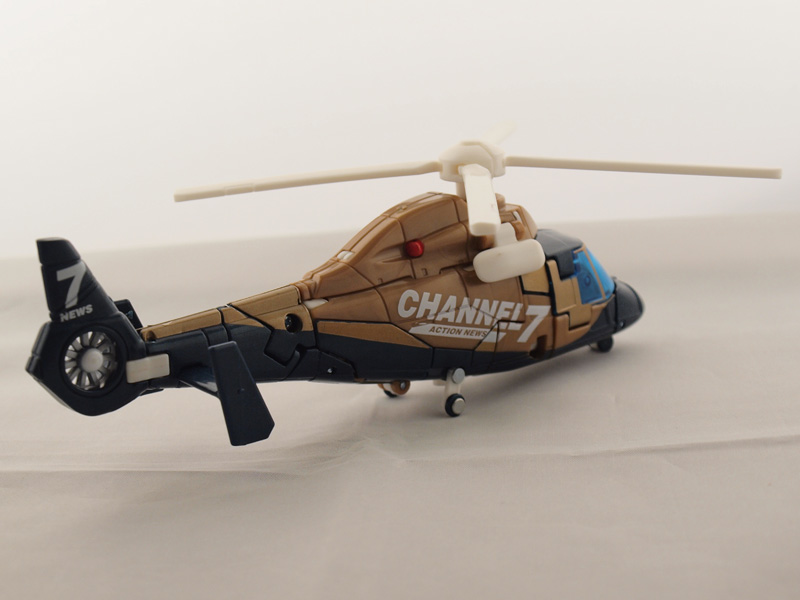 Even with it's small size, the helicopter still packs a gimmick. The blue lever on the left side allows for spinning blade action. The lever can stick once in awhile if used repeatedly. The many panel lines can also look a bit cluttered up close. This is especially true of a gap just behind and below the cockpit. Still, it's a very nice alt mode.

Beginby flipping up 2 panels just below the cockpit. To make things easy, remove the main rotors. Detach the tail assembly from the body. Peel the belly of the craft away from the sides, freeing up his legs. You can then pull that assembly down. Lift up the tail section so it's perpendicular to what will now be the legs. Fold out the lower legs, then bend the knees slightly for the "chicken" look. Rotate both feet forward. Split the tail rotor assembly in half. Pull back on each wing half, which will allow you to flip the two halves 90 degrees out from each other. Fold the rotors into the wings, then rotate the tail assembly 180 degrees.

Flip up both halves of the roof, then pull away and down at both halves of the cockpit. This will expose the head. Separate the fuselage in half. Carefully spread the arms apart so that they don't dislodge from their ball joints. Rotate the "claw" 180 out, then fold the fuselage sides into each other. Flip the shoulder assemblies 90 degrees out so they meet with the chest. Fold up the tail assembly, then insert the white support into the slot between the shoulder blades to lock in place. Separate the two halves of the main rotors. Each half goes into a slot on his upper arm. 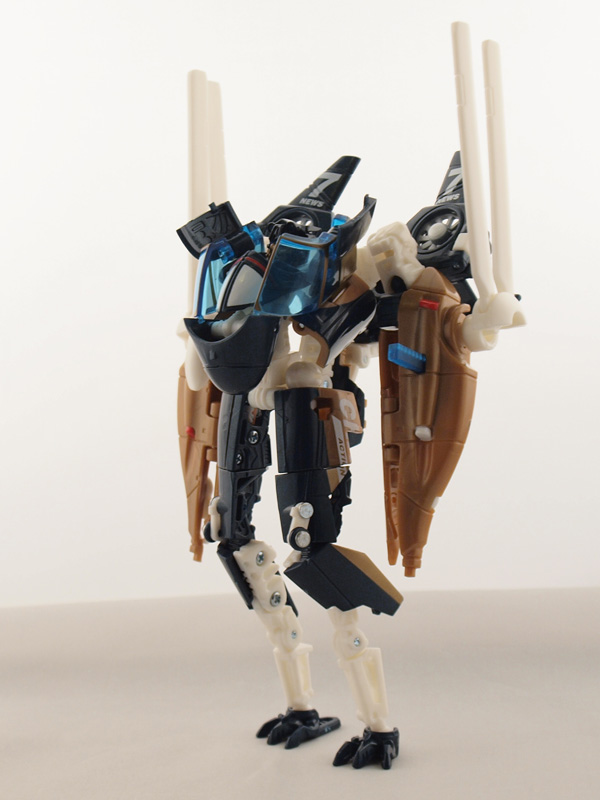 The best word I can use to describe the robot mode is "disproportioned". The legs are long and spindly, the chest is stubby and the shoulders are stooped. The head mold is nice, but it seems like some paint apps are missing on the forehead. If you go by the box art, it seems that way. However, the head is pretty nice looking and is piped blue. 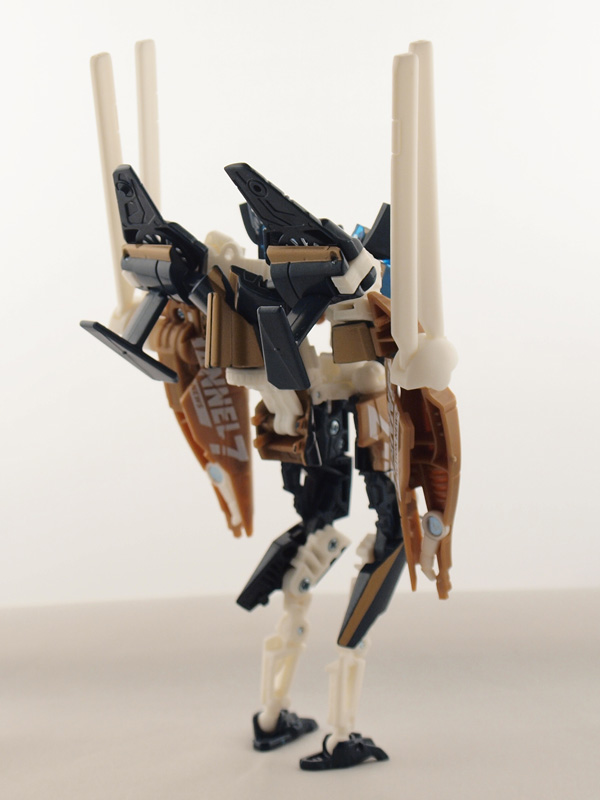 Perhaps the worst part of this figure is the Jazz arms. You would have thought that after the backlash they got from Jazz's arms that they wouldn't use that design again. At least there's the two blades that can be used... somewhat. However, the figure is pretty solid overall. That is, if you lock the tail section into the back right. Failure to lock it in place will make this figure extremely floppy.


Due to the design, the shoulders are extremely limited. The upper arms are pretty stumpy as well. Leg articulation is above average.

It's unique, which is enough to warrant a buy. Just don't expect much from the robot mode.