Okay, we already got a scout class Dead End. Why not confuse things more and make a deluxe Dead End as well? Before you think this as an "upgrade", there's reason to believe this is a whole different bot.

Creepy, dark, and depressed, Dead End has few friends, even among the Decepticons. He usually hangs out in the darkest corner of the room, where his eyes can glow to their greatest effect. He never speaks, unless it’s to say something gloomy. The other Decepticons avoid him, which suits him just fine. The only time they’re useful to him is when they’re recharging, and he can sneak up on them to drain energy. 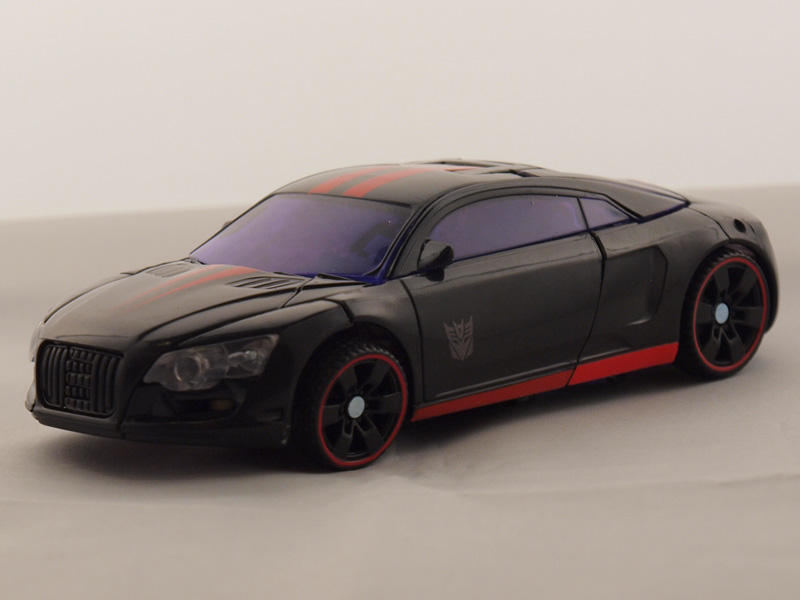 Dead End is a repaint of Sideways, being loosely based off the Audi R8 sports coupe. Color is black with twin red comp stripes going from front to back. He also sports red ground effect pinstriping. The rims are blacked out, as is the grille. 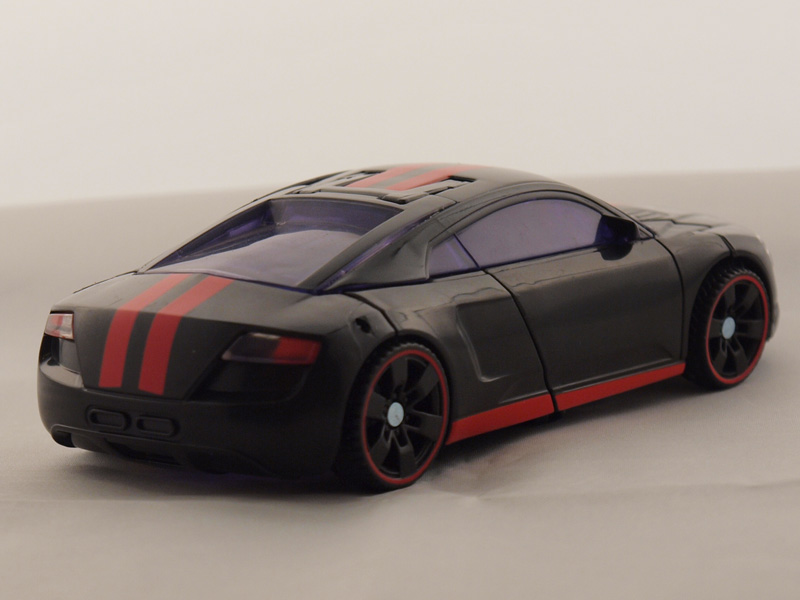 Unlike Sideways, the glass is tinted more of a purple. Detail wise, nothing changes. This includes the etched glass. Compared to Sideways, this is more of a tuned racer package.

Finally (no offense to anyone) but if you're gonna whine about how this figure is transformed like you did in the image gallery thread, do yourself a favor. Read the instructions and check the official pic on the back of the card. You know who you are. If you have a different method for transforming him that you like, that's perfectly acceptable. I go by the official modes. 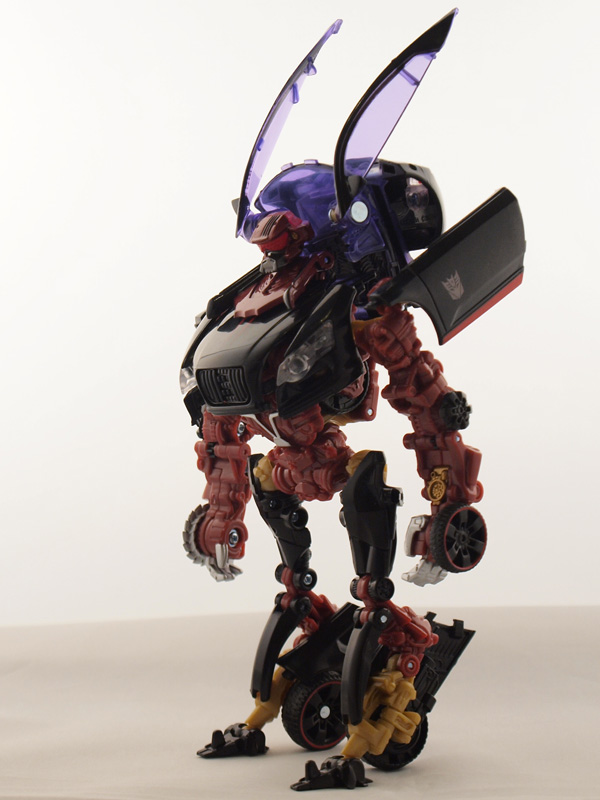 There have been a few figures that have used the Dead End name, but none have come any closer to paying tribute to the original G1 character as has this one. The bot mode reveals many new colors, including magenta and gold. The head mold is also all new, and also makes a good effort to recall the original Stunticon. 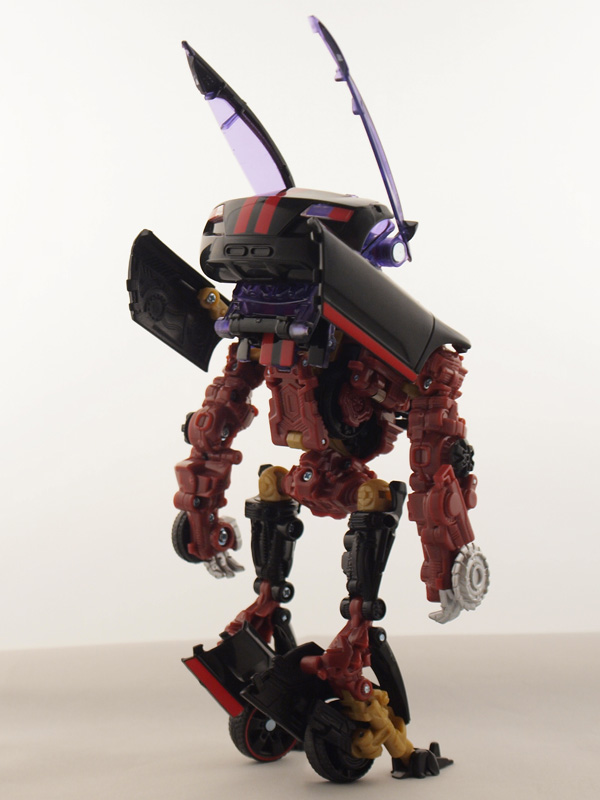 Besides the head and coloration, nothing else changes. He still contains the "spinning saw blade" gimmick and the Mech Alive feature. If you were a fan of the original cynic from 1985, this is for you. For those who have Sideways and don't have nostalgia for G1 days, he's still a good pick up. At least the coloration isn't as contrasting. 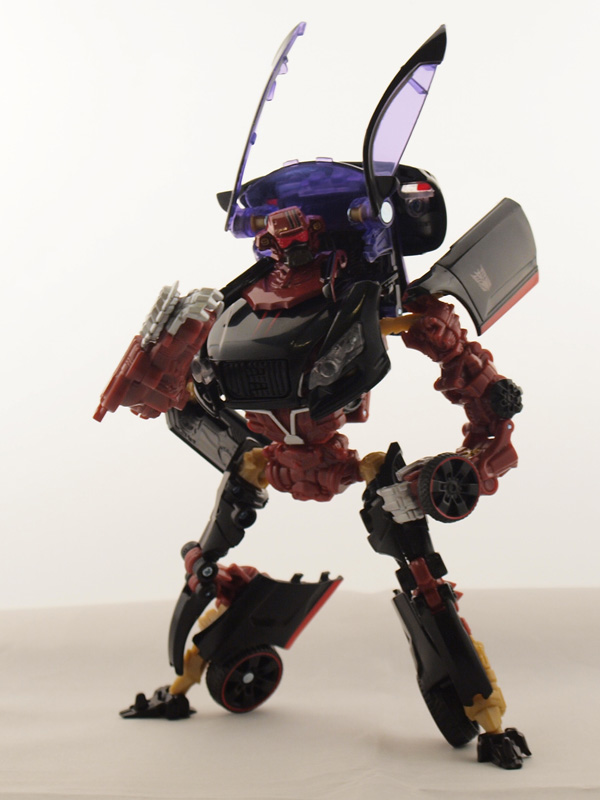 
Still has the small footprint, but he's workable.

Still a bad Mech Alive gimmick, but the colors are more pleasing to the eye.
Overall:

Best G1 iteration of Dead End yet, and a worthy repaint.