What would a Decepticon army be without jets? Hasbro seems to think the Cons need to bulk up their air support, as they have added Thrust in the form of a Breakaway repaint. Too bad he's a coward.

Thrust loves to fight, as long as he’s guaranteed to win. As soon as the odds turn against the Decepticons, he’s the first to run and hide. He relishes the chance to push around those smaller and weaker than him, so Earth is the ultimate playground. He avoids the Autobots completely, choosing instead to pick fights with small, lightly armed groups of humans. Even then, as soon as the humans roll out any artillery, or even rocket launchers, he heads for space, to lay low until he can stop shaking from fear. 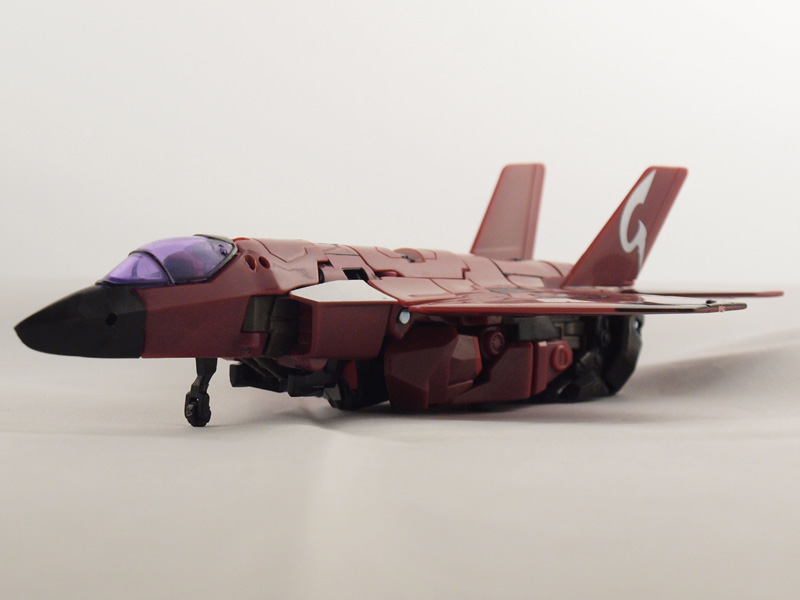 Thrust is a repaint of Breakaway, who is modeled after the Lockheed-Martin F35 "Lightning II" fighter jet. Unlike Breakaway, though, Thrust is pretty standardized in colors. The paint job is G1 reminiscent, with burgundy and black being the primary colors. The wings each have a Cybertronian symbol on them done in silver. You will note the Decepticon emblems on each wing. 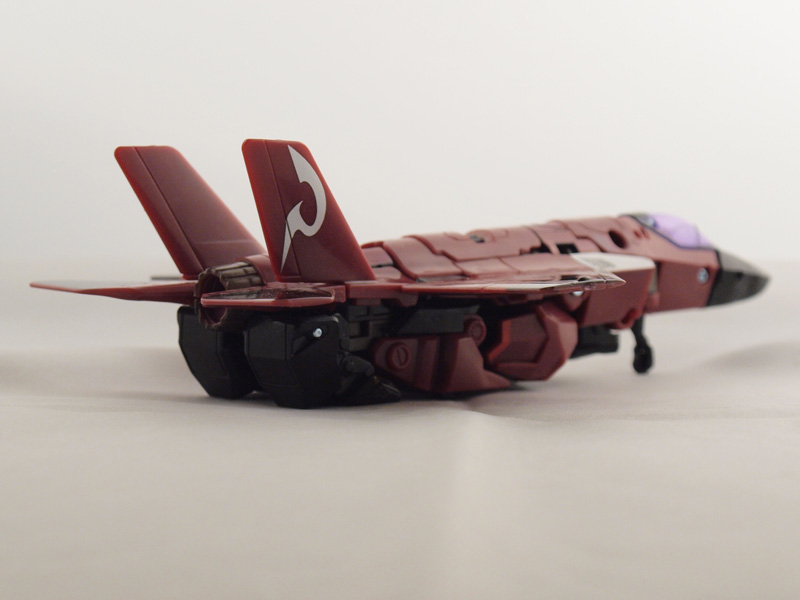 There are no mold changes in alt mode between Breakaway and Thrust, so all the main details are the same. The nose gear is retractable, while the rear wheels are molded into the belly. The cockpit is done in translucent purple. To me, this paint job is more pleasing to the eye. The multi-faceted colors on Breakaway just looked too busy. 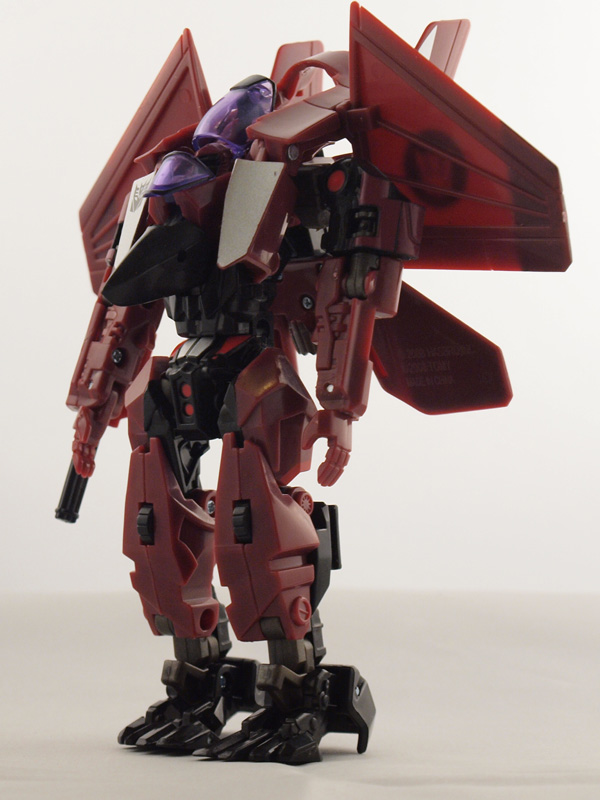 For the most part, Thrust and Breakaway are mechanically alike in robot mode as well. Thrust retains his burgundy and black color scheme, with notable exception being the chest flanks. Where Thrust does differ from Breakaway is the head mold, which is all new. Unfortunately, the already small head of Breakaway is now even smaller on Thrust. This makes it hard to get this head in any pics. 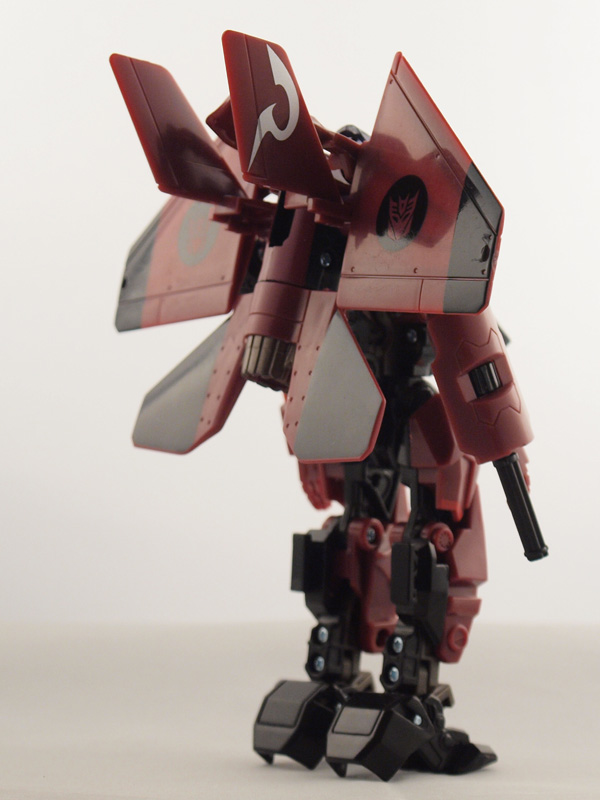 The same lame Mech Alive feature is also present in Thrust. If they skipped the Mech Alive thing and went for a launchable missile, there would hardly be anything to nit pick about. 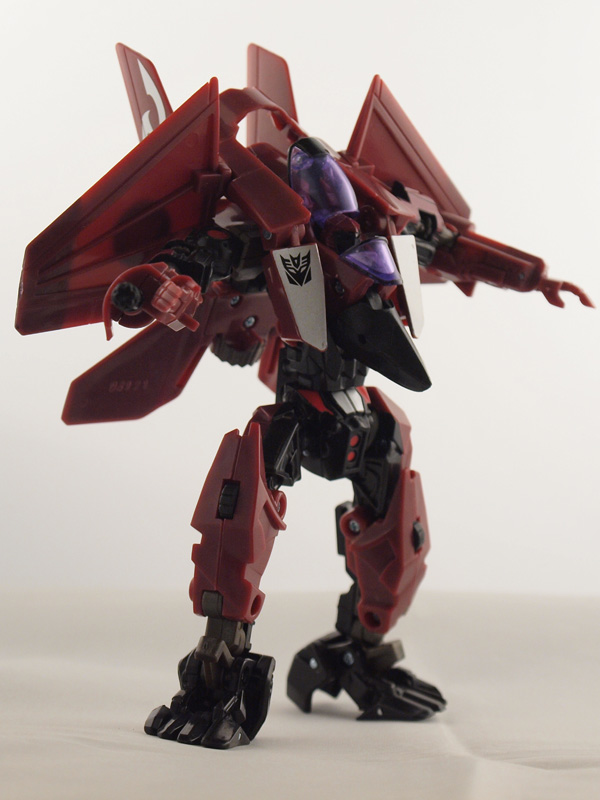 
Articulation is unchanged. The wing assemblies are the only thing getting in the way of solid poseability.

A slight improvement over the original, if not only for the more conventional color scheme.