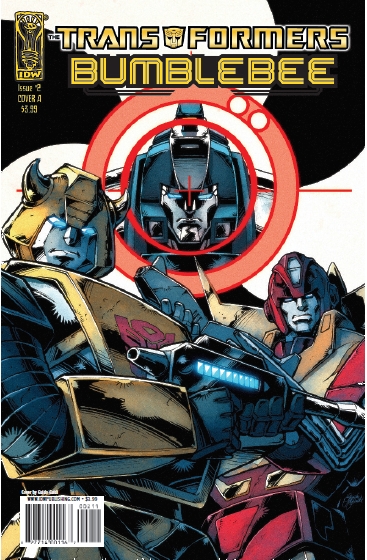 Two issues in and we’re still looking for the thrust of the story. Last issue seemed to promise some sort of epic hunt for one of the hardest to catch Autobots, Blurr. Blurr, however, is captured in all of four pages.

What most of this issue is concerned with is Bumblebee’s liberation from Skywatch due to damage to his “badge” during the capture. Why the same damage couldn’t be done to the other Autobot’s Skywatch badges is unclear.

Supposedly our yellow hero has learned something from this and is now a better leader. This is only evidenced by his immediately taking initiative and… giving a lame speech and leaving. (Apparently taking a page from the Ongoing’s Prime playbook.)

The Bumblebee series seems mired in its own attempts to explain itself.

Bumblebee hasn’t enjoyed his traditional G1 place in the spot light at IDW. Usually Bumblebee is front and center, especially in terms of Human interaction, frequently partnered with the principal human identification character, most famously Spike/Sam Witwicky. Now Spike drives a disabled Stunticon, and Bumblebee is just the yellow guy from Escalation and Devastation.

It’s not clear where this character is coming from. Rather than exploring that character, so far issue’s 1 and 2 have all been self expository convoluted plot. Not really going anywhere, and only pasting in unsupported moments of character development where convenient. 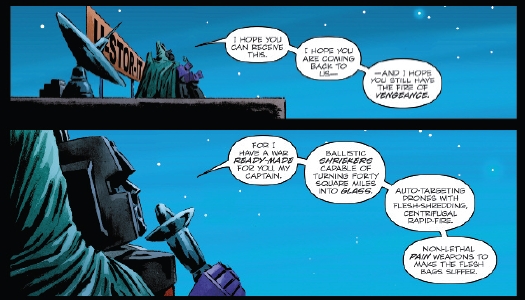 Chee’s art quality remains consistent, it’s very stylized, VERY ‘80s G1. Your either going to love it or hate it. It’s a dynamic style one way or the other. 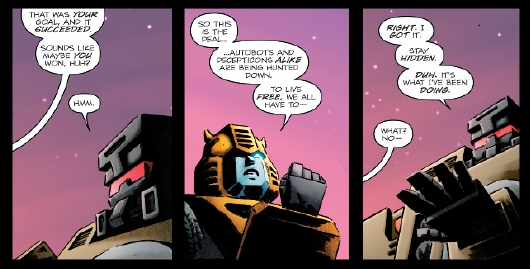