One of the pleasant surprises in the current movie line has been the Scout class figures. Learning from the mistake of rehashing Cybertron figures as scouts from the first movie, Hasbro instead has came up with all new molds to fill the underlings title. So far, they have mostly been a huge hit. A whole new wave is now appearing everywhere, and first up for review is Brakedown.

Decepticon scout Brakedown avoids contact with the enemy at all costs. His job is to observe and report, not fight. That's why he's geared for speed, not battle. Unfortunately for him, Mudflap has other ideas, and now he finds himself racing for his life away from the determined Autobot warrior 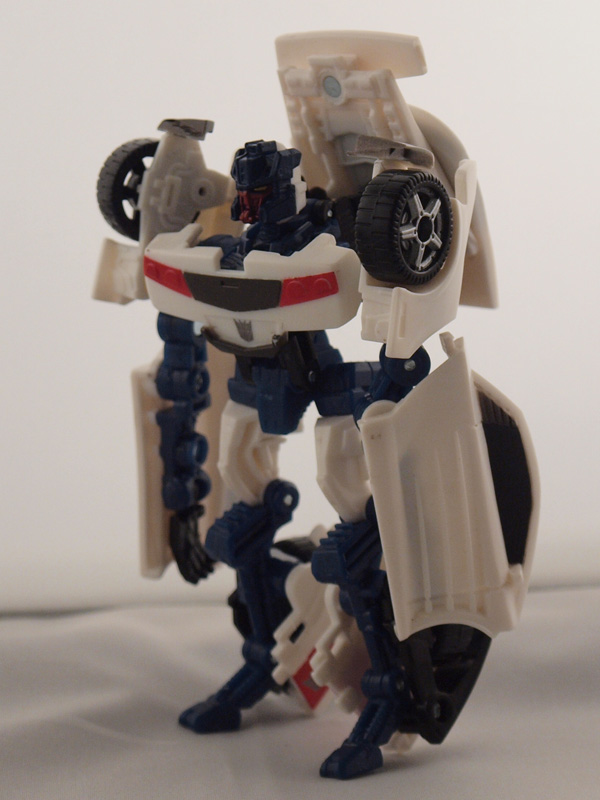 Brakedown is a homage to the G1 Stunticon Breakdown. Everything about him is a modern update of the leg component to Menasor, from the color scheme to the head sculpt. The white and dark blue cues are a great contrast 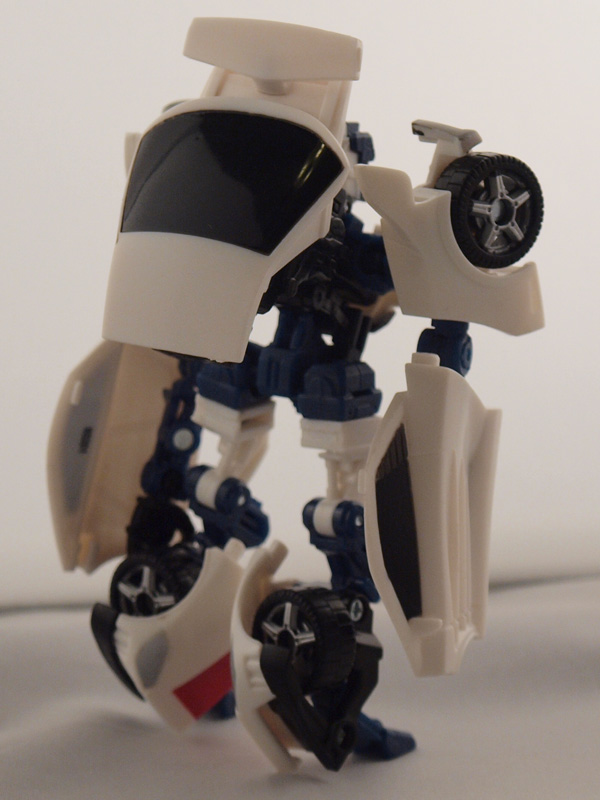 One area that the robot mode is a bit wobbly in, literally, is standing. The footprint is extremely small so you might have a hard time getting him to stand in anything more than conservative poses. Besides that, there's nothing really to fault. 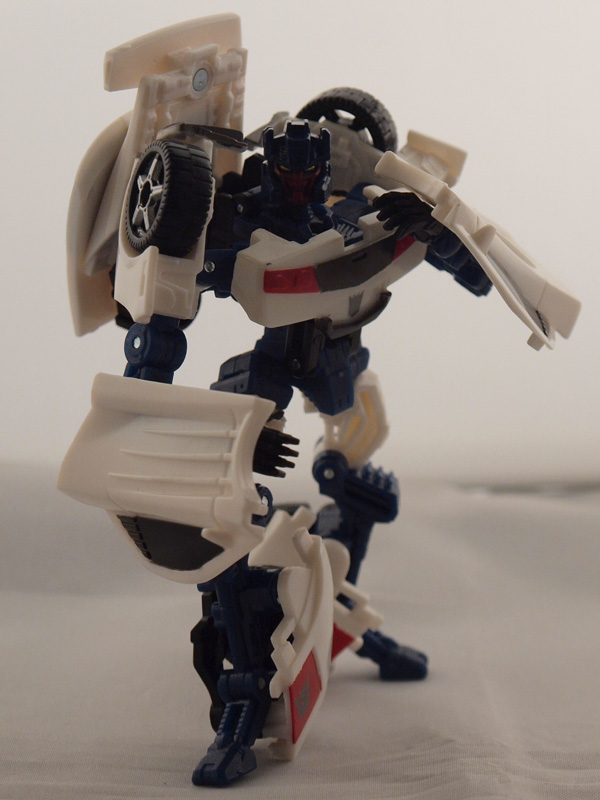 
Joints are set up extremely well for a Scout class, but it can be hard to get him to stand.

Push back on his head until it collapses into his back. Fold his feet into his shins. Pull down on the hood halves on his calves, rotate the legs 90 degrees so the wheels point out and joint the halves together. Push in the elbows so the doors meet up to the quarterpanels. Rotate the arms back to the wheels face front. Fold up the back to complete the rear end. Pull on the waist and work the cantilever joints until the front end is in place. Rotate the windshield and line up the tabs into the holes in the hood. Push the arms in and forward to finish. 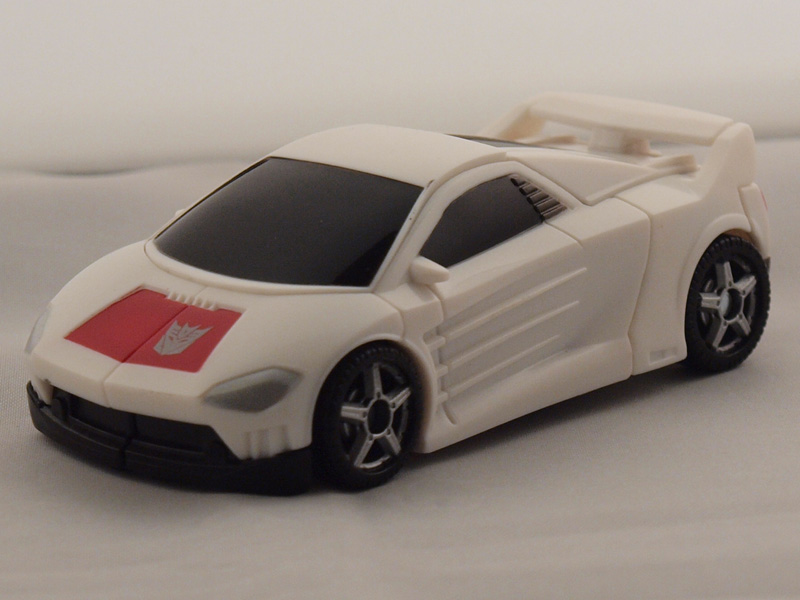 Even Brakedown's sports car alt mode screams G1, right down to the red hood accent. Because of the size, the car has cartoonish proportions and looks a bit stubby. At any rate, it looks great. 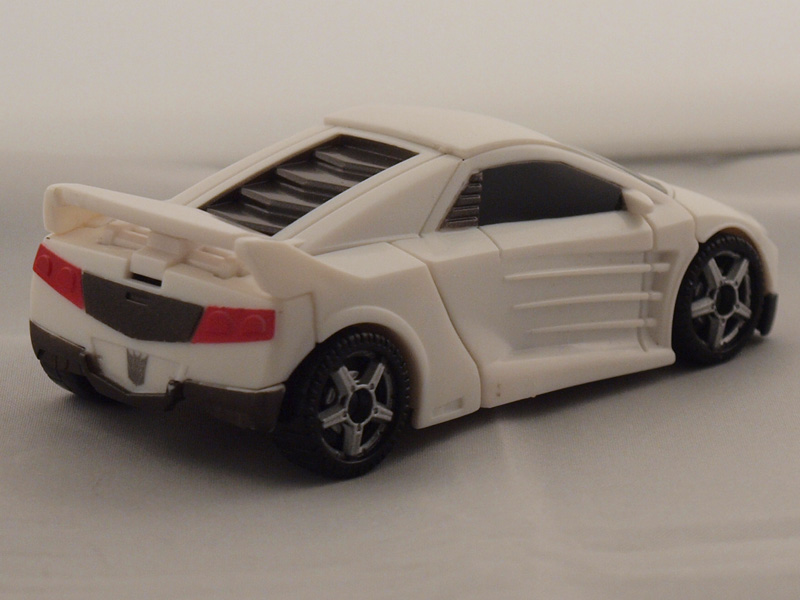 One area where the figure does lack is in the paint job. The paint seems thin, and with the windshield transformation the paint could wear over time if not careful. The figure here has some slight wear already, and that was straight out of the card.

No faults besides the thin paint job
Overall:

This is how a modern G1 interpretation CAN work for the movie line.