It's somewhat hard to believe, but the Cybertron line of figures has been almost 4yrs in the past. Suppose that makes it the right time to bring up former characters from the lineup. The first character called from that era is Scattorshot, who retains his Scout class sizing.

Scattorshot usually finds surprise attacks upsetting, if only because they interrupt whatever careful planning he's laid out. Chaos bugs him like nothing else, and nothing is as chaotic as an unplanned battle. Still, he can't help but laugh as Divebomb helplessly dodges his fire. Little does he suspect, but a second Decepticon is sneaking up on him from behind. 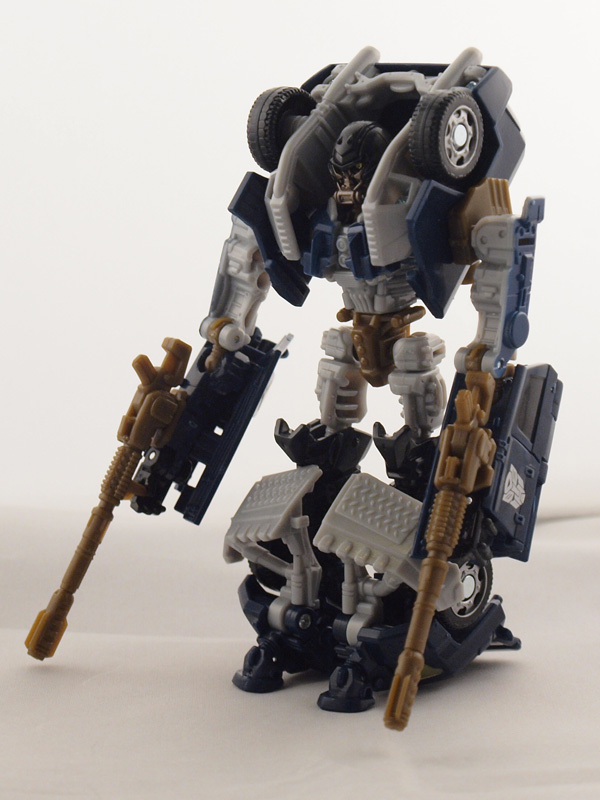 Scattorshot is a dark blue with unpainted limbs and mustard yellow paint apps. The head sculpt is detailed pretty well. With a little paint application in the unpainted areas, you could bring out the better part of his detailing. 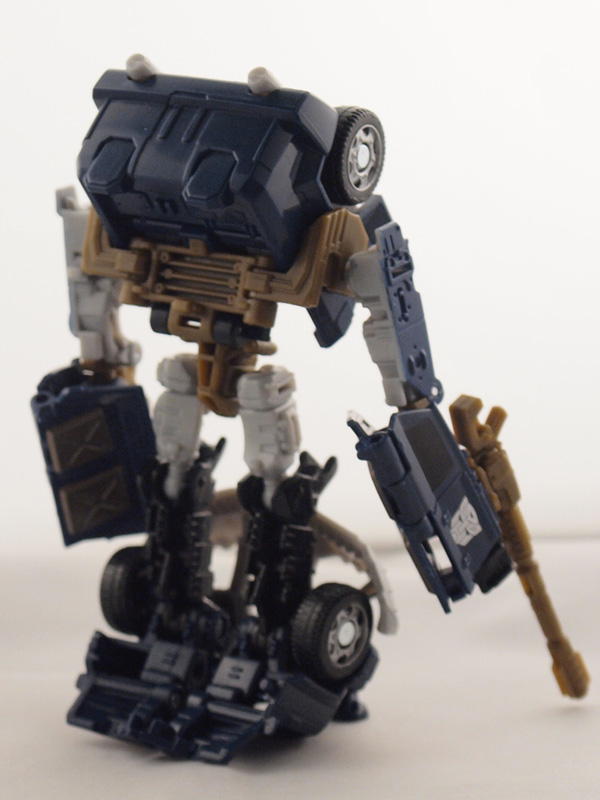 Scattorshot holds a laser rifle in each hand. Don't try to take the rifle's off those, as they are permanently attached to his forearms. The arms are ape-ishly low, which makes the guns drag on the ground unless you bend his elbows up a bit. 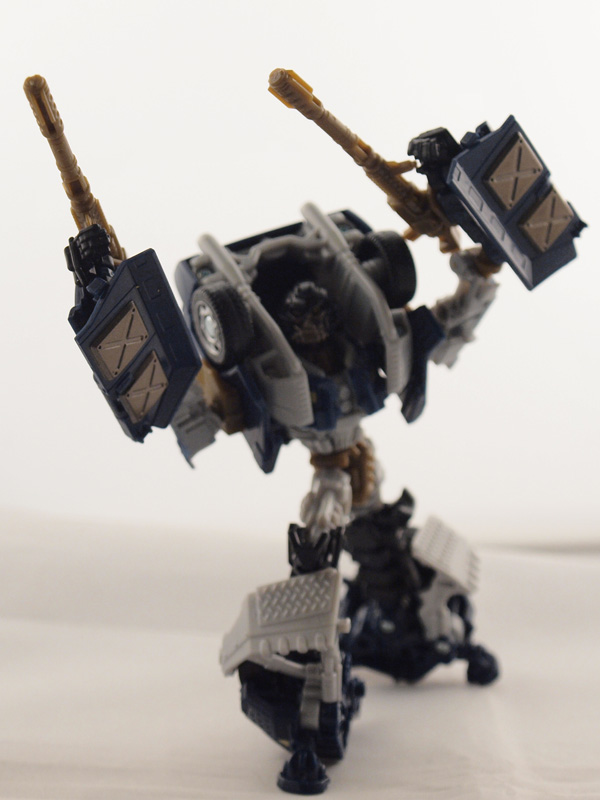 
The guns can impede on some poses, as you have to compensate by aiming the arms higher. The head has the articulation, but navigating it around the rear end kibble can be a bit of a hassle.

Pull the shoulders back from the chest. Pull the rear end forward until it completely covers his head. Take both arms and push back so the common bracket attached to them rotates 180 degrees. Position both arms so the guns point forward with the stalk facing down. Flip up the panels resting on his forearms. Making sure to bend the inner joint in his elbow first, bend the arms down and around 180 degrees. Rotate the guns 180 degrees so they face frontward again. Fold the panels down to the sides, then flip both arms up to join and form the roofline. Fold in the hands. Pull on his shin guards so the front end comes out facing down. Join the halves together and push up to join with the rest of the vehicle. It might take some fanangling to get it all seamless. 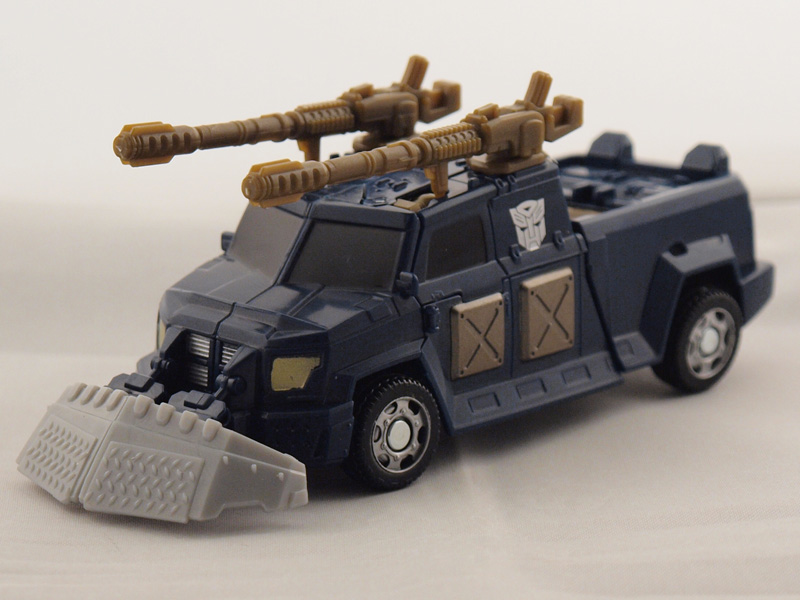 The end result is an anti-aircraft truck. The basic shell is a pickup truck, but the two roof mounted cannons, fortified door panels and Diamond plated steel plow up front say otherwise. The plow design in particular conjures up design elements from Energon Landmine. 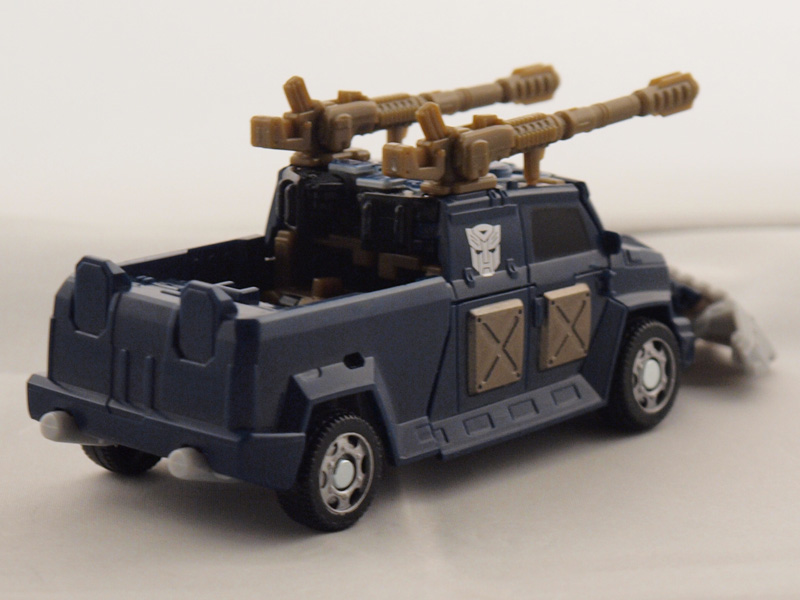 Each cannon can be aimed individually and have up to 180 degree range on the horizontal. They can also pivot upward for 80 degrees tilt, making them effective for anti-aircraft duty.