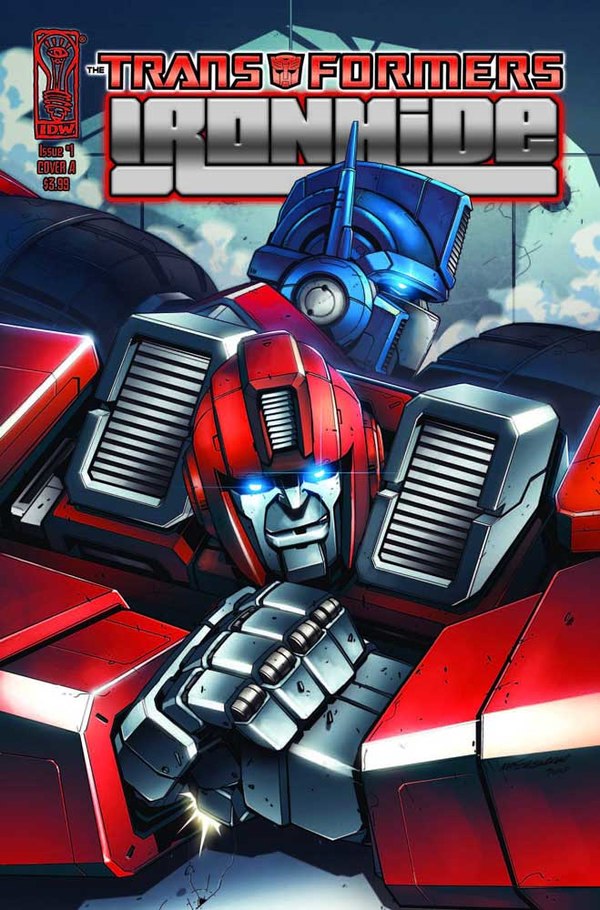 You have to love Ironhide. You have to love a character who is principally famous for getting shot. From More Than Meets The Eye, to the animated movie’s “heroic nonsense”, to IDW’s ongoing debut, Ironhide is always takin’ one for the team.

The announcement of Ironhide’s long overdue turn in the comic limelight came as something of a surprise coming, as it did, so soon after his famous and (sellout performance) as Hot Rod’s living body armor. Speculation flew, as it seemed that IDW had blunted the edge of its recent Ironhide perforation by scheduling his resurrection in advance. Fears/Hopes were abated/dashed when word spread that the series would catalog a past adventure of the worlds only bad-ass minivan.

The truth of the matter isn’t so simple. So is is resurrection or retro? The answers is: Yes. Kinda… Sorta… Maybe….

Ok, it’s to early to reliably tell, but if you think you know what this comic is about, you’re probably wrong.

After the Bumblebee debacle, another 4 issue mini featuring an under exposed A-list Autobot left one with a deep dark sense of foreboding. However, Ironhide #1 delivers.

Featuring a superb mix of combat and characterization set on Cybertron pre-Thunderwing, the issue is a delight to read from cover to cover.

I’ve always been a fan of Casey Coller’s Transformers. Ironhide #1 has re-affirmed my appreciation. The style is familiar and fun, detailed but never distracting, contributing to character with expressive faces, and kinetic action.

Mike Costa, taking us on this rare trip to war torn Cybertron, shows us the young counterparts to the Autobots who populate the ongoing series. The connections they share to their future counterparts are clear, and they all exhibit more than a little classic flare. Finally able to write “Autobots wage(ing) a battle to destroy the evil forces of the Decepticons” Costa really shines here. These characters and their world resonate, they make me want more.

This is a fantastic first issue. It’s self contained story is well worth the price of admission, and it ramps the series up to the rising action. Like all great comics, the biggest complaint is that there isn’t more of it after the last page. I can’t wait to see where this series is going. Don’t wait for the trade on this one. Ironhide is as good as it gets.