Seeker angst. It's plagued the fandom since 2007, when TFCC announced that Thrust and Dirge would be released as part of the 2007 Botcon set. Normally, figures released at Botcon don't make it to retail. Thrust in particular had fans in an uproar, and most though their only alternative was either ridiculously high prices on eBay or an import of the Henkei figure. For those still experiencing angst, you can sigh now. Dirge is on the way, and Thrust is hitting stores now.

Thrust was great to have around during the early day of the war, when the Decepticons won victory after victory. His thundering engines and shouted threats terrified the few Autobots that stood against them. It wasn't until later, when the Autobots got organized enough to put up a real fight, that Thrust began screaming like an alpha unit and fleeting at the first sign of danger. 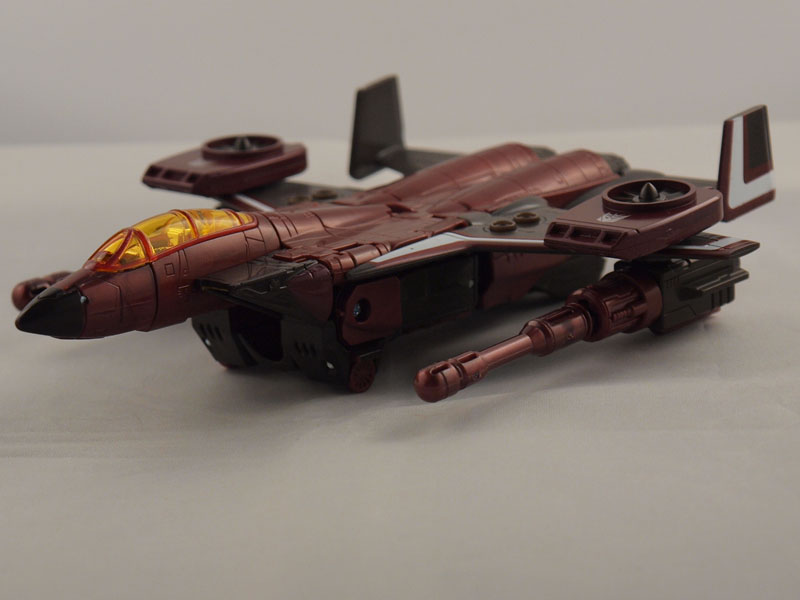 Thrust is a slight repaint of the Henkei version previously available only in Japan. There are a few subtle changes, including a yellow cockpit, a darker nosecone and darker wing assembly. 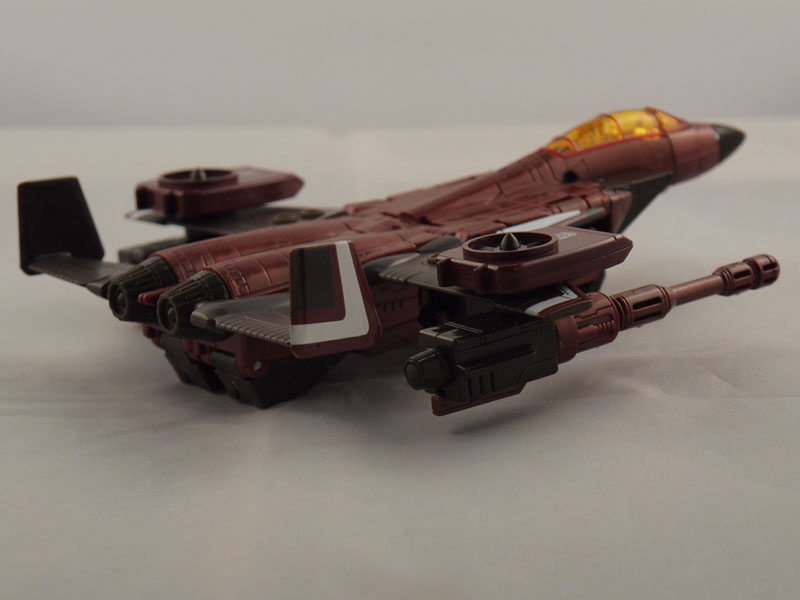 In comparison to the Botcon 2007 exclusive, it's a mixed bag. While the Generations mold looks sleeker, the VTOL thrusters are actually clip-ons. It's unfortunate that the best of both worlds could not be achieved (molded VTOL thrusters AND sleeker look), but beggers can't be choosers..

Identical to Henkei/Botcon versions, or to the Classics Ramjet figure. 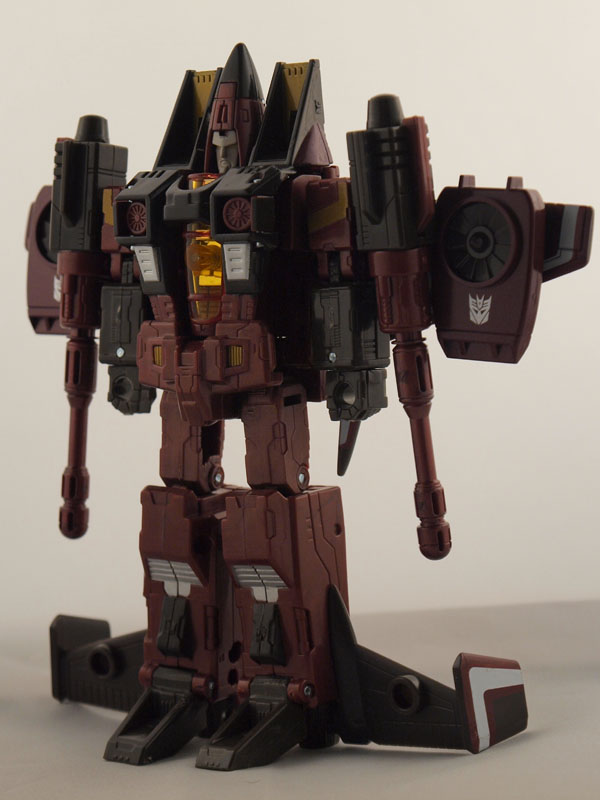 Whereas the Botcon version had more of a direct G1 feel and the Henkei model as somewhat vanilla, the Generations version uses the same scheme as other seekers released in the Classics or Universe 2.0 lineup. Personally, the Generations model has the best look in robot mode. The head coloration is also more G1 anime correct. 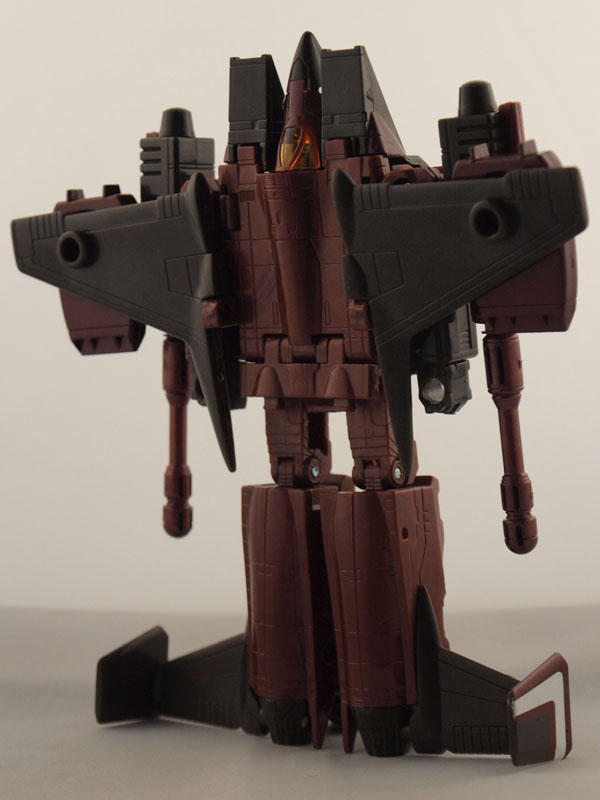 As far as any articulation changes, you're out of luck. This figure has the same pros and cons as other Classics seekers. That is to say, stiff joints and limited arc. Look on the bright side. At least now you don't have to pay crazy prices to import the Henkei mold or even crazier prices to get the Botcon version anymore. Maybe the seeker angst can go the way of Actionmasters. 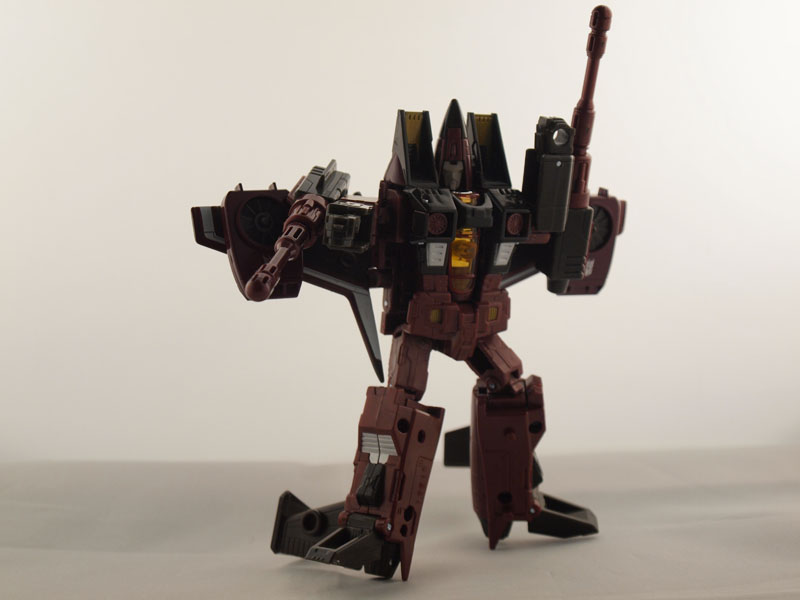 Sleeker than the Botcon version, but clip on VTOLs look a bit clunky.
Robot Mode:

An improvement over the Botcon version, but still a limited poser.
Overall:

Proof that, sometimes, Hasbro does pay attention to the adult collectors.