Downsizing seems to be a trend lately. Even the Transformers universe is no exception. Previously, Ratchet shrunk down to Deluxe proportions. Now, it's Ironhide's turn.

Ironhide is always looking for a challenge, which is why he volunteered to hunt Hailstorm solo. The two used to be in some of the same weapons clubs back on Cybertron, so Ironhide knows exactly how dangerous the Decepticon weapons specialist is. He's looking forward to the chance to test his new weaponry out against a guy with as much firepower as Hailstorm.. 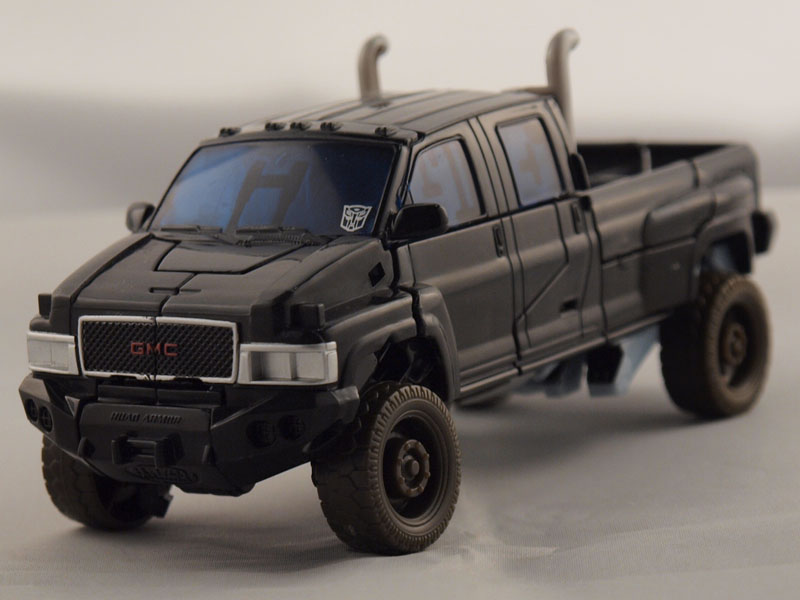 Ironhide's GMC Topkick alt mode is still beefy looking despite being smaller. However, a lot of the detail is lost. The headlights, GMC badge on the hood, tail lights and grille surrounds are painted... and that's about it. On the lower left corner of the windshield, you'll spy an Autobot insignia. 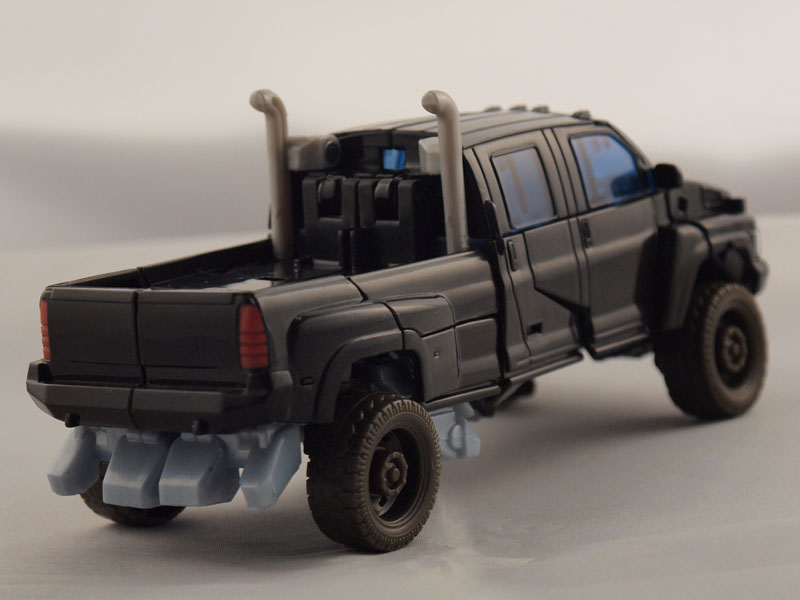 The ornamental tailgate is gone, as are the weapons on his sides. However, you do get a weapons drone. The drone attaches to 2 tabs on the bed. It can also transform. into a three legged automaton. Each of the three legs are separately pinned, so you can get some posing out of it. 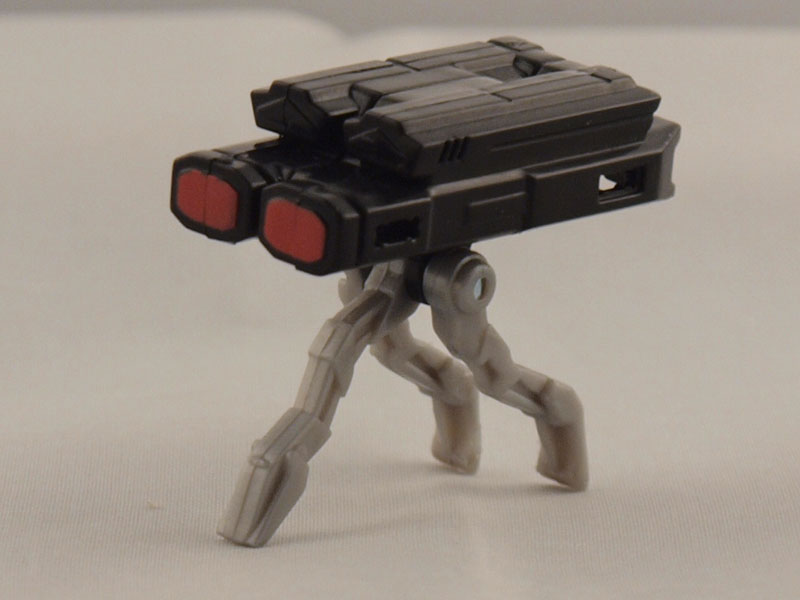 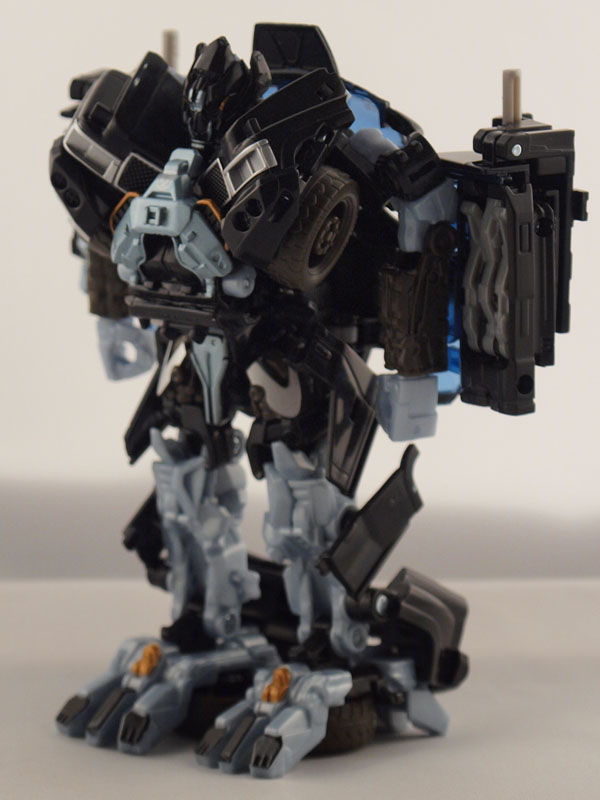 At first glance, you might almost think they were resurrecting the Premium lineup again, as the limbs and chest are done in the Allspark Blue scheme. Surprisingly, the head sculpt is done nicely here. I almost like it better than the Voyager class head. 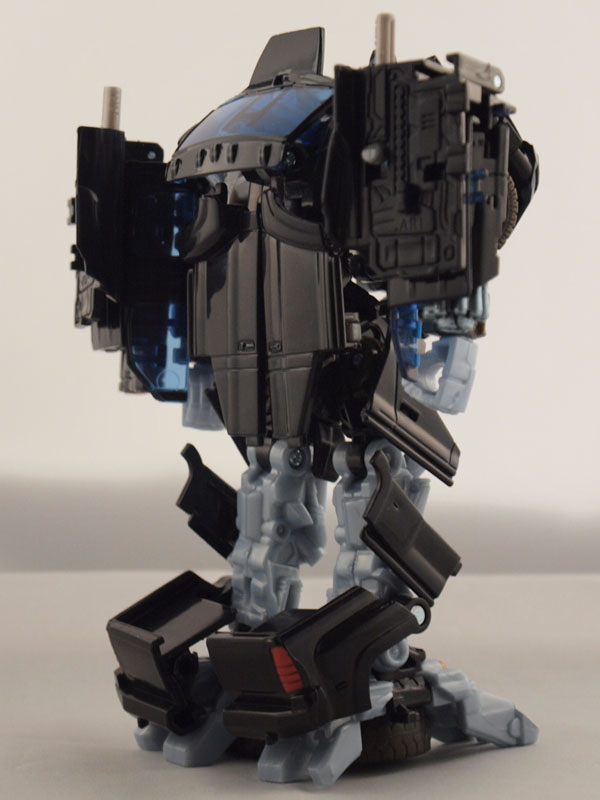 His right arm holds his gatling gun, while his left arm has a mount for the weapons drone. It attaches with the top sliding against the side panel. He might be smaller in scale, but he's still got the firepower. Overally, a better translation from Voyager to Deluxe than Ratchet. 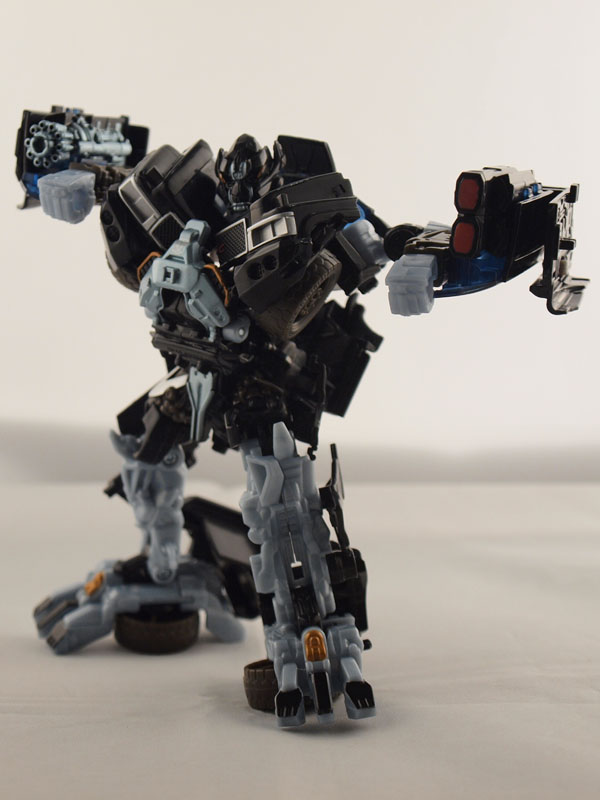 
You'll have to move around some panels to take full advantage of Ironhide's hip articulation. Also, the chest halves don't stay in place too well, so care is needed when setting up arm poses.

Could have used a spot more detailing to be perfect.
Robot Mode:

The loose chest will frustrate those trying to pose the arms.
Overall: