Toys R Us is blessing (or for some, cursing) Animated fans with one more go of exclusive figures. This time around, we get the much anticipated Rodimus Minor figure, as well as Ratchet's 'twin', Ironhide.

The Autobot army has never seen anyone tougher than Ironhide. Back in boot camp, the trainees considered it good fun to take their best shot at denting his armor. No one ever could. Now, on battlefields across the galaxy, Ironhide uses his ultra-hard armor and fighting skills to battle Decepticons wherever they appear

Able to transmute his armor into an indestructible alloy
Enjoys playing practical jokes on other young Autobots
Has plenty of weapons, but prefers a good fist fight 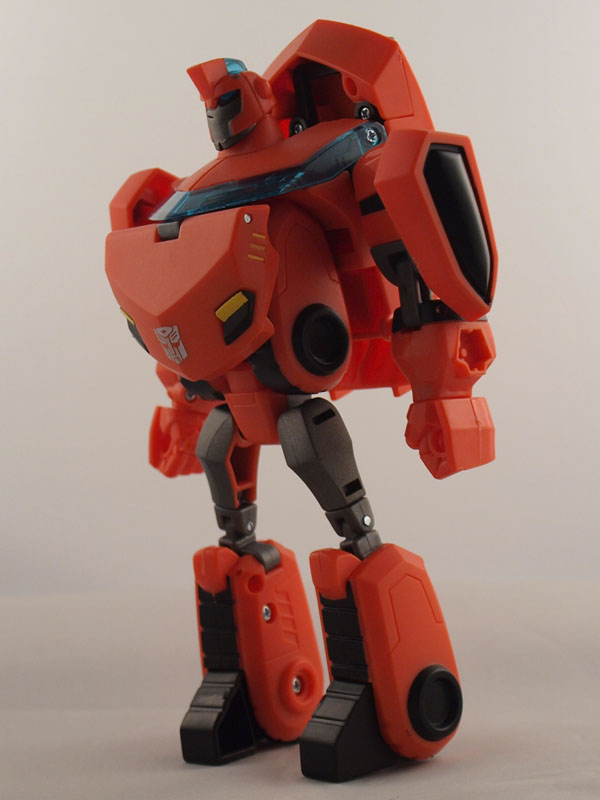 Ironhide is a mostly repainted version of Cybertronian Mode Ratchet. The big difference, of course, is with the head, which is completely retooled. I imagined him having a slightly bigger head, though. The one he has seems a bit... stumpy. At least the blue piping is there. 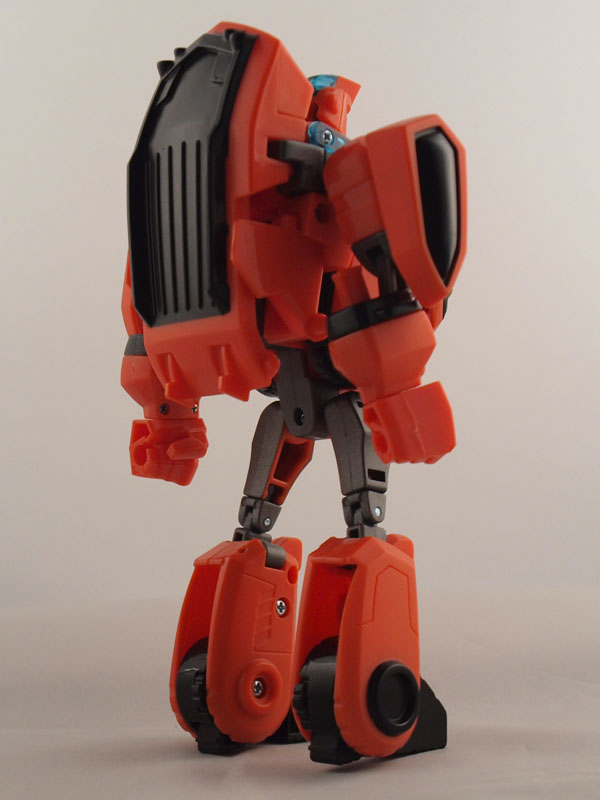 There's an air of laziness with the Ironhide figure. Even the instructions show Ratchet, only changing the title of the instructions. The hammer attachments for his hands still exists, as well as the provision for the EMP generator. 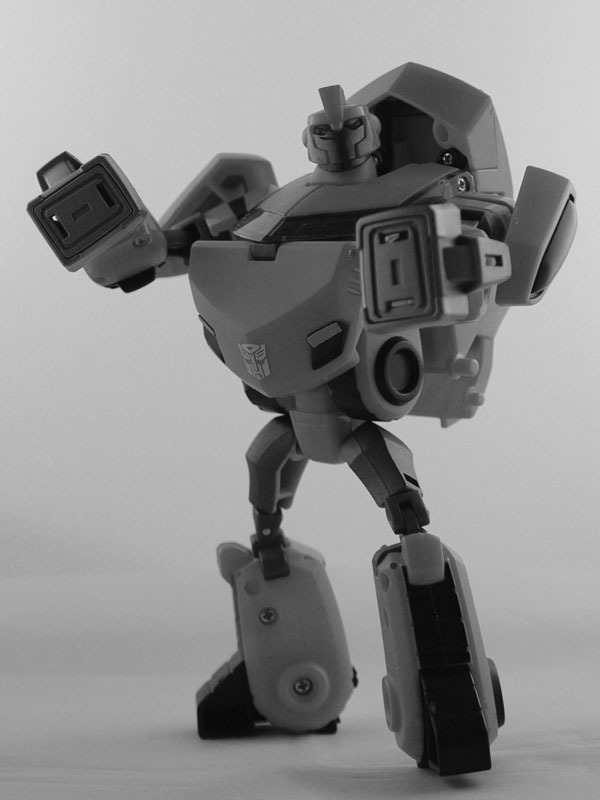 
A solid figure, overall, and not plagued with the loose elbows that my Ratchet had before. 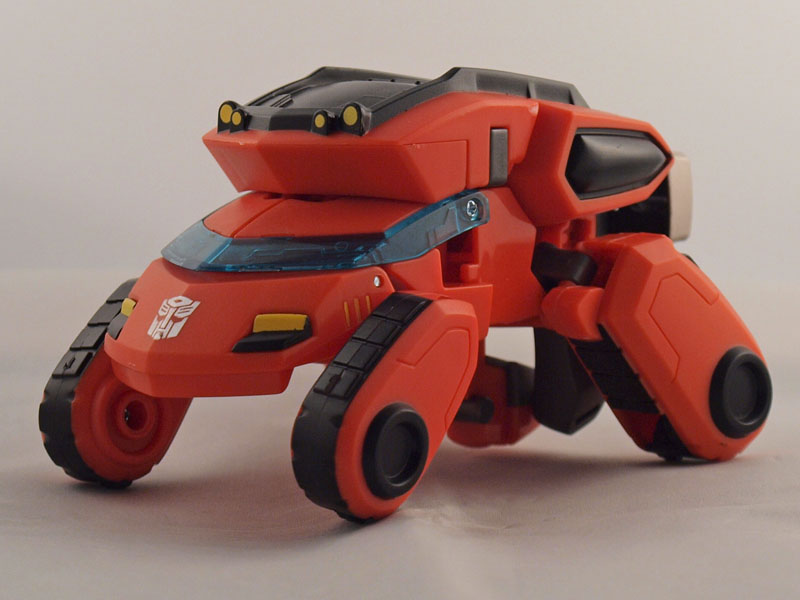 In his alt mode, there are no mold changes. The paint job is a rather drab orange with some yellow and black accents. The roof rack and clearance lights remain. 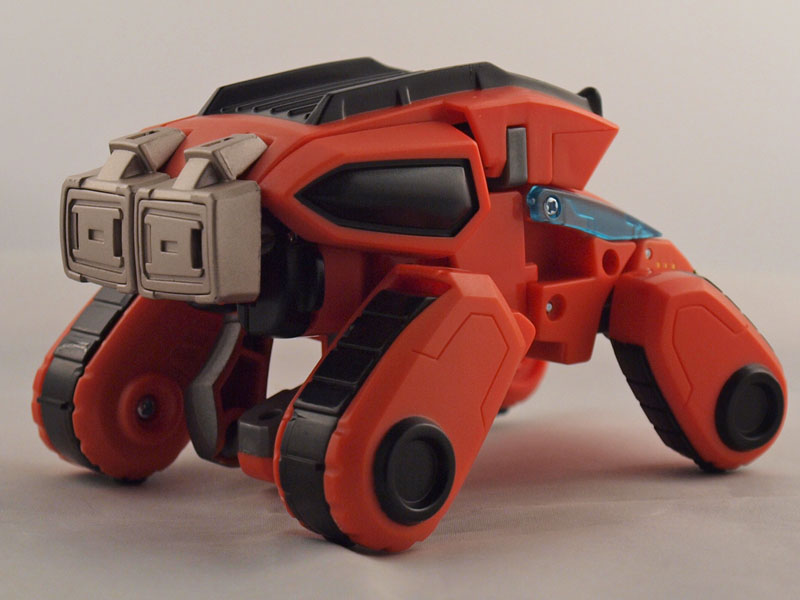 Even with Ironhide, I can't bring myself past the unrefined parts of the alt mode. The side profile especially looks unfinished. Fortunately the robot mode more than makes up for the shortcomings.

- All the highlights of Ratchet, now with a new head.
Alt Mode:

- All the shortcomings of Ratchet, with a dull paint job to match.
Overall:

- A nice exclusive. Worth it for the robot mode. As a bonus, I can see many heads being taken for a kitbashed Earth mode.
Class: Deluxe
Price:$12.99, Toys R Us Exclusive