You can tell that there are classic car and hot rod lovers on the TF design team. Every so often, we get an interpretation of such a vehicle, and it normally goes over very well. This time, they go for the hot rod motif with teh Scout class figure Hubcap.

Hubcap never liked the way Brimstone pushed other robots around, and he never made any effort to hide his disapproval. The two robots have clashed more times than either of them can count. Now their rivalry has moved to the urban drag strips of Earth. Brimstone may consider himself king of the road, but Hubcap won’t give up until the so-called king is just another wreck. 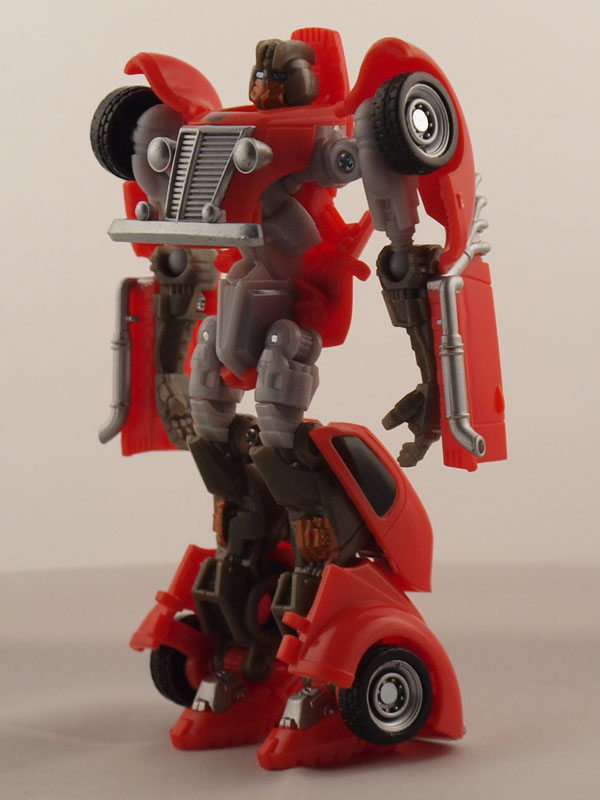 Along with the orange that can be found on the outer edges and back, Hubcap also uses 2 shades of gray on his body work. You'll note a small Autobot insignia on his chest. The head sculpt is simplistic, yet matches with the rest of the body. 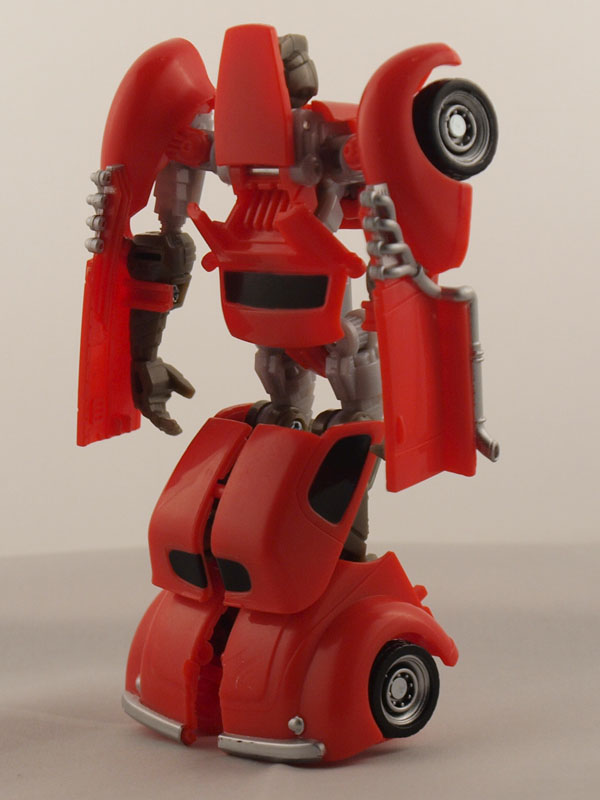 As with a majority of the Scouts, Hubcap has no weaponry. That's alright, because he has plenty of moves to match. Articulation is high on this figure and continues the positive trend that's been found with the Scouts. 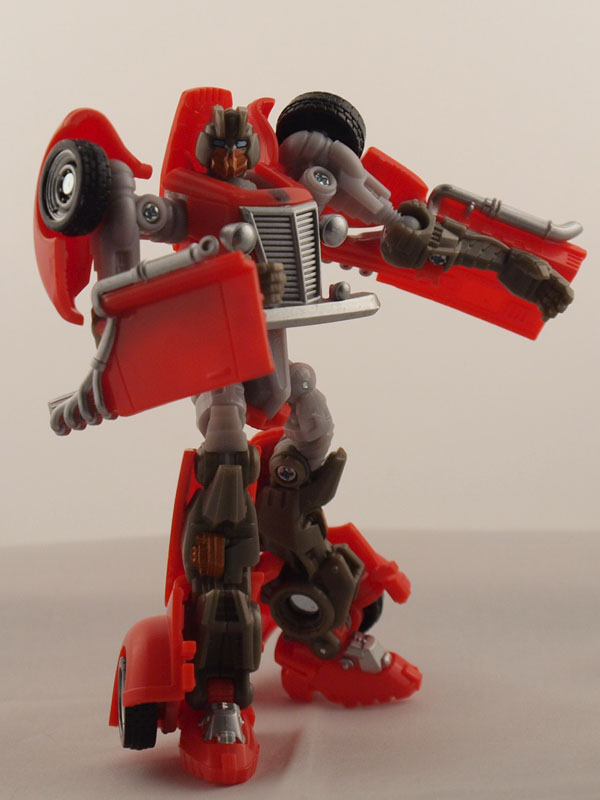 
Due to the kibble on his shoulder, spread is hampered.

Fold the feet up. Position the rear glass of the alt mode to flush with the rear end on the legs. Lift up on the chest and conceal the head. Fold in the knees so that the roof of the cab flushes with the windshield. Push the shoulders up and in to complete. 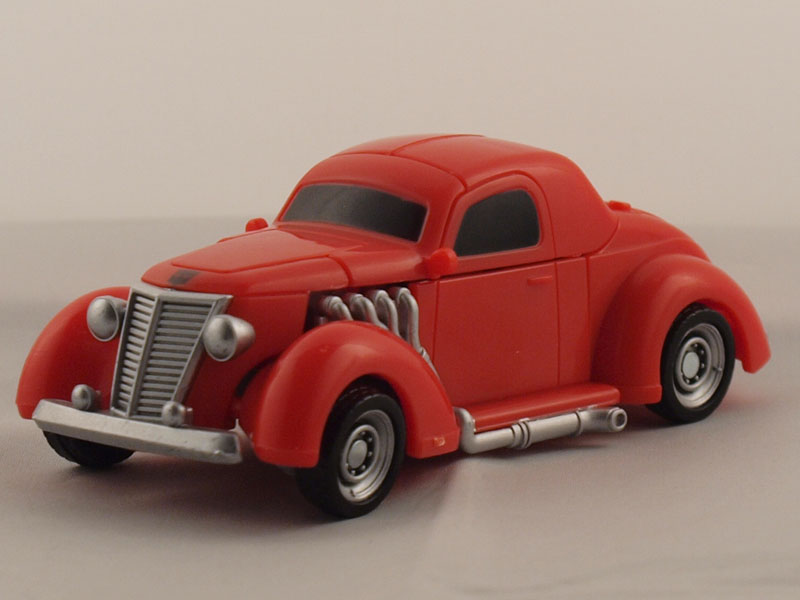 Hubcap's alt mode resembles a modded 1930s era Ford Business Coupe. The body work is a very bright orange with blacked out windows. Mods include the exposed headers with side pipes. Interestingly enough, Hubcap has, well, no hubcaps, going for the exposed rims. 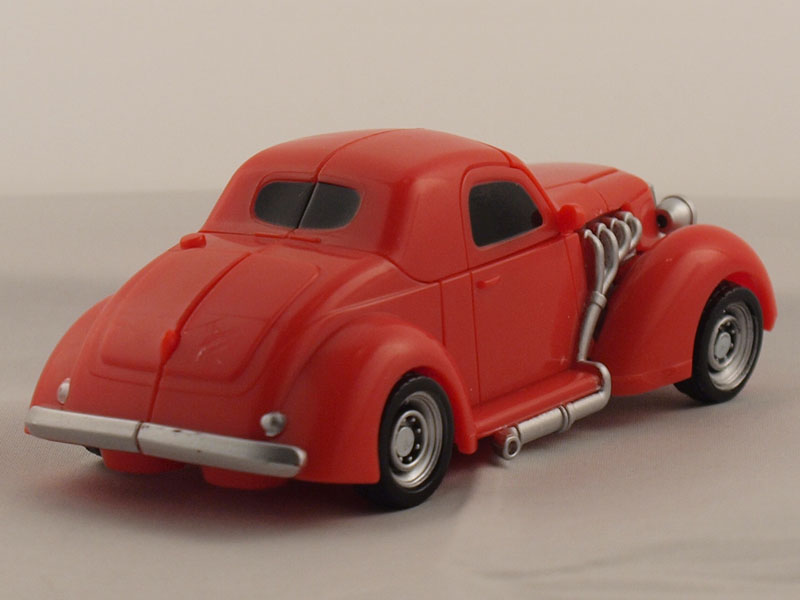 I'm always a sucker for a classic car and I have to admit that I haven't been able to put Hubcap down since I got him. He's simple, but so alluring. Both modes were well executed as well. I think I just found my favorite Scout of all time.

He might be simple, but he's definitely a jewel.