Drift opened up the Generations line-up with a bang. Possessing a stellar alt mode and an extremely versatile robot mode, he took deluxe molds to the next level. However, Hasbro is never one to leave a mold used only once. This means Blurr gets his shot with the mold.

There are those who suppose, based on his high-speed history and fast-talking demeanor, that Blurr lacks patience. Those people are wrong. He appears to be always on the move because he always has somewhere he needs to be - delivering a sensitive data packet, or a round of electro-laser fire to a Decepticon squad. When he must wait, he can do so in absolute silence and stillness for hours, until his target is centered in his crosshairs. 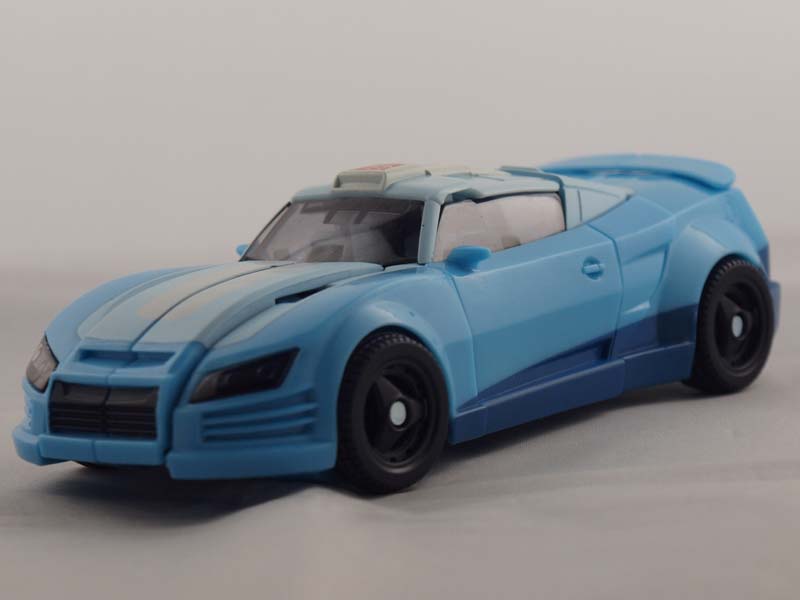 Blurr shares Drift's alt mode. Although there are no mold changes, the paint scheme is in keeping with Blurr's usual palette. The upper half of the vehicle is done up in sky blue, with the lower body painted a medium blue. The wheels are completely blacked out, and the headlights feature smoked translucent lensing. 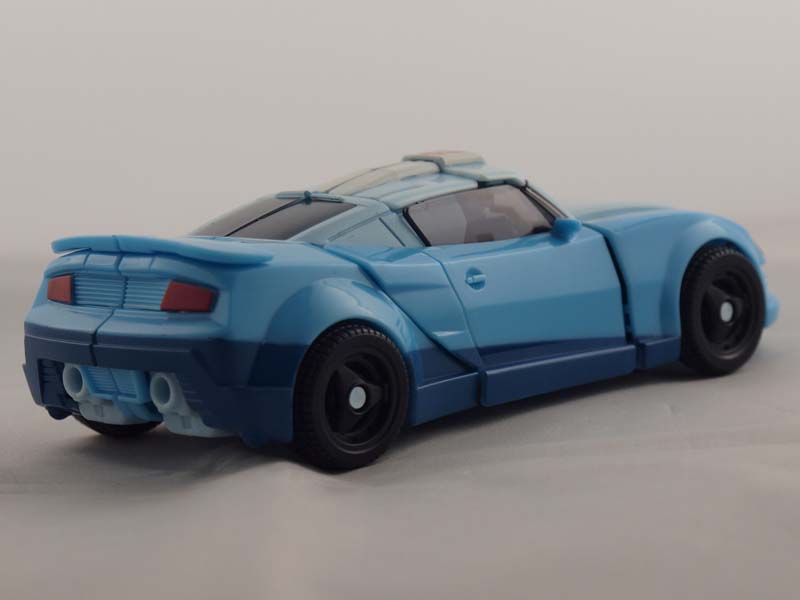 To me, this alt mode really doesn't suit Blurr too well. After all, Blurr is usually represented by a futuristic vehicle mode that screams "I'm gonna leave you all in the dust". This simply looks like a lightly modified sports car. Blurr deserved better. 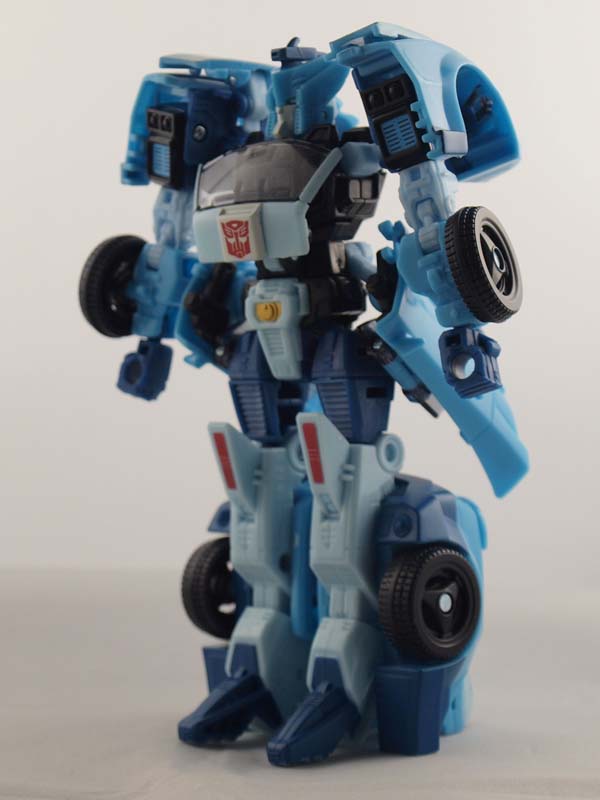 Blurr's coloration changes very little in robot mode. You will notice the gold-like orb on his groinplate, as well as the red accents on his knees. You will also note that the head is a completely new sculpt. However, it is not piped and, personally, doesn't represent Blurr too well. It looks matured. 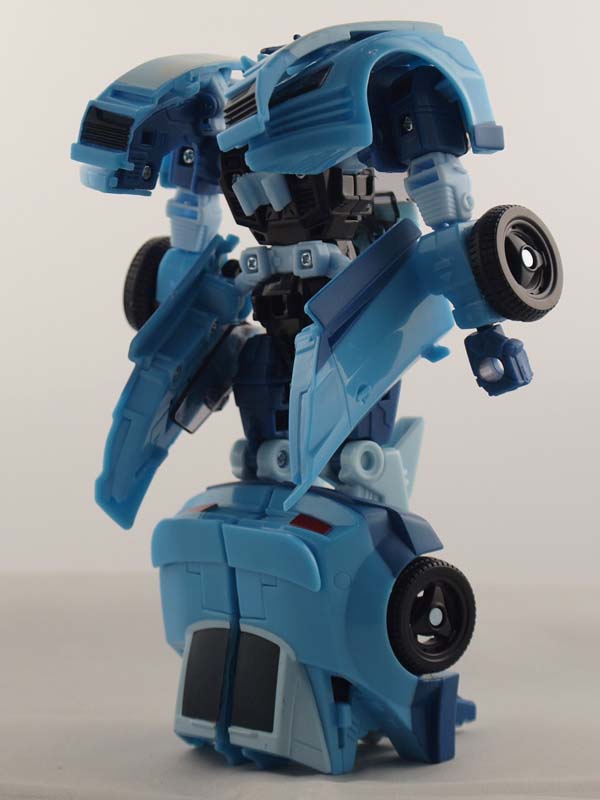 Blurr has no sword, but he makes do with two hand pistols. These pistols store in a pair of holsters on his hips, the same ones Drift used for his combat swords. The guns fit nice and tight in his hands. If you prefer something a little more powerful, Blurr also has a very big gun with a long barrel that he can utilize instead. 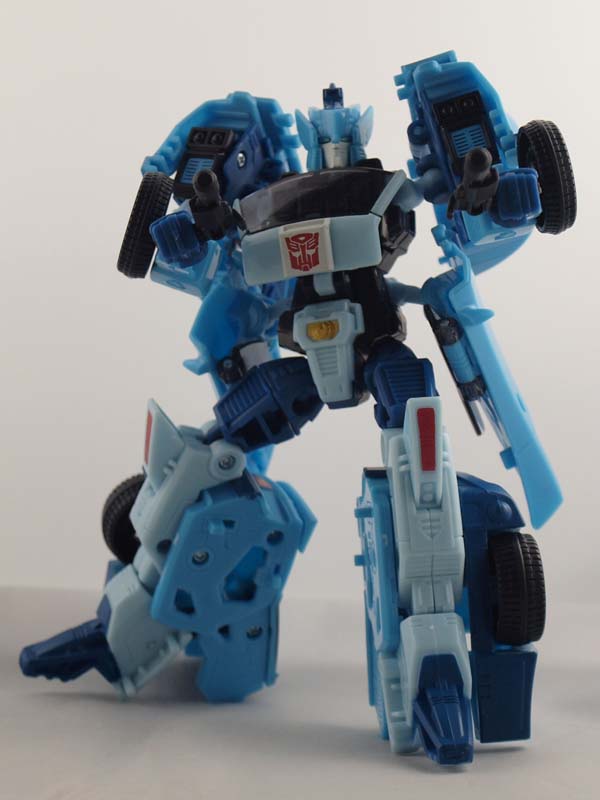 
As with Drift, the hip holsters are the only thing that keep Blurr from being absolutely perfect in articulation 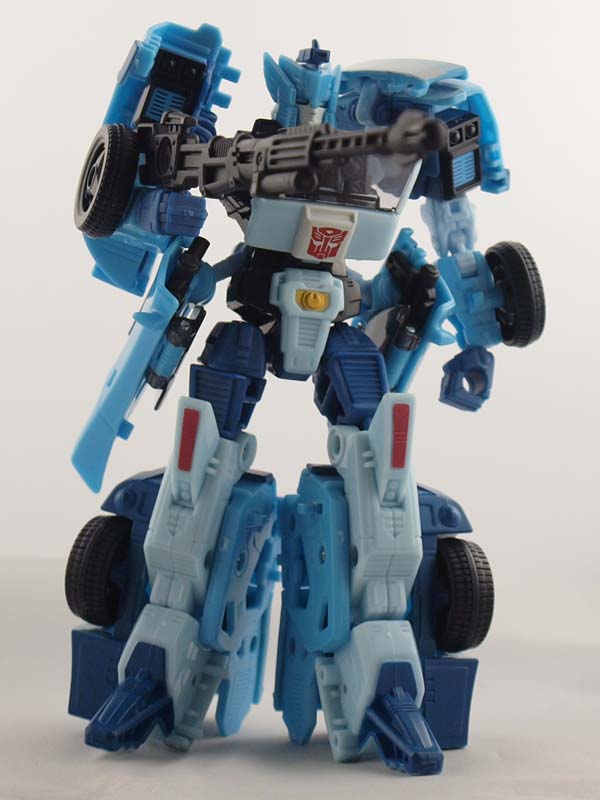 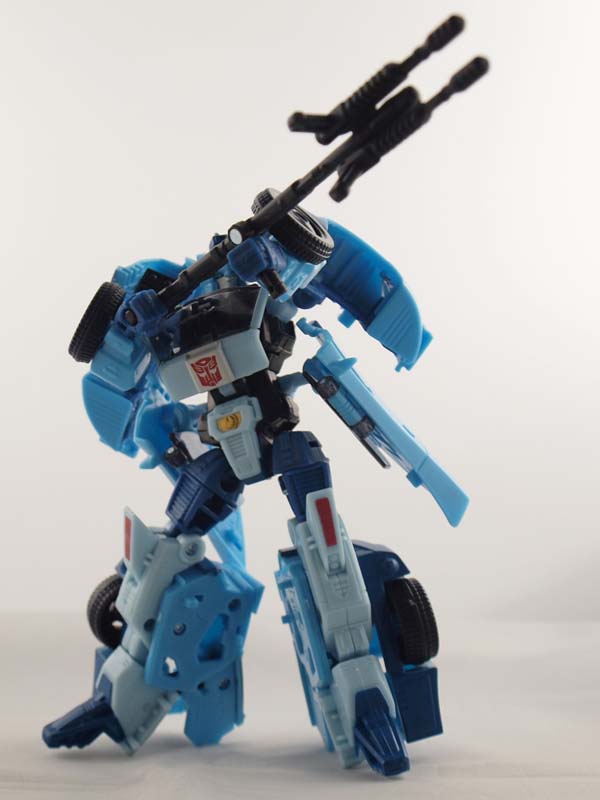 While examining the cannon, I noticed a piece that flips out to form a mid-barrel hand grip. I looked in the instructions and found nothing about this. However, I also remember the features saying that the hand guns could form a cannon bipod. Fiddling around, I came up with this weapon. Simply take the tabs on the barrel tip of the hand pistols and insert them into the barrel tip of the long rifle. The result is a very serious weapon indeed!

This mold was ripe for a great repaint. They just picked the wrong character.