The last movie Deluxe class helicopter we ran across was, well, not exactly stellar. Hasbro decided to give it another go and now gives us Tomahawk.

Tomahawk may be slow, but he's made a career out of taking on Decepticons faster than him, and blowing them out of the sky. He uses himself as bait to draw in overconfident Decepticon aces, then he fills the sky around them with heat-seeking missiles. Jetblade and Terradive don't stand a chance. 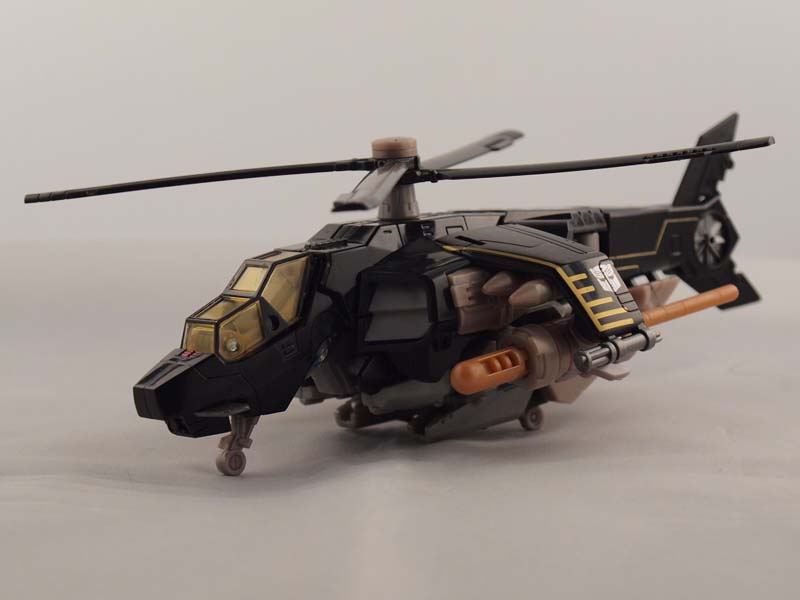 Tomahawk's alt mode is an earth style combat helicopter. Mostly black, you will spot a small Autobot insignia on each winglet, as well as gold accents in various spots. There are also red painted vents just below the 2 tiered cockpit. 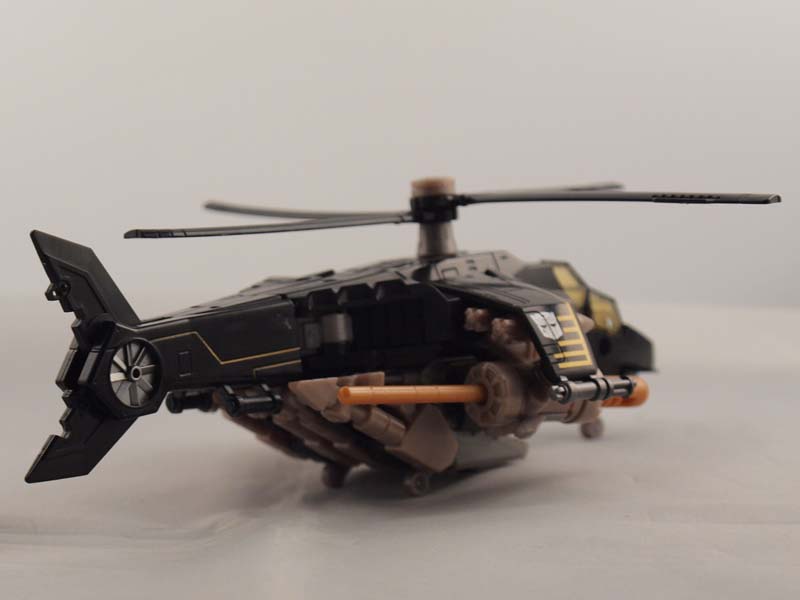 Each winglet features a pair of molded missiles, a gatling cannon and a launchable missile. If you don't like the missiles there, you can also clip the launchers in the tail section. For landing gear, there is a retractable 3pt system with molded wheels. While the lower ends looks a bit off due to the tucked in legs, overall it's a very sharp looking copter.

Start by unclipping the launchers. Pull the legs from the belly and extend them completely down. Grab one half of the rotor blades and rotate them so they're flush with the other half. Fold the winglets upward. Separate the tail section into two pieces. Pull the tails halves outward, then forward. Push the leg section back so it rests on the fuselage. Pull down on the tan section that are the feet. Hinge out the landing gear and tan section form the feet and haunches. 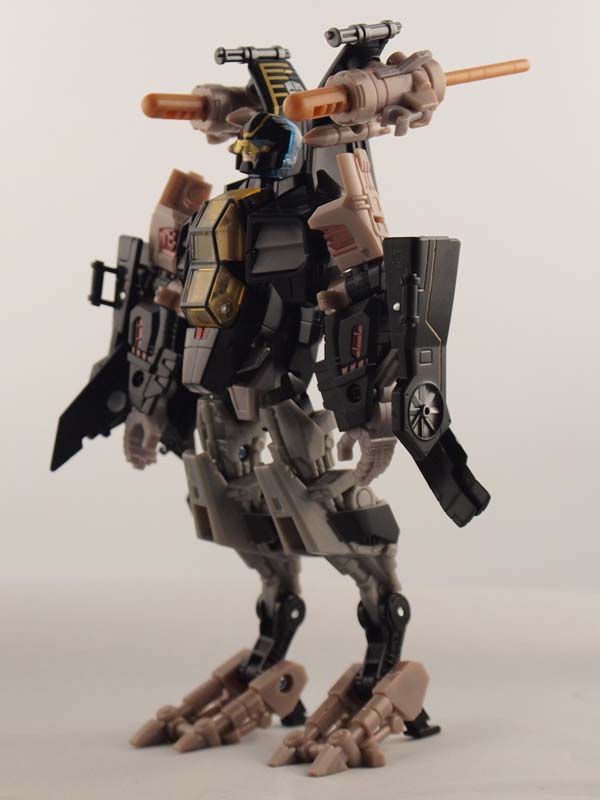 The end result is equally as sharp. While the body and forearms are black, the upper arms are tan. The legs are mostly silver. The head sculpt, with the lensed optics, looks alot like Cybertron Crosswise. The back of the head is piped blue for the eyes. 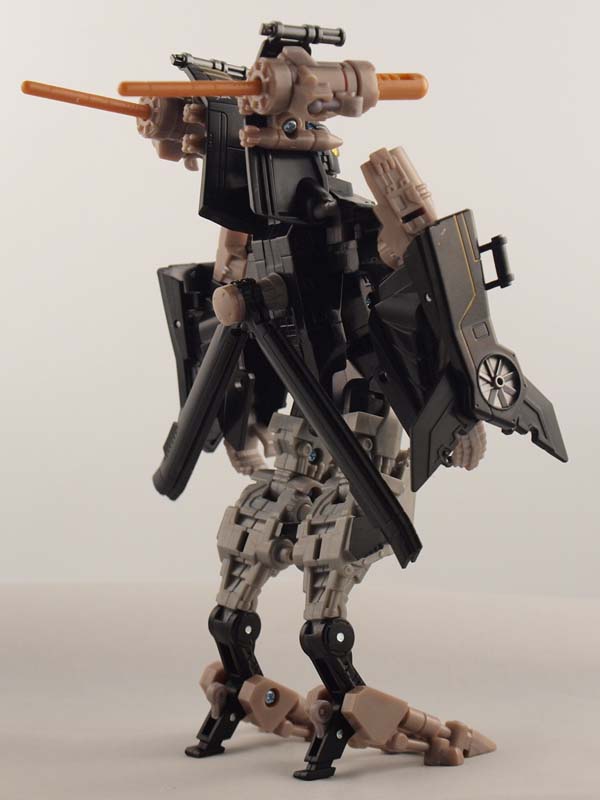 The winglets rest behind the shoulders, allowing the launchable missiles to act as shoulder cannons. If that doesn't suit your fancy, you can also clip the launchers to the forearms to serve as arm cannons. This can allow you to fold the winglets so they rest on his back, if so desires. This cleans up the look considerably. As a bonus, the tail rotor on the right forearm can also act as a claw. 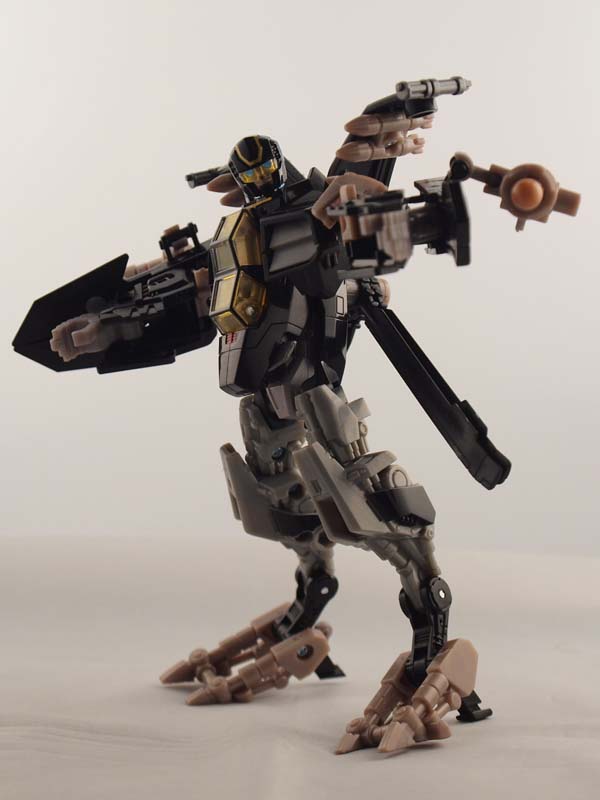 
The stabilizer wings on the cockpit prevent full articulation on the hips. Combined with lack of twist on the legs, it can limit posing somewhat.

Limits on leg poseability are the only negative.
Overall:

A vast improvement for a deluxe class helicopter.