In the continued series of mass repaints, we turn our attention to the repaint of Searchlight. He's been paired with a different minicon, given a new paintjob and is now the Decepticon Windburn.

Windburn is a master of modern warfare, able to hold a real-time image of even the most vast battle space in his head. Together with his partner Darkray, he manages troop movements across the battlefield, ensuring they go where they are needed most to guarantee a Decepticon victory. 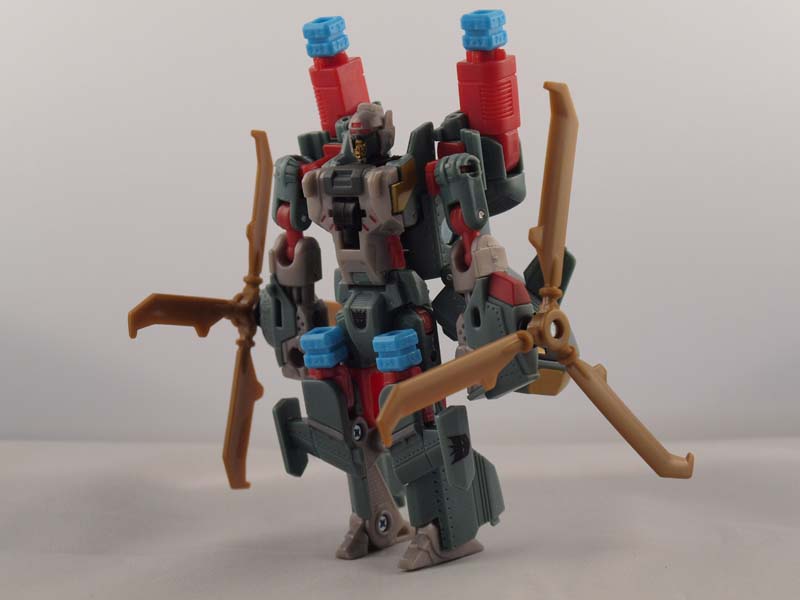 Although this is just a straight repaint, you have to take a second look just to make sure. The head sculpt especially looks like it has been retooled, but it hasn't. The color scheme is now light gray with red limbs. The paint details are just enough to really set the two apart. 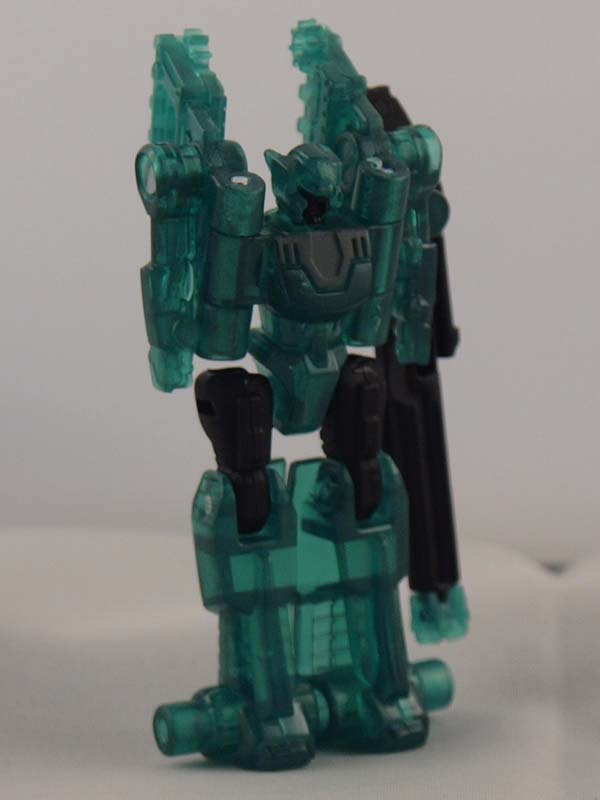 Darkray is a re-release of Huffer's Caliburst. Although the package art shows Caliburst as the paired minicon, Darkray gets a lime green repaint. 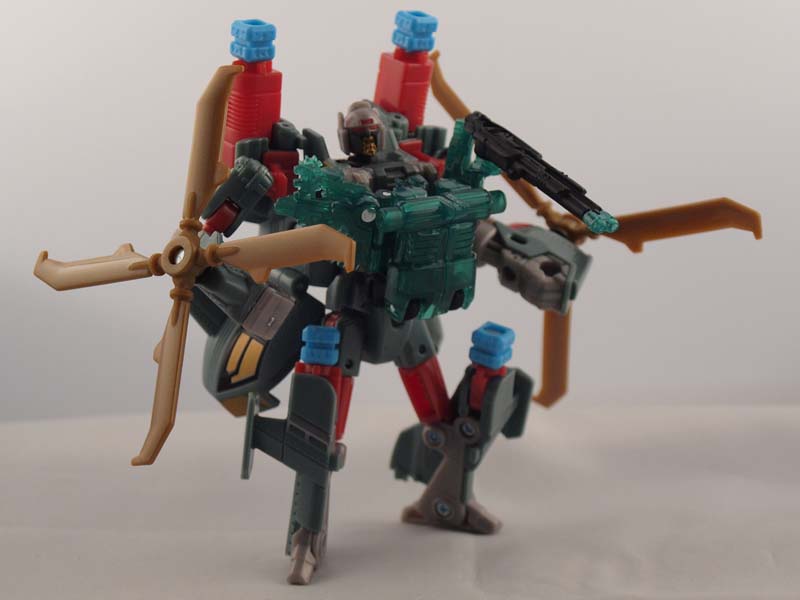 Pull out his shoulders so the gears spread out, spread the arms and fold his legs up around his chest to form the armor mode. Surprisingly, the green armor doesn't look all out of place on Windburn. You also have the option of pointing the cannon on his arm outward. 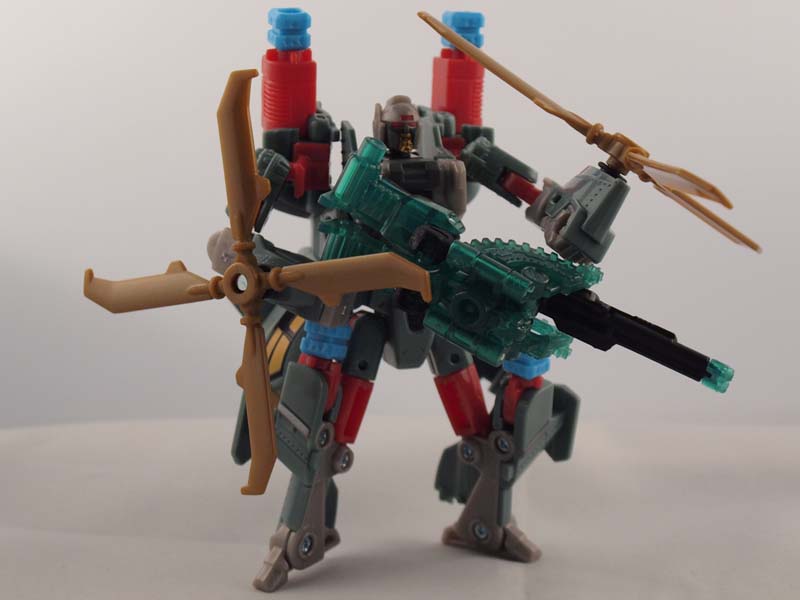 For the hand weapon mode, fold the shoulders out. Then, spread out the left arm so you can spin the gun barrel 180 degrees. Fold it back down,then collapse the shoulders around the chest. Bend the hips forward then the knees down. You can peg Darkray to Windburn's fist. 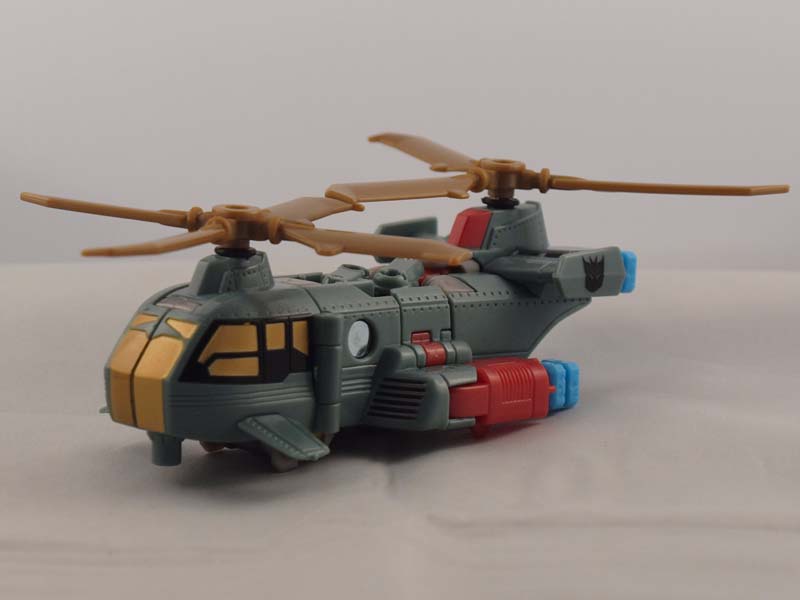 Again, the paint job makes the difference. Although there are no mold changes, the changes in paint (including the gold paint on the cockpit windows) brings this mold more to life. 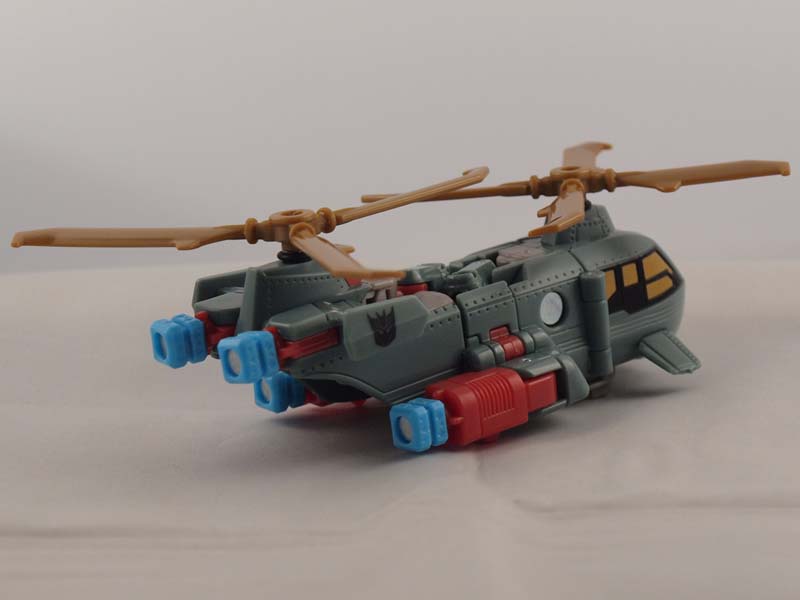 Other than the improved looks, nothing has changed. That includes not having landing gear of any kind. 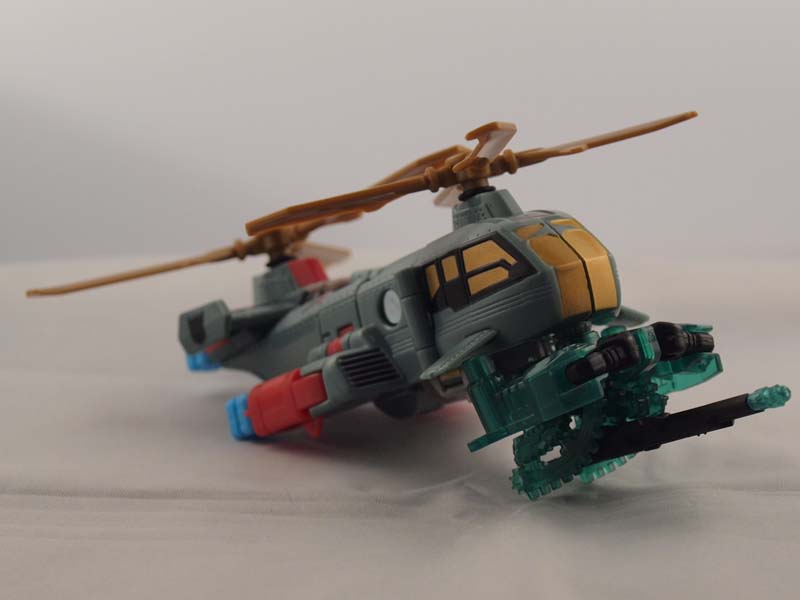 With Darkray in hand weapon mode, simply twist the hips so his legs wrap around the side. His alt weapon mode pegs to the port under the cockpit. This more fits the Decepticon mantra, and is looking like the best re-pairing of all the repaints thus far. 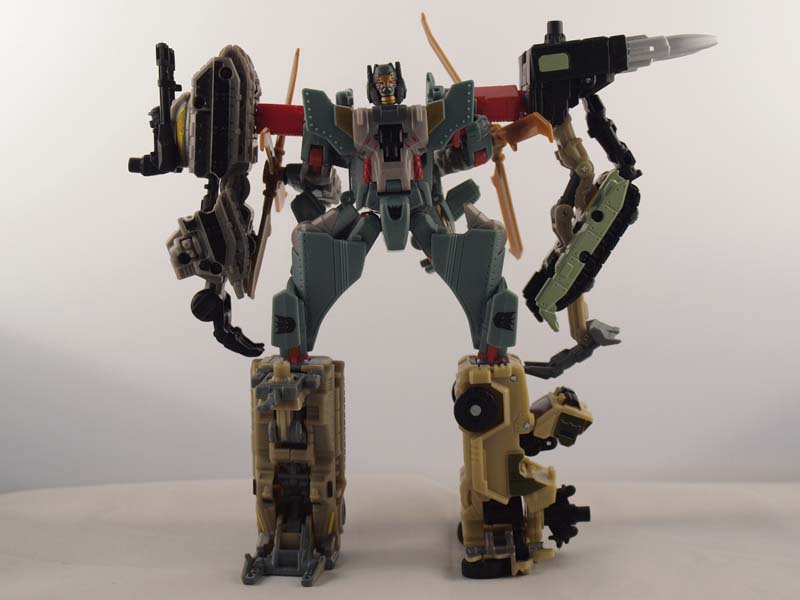 Identical to Searchlight sans the paint job. Can't stress enough how the paint apps bring new character to this mold. I dare say it will likely be the smartest repaint of the PCC lineup.

A good paint scheme, combined with a good minicon, put this one on top.
Alt Mode:

Some landing gear would have been nice.
Darkray:

A good minicon choice to pair with Windburn.
Combiner Mode:

If you only want to get one repainted PCC figure, this is the one to throw money down on.