Sometimes, Hasbro must leave themselves in a quandry. They know older fans want tributes to figures of yore, but they also want to recycle molds for maximum dollar. The result is Skullgrin, based off of Darkmount's mold.

The ruthless, methodical intelligence for which Skullgrin is known is only a front. Inside him rages the spark of a mad beast, straining to break free. He rarely engages in combat, so afraid is he that the heat of battle will drive him into a frenzy from which he will never emerge. Though he is a Decepticon, he still fears the destruction of which he is capable. 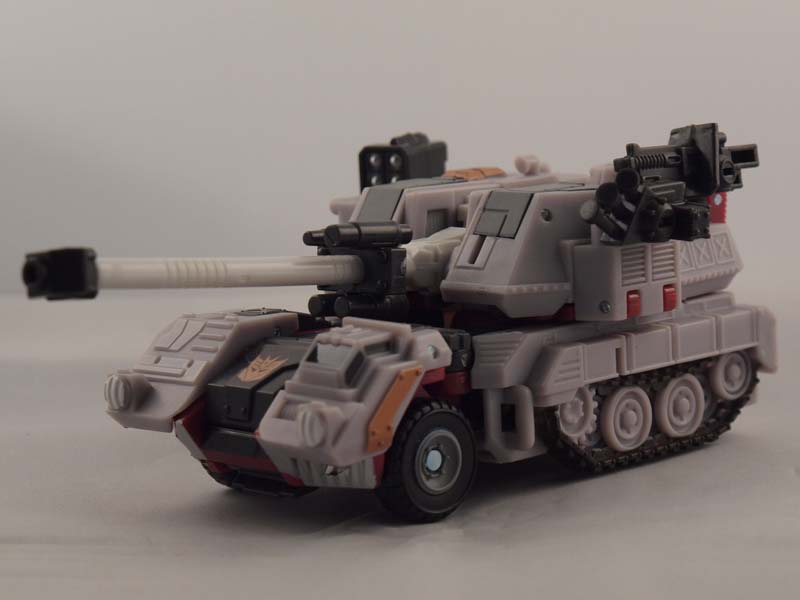 Since Skullgrin was originally a drill tank, using a military halftrack isn't too far off the beaten path. The colors are a rather boring PVC gray with black, magenta and yellow accents. A gold Decepticon logo is proudly displayed on the front end. 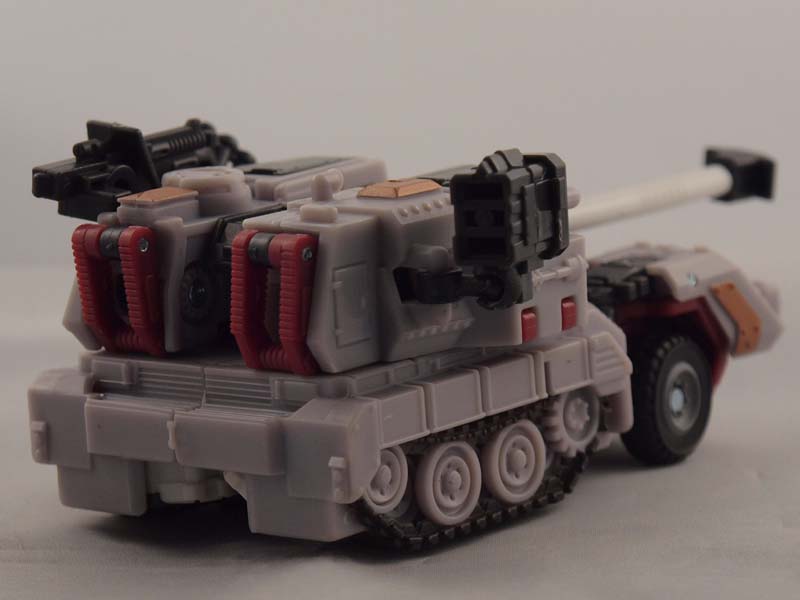 Like Darkmount, Skullgrin has three accessory weapons that can be clipped on in various locations to maximize the efficiency of his firepower. While it's a decent mold to reuse, it definitely needs more color. 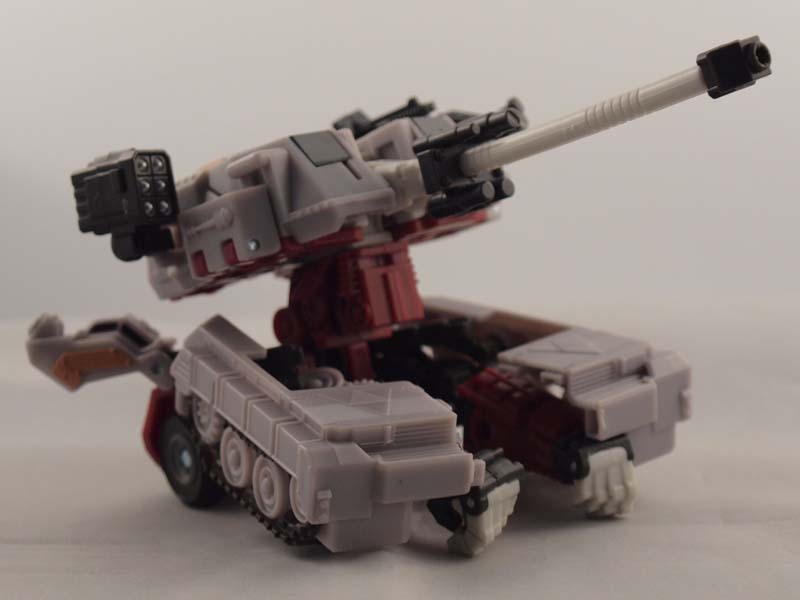 Skullgrin retains the mid-transformation 'battle station' mode. It's still fragile to the touch, though, so handle with care. 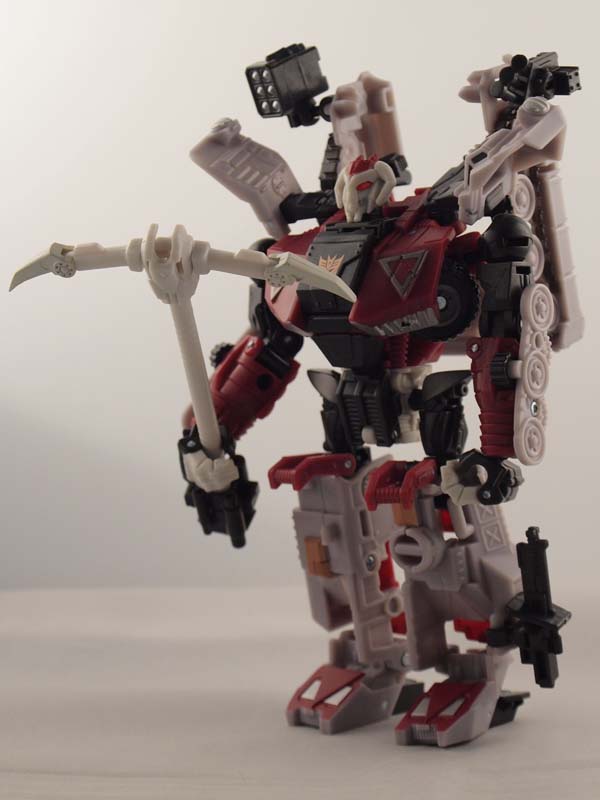 The only mold change here is with the head, which is molded after Skullgrin's pretender suit's head. However, it's a pretty weak head mold in comparison. It looks too small for the body, and the eyes don't even feature piping, but are instead painted red. 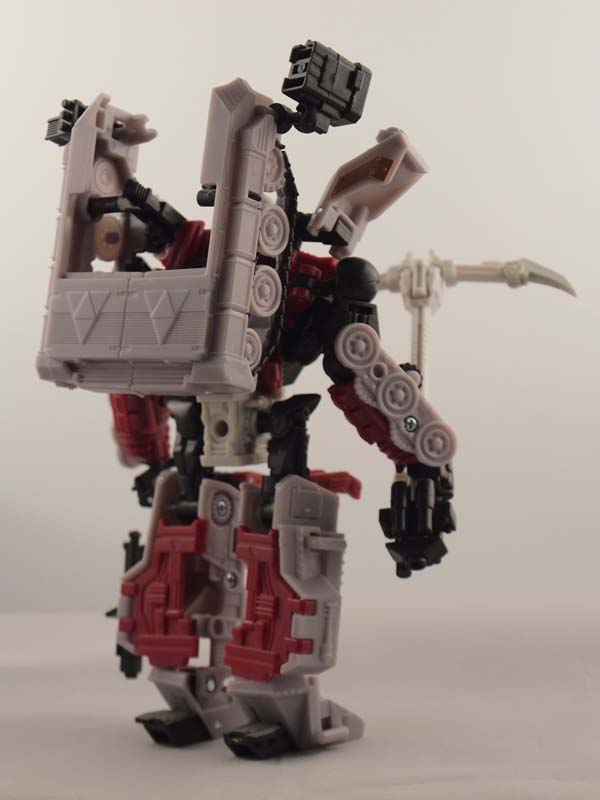 At least the colors come more alive in robot mode. Magenta and black dominate the body while the legs are mostly white. All three auxillary weapons can be mounted as seen fit. The whole attempt at making this a good Skullgrin figure seems to have been done half-heartedly in my opinion. 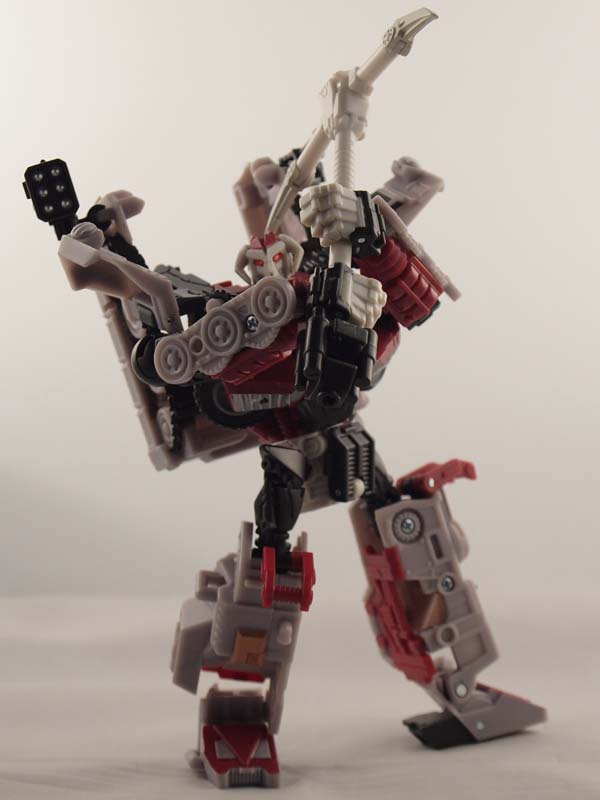 Head mold is mediocre at best. Feet sturdiness may fade over time.
Overall:

This could have been done so well, but it looks like the easy way was taken out. Too bad.