War For Cybertron has been perhaps the best thing to ever hit a game console in Transformers history. To have a figure line accompany it that was executed just as well is almost unheard of. Unfortunately for the fans, the figure line was limited to four figures... well, five now. It has been seen fit to finish the WFC line with a repaint of Bumblebee called, naturally, Cliffjumper.

Even before the war, Cliffjumper was constantly spoiling for a fight. The Decepticons just gave him an excuse. He's been bending fenders and smashing heads for years now, and the fun never stops. Despite his short temper, he gets along well with the other Autobots, who appreciate his eagerness to take the first shot in every battle. 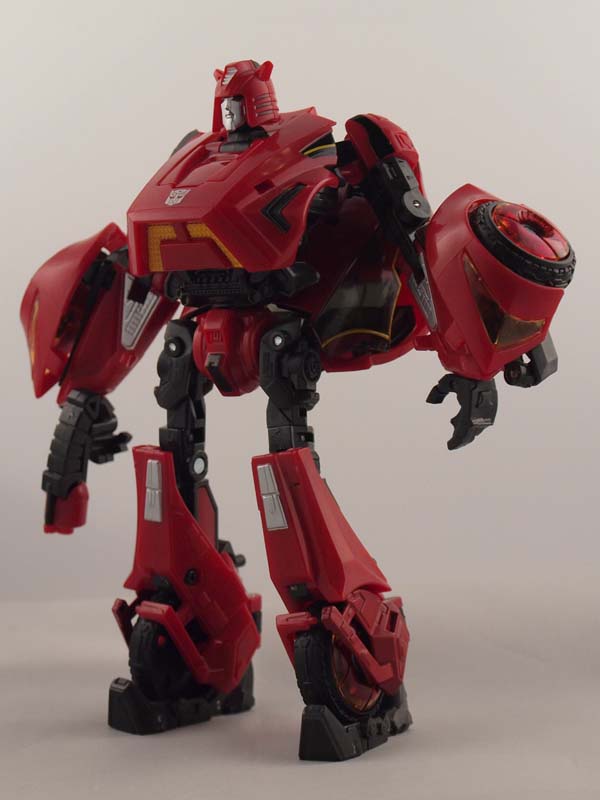 The first thing you'll notice in robot mode is the head sculpt. It is the only retooling of this figure, but then again how much retooling do you need? The red paintjob is spot on to Cliffjumper, as is the head. Though it may look like it, there is no light piping for the eyes. 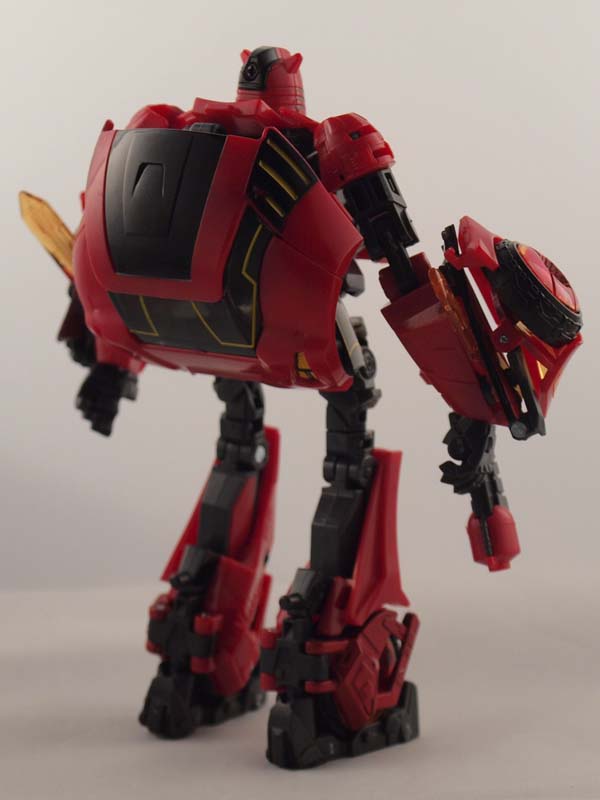 The same weapons options apply for Cliffjumper. You can either deploy his arm-mounted blades or stick with the trusty hand pistol. This could be one of the smartest repaints of the year. 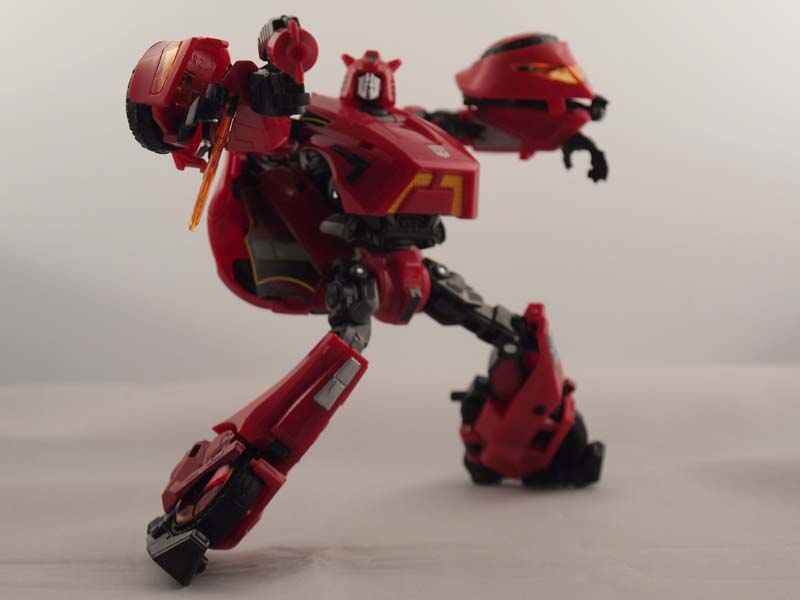 
Same stellar posing ability that Bumblebee had. Just be careful of the feet, which like to pop off their ball joints. 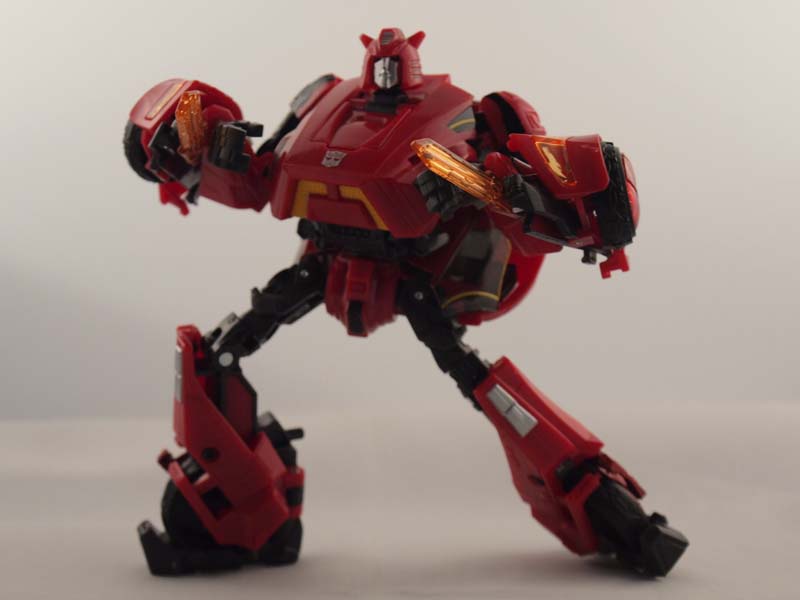 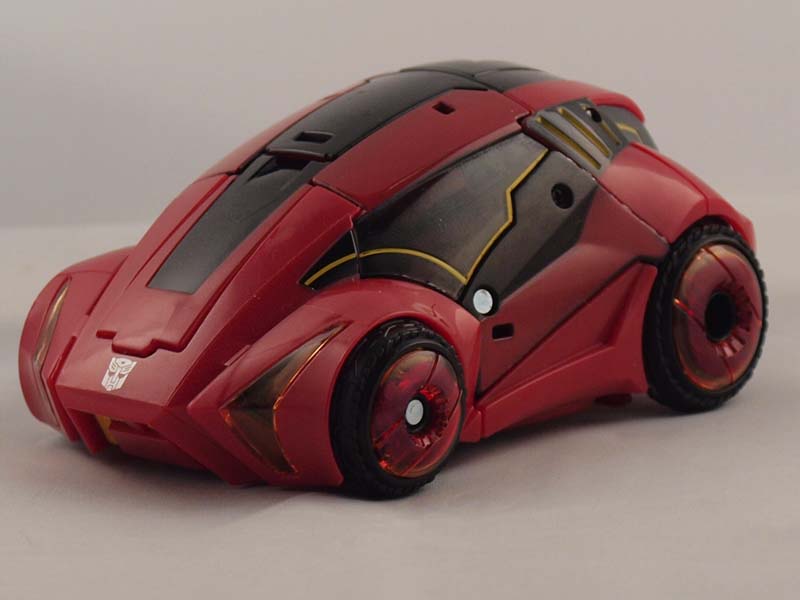 Interesting how, even though the vehicle mode is the same, the description isn't. Instead of a courier, Cliffjumper is listed as a racer. The only real change is in the paint apps. All the lines and accents match up, only the color is different. That, and the headlights are now translucent yellow. 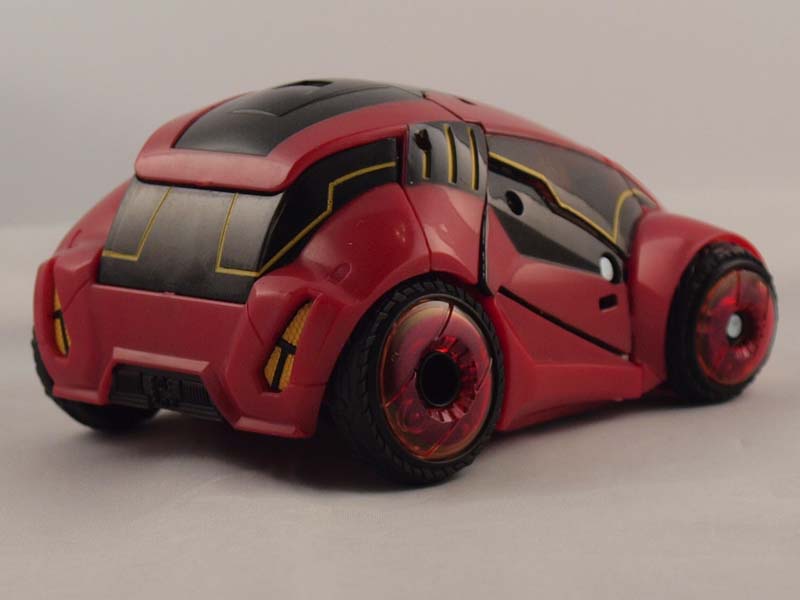 Sadly, this closes out the short lived Generations lineup. There were so many more possibilities, especially with the War For Cybertron line. Why they weren't explored will be anyone's guess, but at least we got the core figures represented.

All the benefits of the previous character, plus a new head.
Alt Mode:

No changes in alt mode either, which is a good thing.
Overall:

WFC goes out with a bang, which is the same way it came in.