For anyone that was hoping Reveal The Shield would be more G1 homages, you can put that idea to rest. Some of the movie figures will also be migrating to this line via repaints. The first such repaint is called Mindset, which is a name new to the TF universe.

Change does not sit easily with Mindset. He likes things the way they are, and it is the weight of tradition that drives his opposition to the Decepticons. They upset the balance of things, an offense for which he can never forgive them. The only alteration with which Mindset is comfortable at all is that wrought on the landscape by one of his missile barrages. 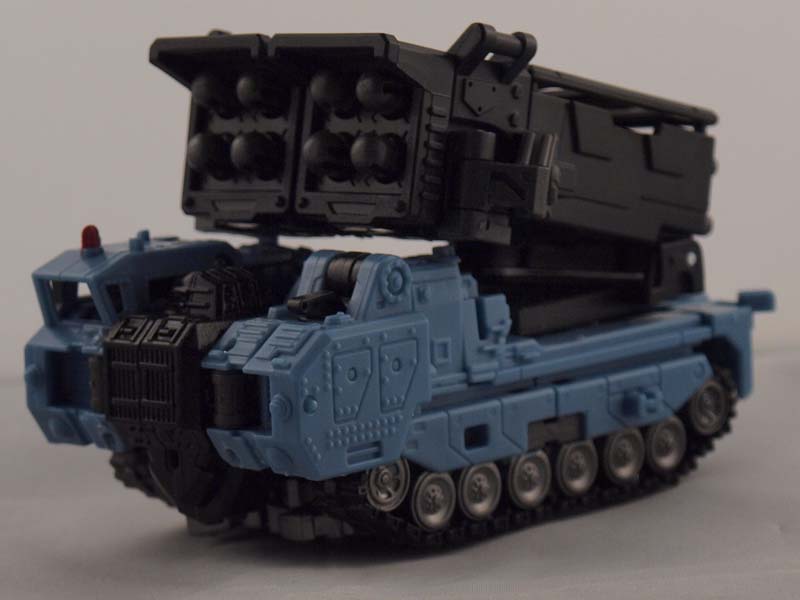 Whereas Hailstorm donned camo for his paint scheme, Mindset uses a dual tone setup. The body of the tank is an ice blue, while the launchers and treads are done in black. Personally, I like the color but not sure how effective it would be in strategy unless fighting in, say, the Arctic... at night. 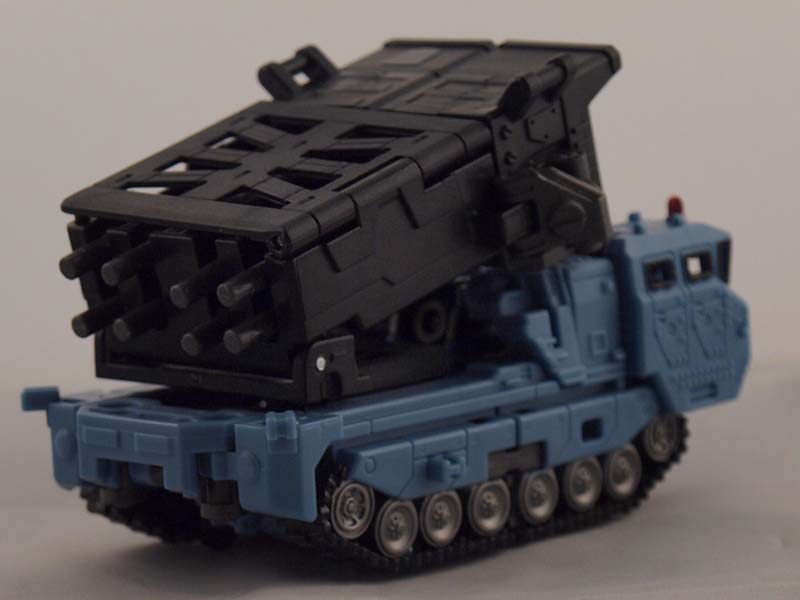 The launcher still has tilt and swivel capability and comes with 8 individually launched missiles, all done in black. Mounted on the left side launcher is the rubsign, confirming his Autobot allegiance. Again, visually pleasing but they could have at least spiced up the warheads with some color. 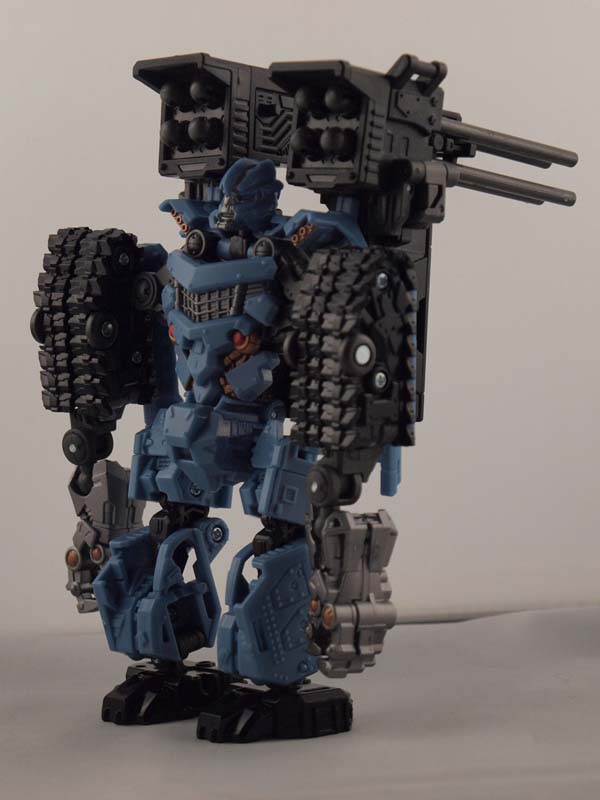 At least his robot mode is a bit more lively. While the legs and torso are done in the ice blue, the upper arms are black and the forearms in silver. You'll also spot some red and yellow in the chest area. The head sculpt is new as well. 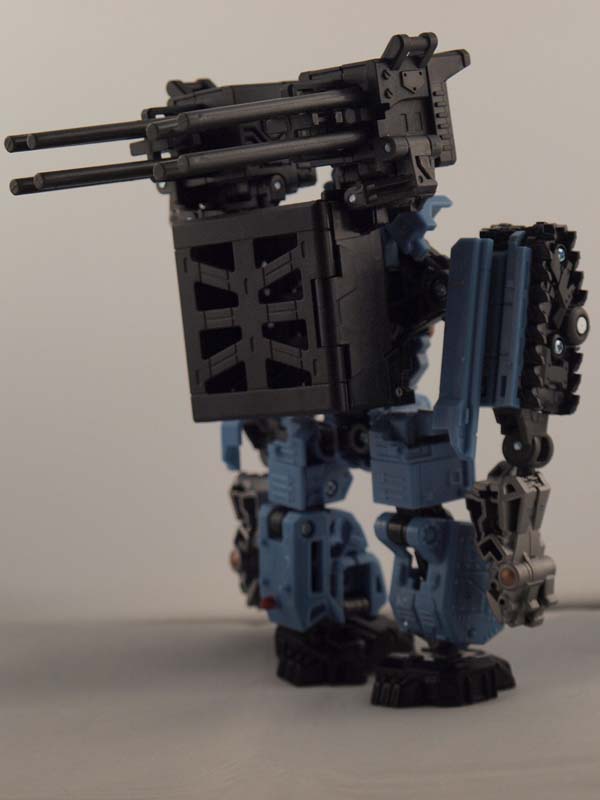 Though slightly ill-proportioned and back-heavy, he fits his persona quite nicely. While some might question bringing a mold with movie aesthetics into the RTS lineup, Mindset isn't all that bad of a fit. 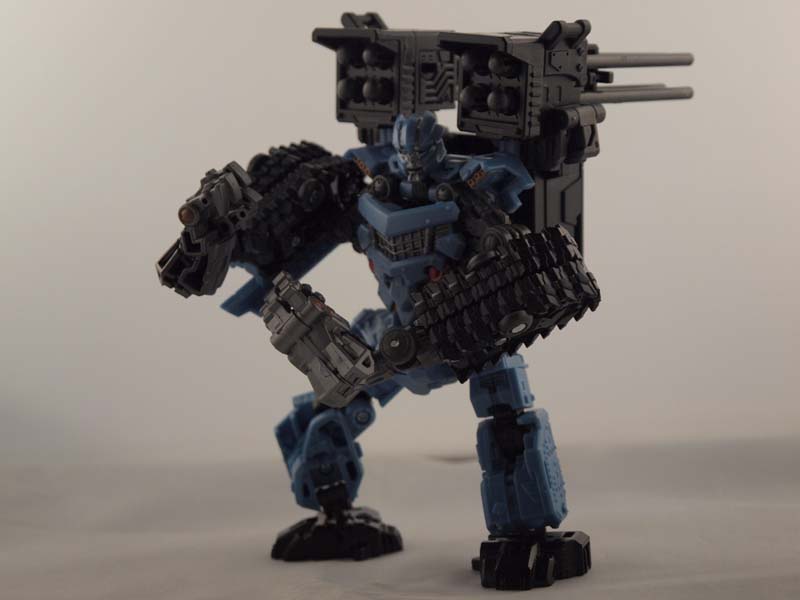 
Overall, the joints are set up good. However, back heaviness will hinder opportunities.

Front end can be unstable, as can the launchers when trying to 'launch' a missile
Robot Mode:

Smallish and cumbersome to pose, but with good color.
Overall:

Might seem out of place to some, but it's a nice way to diversify the line.