Sometimes, Hasbro doesn't have access to names previously used. Take Outback, for instance. The name has since been granted to another entity. In an effort to keep some correlation, they decide to use the name Fallback instead. Add that name to a repaint of ROTF Brawn and you have the subject of this review.

Fallback has never been particularly interested in following the rules. The fastest way between two points, after all, is a straight line. Given a destination, Fallback will gladly drive straight to it, smashing through or knocking over anything that gets in his way. 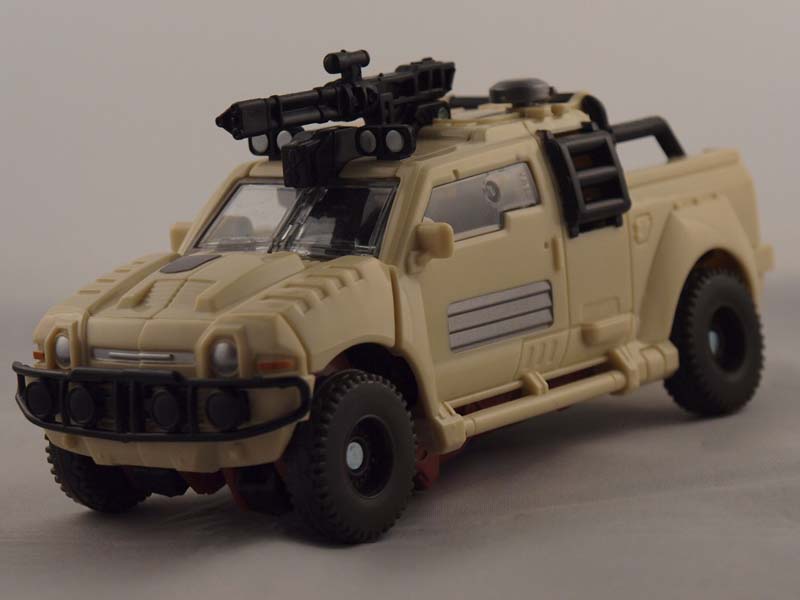 Fallback is an exact duplicate of ROTF Brawn, with only paint changes. The vehicle is done almost exclusively in a sandy tan color. All the railings and guards are in black. The grille and door vents are silver. You'll even spot some amber on the front turn lens. 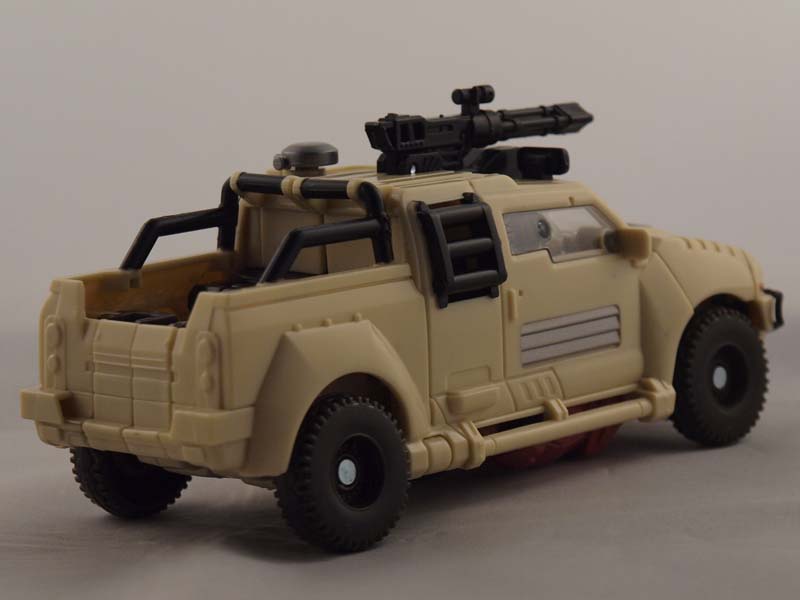 The rubsign is located on the hood, which will reveal Fallback's ties to the Autobots. This is a great mold due to all the details in the body. The trick is for someone to detail it out to bring those details out in fill, such as the tail lights. 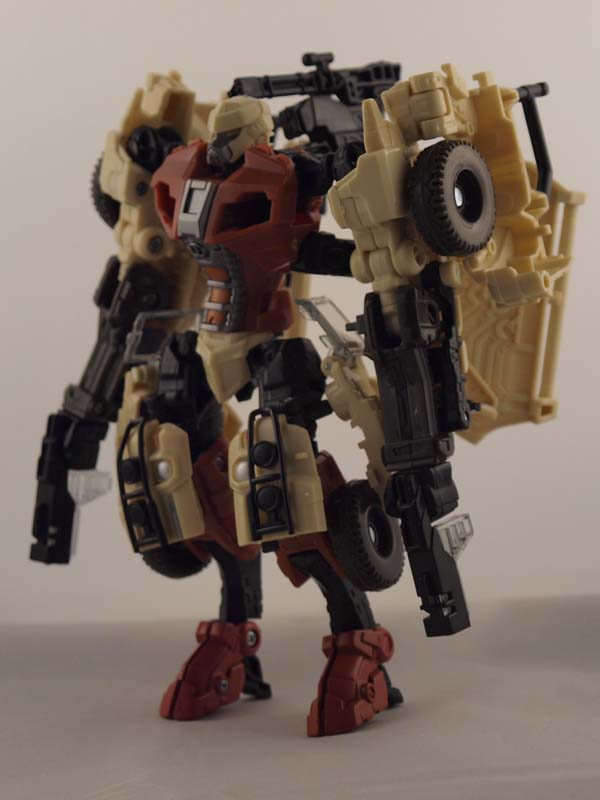 The coloration similarities between G1 Outback and RTS Fallback is no coincidence. The tan and rust scheme is an almost faithful tribute to the G1 minibot. Some orange can also be spotted on the abdomen. Head mold is unchanged, and the eyes are piped clear. 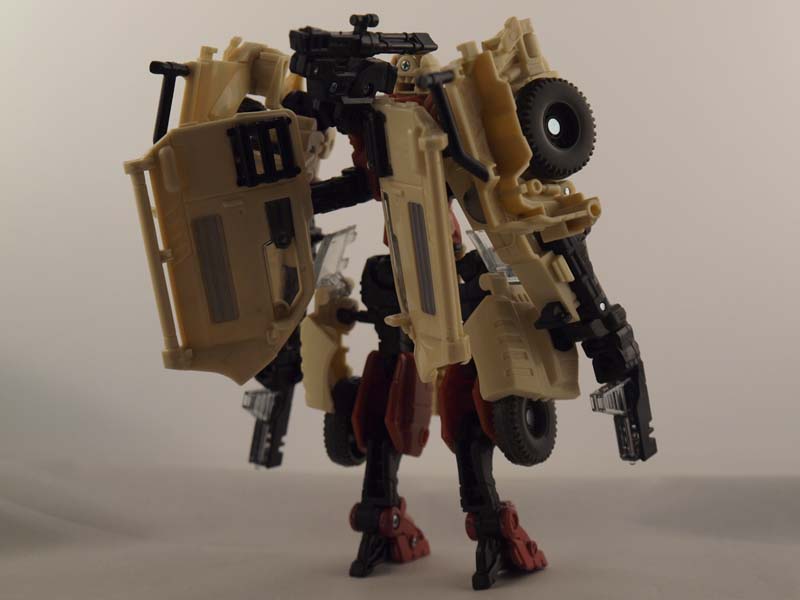 As well as having the shoulder canon, he also has a pair of hand pistols. Interestingly, the clips are clear while the rest of the pistol is black. This was a great mold to begin with and, in what happens from time to time, has made out for a very smart repaint. 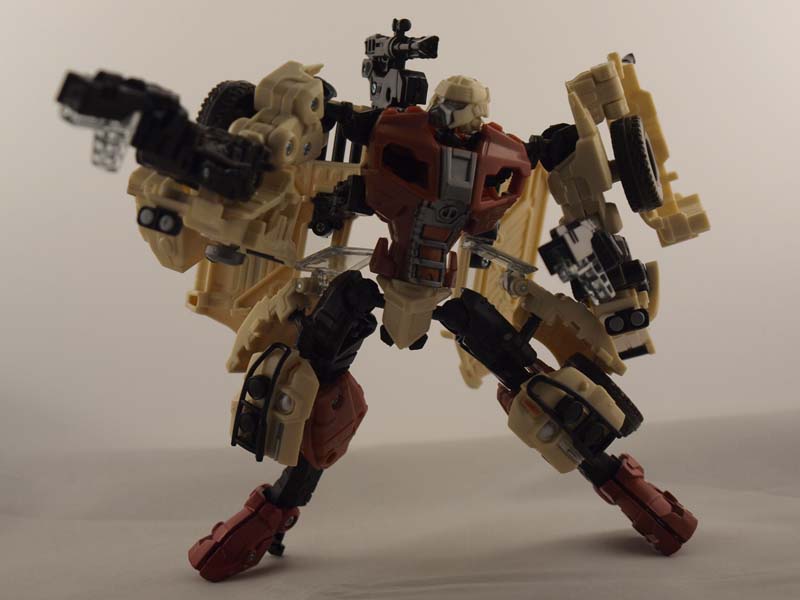 
Although plagued with excessive panels, it doesn't interfere with his great range of articulation. Hip joints are still prone to popping off.

Tan repaint looks good on the vehicle, but could use some paint detailing
Robot Mode:

Near perfect tribute to G1 Outback. Hips tend to be weak, though.
Overall:

One of those times when a repaint is done just about right.