It's been awhile since Hasbro has offered up a 2-pack of Deluxes that fans were genuinely excited about. Reveal The Shield's "Battle in Space" 2-pack is the first one since the Energon Grimlock/Swoop set that I can remember holding that distinction. Sure, it comes packed with 2 previously released figures (Rodimus from the Classics era and Cyclonus from the Universe 2.0 series), but these are 2 figures that some people didn't get the chance to find the first time around. Of course, for those who already have them, minor changes to each figure may whet your appetite for this re-release.

Lost in deep space and desperate to rendezvous with the other Autobots, Rodimus and his crew pilot their damages starship through a forgotten part of the universe. Their only hope is to avoid the Decepticons they know are hunting them. Cyclonus will stop at nothing to destroy the Autobots. He will scour the cosmos for his prey, never stopping and never resting until Rodimus and the others are nothing more than blasted atoms.. 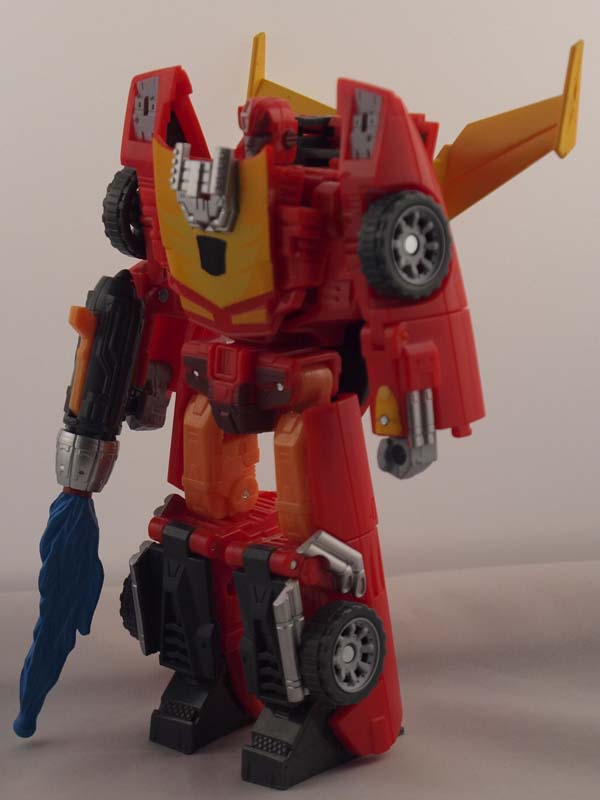 Even though the mold remains exactly the same, the paint job necessarily doesn't. Compared to the original Classics release, the RTS version is quite a bit brighter in appearance. It's also closer to G1 coloration than the Classics release was. All the goodness of the Classics is there, though, including the communicator... eh... circular saw built into his left arm. Seriously, why does the box info call it a communicator? Transformation to Classics alt mode is identical. 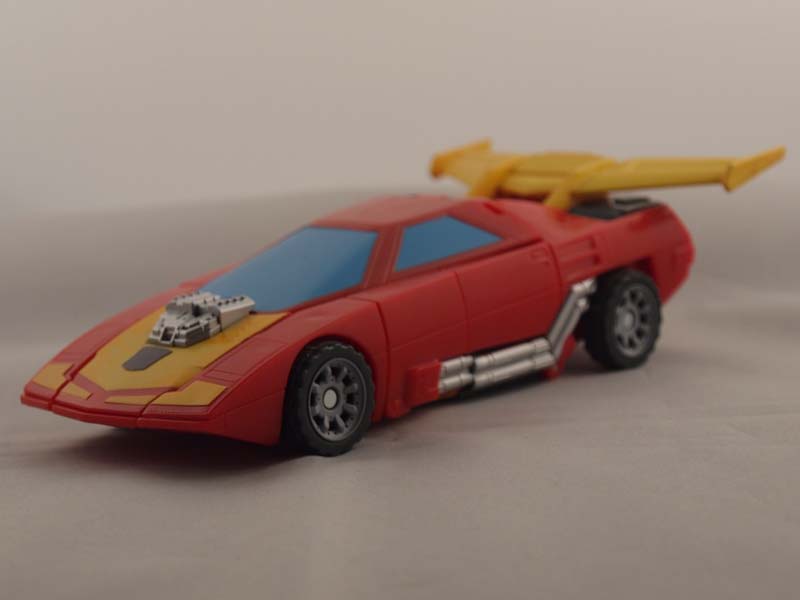 When comparing the alt mode to the Classics version, it becomes a debate as to which one is better. While, again, the RTS version retains more G1 accuracy, the painted windows are a bit of a disappointment. Also, the missile pack-in with the RTS version looks even sillier than the Classics one did. RTS Rodimus does come with a bonus, however, and that is the Matrix of Leadership. 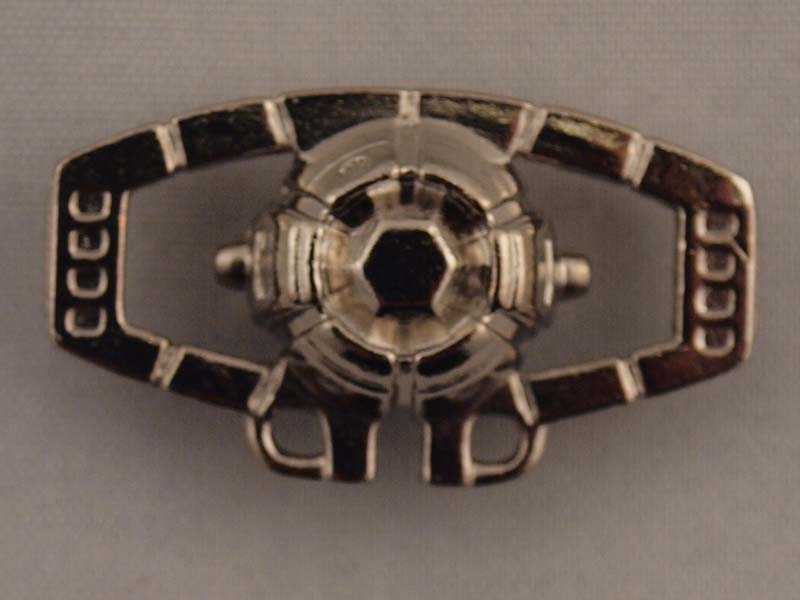 Well, that's if you consider a sculpted hunk of chrome plated die cast a bonus. Because of the chrome coating, getting a paint job on this item will prove difficult if not impossible. Furthermore, with Rodimus' clenched fists and no pegs on the Matrix, re-creating that climactic moment in the movie isn't gonna happen here. There's always the Masterpiece version that's forthcoming. 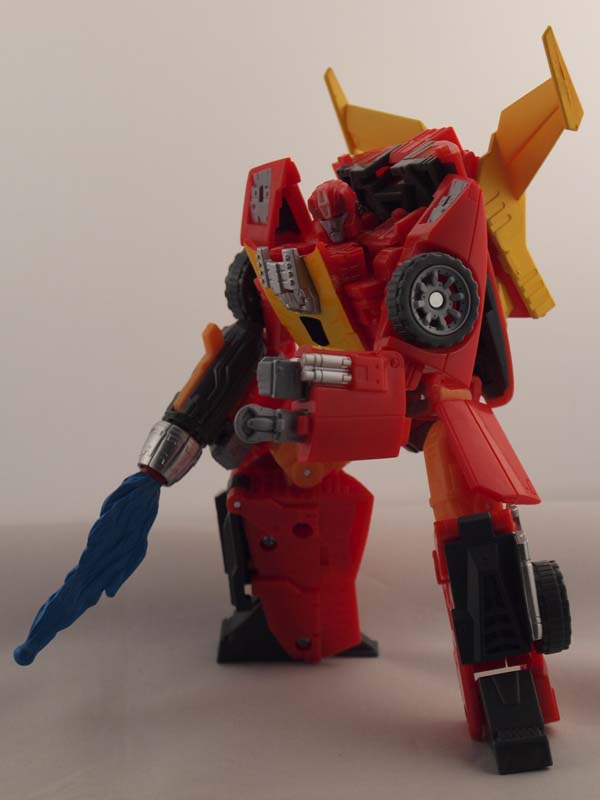 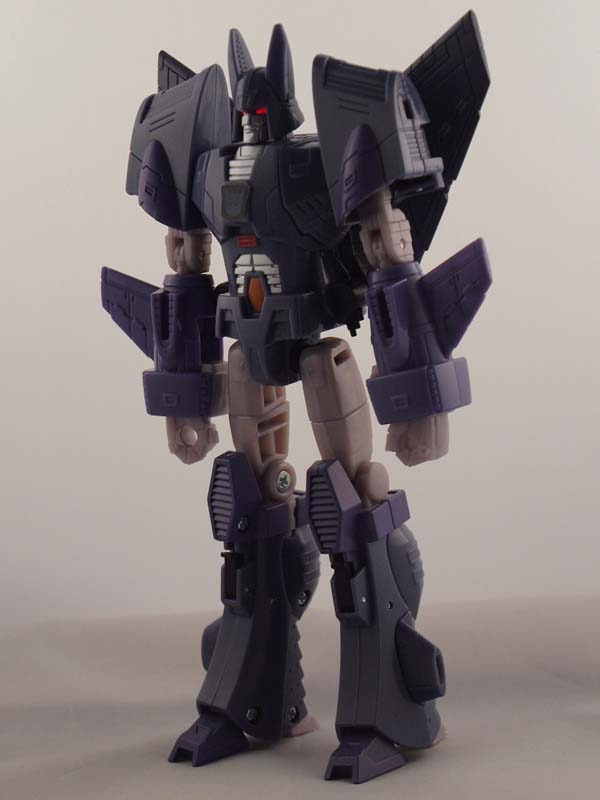 Again, the first thing you'll notice on RTS Cyclonus versus the Universe release is the coloration, which is much lighter and more G1 accurate. On a smaller note, RTS Cyclonus, to go along with the gimmick of the line, now features a rubsign on his chest. As much as I enjoyed the Universe figure, the RTS version is definitely my preference here. Transformation to alt mode is identical to the Universe version. 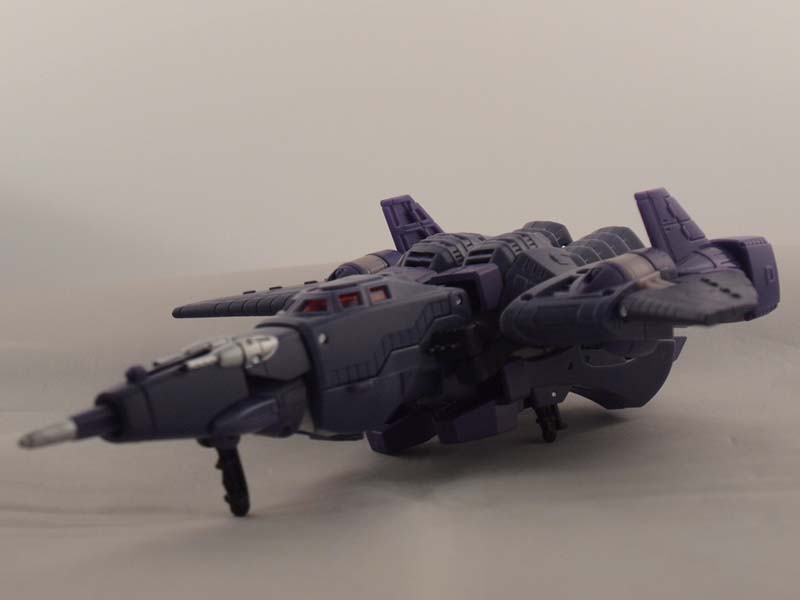 While the Universe coloration had more detail to it, the RTS version is, again, more G1 accurate. I also noticed that the joints and the needle on the nosecone also are tighter this time around. That's especially beneficial for the nosecone, as the Uni version had a tendency to recess back in. As with the Uni version, Cyclonus is paired with his minicon partner, Nightstick. 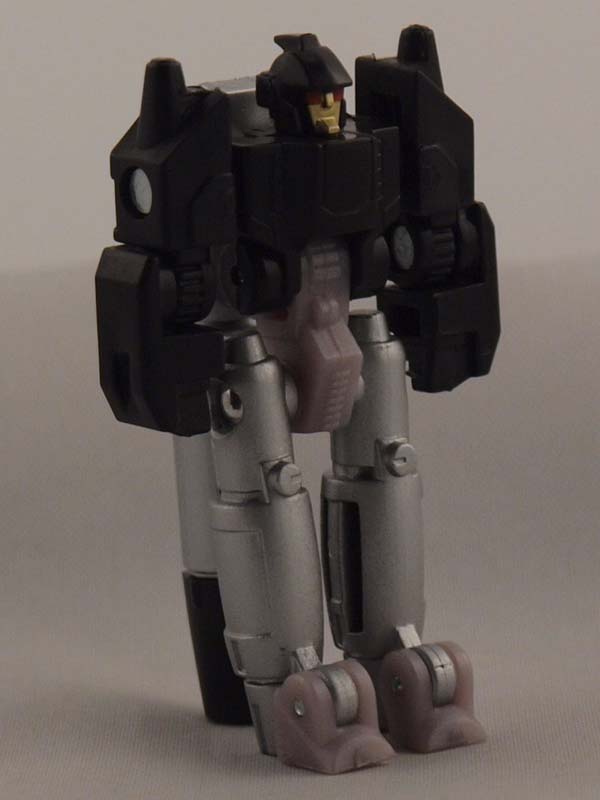 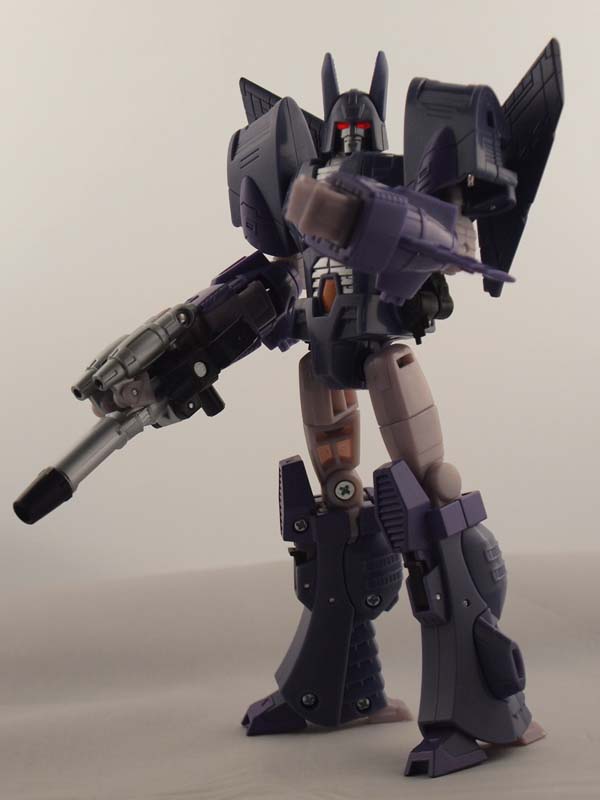 The comic pack-in is written by Simon Furman, with artistry by "Boo". The comic ties in to the G1 movie by chronicling the activities of Rodimus and Co. between their escape from Quintessa to their landing on Junk. It's a decent read, with many of the RTS characters redone in critical movie scenes. Warpath is one such redux, although his release hasn't officially been announced yet. Hmmm... While the Dinobots are also in the comic, they all retain their original G1 look (even Grimlock, who was released in Classics).

Nice update into more accurate G1 colors. Couldn't they do something about that missile, though?
Cyclonus:

Just as good as the Universe version, but now in lighter (and righter) colors!
Overall:

For $20, you get 2 Deluxe class figures, a comic and a Matrix keepsake. Not a bad deal, even if you do have both the originals.