After an almost 25yr hiatus, the crotchety old bot known as Kup has made a return to the shelves. Included in the reprisal of the Generations lineup, Kup retains most of his elements from his G1 days, but get a couple of new twists as well.

Sergeant Kup is the oldest soldier any of the Autobots know. Even before the war he was a career military 'bot, dedicated to defending Cybertron against all threats. His long service has supplied him with an endless array of war stories, which he never hesitates to share with his comrades no matter what else is going on. 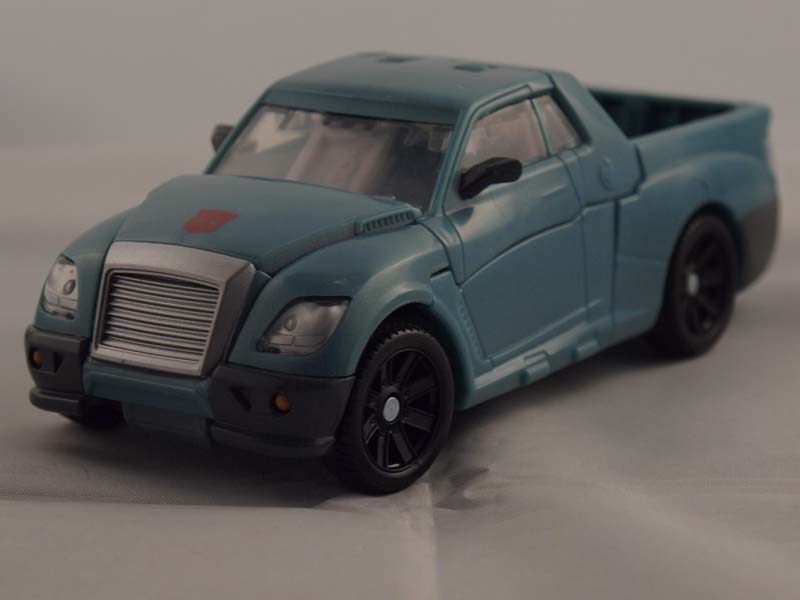 Though Kup remains a pickup truck, the styling is not as Cybertronian as it was in the G1 days. This design could easily make it's way mainstream in the next 5-10yrs. Mint green is still Kup's signature color, flanked by gray bumpers and mirrors. The cockpit windows, headlights and tail lights are all clear, with turn signals painted into the front bumper. The grill is silver. 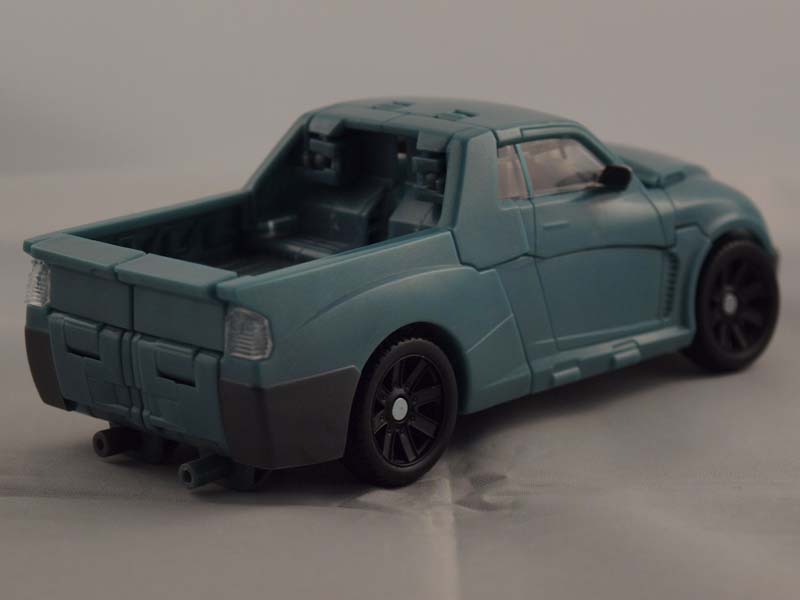 Kup features a functional tailgate that swings down. He also has some nifty details, including hood vents, a fuel filler cap fender vents. Too bad they're not painted. Kup's weapon can serve two functions in alt mode. It can either be stored underneath and serve as a second exhaust pipe, or it can be clipped to either side of his roof for combat use. 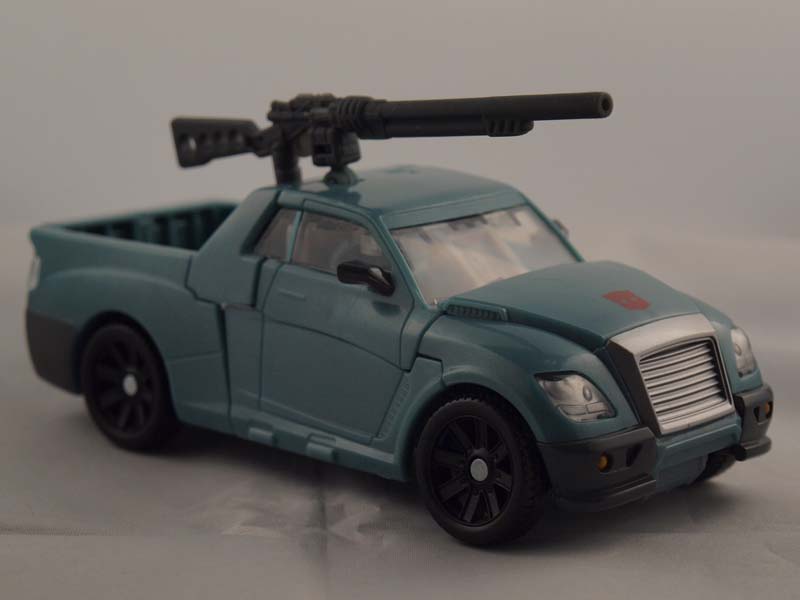 Pull each front wheel out and back. Carefully peel the doors and fenders away from the side of the truck to loosen the arms. Dislodge the roof from the bulkhead and push it forward slightly. It can be a bit tricky, but separate the hood from the grille. It's on pretty tight, so it might take some work. Once the hood is detached from the grille, raise the cockpit up then hinge it forward. Push down on the grille until it locks in place. This will expose Kup's head and torso.

Fold the hood into the cockpit then push it back so it lays against his back. Push the arms up into place and position the wheels. Fold the C-pillars into the bulkhead (the C-Pillars is where the fuel cap is). Fold down the tailgate 180 degrees so the feet fold out. Separate the legs, then carefully fold the bulkhead into the shins. You might have to maneuver those C-pillars to get the bulkhead to fold in flush. 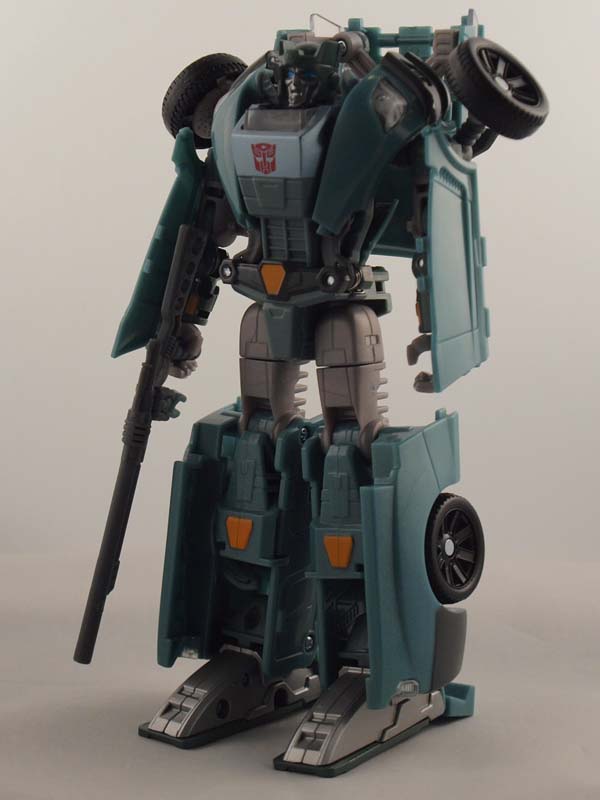 The accuracy of this figure versus the G1 counterpart is, as per usual lately, uncanny. Orange crops up on the waist, shins and forearms. The upper appendages and hands are in silver. The robot mode is accurate right down to the false window in his chest. The head sculpt, while accurate, has a facial expression that makes you think Kup wet himself. The eyes are jeweled in blue with clear piping. 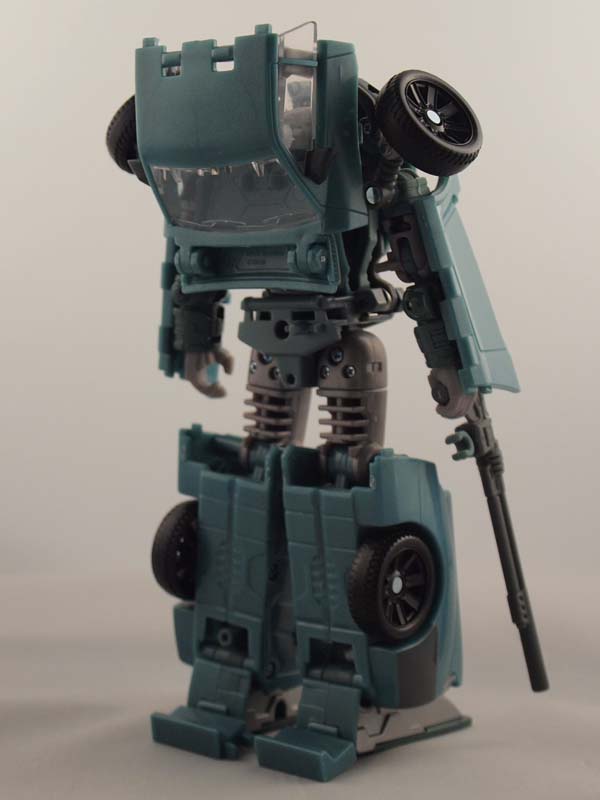 Kup's musket can also be used in two ways in robot mode. You can either clip it to the backpack and use it as a shoulder cannon, or you can attach it to either hand. Posing this figure is extremely easy due to the nice setup of joints. The large footprint doesn't hurt matters, either. The only complaint is the arms. The door panels get in the way a lot. The wheels also must be realigned every time you position the arms. You'll also want to be careful of the head. Turning the head can dislodge the ball joint. Although the head won't come off completely, it'll slop around. It can be reconnected to be rigid. All in all, another great delivery for the Generations lineup. 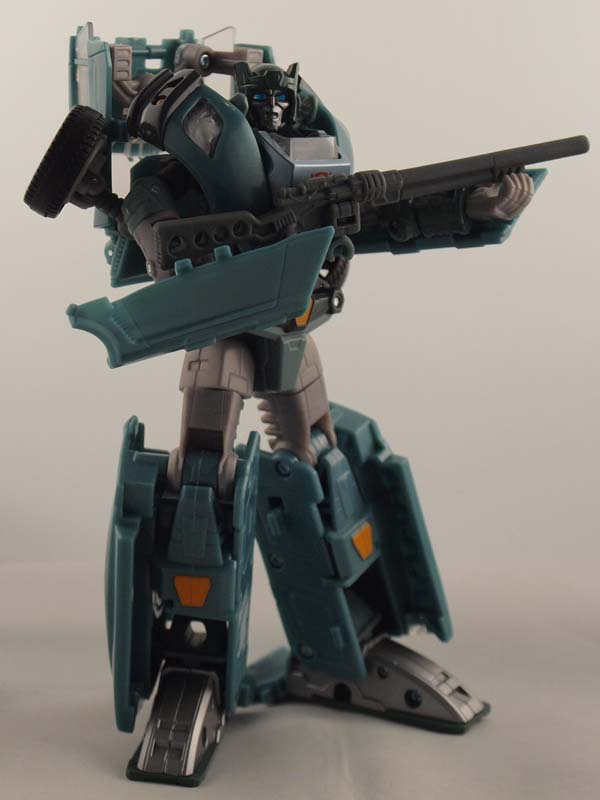 
Arm articulation can be cumbersome, due to excessive alignment of kibble. Head is somewhat fragile. 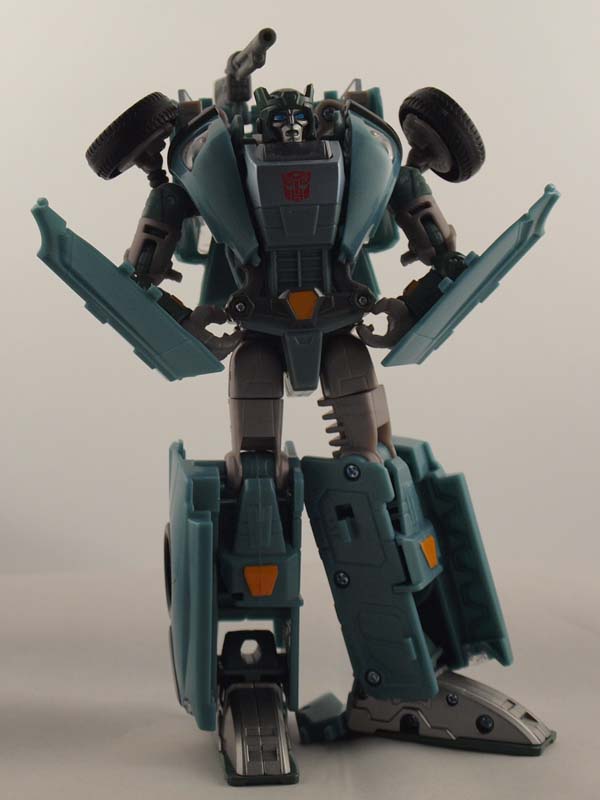 Spot on robot mode, but the arms can be a hassle to pose. Careful of the head.
Overall: