Thunderhead - Dark of the Moon - Figure

With the Power Core combiner line not exactly up to par, Hasbro further experiments with Scout class figures to find that perfect combination that people will pay money for. The latest, of course, is the Human Alliance line, which pairs humans with Transformers. This time, we look at Thunderhead and his human partner Major Tungsten.

Everything Thunderhead does, he does loud. As an artillery commander, he is an expert at raining down fire on enemies hundreds of miles away. His partnership with Major Tungsten is easy - both of them are loud, and more than happy to drop a storm of explosive shells on the heads of unsuspecting Decepticons. 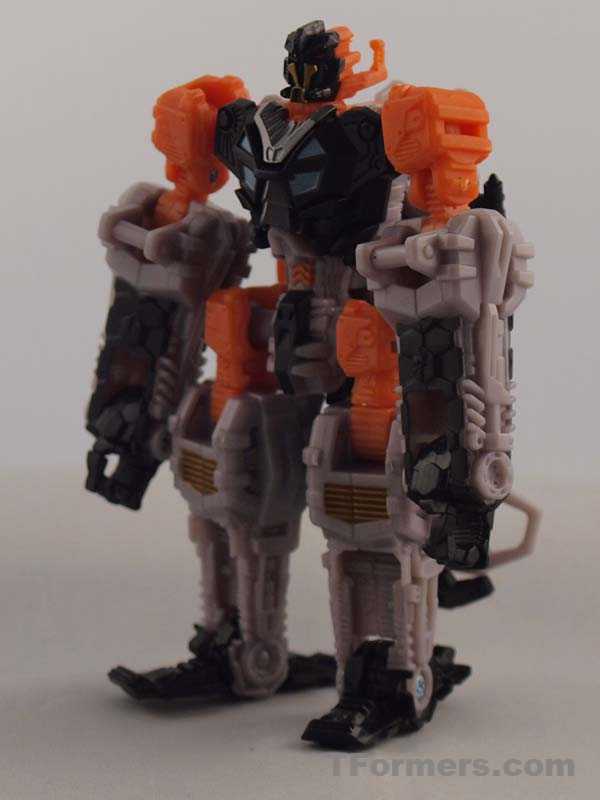 At first glance, Thunderhead seems a bit brickish. He is flanked by orange and PVC gray, but also features some blue and black. The head sculpt is smallish and features only tiny red jeweled eyes with no piping. 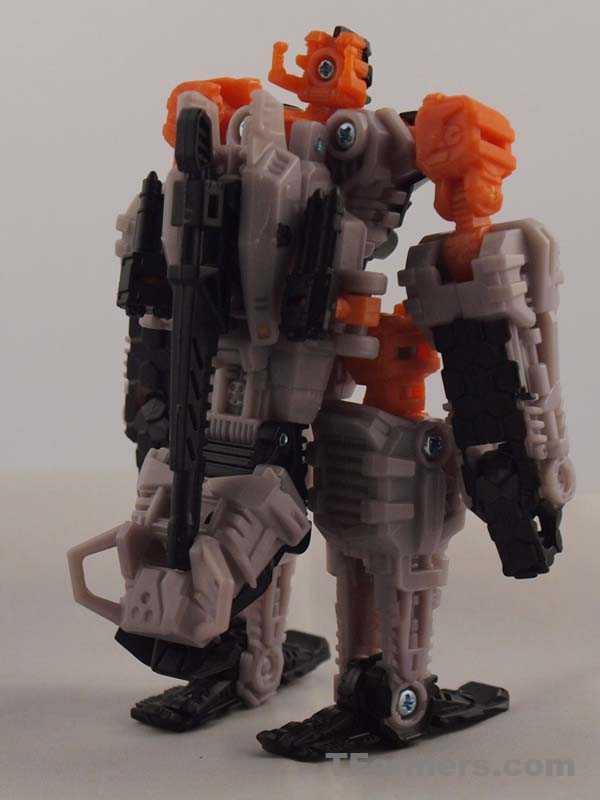 One thing you will notice is the backpack, which is sadly laden with excess kibble. However, there are 2 clip on cannons and a pegged rifle at your disposal. You can clip on the small cannons to the bars on his forearms to make arm cannons and the rifle will peg to either arm. He might not be terribly pretty to look at, but he is versatile. 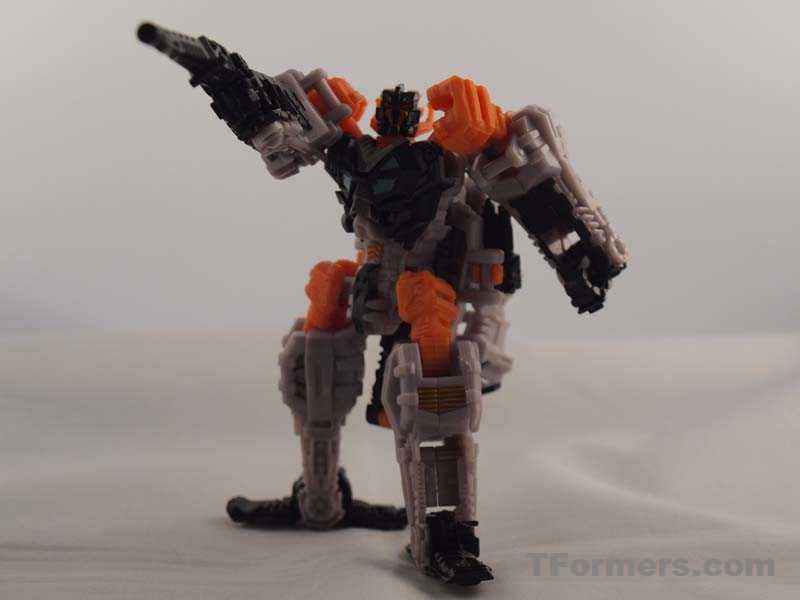 
The joints are set up pretty decent. However, you will have the backpack to deal with on occasion.

Robot Mode Summary:A bit chunky, a bit saddled with kibble, but strangely has some charm. 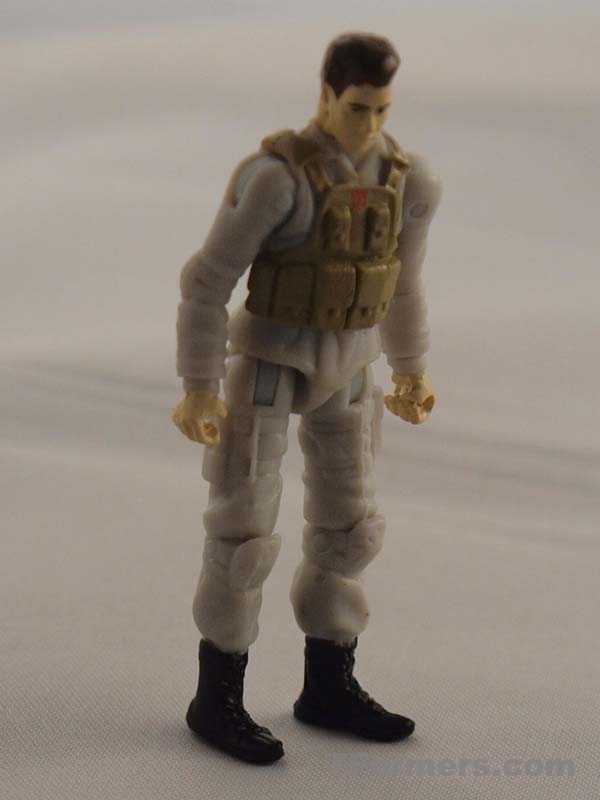 Although Spike Witwicky has a TF ring to it, it seems that the remainder of the HA Scout figures (at least wave one) will get unimaginative names such as this poor fellow. He is, however, finely detailed with a utility vest and nice facial features.

Insanely simple. Basically bend him forward, tuck in his head and prepare the cockpit. For some, that might work. For me, it's lazy. 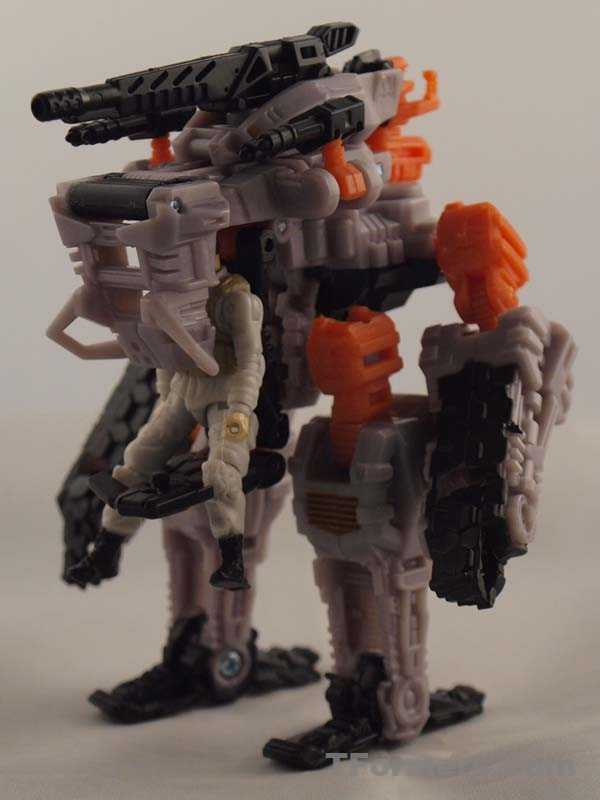 In some ways, the mech suit has it's charms. It is decently armed with aforementioned weaponry and Major Tungsten rides in a cage. However, the cage doesn't protect him very well as his legs are left dangling to be shot off. All the articulation present in robot mode carries over to the mech mode. 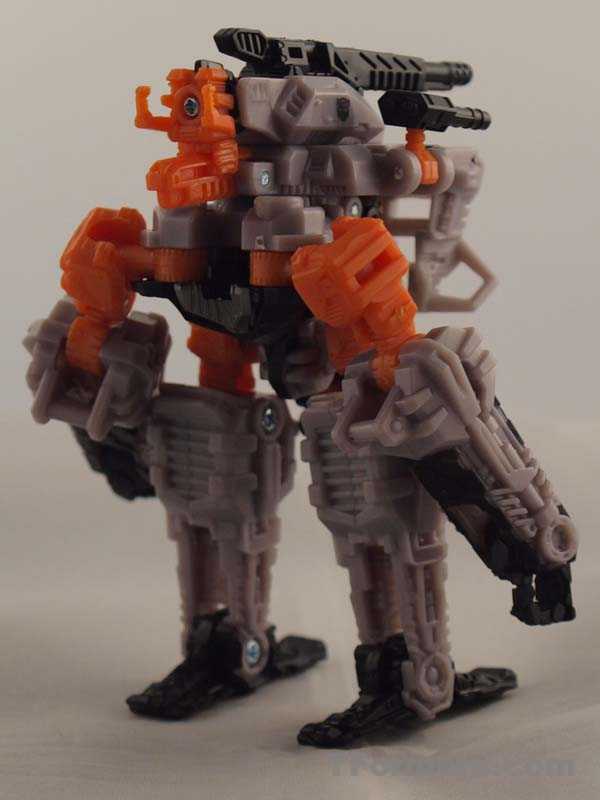 Transformation to weapons mode is a bit more complicated. However, it's relatively easy. The only frustrating part is getting all 4 treads to level out the platform right. 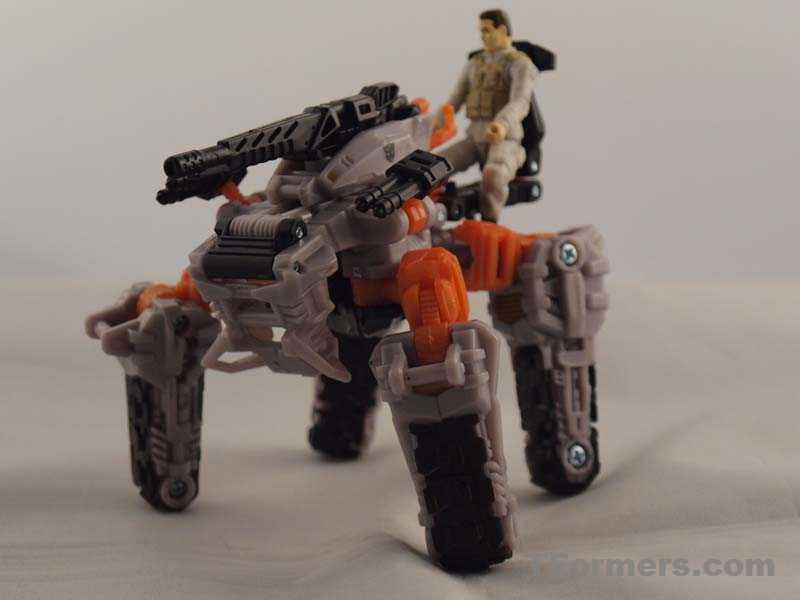 Anyone having flashbacks to Cybertron Scraphead is justified. Thunderhead takes this approach and adds a little Animated shockwave in the way of the legs being treaded. Tungsten sits in a chair towards the back. Sad thing is, the chair is too far for him to properly grip the controls. 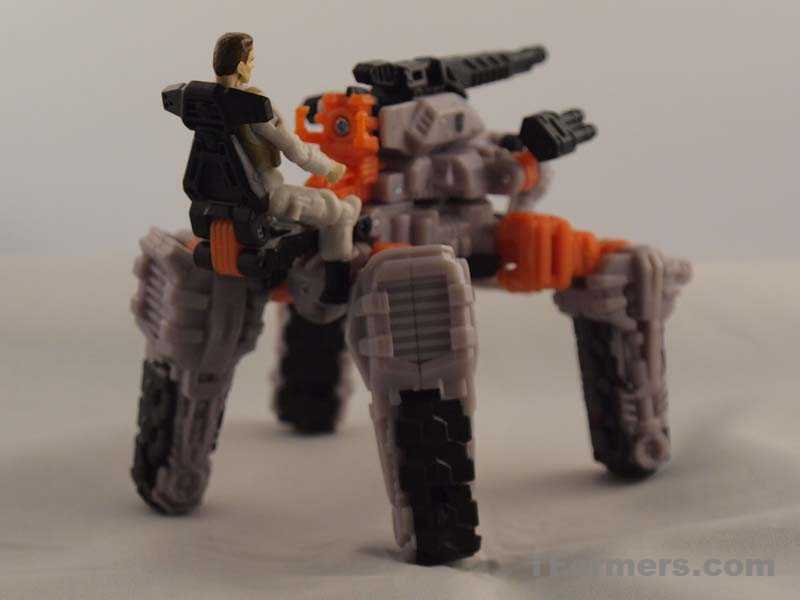 There is definitely a lot better to be had for $10. The rifle and cannons are easily lost and I can see the seat being broken off over time. While the 2 alternate modes have possibility, the human ally just looks silly in the interaction. Definitely could have used a little more forethought.

One chunky looking robot mode plus one half-protective mech mode plus one rehash weapon mode equals mediocrity. so far, it's definitely a low point in the HA Scout class lineup.