Let the store exclusives begin! Walmart has came out of the gate with three Deluxe class exclusives. Two of these exclusives get special 'track ready' paint apps. The first of these two figures we'll take a look at is Bumblebee, which gives us a blast from the past... in more than one way.

Bumblebee was schooled in hand-to-hand combat at the more revered training center on Cybertron. There he was rewarded with a converting Energon blade for his exceptional battle skills. Once on Earth, Bumblebee discovered the perfect vehicle to complement his mighty new weapon. Now he streaks across the asphalt, a race-tuned engine under the hood, ready for any Decepticon that may cross his path! 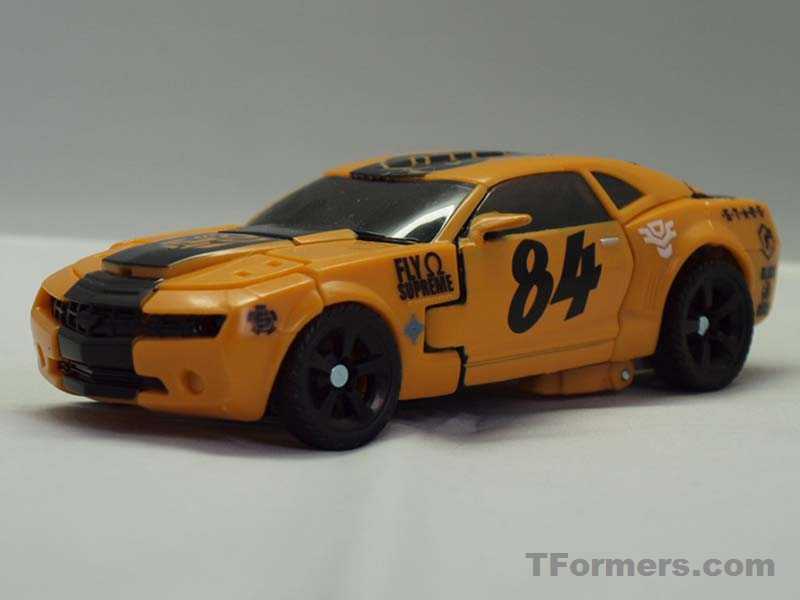 The original 2007 mold makes a reprisal for this version of Bumblebee. The familiar yellow paint job with black comp stripe remain, but some track ready trim has been added. The number 84 is adorned on the roof and doors, commemorating Bumblebee's (and Transformers) debut to the world in 1984. 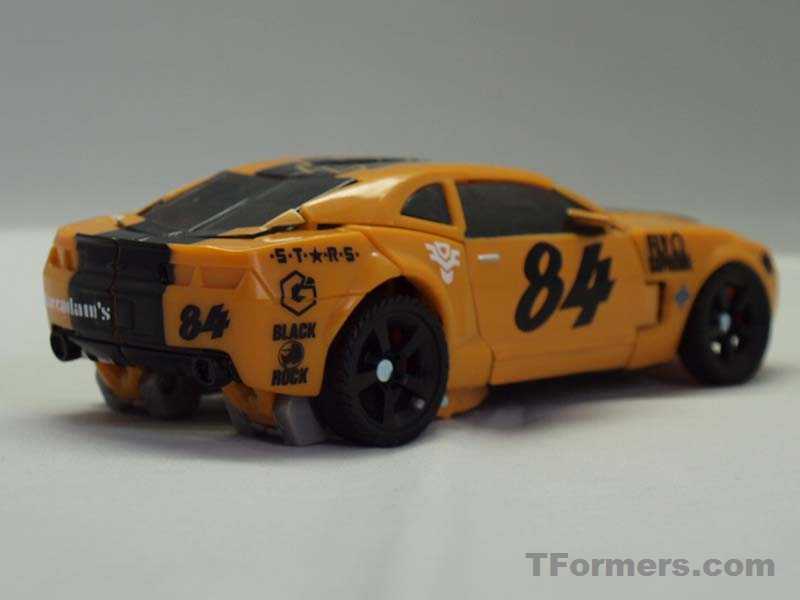 There are plenty of other 'sponsors' to be had, including the Minicons, Blackrock Industries, STARS (Secret Transformer Autobot Rescue Squad) and Maccadam's. That should be enough to get your Transformers nostalgia on. As this is a unmodified 2007 mold, there is no intergration of the "MechTech" weaponry. You'll have to do with his original blaster/blade that stores under the rear end.

No changes to the transformation. That is to say, mostly easy except for the auto-morph feature in the hood that can stick sometimes. 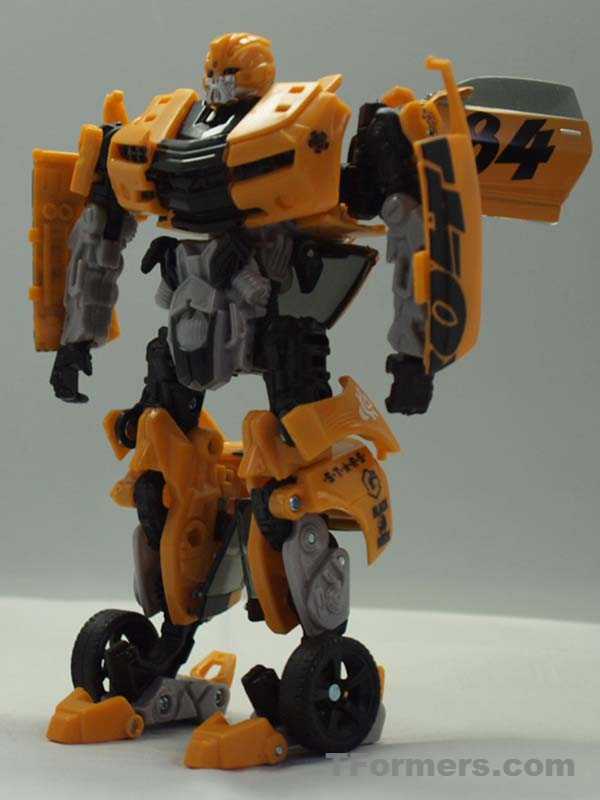 There is nothing really new to report here other than the color variation from the 2007 model. The head sculpt is also unchanged except for the lack of paint on the mouthpiece. The eyes are still piped blue. 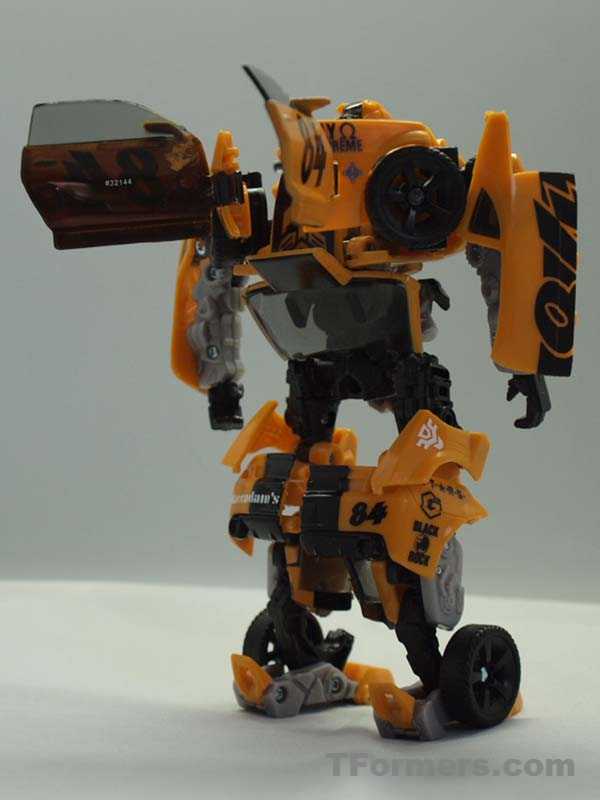 Looking at this mold and comparing it to the 2010 version, you come to realize how much has changed over the past 3 movie lines. Where this was a good mold 4yrs ago, today it seems outdated. Nonetheless, for a recycled store exclusive, it can still hold it's own. 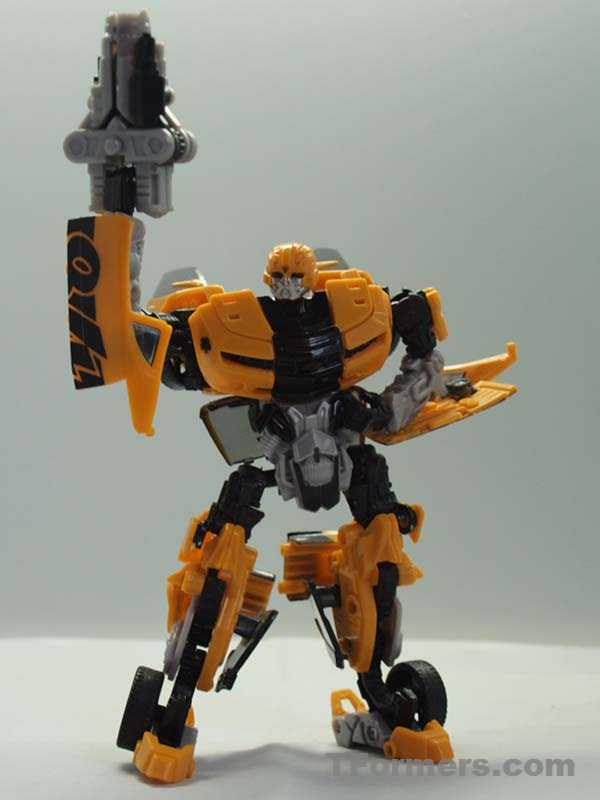 
The legs are somewhat limited because of the lack of a pin for rotation.

This figure is aimed solely at two types of people: G1 fanboys and racing fans. If you're neither, this mold will be lost on you.

With so many Bumblebees out there already, it's hard to assign a score that everyone can agree on. If you're track ready and want some TF history adorned on your sheetmetal, then this figure will speak volumes to you. If you don't care about either of those things, then you might not want yet another older BB mold. The call is yours.