Mudflap - Dark of the Moon - Figure

For a character that isn't getting any screen time on the third movie, there sure was no time wasted getting Mudflap a new mold and paint scheme. He resembles Skids alot in alt mode, but the ROTF mold was unique. Is Mudflap simply a repaint with a new head?

Mudflap is quickly becoming a veteran Autobot soldier, but there are days he cannot believe he's battling the Decepticons shoulder-to-shoulder with Optimus Prime. Mudflap shows the courage and enthusiasm of a distinguished Autobot even though the Decepticons may have to wait a few years before they truly fear him. 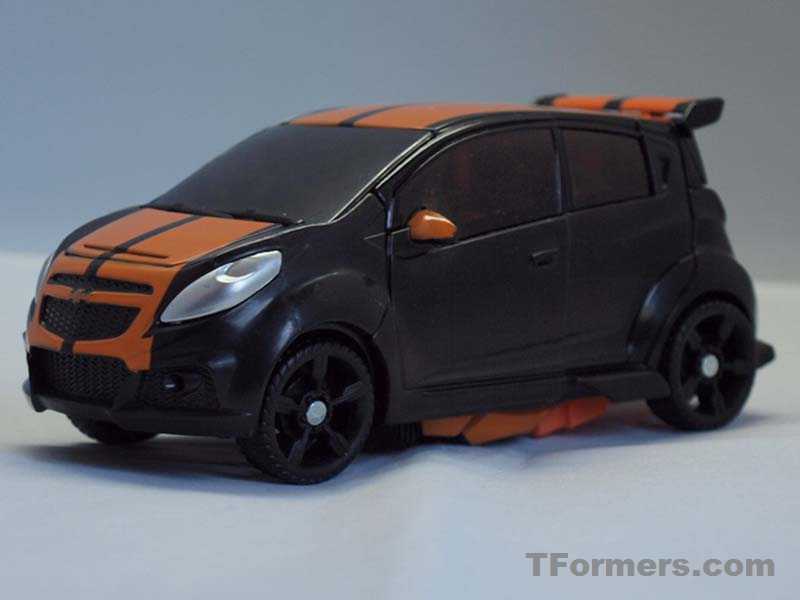 Mudflap traded in his Chevrolet Beat bodywork to the Chevrolet Spark. He also decided to invert his colors so that he is now primarily black with wide bronze comp stripes. Other than the copper mirrors and the lighting, everything is black. However, the mold is nicely detailed. 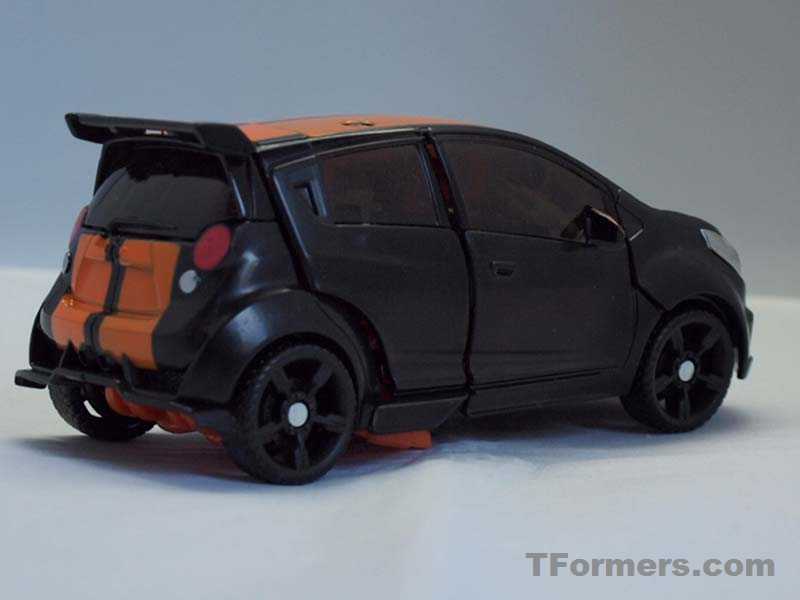 Perhaps all that Prime worshipping has gotten to Mudflap. His MechTech weapon is identical to the Deluxe Optimus Prime weapon. The only difference is that the sight is left unpainted.

Alt Mode Summary:A wanna-be Skids with a cloned weapon? Yes and no.

Just because his alt mode resembles Skids' doesn't mean they transform the same. Mudflap's transform sequence is unique. Getting the waistplate to fold down can be annoying. Getting the windshield to stay on it's pegs is 10 times more annoying. 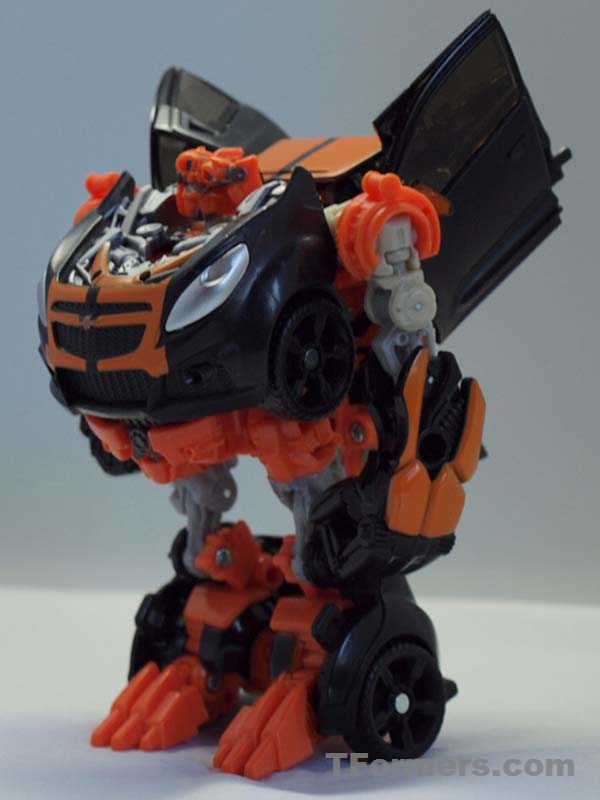 Like his twin Skids, Mudflap has shrunk considerably versus his ROTF mold (about 3/4"). He has retained his giant robo-fist on the left hand, although now it's completely molded. Sadly, he also has the same ugly mug he had in ROTF, which also still lacks piping. 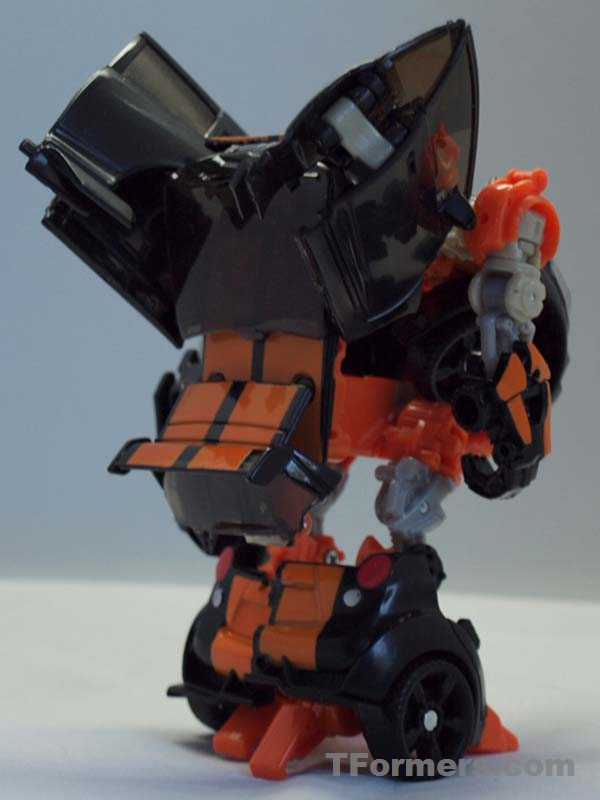 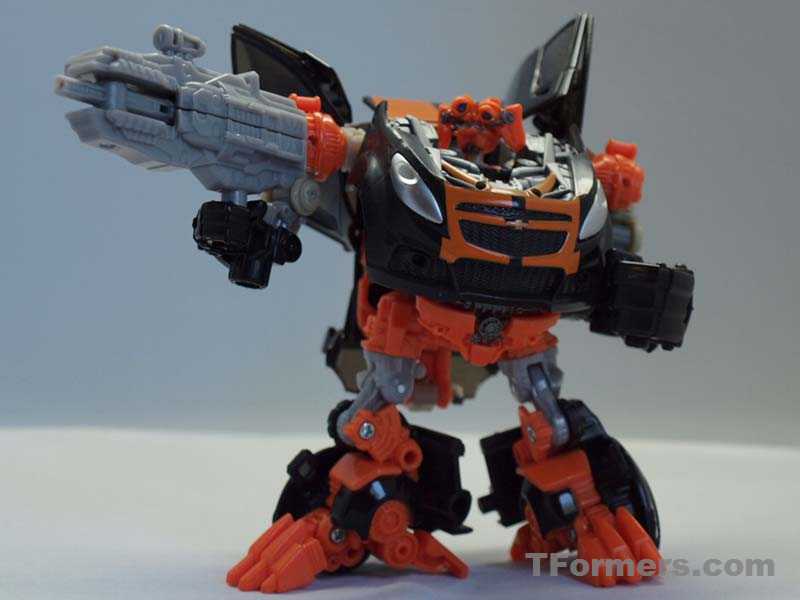 
Leg range is lacking. You have to take your pick between keeping the waist pinned or keeping the windshield on as one or the other will come unhinged.

Robot Mode Summary:A step back from the ROTF mold.

With the windshield and waist peg problems, I can see people getting frustrated over the figure not holding together right. The arms also have a habit of sliding off the tab due to the stiff rotator on the shoulder.

It's confusing why they would make Mudflap match Skids in the alt mode. As much as they tried to give Mudflap a unique transformation into robot mode, there is obviously a consequence to it. Seeing that Mudflap isn't a player in the current movie, this is a completely passable figure.