Thundercracker - Dark of the Moon - Figure

Seekers. Not since the Armada series have we had all three G1 seekers represented with the same mold and in the same series. It's quite the contentious issue amongst the fanbase. With Dark of the Moon, we may finally get that chance. After the release of Deluxe class Starscream, we now get a Thundercracker repaint.

Starscream thinks highly of Thundercracker. He tries to instill the less experienced Transformer with attack strategies and weapons information for the day when he finally usurps the throne from Megatron. Thundercracker is a quick learner and a serious threat to any Autobot that dare engage him in battle! 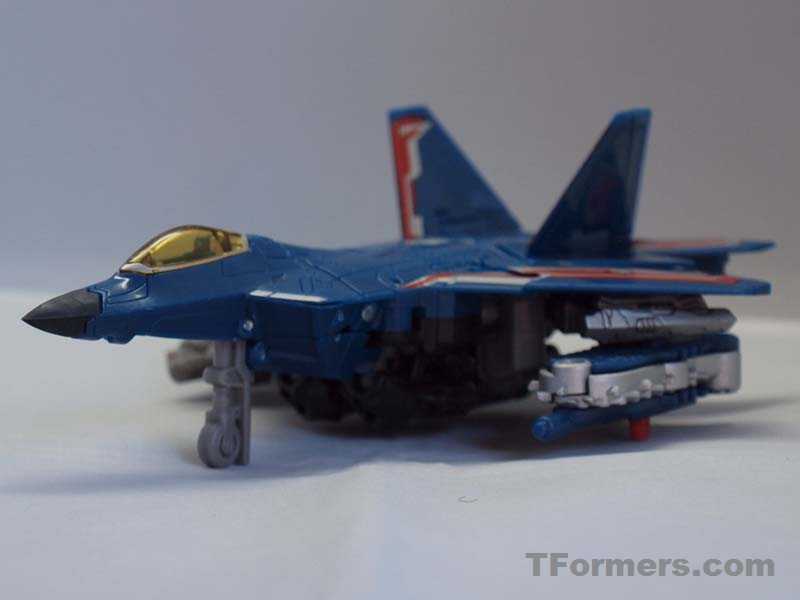 Whereas Starscream keeps more of a Movieverse look, Thundercracker is more of a G1 tribute. Along with the medium blue paint job, he is flanked with red and silver stripes along the fuselage and stabilizers. The cockpit trim, leading edge of the intakes and engines are painted silver. 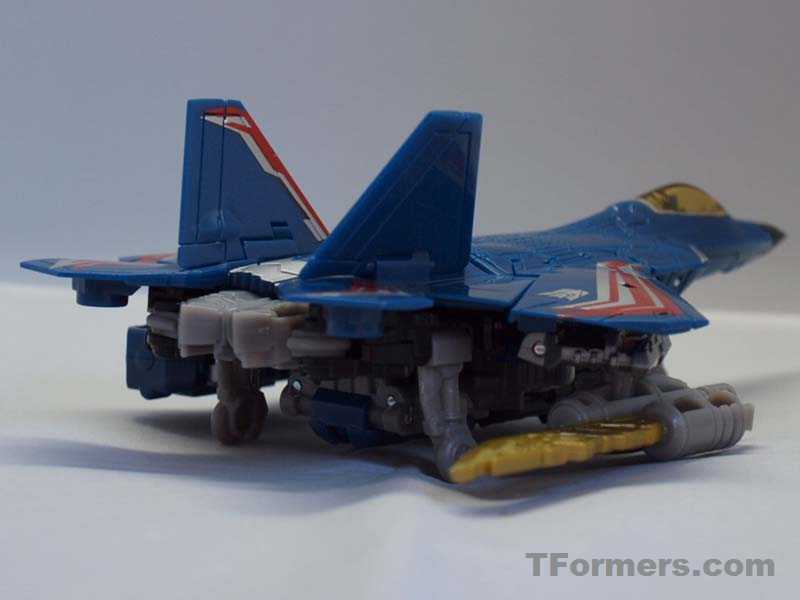 The weapon pairing for Thundercracker is somewhat odd. He retains the static cannon/sword from Starscream, but gets a repainted MechTech weapon originally made for Roadbuster. What's worse, there isn't enough clearance to activate the chainsaw while attached to the wing. You either have to turn the weapon 60 degrees away or take it off the peg completely.

Alt Mode Summary: Nice repaint, but the choice of weapons is confusing. 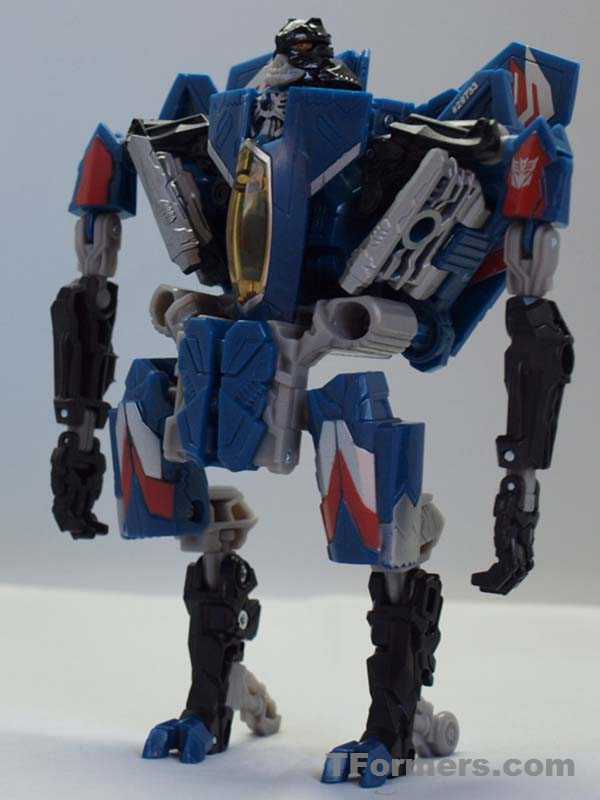 The medium blue motif continues in robot mode, with some black added on the shins and forearms. The head sculpt hasn't changed, but the eyes are now more noticeable. That is likely due to the mostly black head. 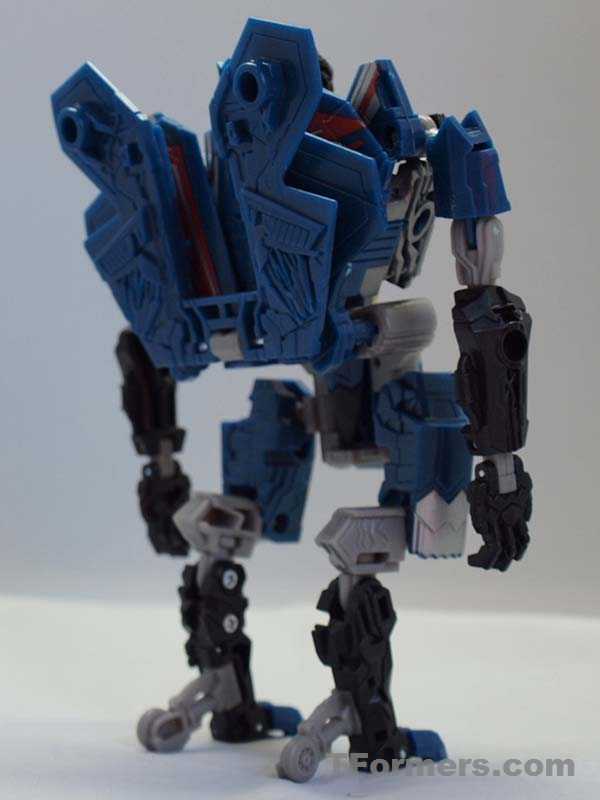 Both weapons still peg to the forearm. The weapon arrangement is a bit more plausible in robot mode. However, the static sword/cannon has no interaction with the MechTech weapon this time around. 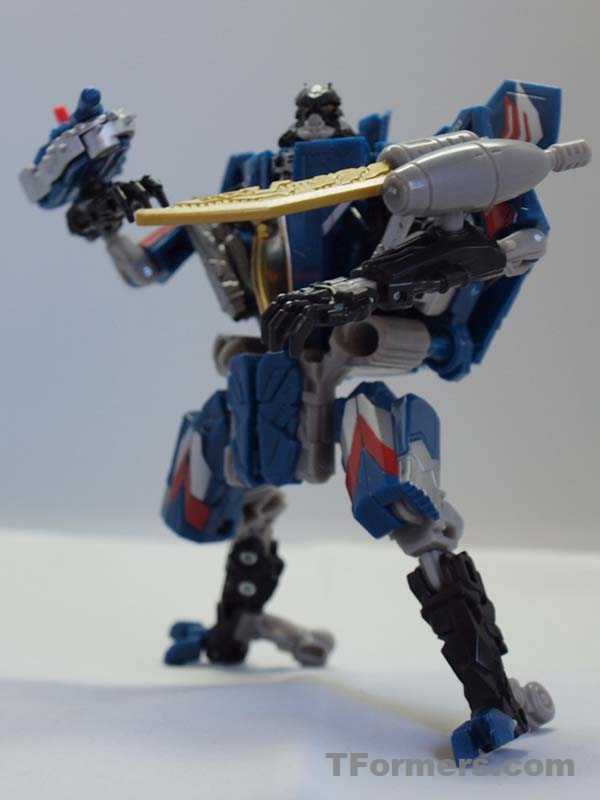 
The lower half of the figure still has it's limits.

Thundercracker will obviously call out to the Seeker fans and/or G1 lovers of the world. For anyone else, this is simply a repaint with a recycled MechTech weapon. Therefore, value is based on nostalgia alone

As with the Walmart racing specials, this is purely fan wank. However, it's something that could potentially set up Hasbro for more ranting. The question going forward will be "Are they smart enough to release a Skywarp repaint?" Because if they don't, then they truly have learned nothing.