After 5yrs and much venting by fans, the seeker collection can finally be had by all. With Thundercracker's release in the Generations lineup, all 6 of the G1 seekers have now been offered via retail (even if Skywarp was a Target exclusive). But how does it compare to the BotCon version from 4yrs ago?

Back on Cybertron, Thundercracker was a master of using sound to his advantage. His fear-inducing sonic booms were tuned perfectly to the composition of the atmosphere. Sonic vibrations from his attacks could be felt thousands of miles away, generating panic in those nearby, and deep unease even on the other side of the planet. 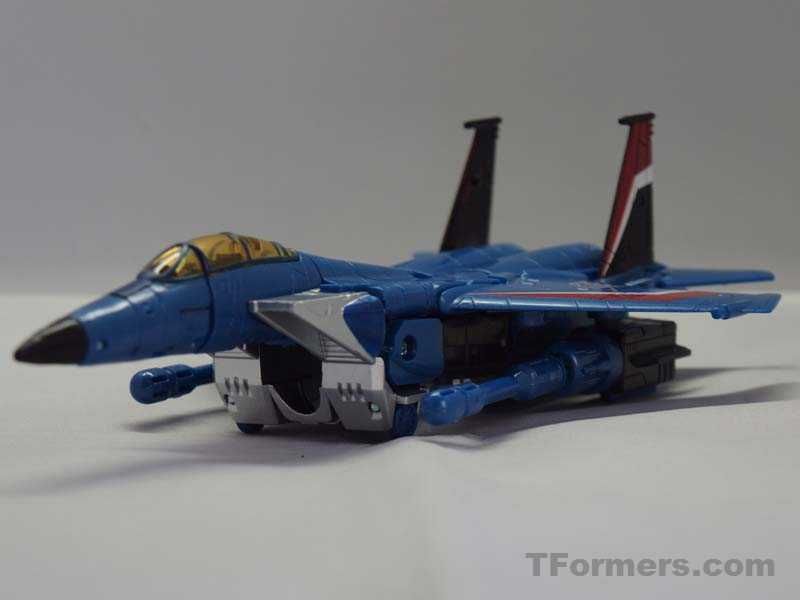 It's actually amazing how similar the Generations version is similar to the BotCon version. All the coloration is consistent between the two, but the striping is changed up just enough to distinguish a difference. There are also less details present with the Gen figure. 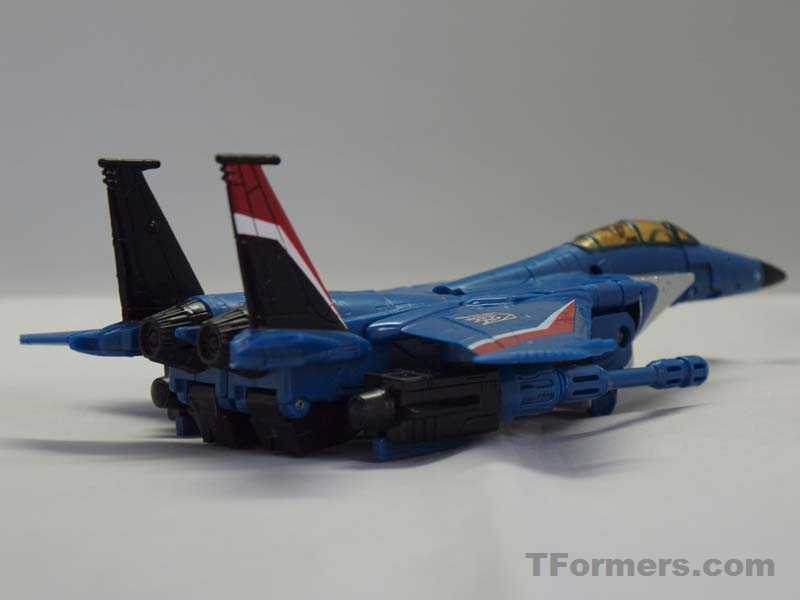 Two other differences to note. The missile launchers are black instead of blue. Quality control is also slipping up again, as a seam on the right engine is uneven. You might double-check the figure in the clamshell before bringing yours home.

Identical to all the other iterations. 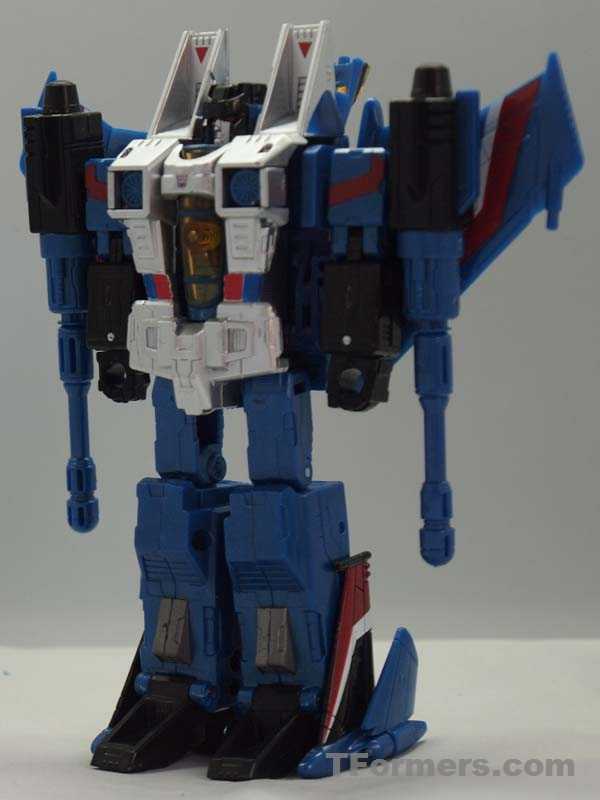 The differences between the Botcon version and Generations version are more prevalent in robot mode. In some areas, such as the legs and waist, the BotCon version is more detailed. However, the body and shoulders of the Generations figure offers more flair. 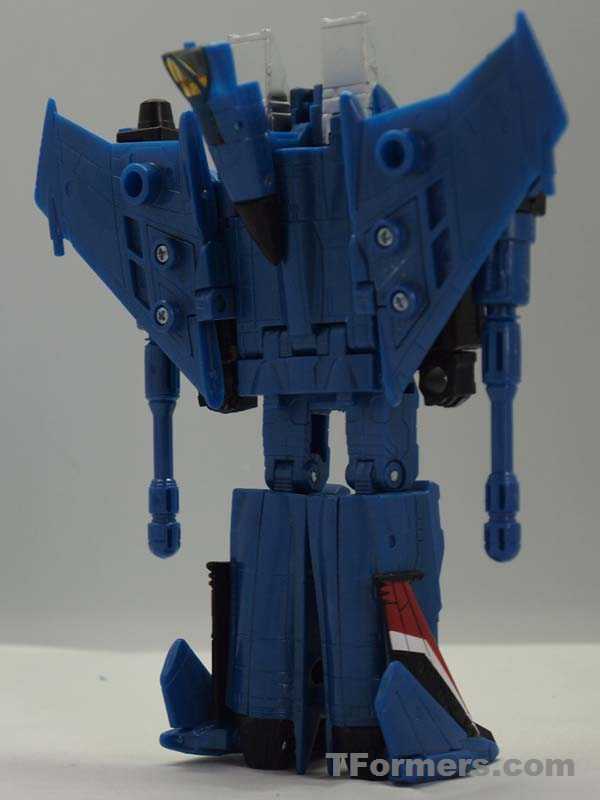 Sadly, all the other minuses of the basic seeker mold are still there. Joints are pretty brickish and quality control is iffy. After being in three lines (Classics, Universe 2.0 and now Generations) and having 11 different iterations (2 Starscreams, the Coneheads, the 3 BotCon exclusives, Acid Storm, Skywarp and now Thundercracker), it's a good thing that Hasbro can close the door to this mole. The mold is definitely showing it's age. 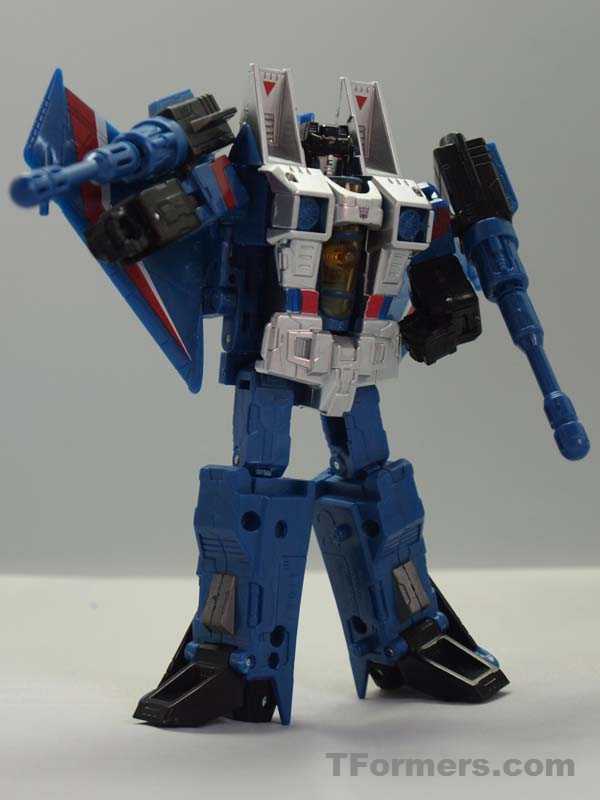 If you have the BotCon version already, this is an easy pass. There's nothing this TC has that the BC doesn't. In fact, in certain areas, the BotCon version has more. If you're not a Seeker completest, there's really no need to buy a 5yr old mold. This one is simply to quiet the angsty seeker fans.

For the first time since G1, all 6 seekers have now been offered at the retail level. Sure, you can argue that Skywarp was a hard-to-get Target exclusive, that Sunstorm wasn't issued, etc. Get over it. The point is that this mold has lived it's life and should now be retired. Since Hasbro has finally made good on Starscream, Skywarp, Dirge, Thrust, Ramjet and now Thundercracker, may this mold retire and live in peace without being used ever again.