Wheeljack hasn't had a good G1 representation in a long time. There was Armada, but that character was Wheeljack in name only. Then there was Energon, but due to name right issues they went with Downshift. Then Cybertron came and got us closer, but the colors where all wrong. Generations looks to finally give us an honest to goodness Wheeljack that harkens back to the 1984 original.

Wheeljack is a brilliant risk taker, both in his lab and on the road. His inventions are both the cause of and the solution to many problems as he pushes the boundaries of science and engineering in his quest for the next big thing. Due to the daring nature of his experiments, his lab needs to remain isolated - mostly because it blows up on a regular basis. 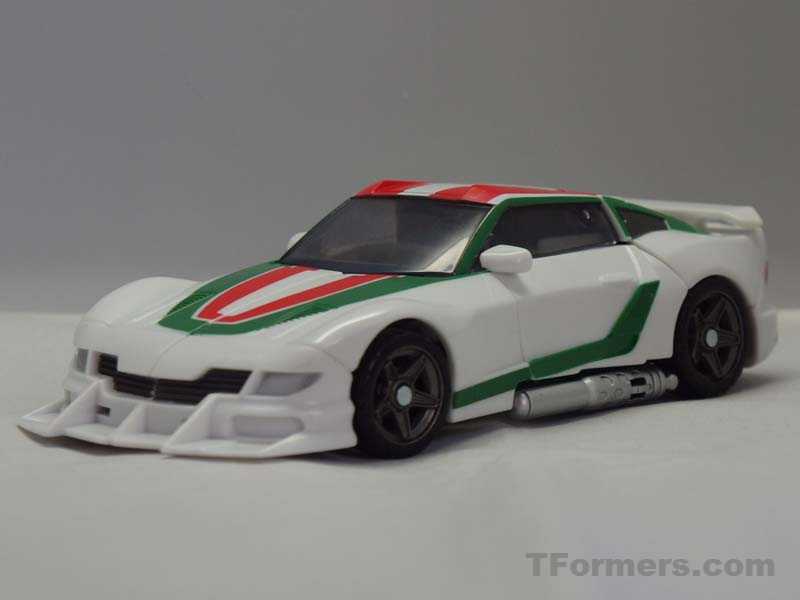 Two molding differences separate Turbo Tracks from Wheeljack. The first is the front end, where the air dam extends out quite a bit. The other is the rear end, where a spoiler has been added. Otherwise, the molds are identical. 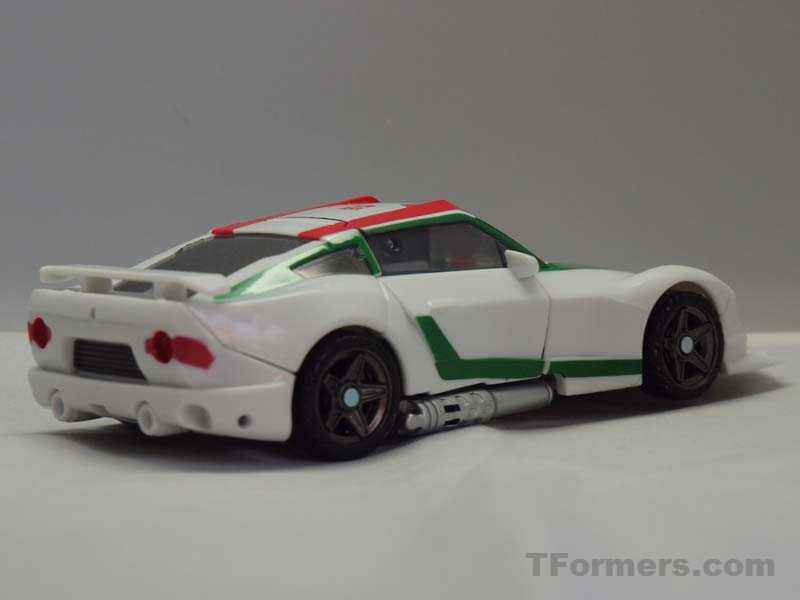 Colorwise, Gen Wheeljack doesn't have quite the flair that his G1 namesake did. The coloration is dead on, with a white body and green/red stripes. Perhaps it's all the sponsorships and lack of racing numbers that make Gen Wheeljack look a bit plain. Bets are Reprolabels will eventually fill that void for the discerning fan. The instructions also call out the flight mode, but Wheeljack didn't have one and, quite frankly, the flight mode is terrible. 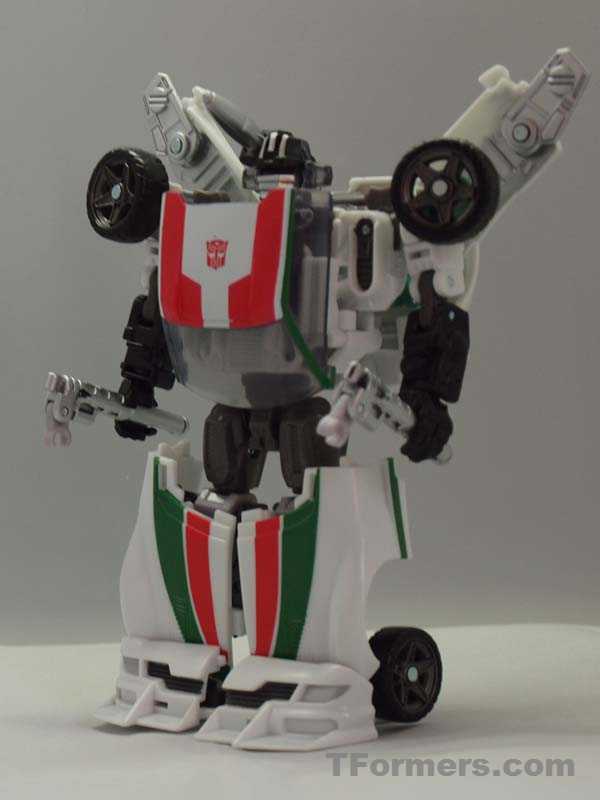 The robot mode is a better rendition of his G1 self. Though the chest isn't rounded, overall the colors and details are right where they should be. The head is also done up pretty well, including clear piping for the eyes and clear 'nodes' on the sides. 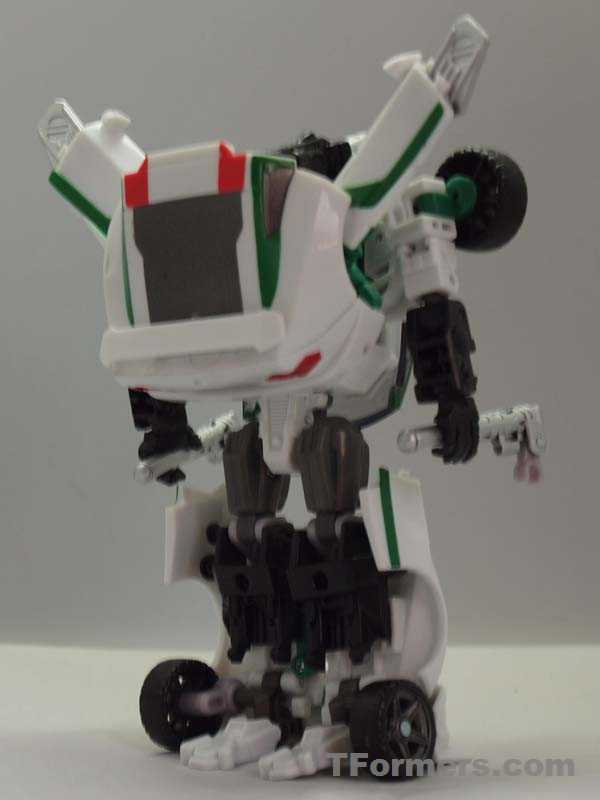 The exhaust/missiles serve a dual purpose of being handy wrenches for Wheeljack to work with. You can plug the weapon on his shoulder via a clip to serve as his shoulder cannon. However, should you want him more battle ready, you can clip both missiles to his shoudlers and fold out the weapon to form a hand gun. 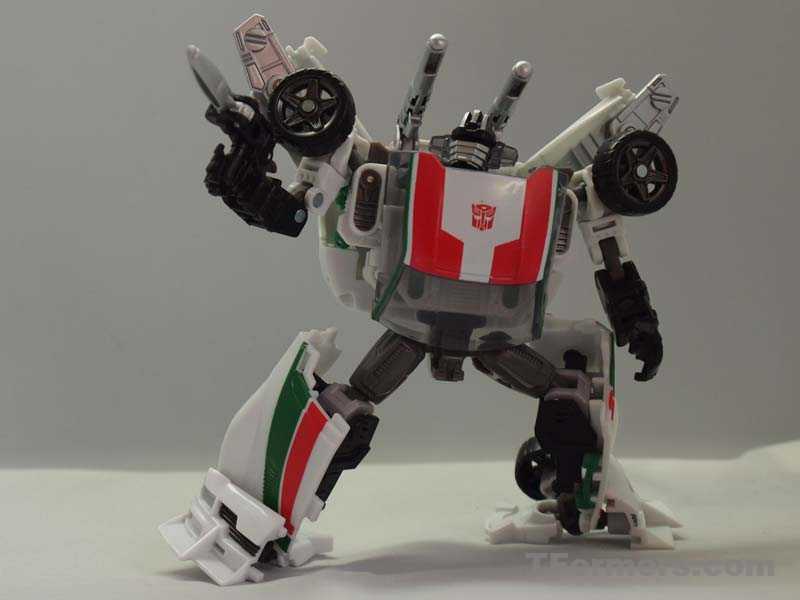 
Some minor restrictions in the legs and shoulders, but still very poseable.

Quality Control rears it's head yet again. The paint apps can be a bit sloppy. The left tail light, for instance, has overspray on it. The missiles can be easy to lose and the doors pop off their ports pretty easy. Other than that, he's a pretty solid figure.

Turbo Tracks was a great opener for the Reveal the Shield line. It was only natural to have Wheeljack be the repaint for this mold. With some accurate decals in alt mode, this is the first Wheeljack to truly be excited about in a long time.