Although new G1 Transformers episodes stopped airing in the US after 1987, most TF fans know that they soldiered on in Japan for another 3yrs. Three series were created in that time, and they were vastly different from how the US saw Transformers. For most fans, there have only been two methods of seeing these Japanese episodes. Either you watched the Malaysian RTM-1 redubs on VCD or you caught fansubs on YouTube. Both methods felt like something was missing. Shout Factory finally introduces the conduit needed to bring a production quality version of these shows to the US. Their first release is Headmasters.

For anyone who is familiar with the Headmaster series, you can skip this part. For those who are NOT, some brief history is in order. Headmasters attempts to segue events of Season 3 into a Japanese flavored continuum. That being said, you may be confused by some of the events (such as Prowl appearing in the first episode or the events taking place 'one year later' in 2011). Season 3 in the US was known as Transformers 2010 in Japan. Some of the translations there did not follow the dialogue of Season 3, hence some differences. 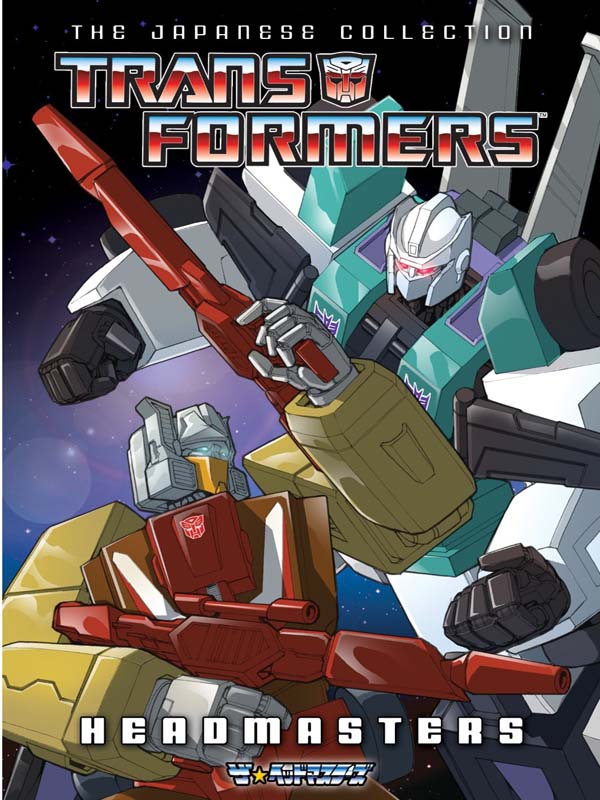 Headmasters comes in a 4-DVD set contained in a single case. Each DVD has an outline drawing of one of the 4 Autobot Headmasters. The Japanese Headmasters title is also plastered all over the place. The sleeve features an episode list on the left side, with the outline drawing of the case cover on the right. Very nicely done overall. 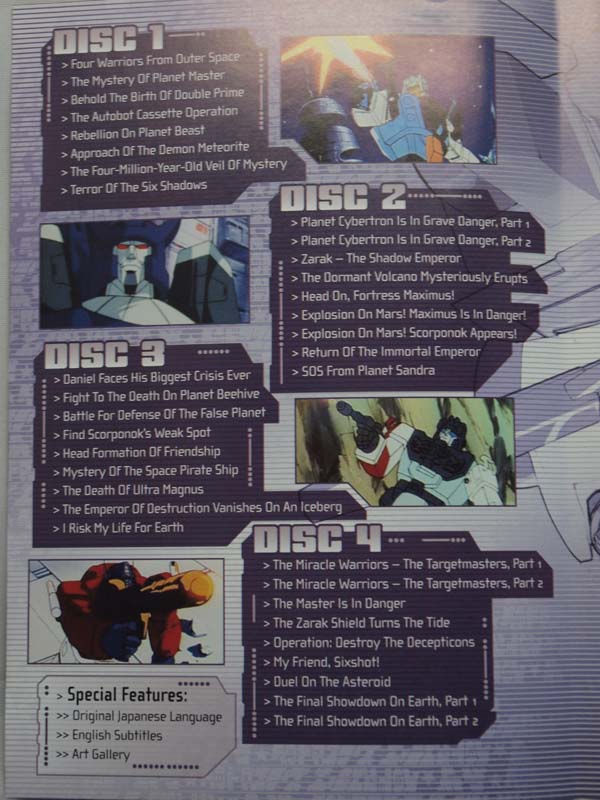 All 35 Headmaster episodes are represented in this set. This covers the time from the Vector Sigma assaults on Cybertron to the final battle in the North Pole. For anyone wondering about video quality, there is no remastering done here. All the episodes are in analog broadcast quality. This is just as well, since many of us know how Rhino's remastering attempts went with the original G1 boxed sets. One small gripe is that all the bumpers have been removed. It might have made for a nice bonus feature.

Speaking of bonus features, the only one you get are some line drawings of the main characters. This feature can be found on Disc 4. Line drawings for all the Headmasters, Targetmasters, Horrorcons and Sixshot can be found there. That's all you get.

The RTM-1 and fansubs always made you think you were missing part of the translation. It's evident that Hasbro and Shout Factory took some strides to make characters familiar to US fans while trying to keep integrity to the Japanese versions. On the plus side, the translations by Shout Factory make the most sense out of any I've seen and keep the show on mostly a serious plane. While the humor is still very evident, the dialogue makes much more sense.

There were also liberties taken. A lot of battle dialogue was mellowed down. References to Hell were completely omitted, for instance. Funny thing is, in at least one instance the word DAMN was still used. Also, while the translations are excellent in quality, the subtitling was not. Several grammatical and spelling errors were encountered just on Disc 1. You would think the text would have been more closely proofread. Finally, some of the character names were westernized. Fortress in his robot mode is referred to as Cerebros, even as the characters in voice refer to him as Fortress. This was Hasbro's attempt to not confuse the US audience, but they might end up confused anyhow.

Transformers The Japanese Collection: Headmasters won't be sitting on the shelf at your favorite Best Buy, Target or Walmart. Shout Factory offers the 4-DVD collection for $24.98 on their website. That's not bad for 4 DVDs and breaks it down to about 71 cents an episode. If you have the VCD copies that were so proliferate on eBay, it's worth considering. The video quality will be better and you won't be forced to download Real Player to watch them. For those who view it on Youtube, it's also worth considering. The subtitles are well done (even with the typing mistakes) and, again, the video quality is slightly better. You might not get a digital remastering with a ton of special features, but you will get to own a part of G1 that, until now, the US as a whole never got a chance to view.