Megatron Blastwave Weapons Base - Dark of the Moon - Playset

We've had the chance to review 2 Cyberverse playsets so far, and the record stands at mixed. While Starscream's orbital carrier was lacking, Bumblebee's bunker definitely had things going for it. Now that the second wave is coming around, we take a look at Megatron's appearance with his Blastwave Weapons Base.

Few Autobots have ever seriously challenged Megatron and his fusion cannon. Far fewer will dare challenge him when the Blastwave Weapons Base is deployed. This powerful piece of weaponry is equipped with the latest generation Decepticon particle blasters and multiple missile pods. The base's jet mode allows Megatron to swoop from battle to battle, leaving Autobot scrap in his wake. 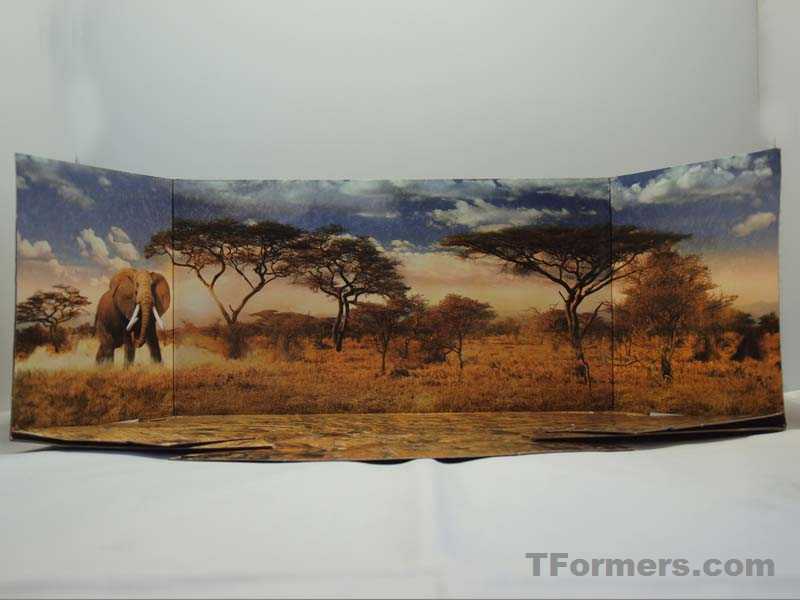 Megatron's action scene is the Serengeti, where he makes his first appearance in the movie. One of the elephants that Megs stared down can be seen in the background 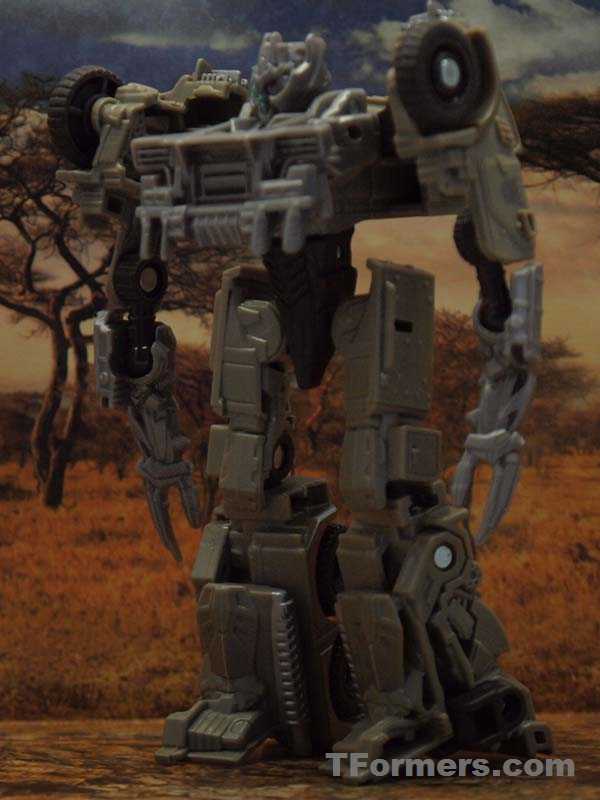 In a twist from the previous 2 sets, this Megatron is the Commander series mold. However, he does get a slight tweak in the paint department. There is more brightwork on this Megs. You'll also notice his face is half 'torn' and blue. 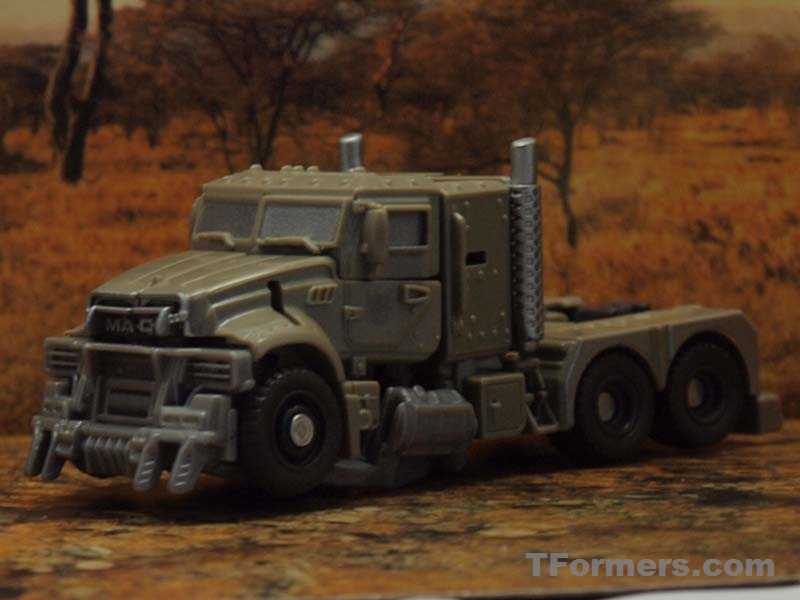 The same subtle differences can be found in the alt mode. Whereas the Commander packaging has some rust on the fenders, the playset version features shiny silver paint. The Decepticon insignia is also moved from the bulkhead area to the driver's door. 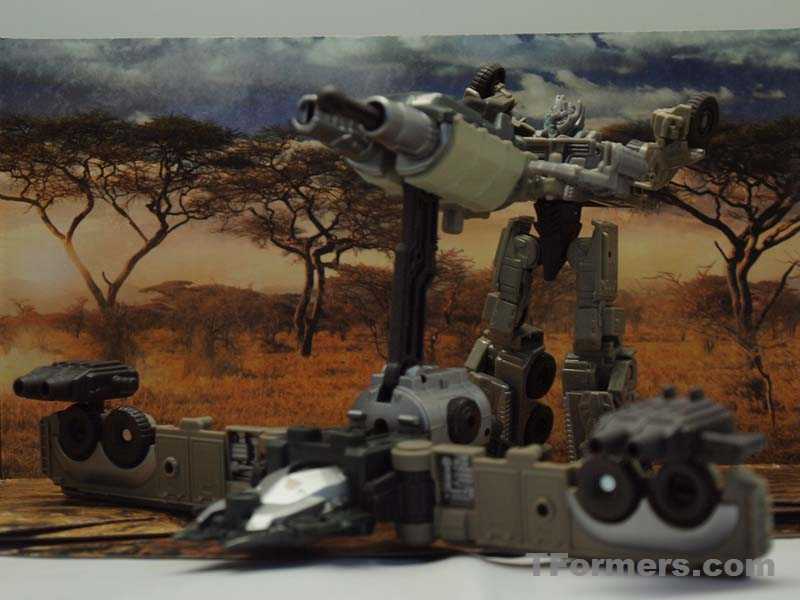 The weapons base has twin laser cannons on either side of it's supports. It also features a cannon and missile launcher on a pedestal. While the pedestal weapon can be wielded by Megatron and tilted, it can not be rotated. The base is very sturdy thanks to the support leg on the rear section.

Fold the guns around and down into the supports, fold the weapons platform into itself, recess the support leg and swing the supports around to form the trailer. 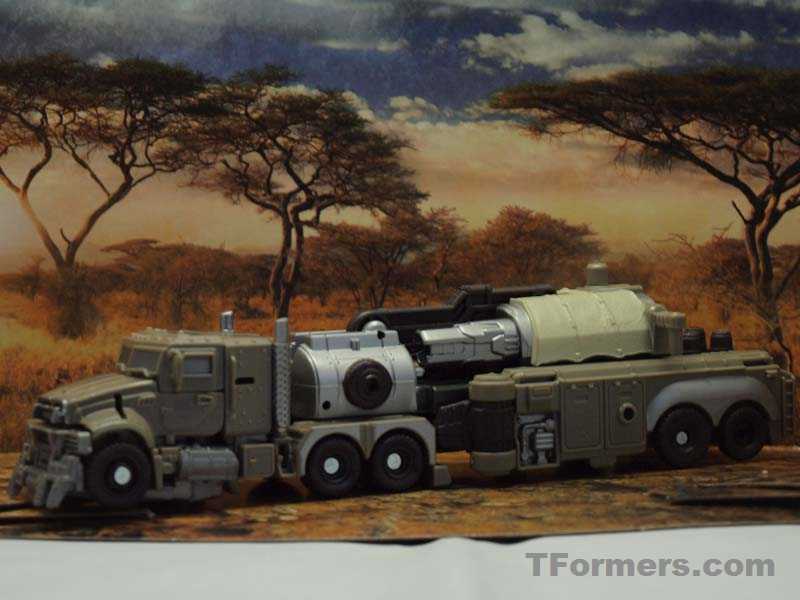 The trailer attaches to Megatron via a pronged clip. While all 6 wheels on Megatron's cab spin freely, only the two forward wheels on the trailer spin. The rearmost wheels are molded.

It's almost like reverting back to weapons base mode, except the supports form wings. 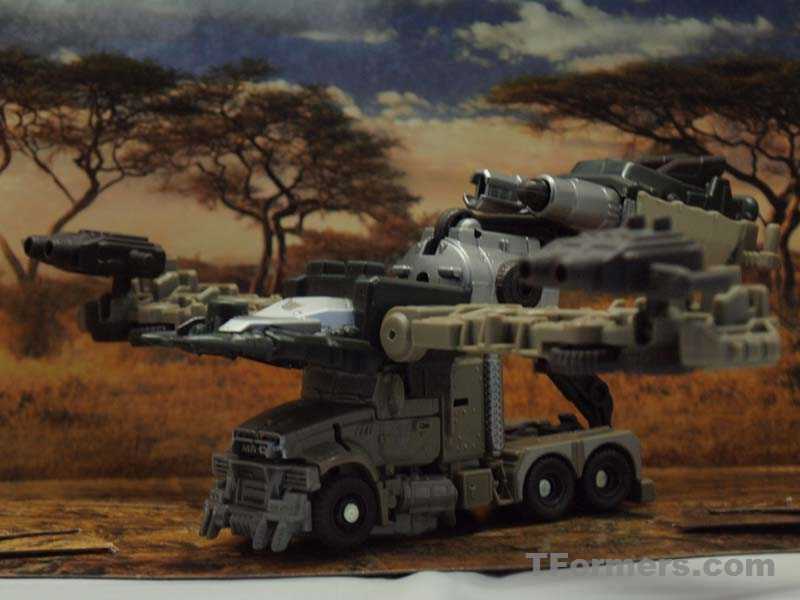 The jet pack attaches to Megatron in either mode by clipping to the door windows. As a bonus, his alt mode now has access to all the weapons his base had. 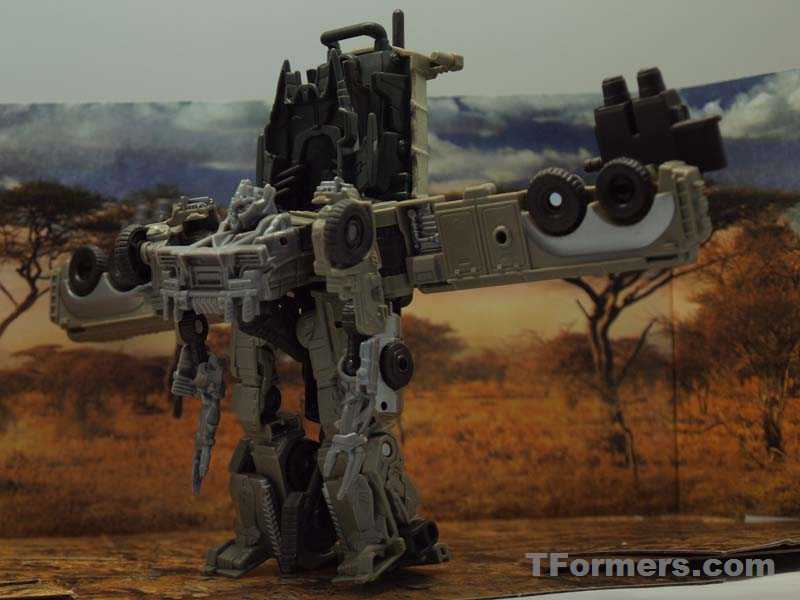 The jet pack also works in robot mode, naturally. It's almost reminiscent of his original 2007 alien jet design, in a way. Just with more color now.

Be wary of the launcher. It's on a hair trigger and will launch the missile if you should sneeze 30ft away. Therefore, I can easily see the missile getting lost.

I've found myself picking this Cyberverse Megatron up a lot more often than I've picked up the Voyager mold. And I liked the Voyager mold. The interaction with the trailer/jet pack/weapons base is seamless and doesn't look out of place no matter what mode it's in. Easily the best of the Cyberverse playsets so far.