Seems like every major character needs at least one repaint per movie. Ratchet is no exception. No sooner than his deluxe mold was released did we hear that a red repaint was on the horizon. That red repaint is Specialist Ratchet.

Few Transformers can match the repair knowledge and skill of Autobot Ratchet. This resourceful Autobot has developed cutting-edge Transformer rescue and repair strategies to quickly heal even the most devastatingly wounded comrade. 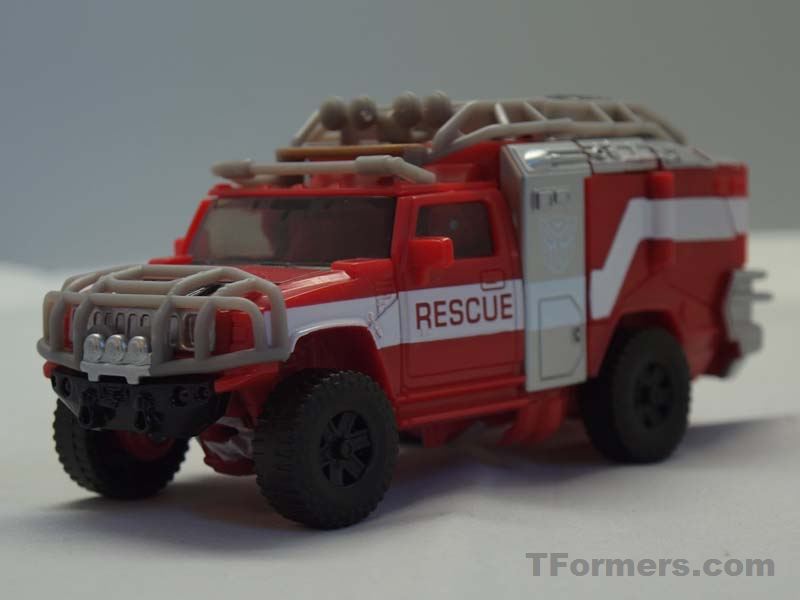 Specialist Ratchet takes on more of a fire department search vehicle this time around. He is predominantly red with a white stripe running alongside the vehicle sides. There is a big silver strip running vertically just behind the doors that camouflages an Autobot insignia. 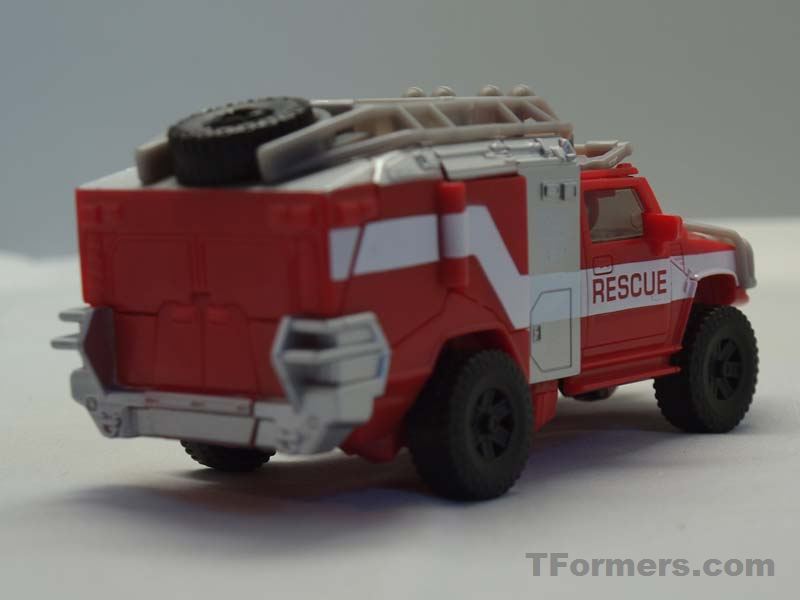 As seems to be the case with deluxes, no real attention is paid to detail. The details are there, but you have to look for the molding. A bit of detailing, especially to the brush bar and roof rails, could easily bring out this figure's better side. Ratchet borrows his MechTech weapon from Skids. I would have rather seen Deluxe Prime's axe weapon for Ratchet, but I don't get to make those decisions.

Alt Mode Summary: Easier on the eyes and an opportunity for the detailer in you. 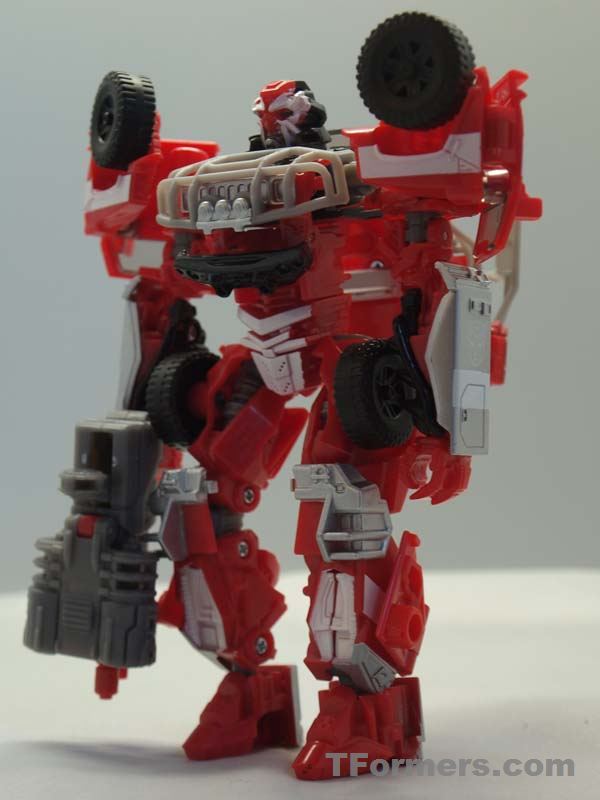 There's not much of a visual improvement of Ratchet by going red. In fact, the detailing kinda washes out with there only being red and silver in the paint make up. Even the head is a bit bland, since they changed the piping to clear. 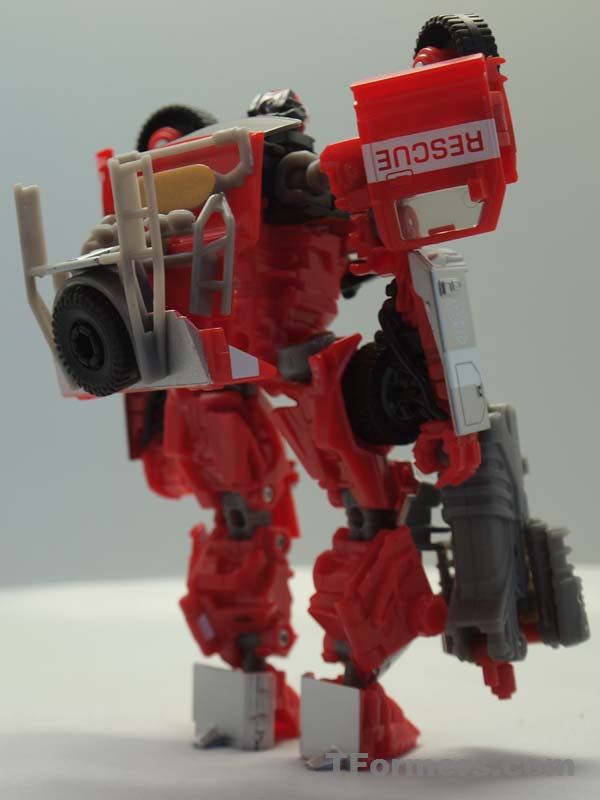 If Ratchet is a medic and prefers pacifism, it makes no sense that he got a rifle that turns into a double-barrel rifle. Again, getting Prime's Axe weapon would have made much more sense. Beyond the weapon change, this is a straight repaint with no mold changes. 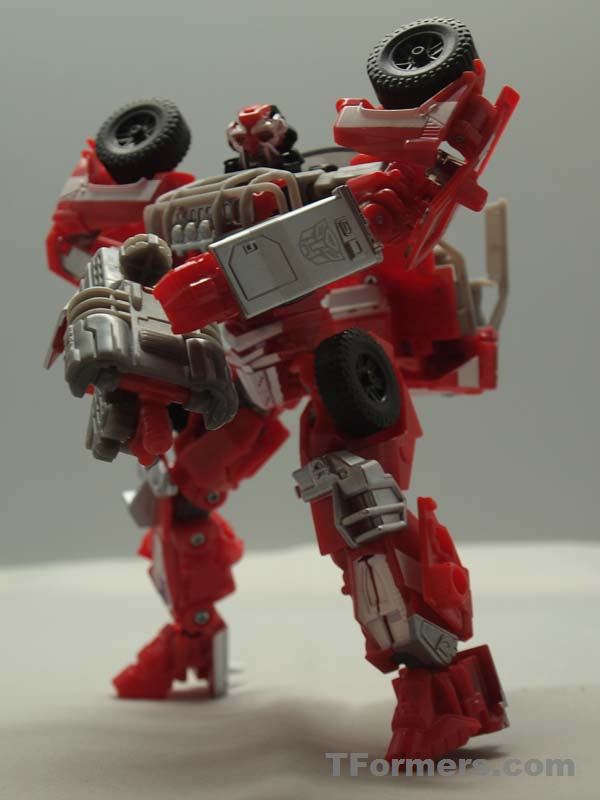 
The small footprint is the only hang up.

As with the original DOTM Deluxe Ratchet, this is a pretty solid mold. The weapon stays in place nicely and there's no suspect panels or parts that seem subject to stress or coming loose. However, this isn't a well executed repaint in my opinion. Unless red is a favorite color, it might not be worth duplicating in your collection.

This is a very good mold that, unfortunately, has been treated with a very bland repaint. If you weren't itching to get Ratchet before, this might not change your mind much. Should you wait for the white repaint? Don't hold your breath, but it could happen. As it stands, unless you need a red Ratchet, or have not yet got the green Ratchet, save your bread for something else.