As most G1 fans know, Generation One ended it's TV presence in 1987 after The Rebirth. Most G1 fans also know that Generation One continued on Japan's airwaves through 1989. Fans for many years clamored for those Japanese series to be brought to the states. Shout Factory finally heeded the call in 2011 by releasing the first of the trilogies, Headmasters, to DVD. After some delays and rumors of cancellations, Shout Factory is finally set to offer the entire trilogy in one complete set. 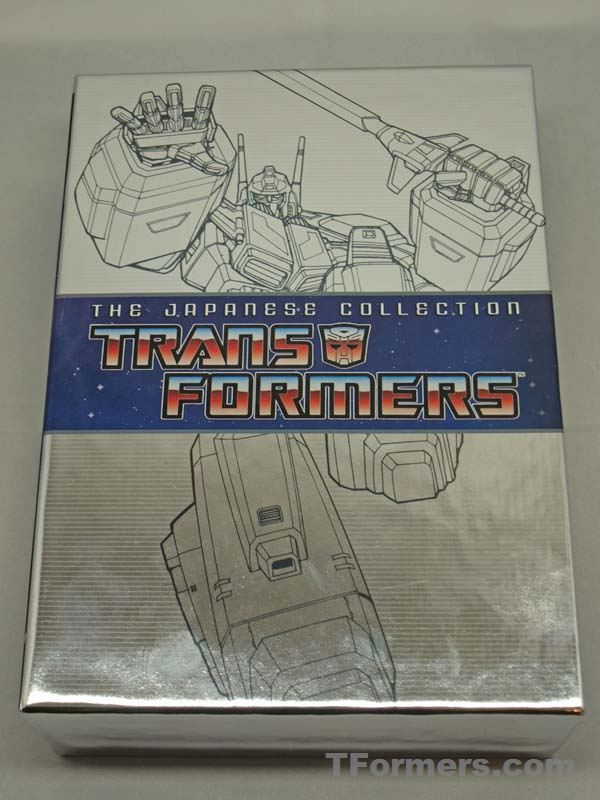 The box set packaging is reminiscent of the Rhino releases for G1 stateside, with it's chromed out box. An outline of Victory's Star Saber can be found on front. A total of three DVD cases are enclosed in the box set sleeve, each case containing one of the trilogy series. If you are wondering if Shout Factory will release Super-God Masterforce or Victory separately, I don't know the answer. The DVD cases are set up for individual sale, but there has been no word otherwise. 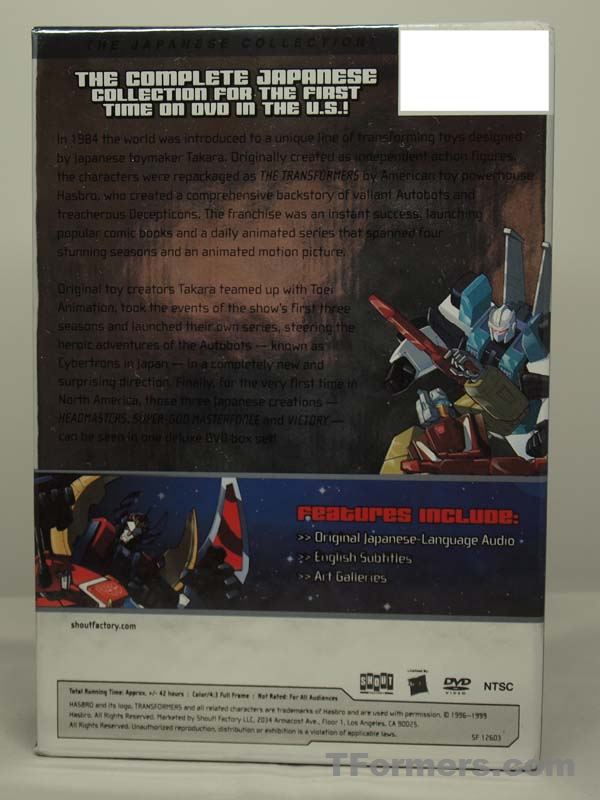 The cases themselves are done up very nicely. Each cover has an IDW illustration of the main Autobot and Decepticon character featured in the series. The inner sleeve features a few screen shots from the series, as well as an episode listing on the left. An outline of the cover will be found on the right. The DVDs are neatly spined in the center via 2 front-to-back catches. I really like how they're able to contain 4 to 5 DVDs in a single case. It makes for tidy storage.

Since Headmasters was already detailed in a previous review, I decided to peruse the first DVD of Super-God Masterforce and the entire Victory series. As with Headmasters, the other 2 series are the original Japanese audio with English subtitles. Video quality is not remastered. This is evident throughout the series as you'll notice some audio lag from the analog film source. 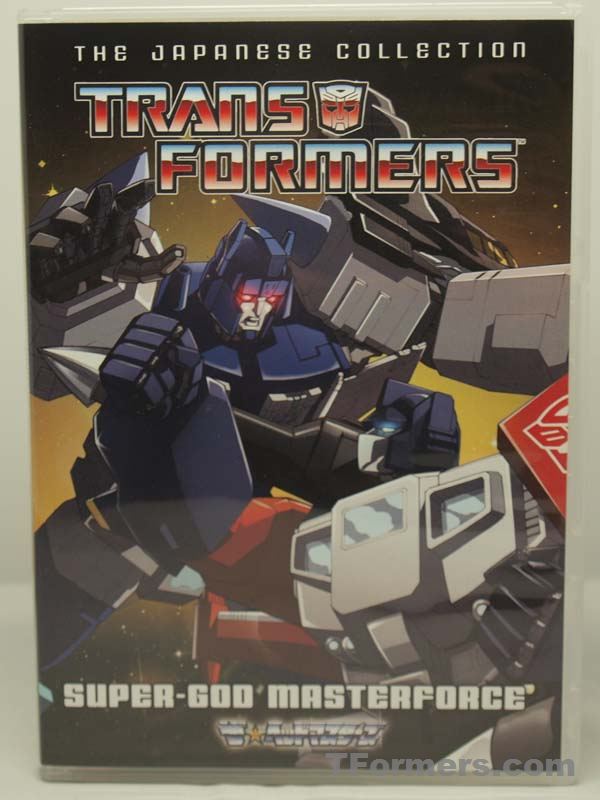 My disappointment comes with the subtitling. Though there were some minor spelling and grammar errors in Headmasters, Victory seemed a bit more rushed. Blacker is referred to as Gripper throughout the series in the subtitling. Episodes 22 and 24 make the same character mistakes as RTM-1 did (naming Braver and Laster as Lightspeed and Flame, respectively). Those errors were not repeated in any other episode. Even worse, Ep 23 contains the subtitling for Ep 25 throughout the episode. 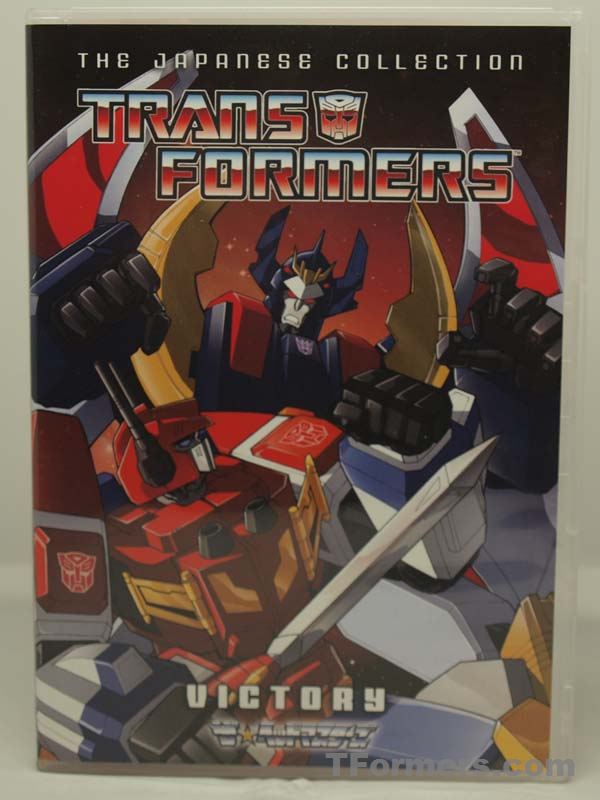 One other subtitling grievance is when battle sequences paired up with the theme song of Victory. You would think that they would change the font color or style of the song lyrics to distinguish them from the character dialogue. They didn't. There's not even a line break. Therefore, it gets a bit confusing to read. That's even more confusing is that they didn't include the song lyrics every time it was sung. You almost didn't know what to expect.

Note: Shout Factory has recognized the subtitling errors and is now sending replacement DVDs to those who have already received copies of this set. This review may be modified to account for the correction by the factory once the replacement DVDs are reviewed. Please click here for more details concerning the replacement process.

As with Headmasters, the only bonus content is some white line drawings of the main characters. The "art gallery" is located on the final DVD of every series.

US fans have waited a long time for the Japanese trilogy to make it to the US. There was much excitement when Shout Factory promised to deliver. In my opinion, the delivery is a bit flat. While I can understand that attempting to remaster the original film stock would be a task, the subtitling errors are not as easy to forgive. Proof-reading would go a long way here. The lack of true bonus content would be forgivable as well, but at an $89.99 price point on Shout Factory's website, the 'bang for the buck' quotient pretty much goes out the door. Considering that Headmasters only goes for $18.99, the extra cost is a bit head scratching. As much as I would like to applaud Shout Factory for the effort, my heart just isn't in it.