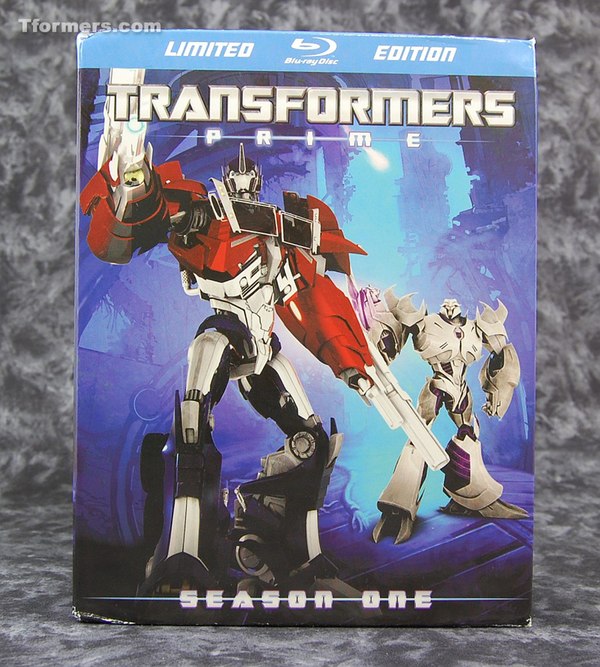 With Season 2 underway, Shout! Factory has picked a good time to get everyone caught up on Transformers: Prime with a Limited Edition Blu-Ray boxset of Season One. If you missed episodes as Prime aired on the Hub this past year, or couldn't get the Hub in HD, or just want it all in one place in a handy box, you're in for a treat.

The set is packaged in a cardboard sleeve with a single Blu-Ray disc box containing four discs, as well as a comic from IDW. The sleeve has the same artwork as the disc box, with Optimus and Megatron against a blue background. Prime's had his blue desaturated a bit to stand out against the bright Blu(e) background, which makes sense. The reverse side of the box's insert has the list of episodes on each disc. 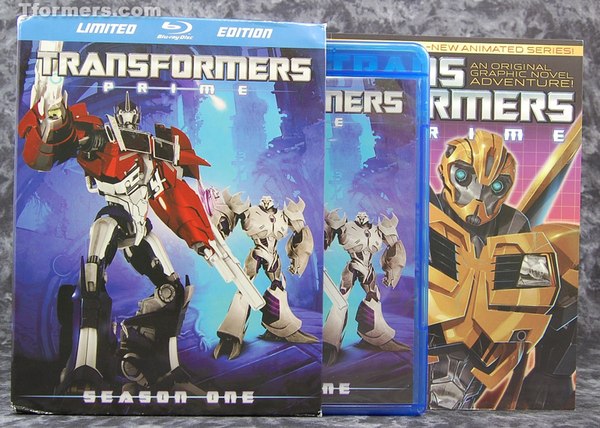 The Menus are of the type where there's a simple text menu framing a repeating video clip. The interface is good and simple and easy to navigate- even with the PS3 controller I used for my screening. There are 3 (or 4) headings to click on: "Play All" does exactly what it says, "Episodes" brings up a list of the episodes on the disc to select with or without the commentary track, and "Set Up" lets you choose between stereo and Dolby 5.1 audio. Disc 4 adds a heading to view the three Special Features. Very straightforward. 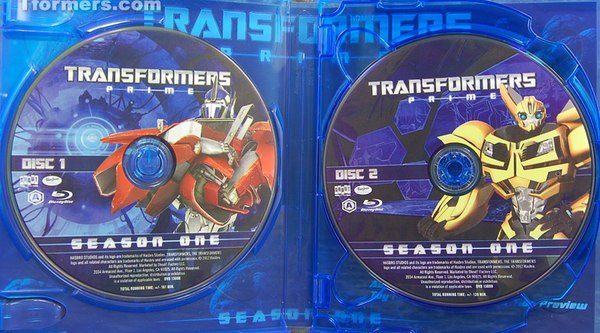 I had not seen Prime in HD before this- as I imagine most people haven't, seeing as it can be tough enough to even get the Hub in SD in a lot of places -and it really adds something to the show. The video is crisp, clear and vivid- absolutely glorious. The blue of the skies is absolutely striking in some scenes, as is the detail in some of the starscapes. It's clear Prime was made for HDTV; the show as a whole simply did not look anywhere near this good on my SDTV. The sound is equally good, with the plain old stereo audio track offering slight-but-noticeably deeper bass for me than the 5.1 sound. I suspect that might be my setup, though, and both mixes are clear and sound fine. 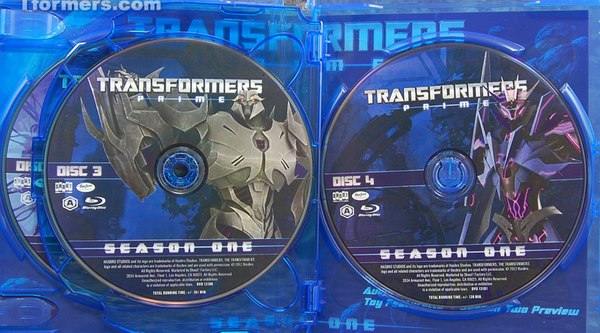 Roughly half the episodes have commentary tracks involving various members of the cast and crew. I was happy to see that Peter Cullen is present on the episode "Convoy" (appropriately enough), but Frank Welker doesn't seem to have provided commentary for anything- and since more than one person, Cullen included, speaks highly of Welker's sense of humor, I'd have liked to hear what he had to say. I particularly enjoyed the commentary on "Faster, Stronger" -the great Jeffrey Combs has a pretty strong grasp of Transformers, and it's interesting to hear him explain the difference between acting in front of a camera and doing voice work.

Besides the commentary tracks, there are three featurettes included on Disc 4. Two have been seen before- the "Making of Transformers Prime" preview the Hub ran prior to the show's premiere, and the very brief ad they've been running for season two of Optimus Prime... getting a new tattoo, more or less. The third is the only new piece and the most interesting, a featurette about the making of the toys and about Hasbro's involvement with the making of the series. (A quick warning: there are more than a few spoilers for the last few episodes of Season 1 in this feature, so you might want to save it for last!) It's fascinating to see exactly how hands-on Hasbro is with the making of Prime, and how many ideas originated with the main company before Hasbro Studios was brought in. It's also fun to see the designers talk about which characters they'd like to include in the series and toyline- it's obvious everybody involved really loves working on the Transformers. Overall, the video and sound quality in the featurettes is largely equal to that of the main event, with the exception of clips from older Transformers animation, where there were obviously no HD masters available. 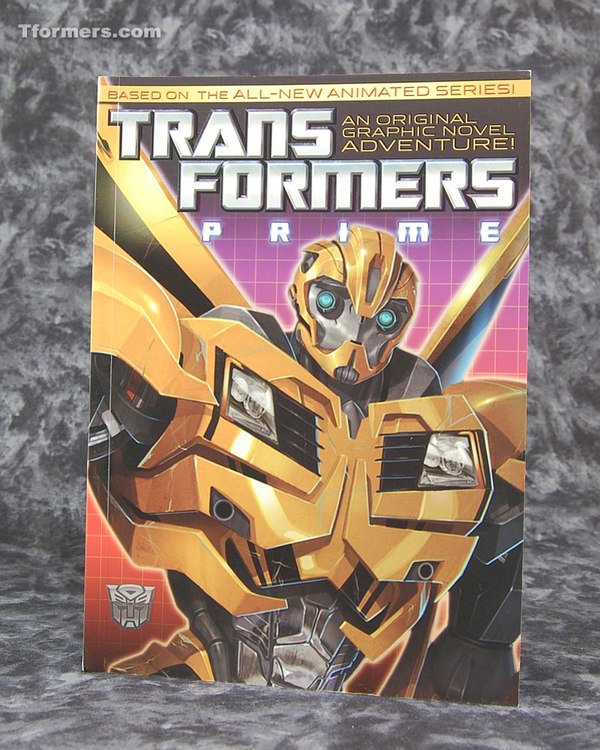 Also included in the set is a Transformers Prime trade paperback from IDW, which collects the 4-part Prime prequel miniseries from 2011- it tells the story of how Arcee and Cliffjumper joined up with Optimus' team on Earth. Though my first instinct was that this was probably a special, scaled-down printing specifically for inclusion in this set, IDW's website lists this 5"x7" digest size as the size of the general release. Nice! It's a nicely-bound book on good, slick paper, and the art seems decent, particularly in the first chapter of the four, which was illustrated by EJ Su.

The show looks and sounds great, there's no denying. Taken as a whole with the commentary tracks and bonus comic, the bonus features are pretty robust- in their absence I'd feel the three featurettes were a bit anemic. This set has an MSRP of $64.99, which may sound a trifle steep at double the price of the DVD release- but the show looks so good in HD, and the comic is a nice addition as well. Also, Shout! Factory's own website has it for the significantly lower price of $49.99 as of this writing, which I feel is quite fair for what you're getting. If you've got a Blu-Ray player and you enjoyed Prime, it's definitely worth the extra for the show to look this great.