Note: This toy is a repaint of the new MP Starscream toy, so if you would like to know more about the core mould itself, please refer to an MP11 Starscream review.

I never got MP11 (and I've yet to see one IRL), but I'm impressed by how solid this toy is -- a significant improvement from the original MP Seeker mould. The less vehicle accurate looking underside of the jet mode is an easily acceptable compromise for what is a much better action figure design. I don't know if the improvement is worth paying an extra 3650JPY ($45.65) for though... so considering the increased RRP I'm glad I skipped Starscream in favour of Sunstorm -- cos at least the exclusiveness makes the higher RRP easier to swallow (both MP11 and Sunstorm have the same RRP).

The crown and shoulder pads are easy enough to clip on, but the cape is kinda cumbersome and gets in the way of some stuff in the back. But once you get it on it looks nice, but it's easy to mis-align during play. The cape's opening/closing gimmick is really nice. I like how the crown and shoulder pads are chrome purple... I wasn't expecting that. The transformation is simpler yet more elegant than the old MP Seekers, though clipping the main wings on can be fiddly/tricky. Same with manoeuvring the arm guns to the wings and back -- but I like how they tried to come up with a way to move those guns from the arms to the wings without actually detaching them, so kudos to TakTOM for the effort.

The yellow and amber look kinda odd -- I think the toy would look better if they just made it primarily one colour or the other. But I suppose they wanted to break up the monotony (like on G1 Sunstorm), but honestly, the whites already achieve that. The airbrushing on the main wings is really nicely done, as is the "Tetrajet" logo on the sides of the cockpit area. Sunstorm has yellow "chopper flames" on his amber forearms, which is also a nice touch for the character. The toy pretty much features the same thing as all the other MP Seekers. It comes with a silver chrome "holographic pilot," which actually looks like a jet fighter pilot instead of another Dr Arkeville, so that's kewl.

Recommended if you can get it at about RRP, which is already quite expensive (do ***NOT*** pay above RRP for this toy!). I give it 3 stars out of 5. A nice improvement, but the clashing yellow and amber is kinda odd, and there's nothing about this toy that justifies such the considerable hike in retail price. 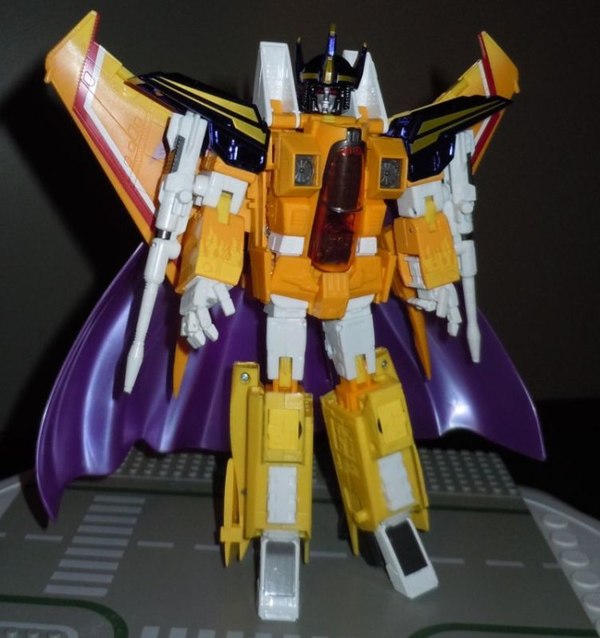 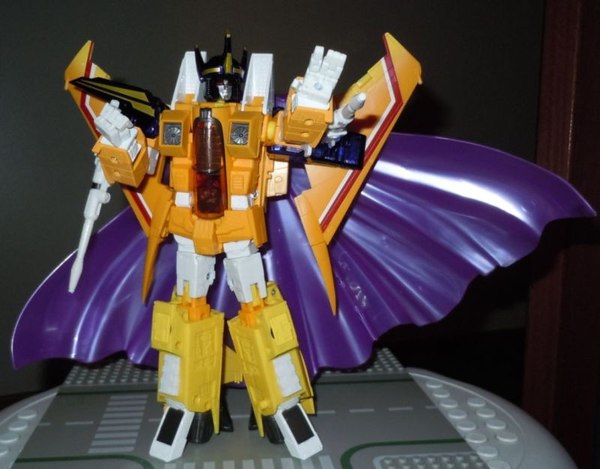 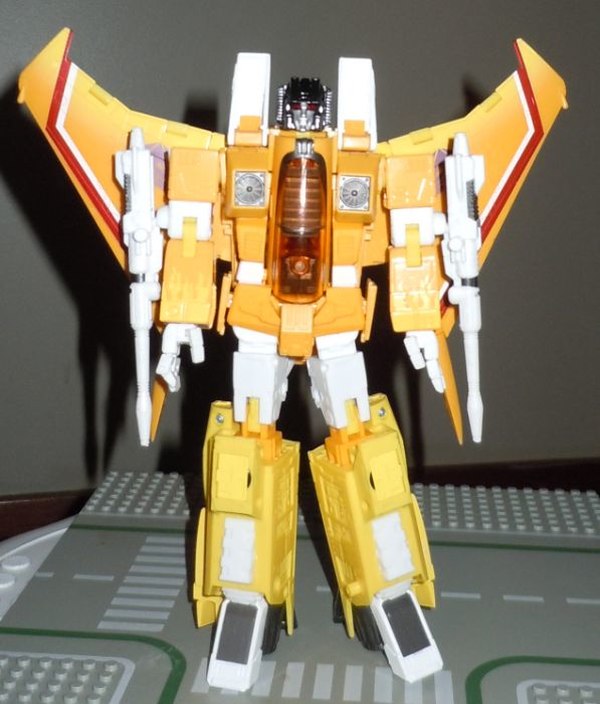 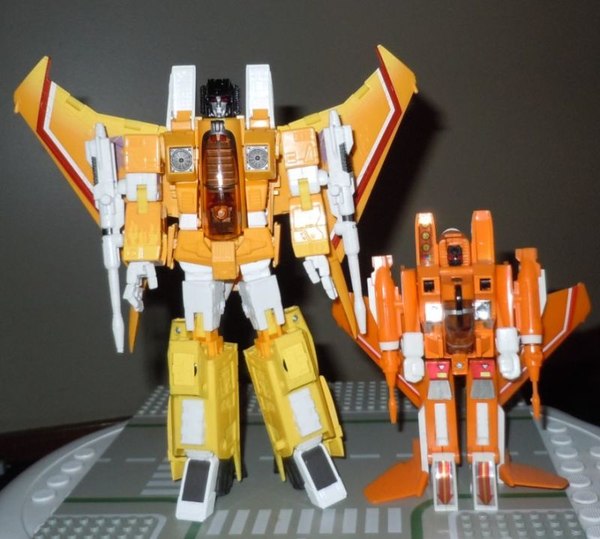 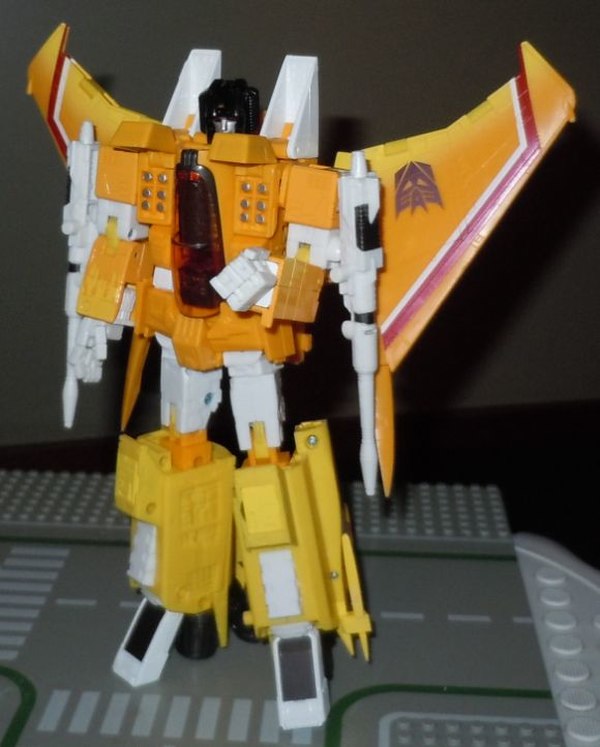 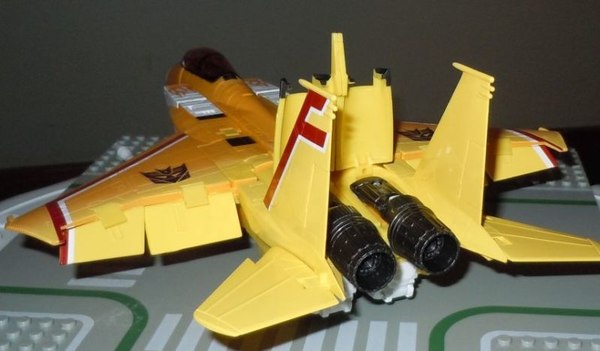