I love artbooks, but not every game gets one. With a game as intricate and inspired as Fall of Cybertron, it seemed a pity that there wasn't an artbook for the game at the time of release. Luckily, a couple months down the road, IDW has obliged with a massive 200+ page artbook featuring art and commentary by High Moon Studios' talented design team.

The book's layout follows the game with a chapter for each of the game's 13 stages, showcasing the designs that went into each of the environments and ending with one or more spotlight characters featured in that stage. That's followed by extra chapters dedicated to character designs mainly featured in multiplayer, and unused material from the Sea of Rust area. In addition to some truly gorgeous artwork, each chapter features commentary from the artists and developers. The narrative tone by author Mark Bellomo is a little bit on the gushy side, but considering the amount of work that goes into a game like Fall of Cybertron, and the fact that the artists who actually create the game world can go overlooked, that's entirely forgivable. And the information conveyed is generally enlightening; High Moon's perspective on the beginning of the war is slightly different from the other versions of the "Aligned" continuity, and that in and of itself is interesting. 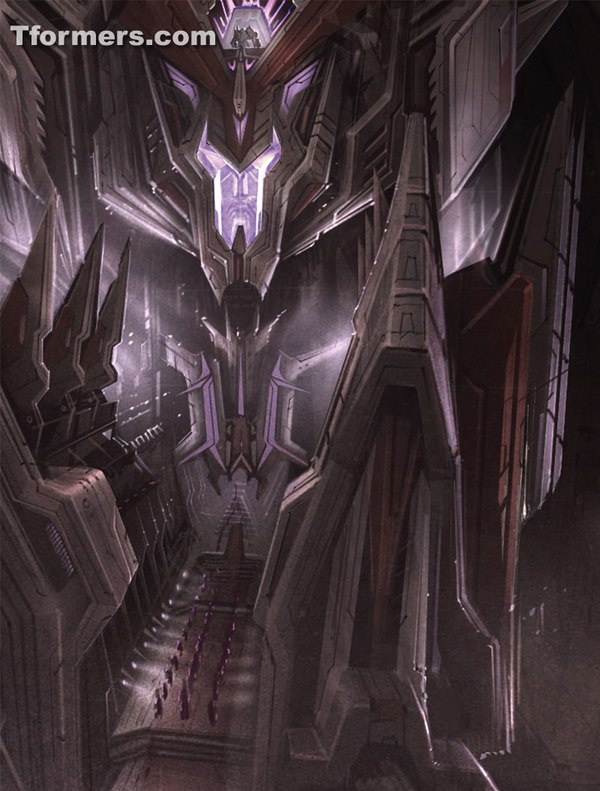 While a comprehensive collection of artwork from Fall of Cybertron would doubtless be enormous, at 200 pages the book has plenty of room to show you a lot of the design process, and takes good advantage of the space. In the cases where the designs haven't changed from War For Cybertron, we get artwork from that game as well. I find myself wanting more concept art for the characters, though. With a few exceptions- most notably Bumblebee -we don't get to see the gestation of the game's characters very often. But that represents my bias more than a failing of the book; The book's emphasis is on the environment and on the world that the High Moon artists have strived to create, and there's no disputing the work is excellent.

For an MSRP of $40 you get a really nice, detailed selection of concept art and commentary from the artists and developers, which all together give you a better understanding of both the Fall of Cybertron world and the work and thought processes that went into it. If you're a fan of the game and you like artbooks, it's definitely a worthwhile purchase. If what you really want to see is the genesis of the game's character designs, this may not be what you're looking for. But overall, it's a Very Good book, and I'm happy to see such a great game get the artbook it deserves. 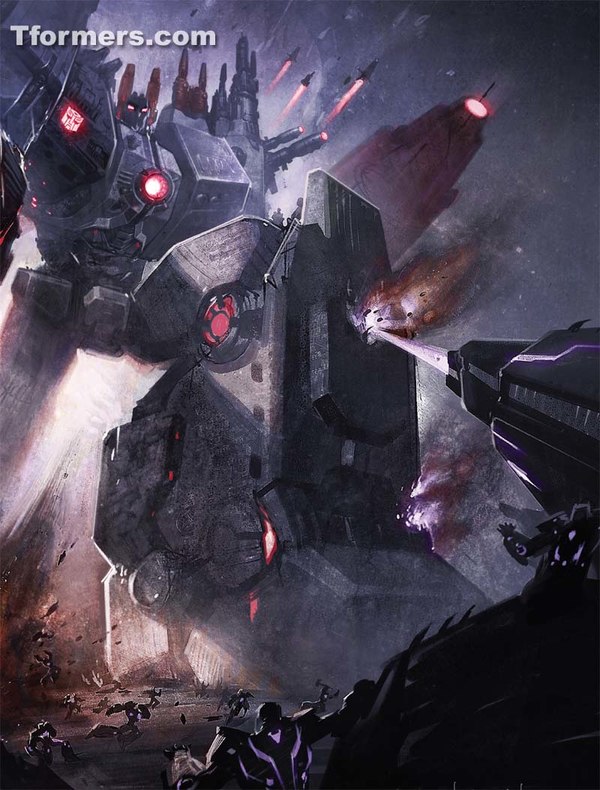