Following along on the very well received third and final season of Transformers Prime, Predacons Rising offers one final adventure with the cast of the show with peace settling over Cybertron. WARNING: Minor spoilers may be contained in this review. 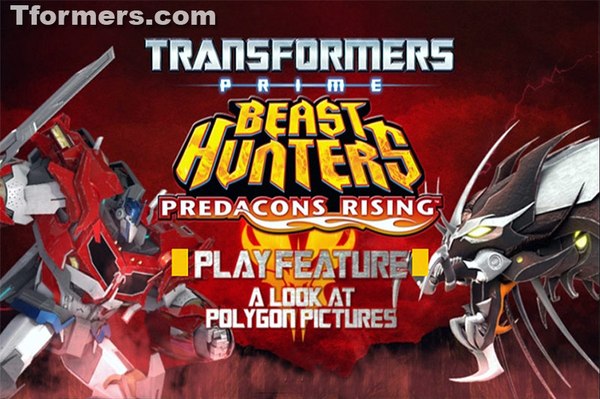 Megatron is defeated, the Decepticons are either on the run or in custody, and Predaking has disappeared. The war is over, but now comes the more difficult task of rebuilding society on the restored Cybertron. Optimus Prime must leave on a quest to retrieve the final relic that will set about the restoration of the Cybertronian species, but at the same time Unicron has been stirred by the revitalization of his counterpart Primus at Cybertron's core.

Despite being kept to length to allow it to be presented as three standard length episodes for TV broadcast, it's clear watching that Predacons Rising was written for the movie format presentation first. There aren't any obvious points where ends of individual episodes would be like was always the case for the previous portions of the series that were delivered in a feature format. It's really refreshing to settle in to start watching and have elements build and come together, paced throughout the entire span of the just over an hour the movie runs. As a bookend on the series, you expect, or at least hope for the presented story to feel big and consequential, and that's delivered upon completely.

Predacons Rising is lacking a tiny bit of the qualities that made a lot of the third season fun to watch, but that's a situational issue. The circumstances don't leave a lot of room for the writers to carry on that track, and if it had been pushed through anyway it would have felt out of place and forced. It helps to understand going in that the tone will be a little bit different from the regular TV episodes this year, but the spirit can still be felt for those who found their enjoyment of the series renewed this past season. The clearest way to see this is in realizing that the story always has a clear direction; it knows what it wants to do right from the beginning and everything that happens is movement to that end with little or no waste. I think a major factor that makes the story pacing look so good is how easily I could see this same plotline instead being used as the story arc for a full season's worth of episodes, where the story would have to wander around to fill in the space between plot points. Crunching it down to this space kept the story working at full steam and you're never left anywhere along the way wondering when it's going to get to the point. Maybe season two should have been a movie, too...

The wrapup implies the disposition of some characters, makes others very clear, and kind of ends up ignoring a few others entirely. Some of it suggests leaving openings available in case the next series really does follow on from Prime in more than the vaguest ways, but other aspects of the resolution come across as actively trying to close out a lot of things that would be important for any successor trying to follow continuity. I'm glad for an ending that is by and large a conclusion, but since there has been the suggestion that this universe will continue in the next series after Movie 4 I'm concerned a lot of the character endings that I ended up enjoying will get undone to facilitate the needs of a new story. The ending isn't particularly innovative or original, and if you look you can tie in more than a few elements to the ends of previous Transformers shows, but it works as presented and is a satisfying bookend to Transformers Prime.

I may have forgotten quite what Unicron sounded like at the end of Prime's first season. The same actor reprises the role here, however he makes a rather terrible Unicron. The speech pattern is too quick and "normal", and the voice lacks an expected depth. As much as Unicron is involved during this story, the shortfall of the voice work really hurts scenes that could otherwise have easily played as fearful and imposing. The Predacons who have ...er, Risinged, I guess... are voiced by series regulars and are mainly unremarkable in performance. Credit to Steve Blum's range though, I didn't realize until watching the credits that he had voiced one of the Predacons. Of note, it comes across like they might not have been able to afford getting a lot of lines from Michael Ironside for this movie, as Ultra Magnus gets few lines even before being pretty well sidelined for the majority of the movie. It might have been an intentional choice as well to leave the main Autobot team without a normal command figure, but either way I was disappointed; Ironside's Ultra Magnus was a major highlight of season three for me.

Visually, Predacons Rising is a lot of fun. Almost the entire movie occurs on Cybertron, and the landscapes look fantastic. Mixing 3D environments with matte backgrounds conveys the vast scale of Cybertron's surface while keeping the animators from dying in order to produce enough full 3D space for this single outing. The blend between 2D and 3D is managed really well, being more or less seamless outside a very few brief instances. Even in high definition I think it would be very difficult for someone not familiar with the shortcuts the series has had to use to identify that any were actually taken in this movie. As has always been the case, Transformers Prime is at its best when viewed in HD, and without giving any specifics away, there are certain scenes with a lot of active models together at once that are simply stunning at full resolution. Plus for me not having access to The Hub in HD, it's always a special treat when I get a chance with one of these releases so that I can see the details in both models and textures at their very best. As I've noted in the past, even the DVD resolution has a greatly superior visual quality over SD TV broadcast, so if that's the only way you've been able to watch Transformers Prime so far, you might consider at least picking up this finale movie even if you can only watch the DVD version. I can just about guarantee you'll be amazed at what you see.

The included extra feature is a short segment with Transformers Prime show-runner/executive producer Jeff Kline, supervising director/art director David Hartman, and animation producer Therese Trujillo where they discuss some of the experience of working with Polygon Pictures, the Japanese studio that animated the series. While it doesn't go in to great depth or reveal any secrets about the show, if you're interested in the process of making a show like this from an unusual angle, the information related is pretty interesting. While intermixed with clips from Predacons Rising, nothing discussed in the feature relates directly to this story, but rather the series as a complete production. One clip from elsewhere in the series was used as a means to highlight a very specific example, and you'll understand when you see it why it was the only thing from outside this movie to make it in.

With its less than consistent track record over the first two seasons, I'm really happy to see Transformers Prime close out on a high note fitting of its excellent final season. At an SRP of $25 for the Blu-Ray/DVD combo pack, it might feel a little on the steep side for as light as it is on extra content and the main feature running only just over one hour. If you're content to do without HD, the DVD-only edition is several dollars less and will still deliver a great viewing experience. In either case, this is absolutely worth owning and should stand to anyone as a highlight of the series and easily the best single-storyline release done from the series. I'm just kind of sad it's over now. 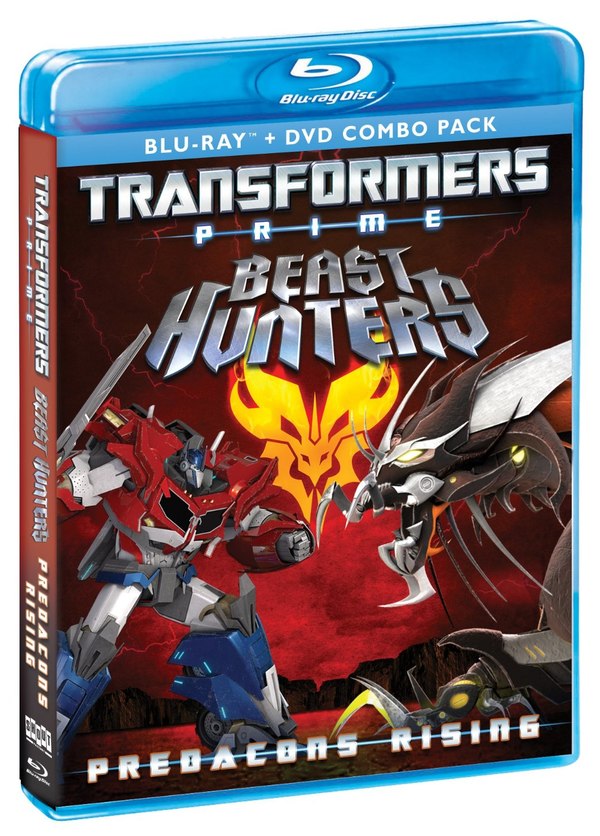