Up next we're taking on Blast Off, for whom a deathly silence fell upon the room when it was revealed at Botcon this summer. Recolored from Quickslinger ...well, everything about that sentence is already wrong, isn't it? As was the case with Vortex, we're going to focus on differences and not go too deep on the design which we're all pretty familiar with already. 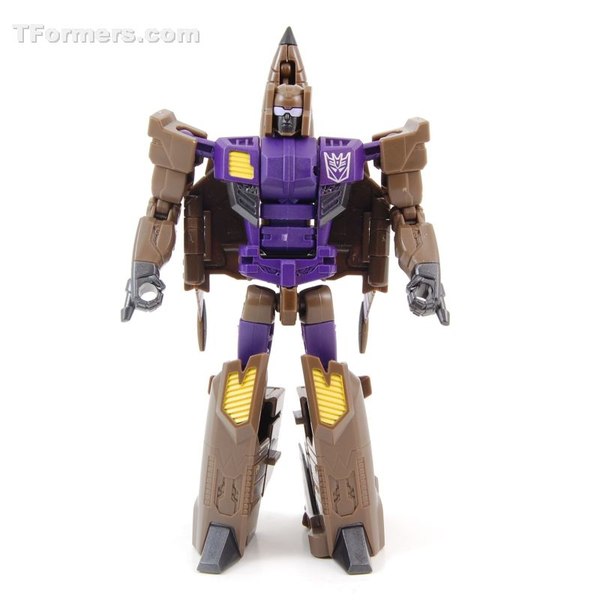 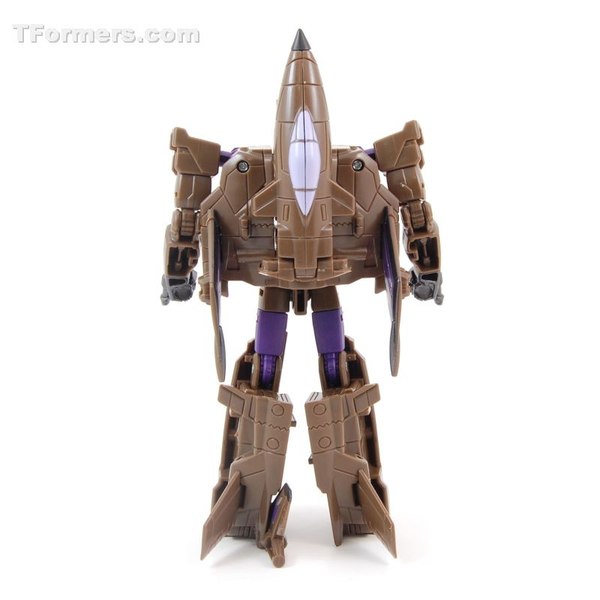 I still really wonder why it was the Quickslinger head they chose to use here instead of Firefly, who at least has a faceplate and is closer to looking like Blast Off. 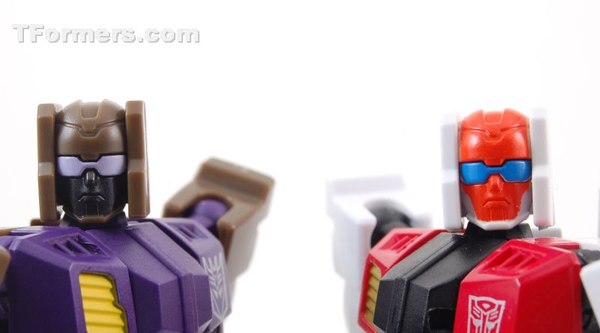 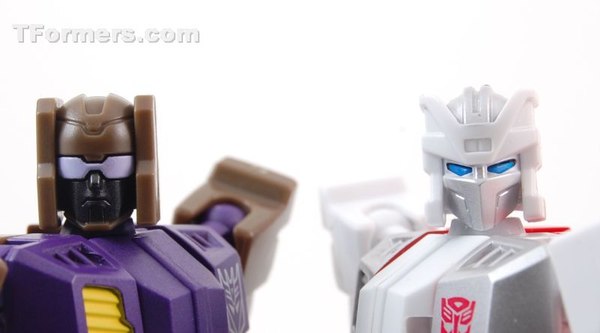 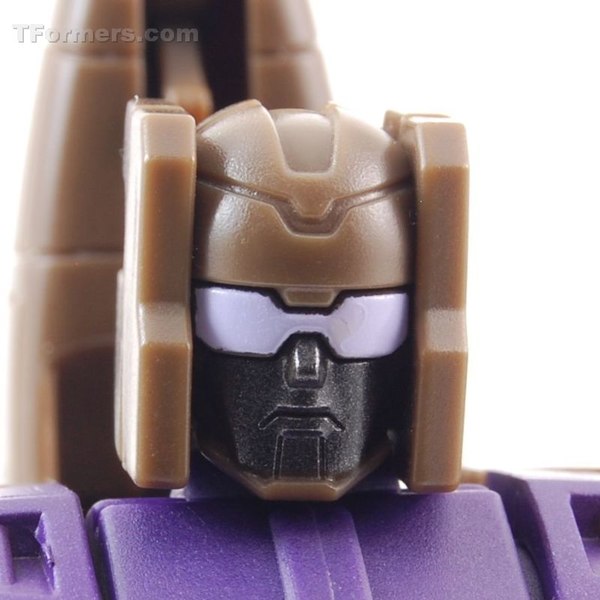 What's bugging me is how the paint apps are substantially the same as Quickslinger's. There's a few minor differences like the unpainted scalp, and more that present in vehicle mode, but it's majorly the same pattern in different colors. Vortex wasn't all unique either, but the robot mode paint was changed enough to make it look distinct. That didn't happen for Blast Off. 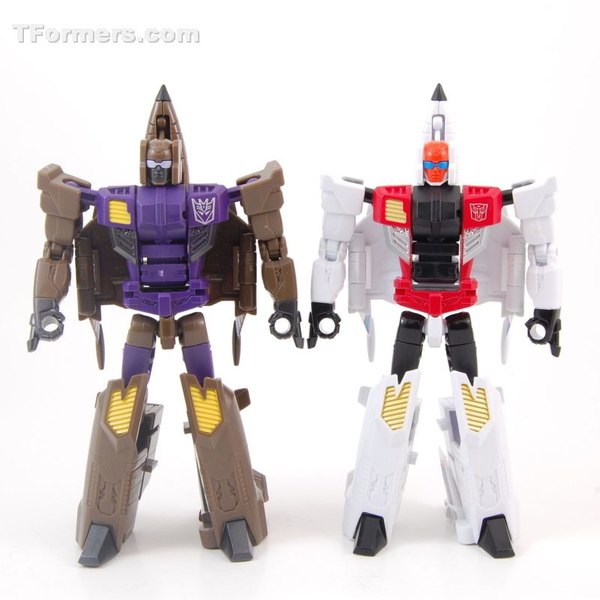 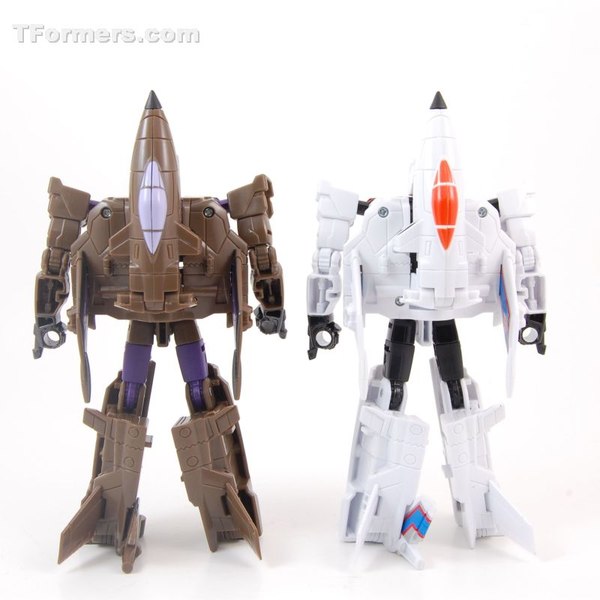 So, as compared to the Quickslinger I got, Blast Off has noteably better joint tolerances. They're probably the best thing about this use of the mold. The major points of articulation have really easy, smooth movement, but also hold their place. The shoulder posts are very stiff, but only come in to play briefly for transformation, so it's not a big problem. That's the only joint that goes to an extreme, too. Blast Off does get the distinction of being probably the best instance of this mold for how the joints feel and work, so there's definitely good to be found. 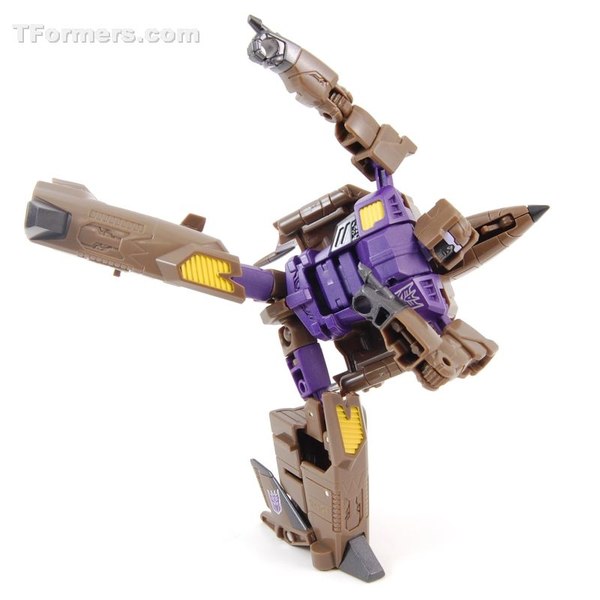 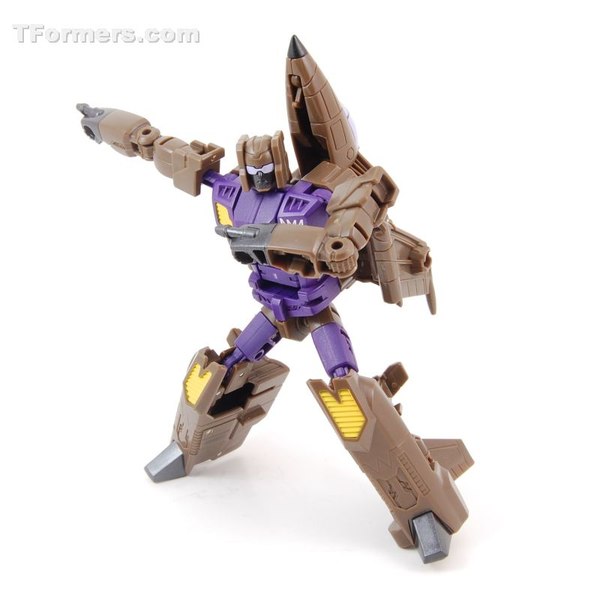 Once we get through transforming... well, I find that the nose section strongly resists fitting down all the way and staying put. That's an issue that came up with Firefly, so it seems to just be an occasional production variance since my Firefly didn't show this trait. Assuming that's an exception and not the rule for Blast Off, the fit of the vehicle mode is good. 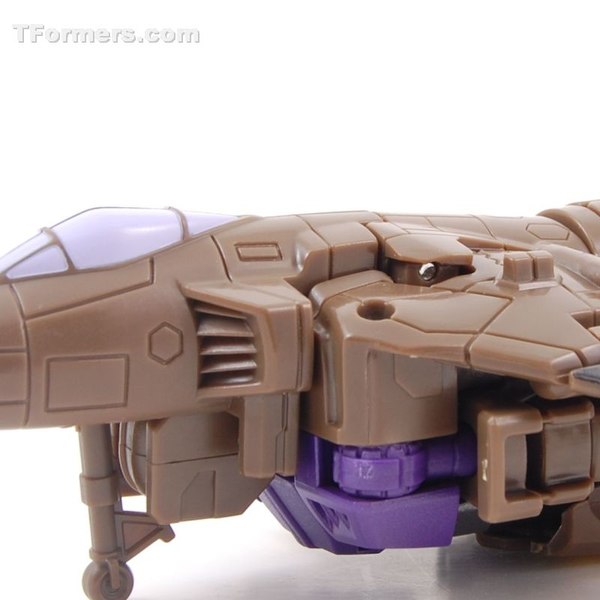 With recolors you always have to wonder how the changed plastics will react, and so far Blast off is doing better than Vortex did. 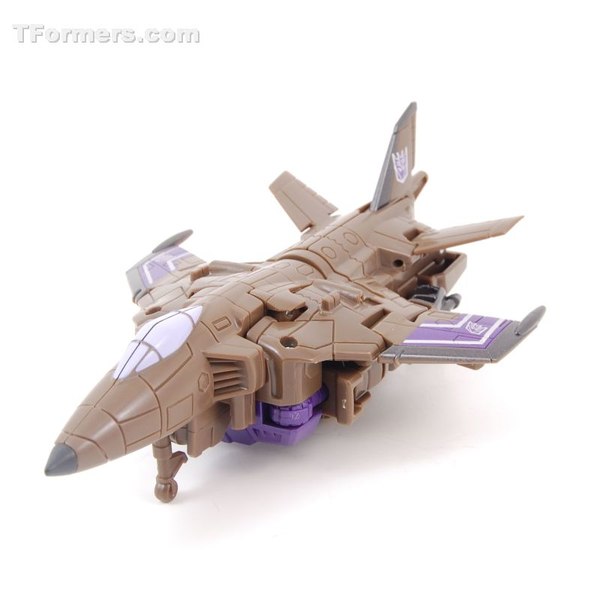 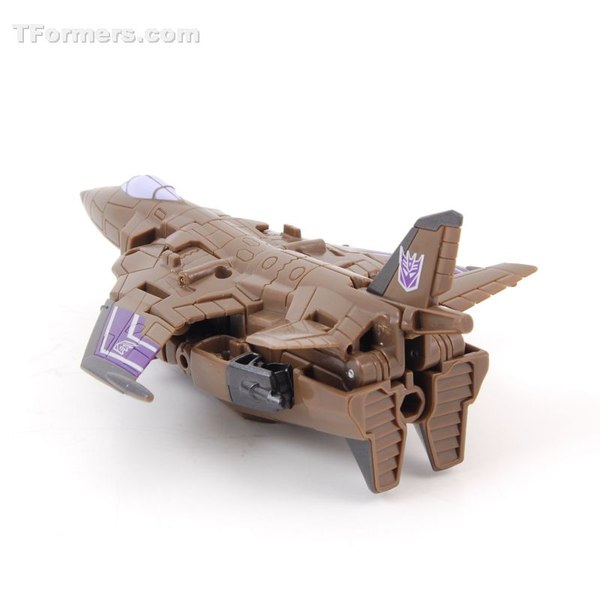 You can see how the deco was changed a bit more versus Quickslinger. The tail is entirely different, and while the wings add black to the outer edges, they sadly keep Quickslinger's wing deco. 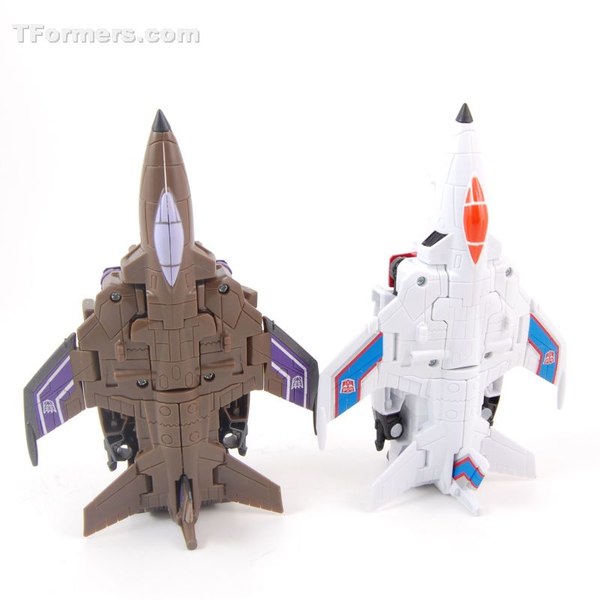 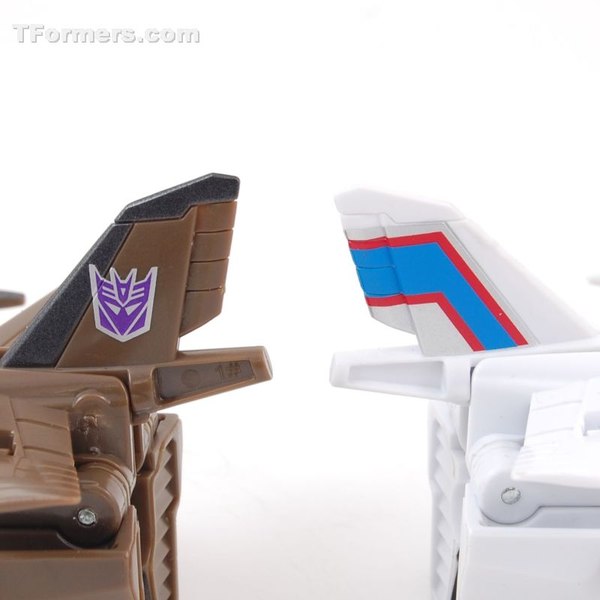 The lavendar paint reappears for the canopy, but while it's G1 accurate I don't think it really makes a strong presence here. 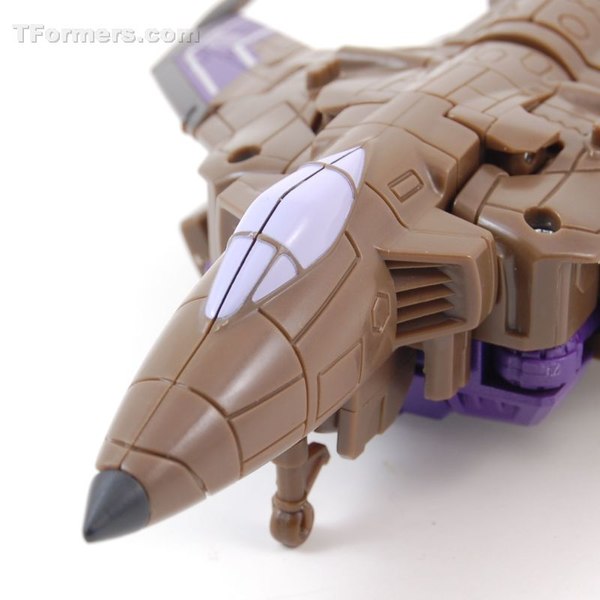 Of course the big thing is that it's not a shuttle. I've given it some thought, and I don't think I mind that part of it so much. What I mind is specifically that it's a Quickslinger recolor. Be an aircraft rather than a space vehicle if you must, fine. But be different. That's my hang up. 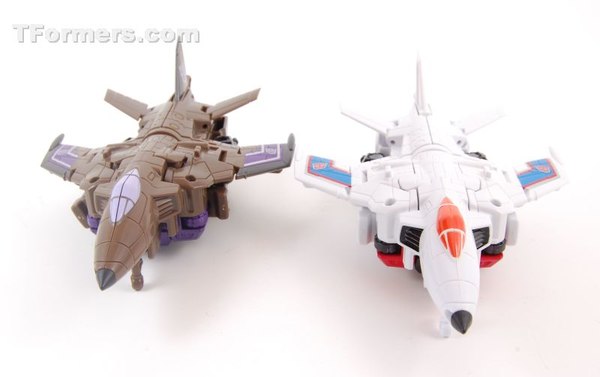 It's sad that either another new mold or some retooling weren't available since there's concepts for single stage to orbit planes that would look good. But the reality is what it is, and it's hurting things. 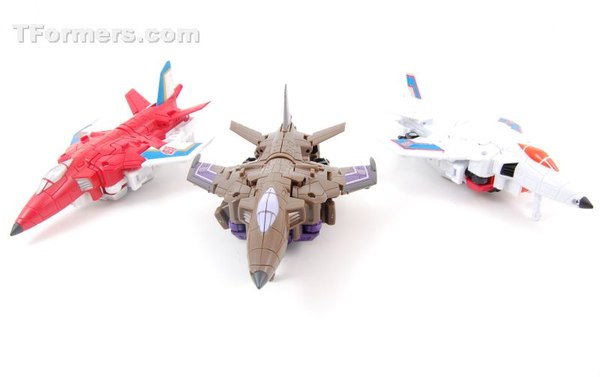 The weapons interact with no problems, as well as this mold's weapons ever incorporated in to the vehicle mode. The combiner part plugs under the wings just fine, and the gun is an easy fit to either wing port or a hand. 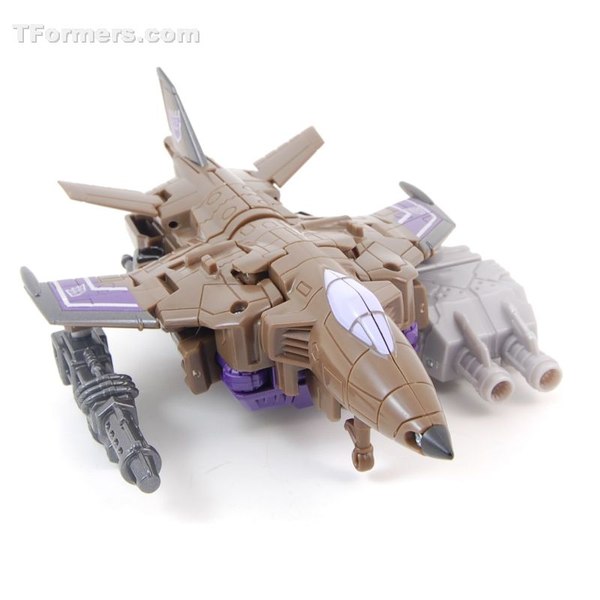 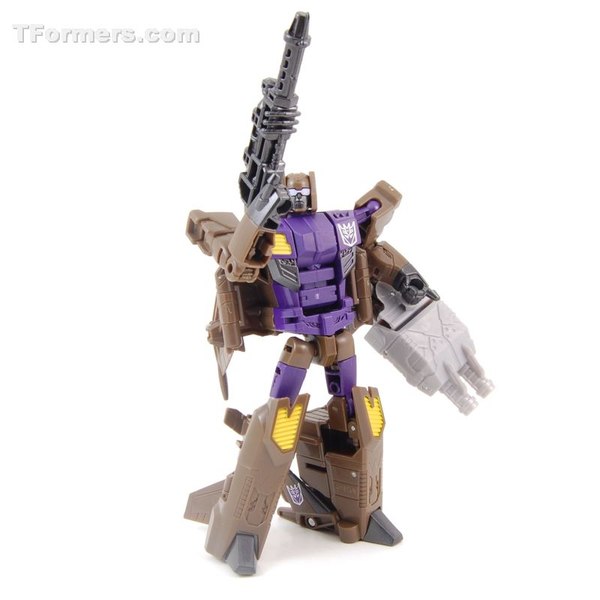 The hand or foot plugs in easily for the limb modes. 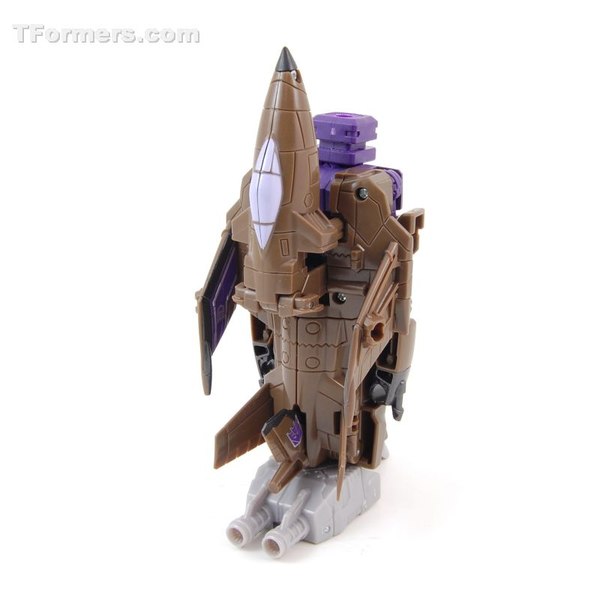 The leg joints are nice and solid, so the arm mode holds up good and strong. 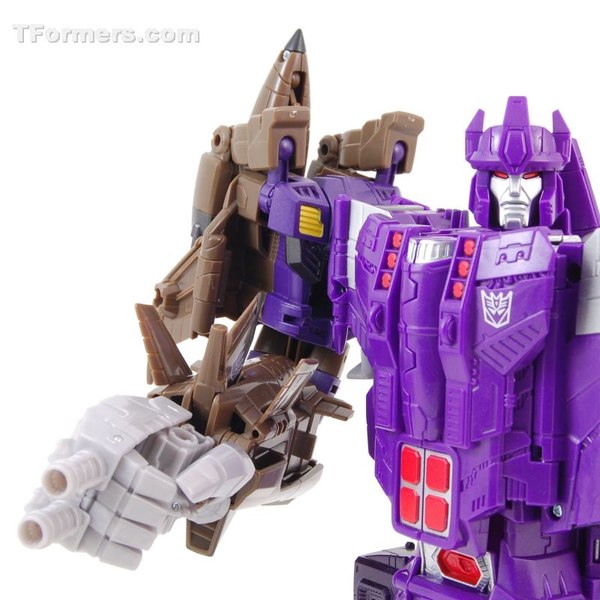 Blast Off's arms tend to not really stick on the back tabs at all, but the joints are stiff enough that they stay in place anyway. 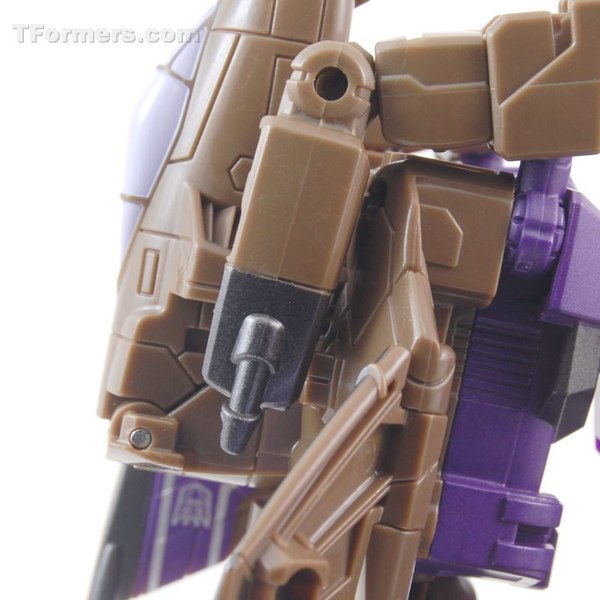 So in the end, I think I would have felt more positive about Blast Off if it wasn't Blast Off. Had it been a replacement character in the style of Blast Off like the prior alternate members, there'd be no expectations that the toy isn't able to live up to. That wouldn't make it okay to still just be a physically unchanged Quickslinger, but it'd seem a lot less bad. Some will want to categorize this as lazy. I disagree, and choose to say misguided. The Hasbro people, fans themselves, want to give us the original teams whenever possible. But maybe they didn't consider if it was exactly appropriate to do so here, only whether they actually could or not. Plus now we know G2 Combaticons are happening, still with jet Blast Off, which is going to look even more like "just Quickslinger". 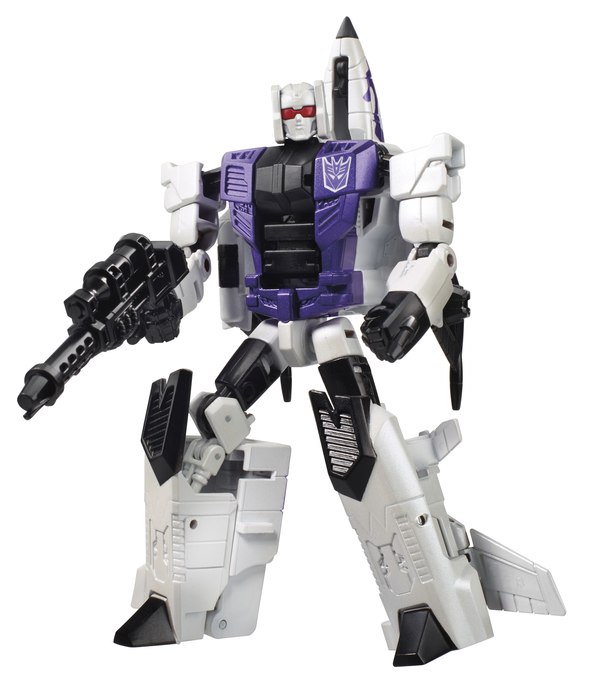 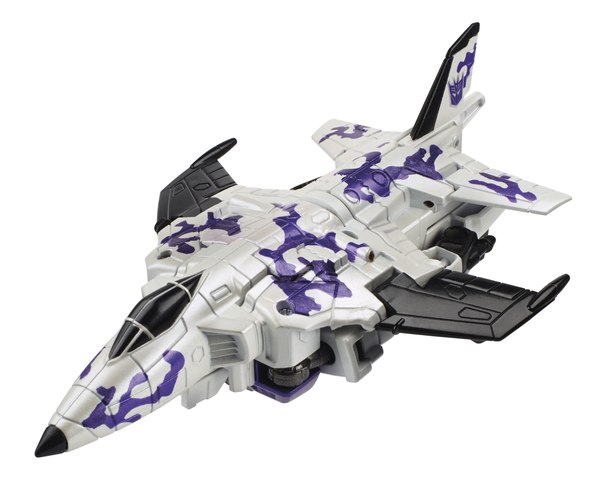 So, it's strongly hinted that Unite Warriors Bruticus will feature a new design Blast off as a shuttle, so that's definitely an option if this one bothers you so much that you don't mind waiting until probably summer 2016 for it to happen. I may take up that option as well. In the meantime for my own part, I'll probably treat this toy as a new character. It's still not ideal, but I can make the best of what I'm given. And at least this one is put together better than Quickslinger.