For the 20th anniversary of Beast Wars, TakaraTomy has released Optimus Primal in the Masterpiece line. But this is only one sort of Masterpiece, and to many, the original Beast Wars Ultra Optimus Primal has long been considered a masterpiece. I know that's hard to believe looking at it like this. But it's important to remember, this is an era where toys were made first and media had to follow suit. So the inaccuracy is on the part of the animators. For the tenth anniversary, Takara did go and resculpt the face to look a bit more like the animation, though! 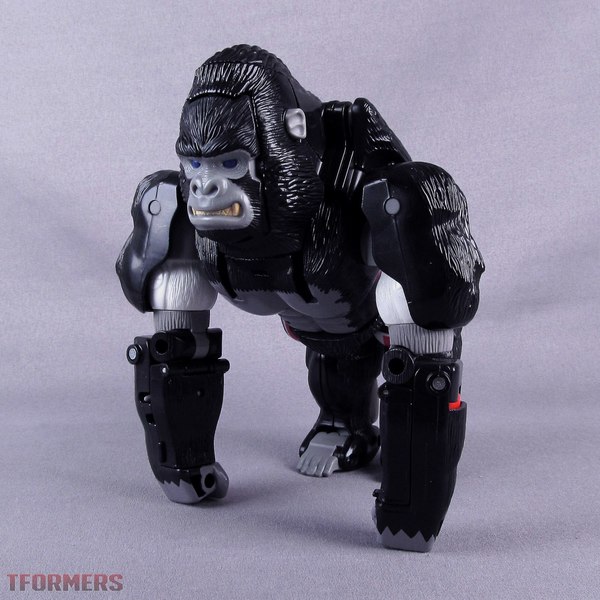 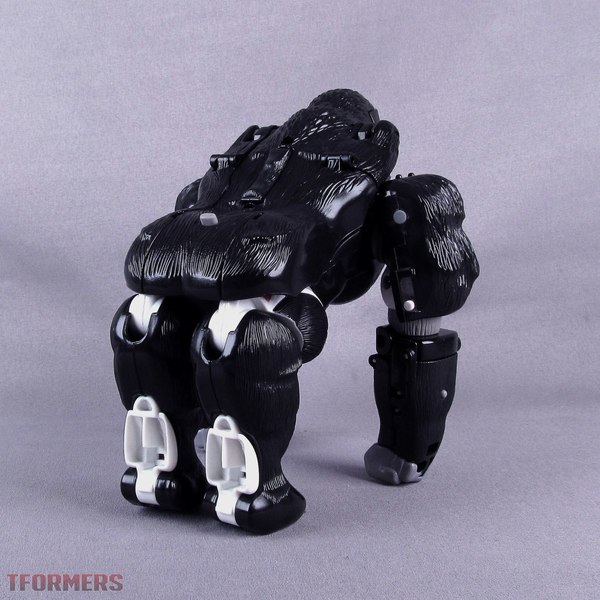 The gorilla mode, I will admit is largely a bonus feature when you get down to it. All the limbs are poseable, but not really in a useful capacity. If you've been able to handle first year Beast Wars toys, you may already be familiar with the concept that the beast modes are largely static pieces, articulated or not. 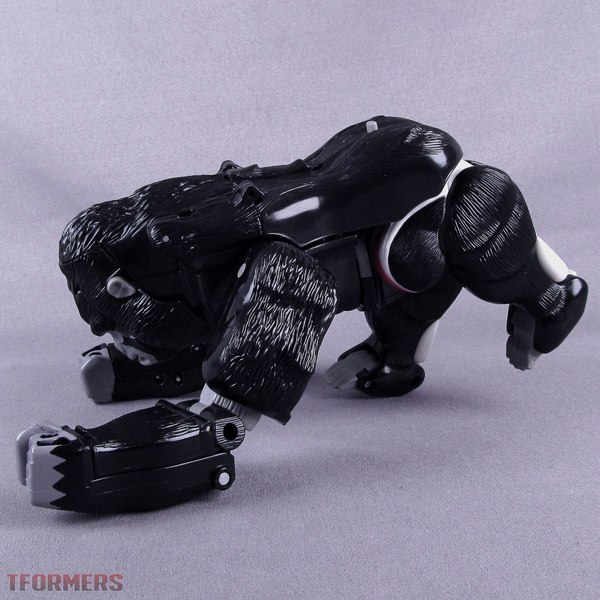 Traces of the robot mode peek through, and some concessions to making the robot mode work affect the proportions. But it's more about the impression of the beast mode than perfect accuracy. As an aside, the first year Beast Wars toys all had bios that indicated a setting on a modernish Earth, written before the TV show's ideas were developed. In particular, Optimus Primal - at that stage an incarnation of Optimus Prime - was written of as if he were basically King Kong size, rather than being roundabout the size of an actual gorilla. 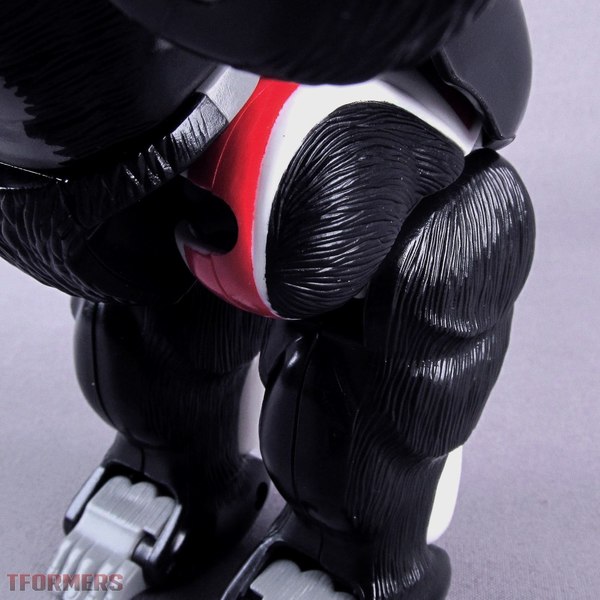 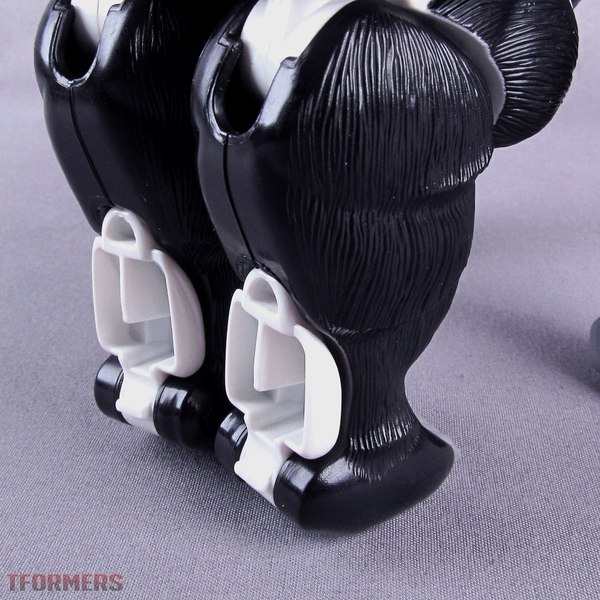 This is among the most simple of transformations, in the range of figures that didn't have gear-and-spring driven auto transformations. Rotating the lower body to orient the legs, flipping up arm panels, and pulling down the beast mode head will pretty much have you there. 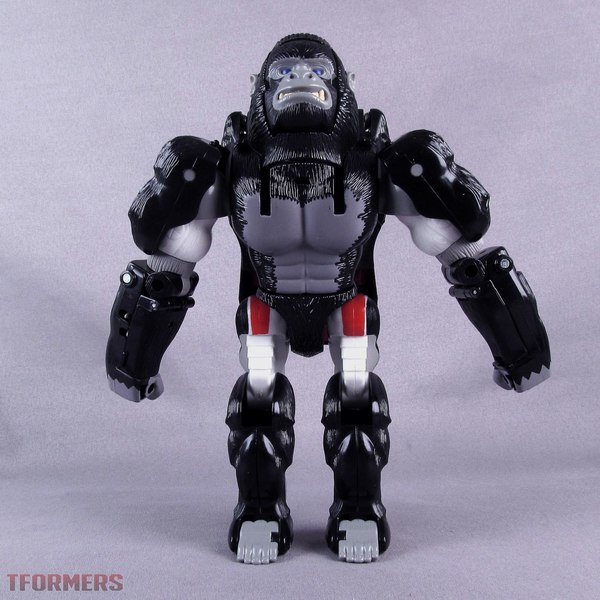 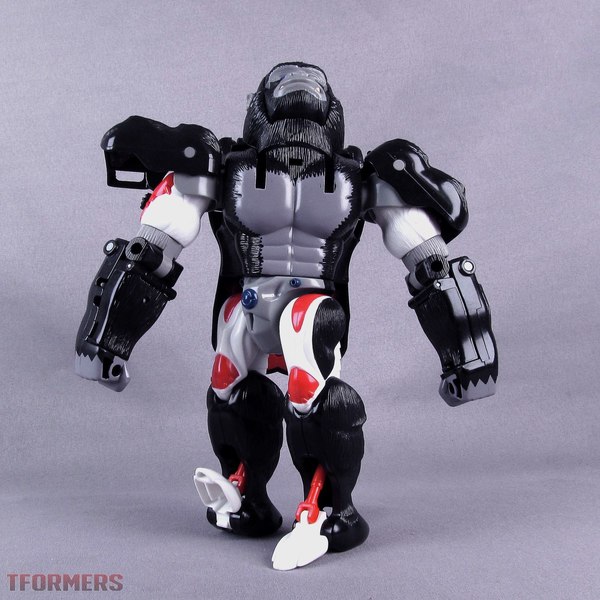 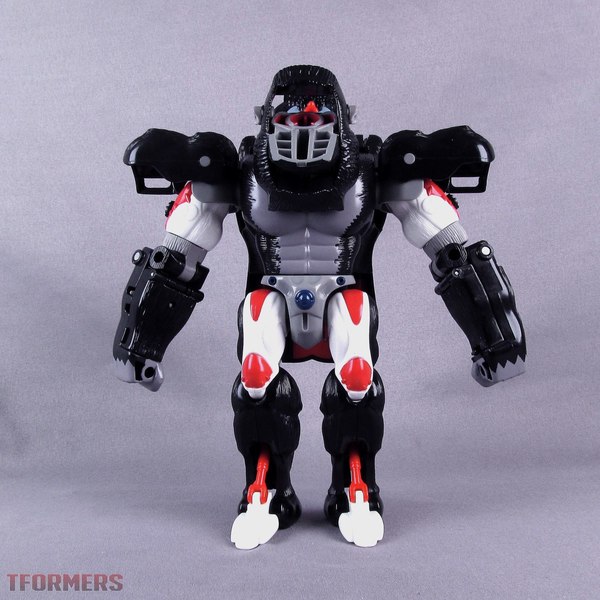 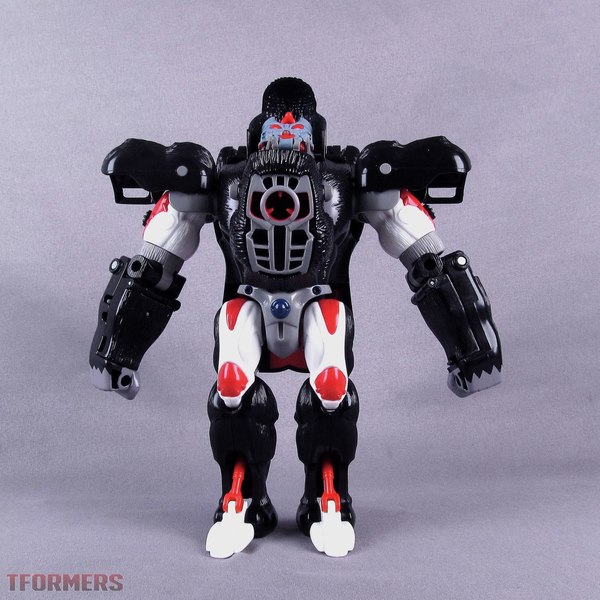 And then we have this! The Mutant Head is another element of first year Beast Wars, seemingly in an effort to bridge between beast and robot. or something. I don't think we ever got a real answer what the goal was here. But this is simply a mask which can rotate to the back of the head, revealing a more familiar face. 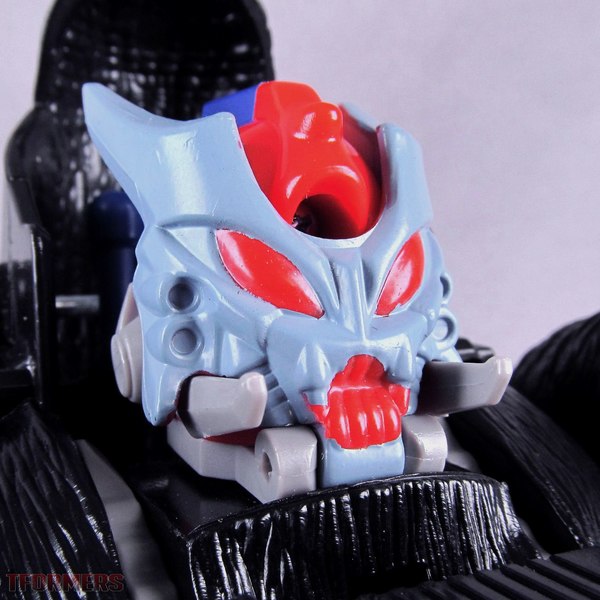 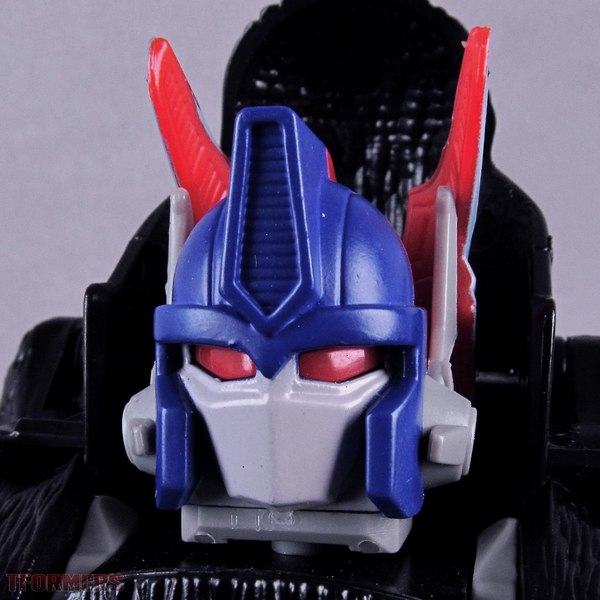 Optimus Primal's robot mode is one case where animation didn't diverge very much from the original toy. Proportions got tweaked here and there, and some details were filled out more fully, but the cartoon stayed nicely faithful. Some of the weird look of the beast mode is easier to understand now looking at the robot. The drive was for heroic proportions, and that was certainly accomplished! 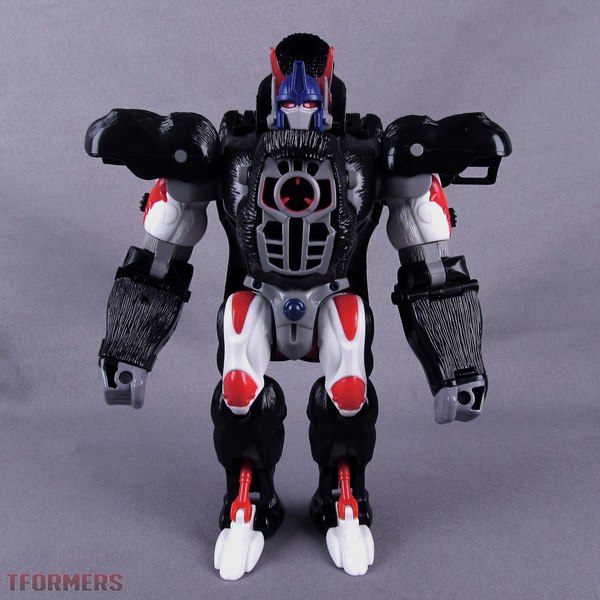 Broad shoulders with the armor flaring out, thick arms, comic book muscles visible on the edges of the torso. This is not the first time Optimus Primal's looks are comic book hero-ish, nor will it be the last! But trying to make that play well with being a gorilla part time can certainly lead to some weirdness happening. 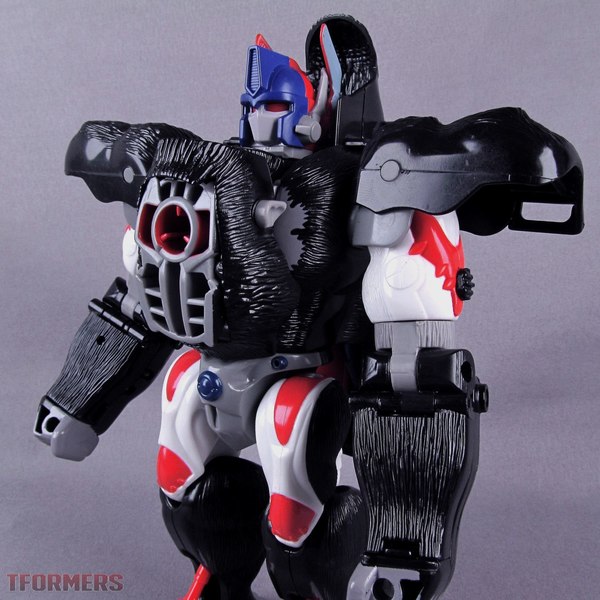 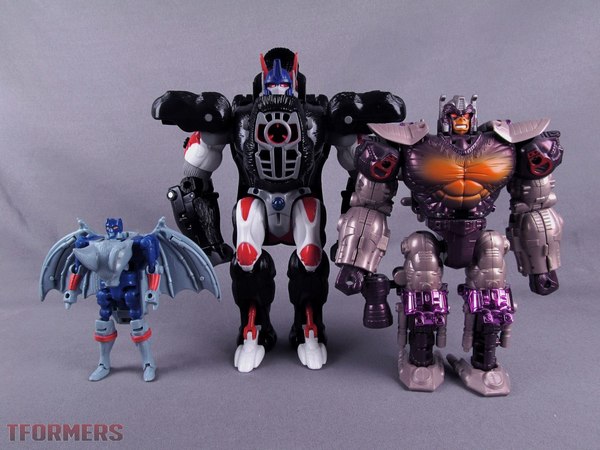 Articulation is more helpful now, as well. It's important to remember the period of time when this was produced, though. In 1996, Transformers had just really begun embracing action figure style articulation, with the first steps in that direction being the second year of Generation 2 the year before. Compared to what we might expect to see now, this looks a bit on the limited side. No thigh swivels, or meaningful ankle articulation - the hips are just ball joints, and you can forget about wrist swivels! This is part a result of the time, but also partly a result of what makes this toy so special. 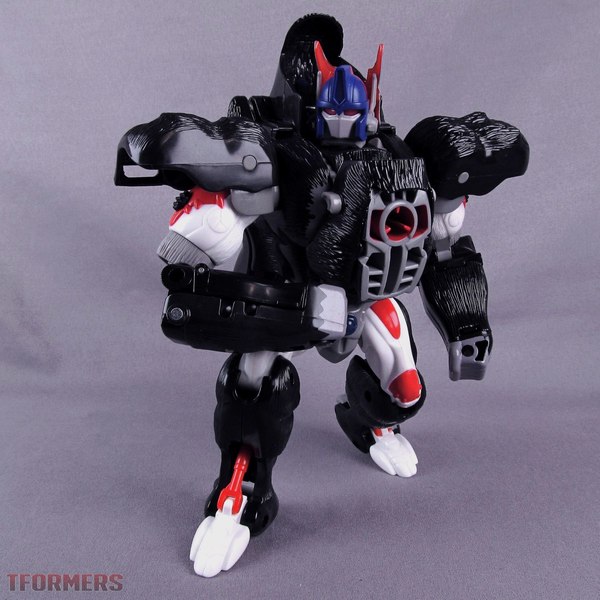 Optimus Primal is a fusion of the highly poseable direction Transformers were moving, with the gimmick-based existence that had come before. Let's start small: Open this forearm panel, and find a mace stored inside! This has always been a favorite feature for the thought of Optimus Primal swinging this spiked, screaming skull around as a weapon. 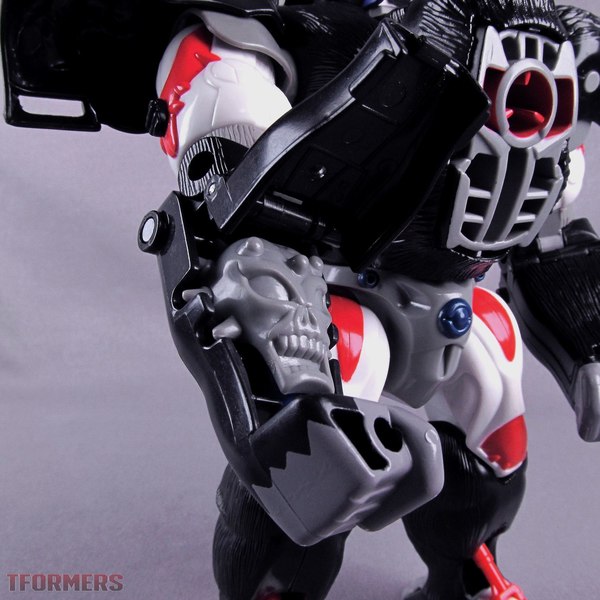 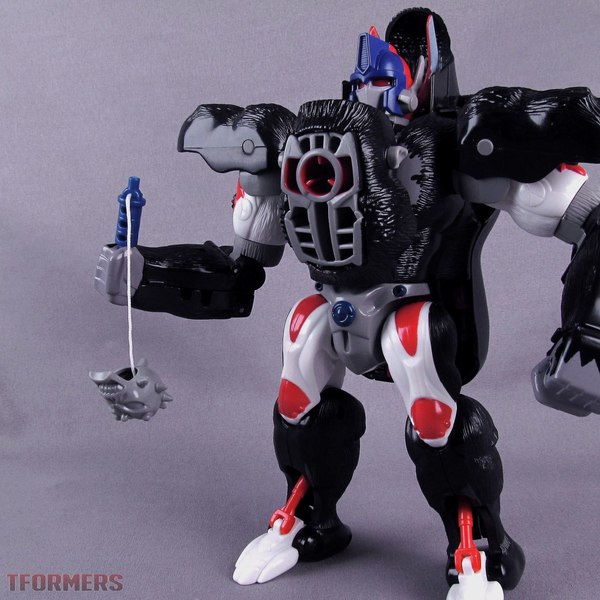 Move over to the other arm, and open its panel, and the entire forearm folds away to be replaced by a cannon! But it needs some missiles... where could those be...? 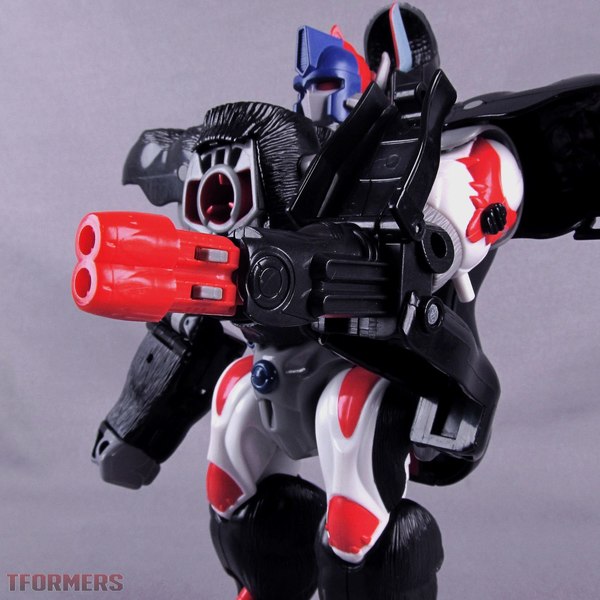 Well, look right here and find there are storage slots for them behind the head! 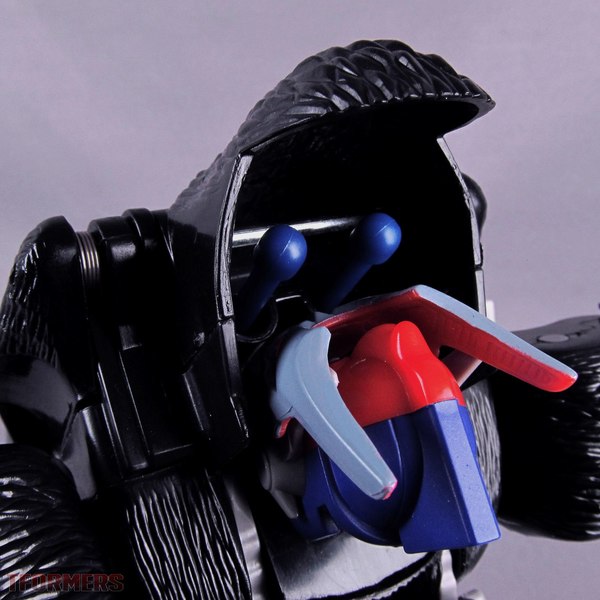 Next we'll go to the back. Press this button, and have shoulder cannons deploy out from the backpack! These can keep their missiles loaded while in storage, too. 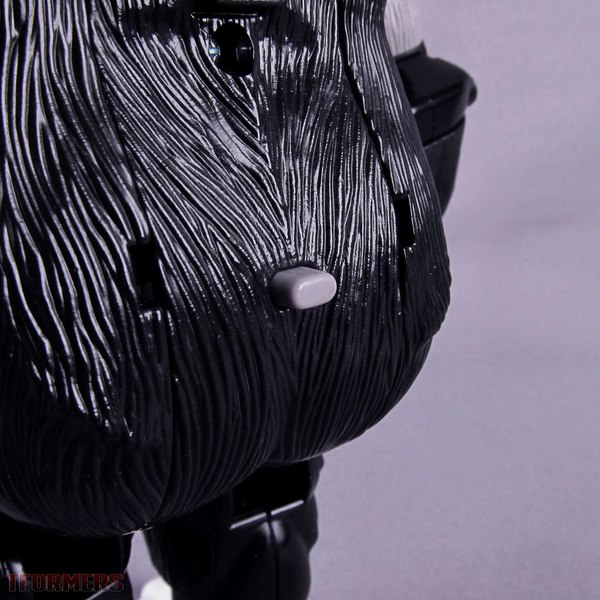 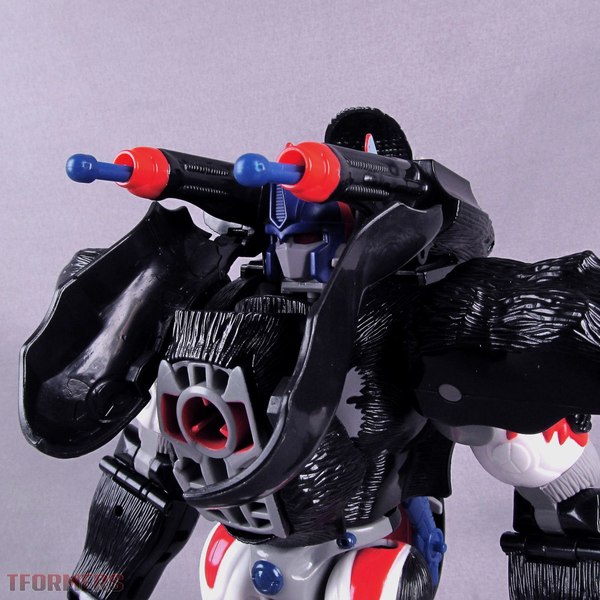 And if you look inside where the cannons were hidden, you'll find the toy's two swords. 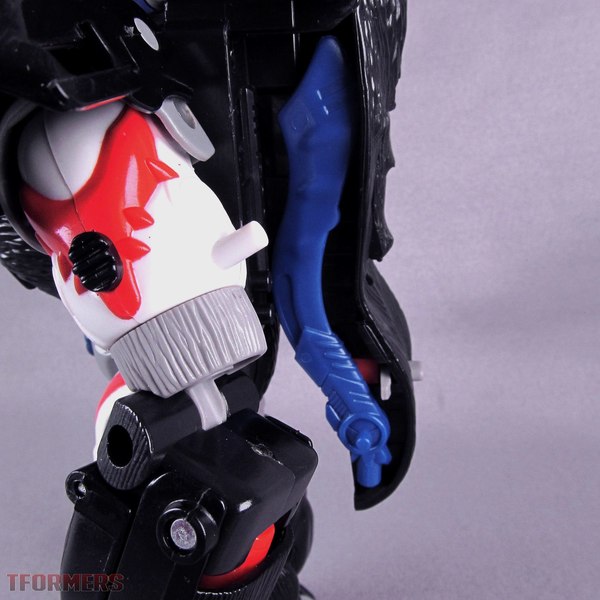 They can be carried individually, or pegged top and bottom in one hand if you want the gun deployed on the other side. 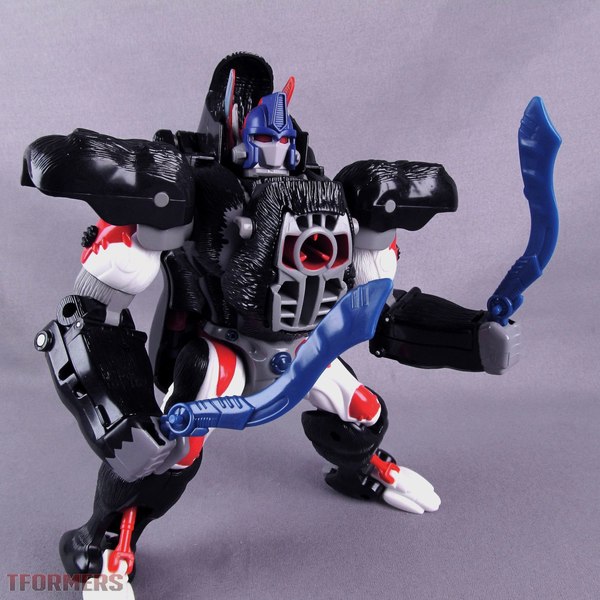 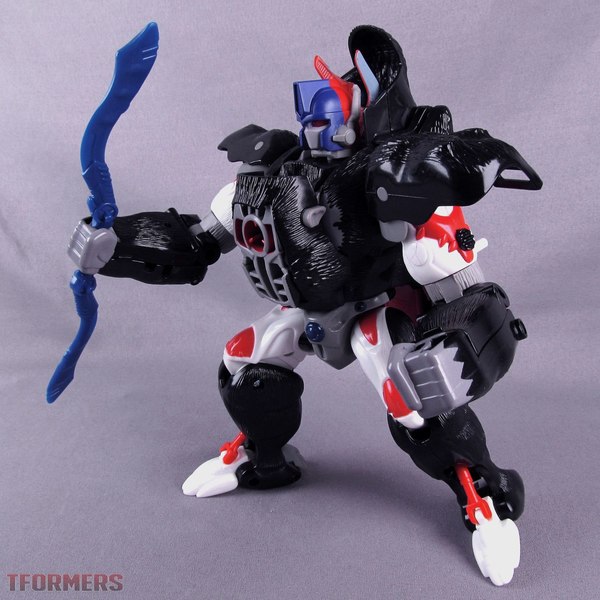 Bring that Mutant Head mask back around, and you've got a pretty fantastic battle mode going on! 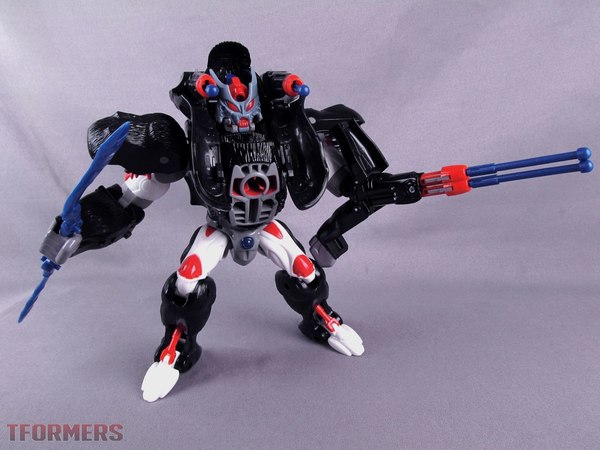 So all of this is excellent and would be plenty for me to give this high marks forever. But it goes one step farther in trying to be the best toy possible. The back semi-conceals a lever. Pull it up, and you'll find it engages with a gearing system, and the toy's arms can be made to flail around and bash everything in the vicinity with whatever it happens to be holding. 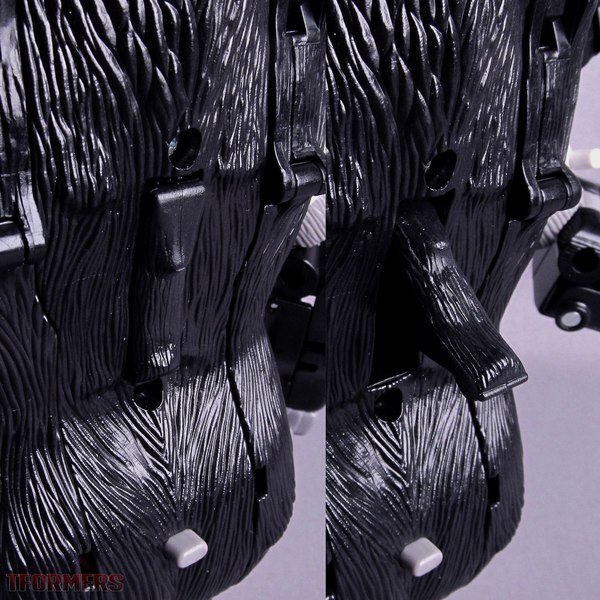 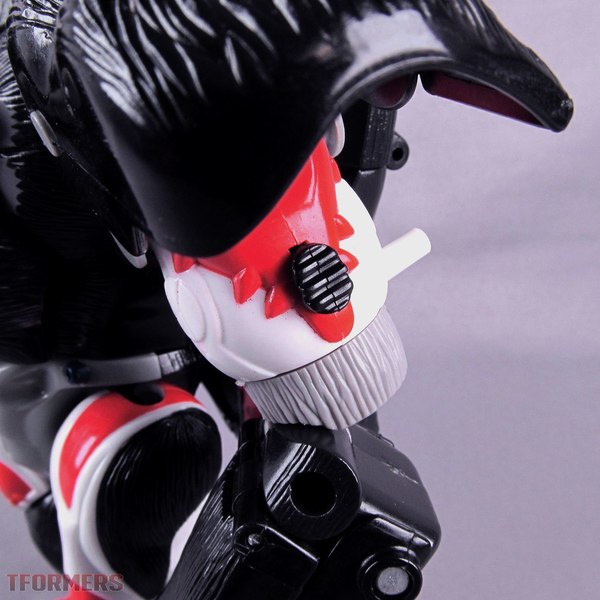 Sliding the switches on the arms changes the gearing, giving this a role in beast mode as well. This just adds some outright unnecessary FUN to the toy that, when not in use, does nothing to harm anything else the toy is doing. 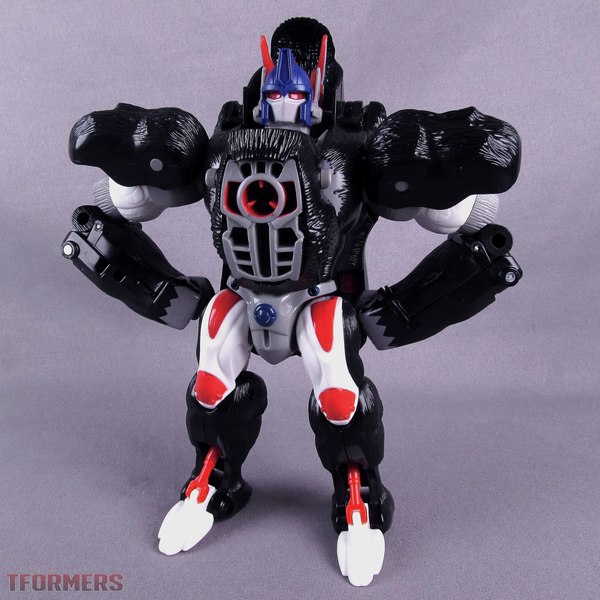 Optimus Primal is the complete package. A big, solid action figure that was already better than a lot of its contemporaries, which is packed full of extras in the form of a healthy accessory count, hidden gadgets, and an action feature that manages not to harm the toy in any way. And it's been reissued more than a few times, making it not too hard or expensive to get. Just remember when buying loose, there's a lot of extra parts so make sure to check that you're getting everything you should be. This is not the perfect representation of the character you might have watched on TV, but it's a fine toy, and one of the best the first year of Beast Wars had to offer.