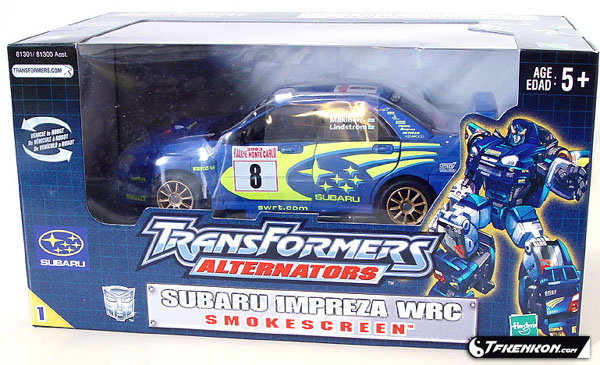 Alternator Smokescreen is at long last here! Transfans everywhere have been waiting long and hard for this guy but is he still worth it without the Die cast and metallic paint? Read on..

Packaging is very nice as its a model car package. In fact I found mine in the model car section so look there as well as the TF section in stores. It makes for a very nice display and if the tape is peeled off right, the box can easily be reused

Since this is the American version, it has no die cast or metallic paint compared to the Japanese version. This however is an advantage as the BinalTech one often got complaints for being too heavy and prone for chipping. I am happy to report Alt Smokescreen has neither of these problems. The plastic is also very high quality and looks very presentable, not as much as the Binaltech version but at least you don't have to worry about chipping. One slight problem (at least on mine) is the hood when closed on the left it is a tad ajar. Exchanged it and still had the same problem. Nothing that ruins the toy, just something to note 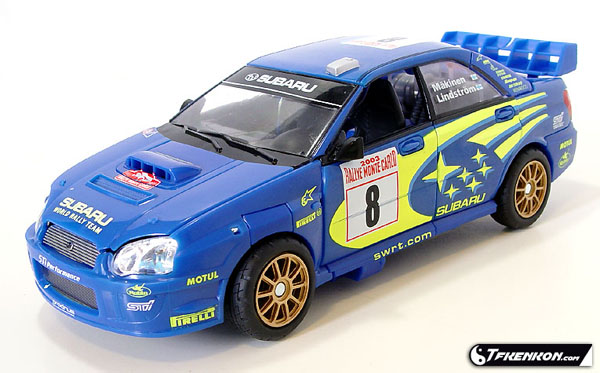 Vehicle Mode - Normally I could care less about most Alt modes as its the robot that matters to me but in this case I almost felt like I was committing a crime transforming him! Yes the car mode is THAT good. Some nice details include clear light and windows, trunk that opens, the hood opens and all four doors open as well! The interior is very nice as well as the stering wheel and seats look verty realistic. If you showed it to someone, they would probably have a hard time believing its a Transformer 5/5 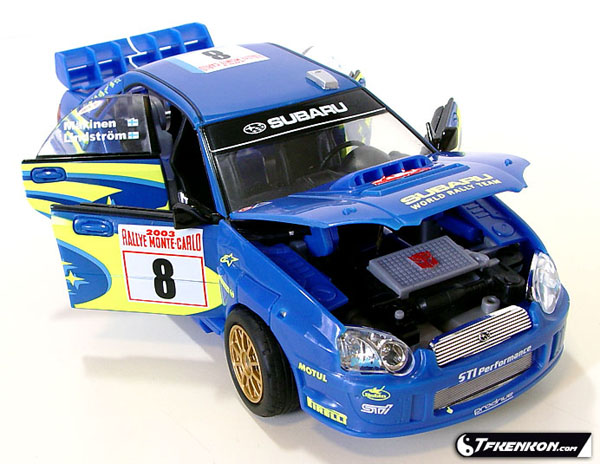 Transformation - In a word: challanging. The fact is unlike many modern day tfs, this one makes use of virtually every feature of the figure to transform weather it be the seats, the wheels and even the trunk, virtually nothing is left out. However it is a little tricky to get the hang of as the first time I was struggling just to get the feet right! Still very inventive and fun 5/5

Robot Mode - Awesome. There's no other way to describe it. He looks absouletly killer. He's got some tight joints so he's not loose at all. He's also got great possabilty as his hands anbd head are on ball joints, full shoulder and leg movement, knee and feet movement, articulated hands and save for arm shivels, he's got it all. His hands hold the gun by a peg so its nice and firm. Figure is great for posing and playability. 5/5 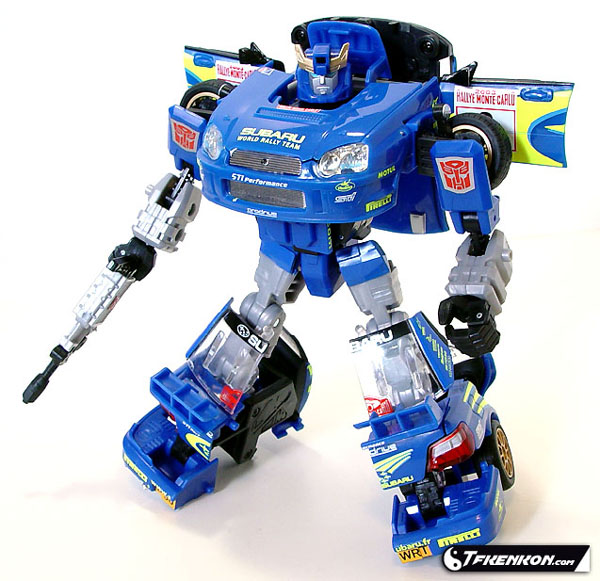 Gimmicks - None except that looks like a real car. I may as well use this section to note the engine becomes the gun, and it is very stable. 5/5

Overall Alt Smokescreen is very much worth the wait and is very durable. I accidently launched him half accross my room when I first opened him and he was fine! I'm also a Decepticon fan so I wasn't initally going to buy it but seeing as how I was getting one for my older brother, I just couldn't turn him down. Neither should you. A must own. 5/5 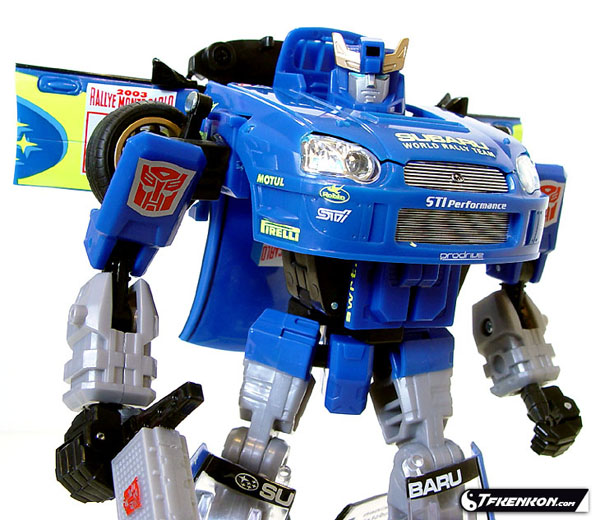