Vehicle Mode
Gasket is a very sleek looking motorcycle whose primary colors are red and black, with gold and silver accents. His wheels and windscreen are translucent red â€“ very nice. Correct me if I am wrong, but I believe he is the only recent bike release without handles (RM bikes and RID Axer vs. Sideways). It gives that â€˜A.I. vehicleâ€™ feel to Gasket. 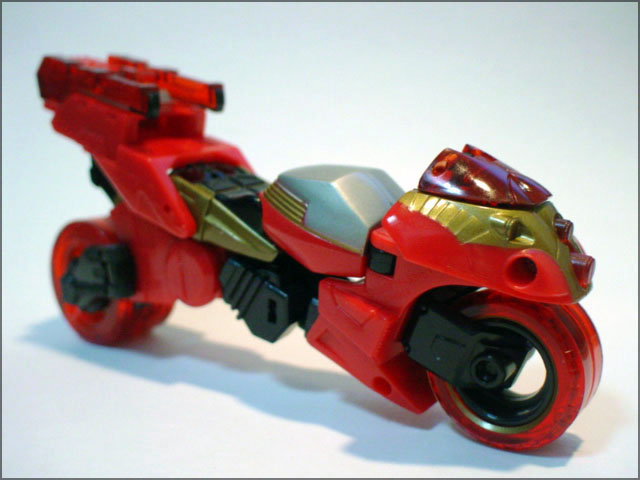 His knees are shaped like the engines in this form, pretty nice touch there. He reminds me of a red bike from the M.A.S.K. show, canâ€™t really remember the name. Back to Gasket, his thick wheels ensure stability in bike mode, but the front wheel cannot turn as per normal. It would have been nice to be able to turn the front wheel, but it is not necessary. Force Chip unlocks the twin barrels in both modes. 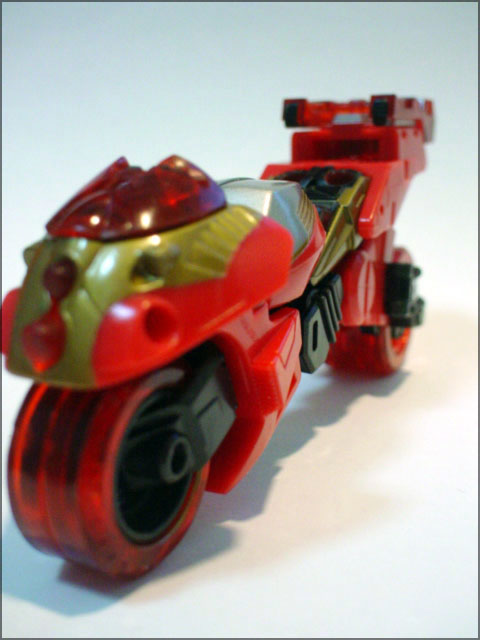 Verdict: 9/10 A nice sleek motorcycle â€“ that transforms! What is there to dislike?

Robot Mode
Gasket is my favourite basic out of the wave 1 figures. It is easy to see why in this mode. The windscreen folds down to become his chest plate, which gold and silver in color. The front wheel is rotated 90 degrees to the vertical and looks like a VTOL backpack for Gasket. His arms and legs are fully poseable. 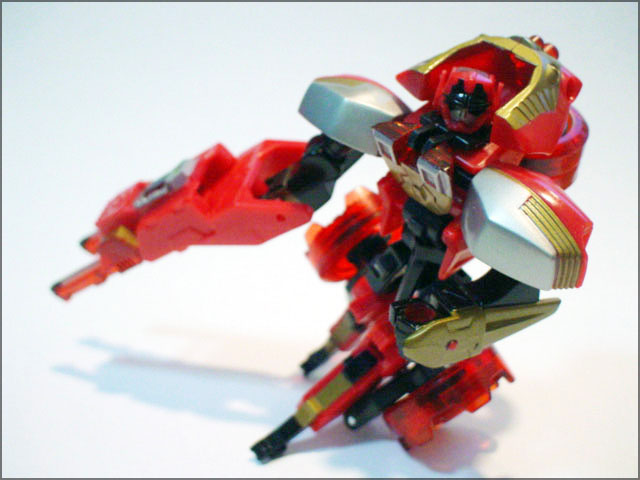 The legs are very wide near the feet, giving him a large base resulting stability and posability. He can stand up when he is holding up his gun, quite amazing for a basic figure. 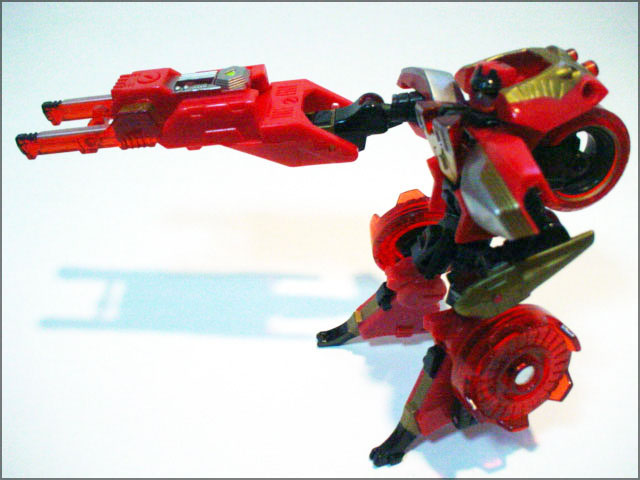 The only thing I donâ€™t really like is the hood behind his head, but I guess that canâ€™t be helped. His head is more proportionate to his body compared to Jackshot. Definitely the better robot out of Wave 1 Basic.

Overall: Gasket is a must-get for a basic figure!