Guardshell's alt mode is a bulldozer. The yellow, gray, brown and black with a little red definitely makes Guardshell more like a Earth construction vehicle than compared to the extravagant colors of, say, Superlink Buildron. On his sides between the wheels, there is actually a relief shaped like a ladder, which is a nice touch. His gun attaches to his rear and the missile looks like a very long exhaust pipe. One interesting detail to note is that the button to fire the projectile is shaped like a series of 3 smokestacks, descending in height. Most of the rest of GF figures have just a block button to fire the missile. This attention to detail for Guardshell is much appreciated, at least, by me. 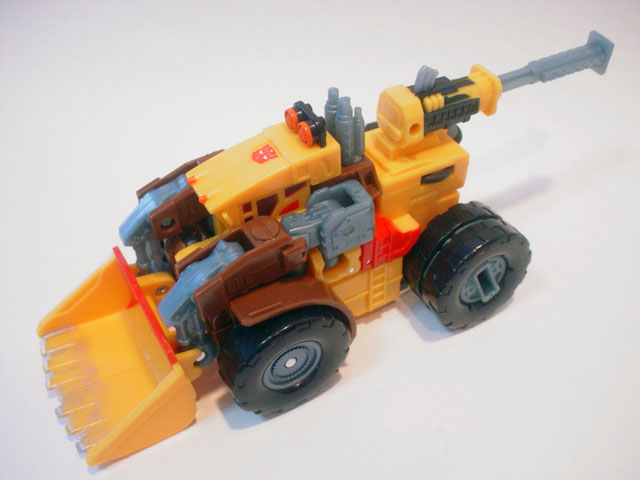 The wedge can be moved up down thanks to the joints that will later become his elbows, wrists and shoulders. The front part of the wedge(picture below) has silver paint applied on both the upper and lower sides in a dry-brush fashion, making it look like Guardshell got some scratches while doing some heavy duty digging and lifting earlier on! Definitely a plus point in terms of detail. On to his gimmick, the Force Chip 'ignites' blades in the rear wheels. You have to fold his wheels up before 'igniting' the blades in the alt mode. Even though this mode looks weird, it is a official mode, as seen in previously released pictures and the fact that there are 2 little wheels on his feet to take over the rolling when the rear wheels are up. When one rear wheel rotates in this mode, the other wheel turns as well, thanks to gears located between them. These gears only work when the wheels are up though. Unlike other GF figures, the force chip slot does not have a button or any mechanical trigger in it. Instead, the chip is slotted in, and holding on to the bottom of the wheel, you twist and the blades followed out suit. 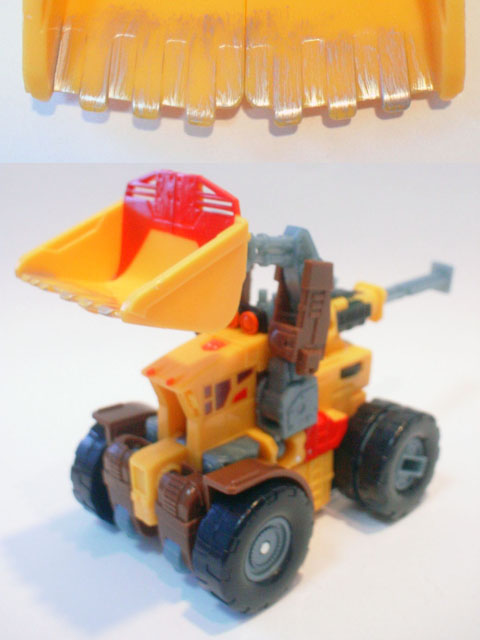 In robot mode, the colors do not change much neither do their ratio to one another. Quite a substantial portion of his vehicle parts can be seen here, with his wheels and wedge being the most obvious. Part of the transformation includes pushing down a gray part at his waist to reveal the pelvis. I do not really understand the point in this, since his form/shape does not change much. He looks okay to me, with the part up or down. 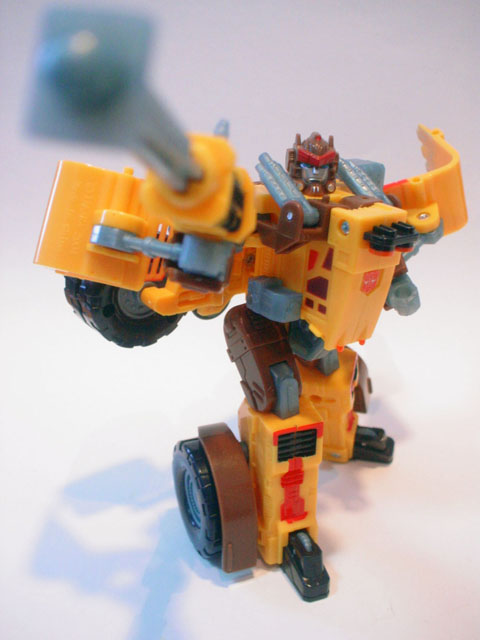 The force chip ignition looks better in his robot mode. The rear wheels look like a VTOL jet pack in this mode. There is no problem with stability with him in this mode. In the show, Guardshell places his rear wheels facing forward and uses them as weapons - "Tornado Cutter" as seen in episode 5 of Galaxy Force. However, because the head is partly obscured when the rear wheels are facing the front, he looks kind of silly. Leaving the wheels horizontal is the way to go for me. 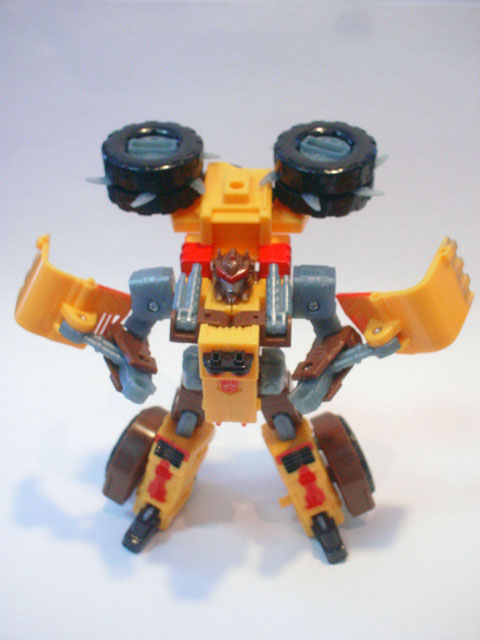 With a good face sculpt and excellent articulation, Guardshell's robot mode has little for one to complain about.

Guardshell is worth the money! He is not exactly a must-get figure(though quite near), but he is indeed worthy of the price point he is being sold at.

Side note: While fiddling with guardshell during transformations, i came across this mode which reminds me of Energon Cliffjumper! 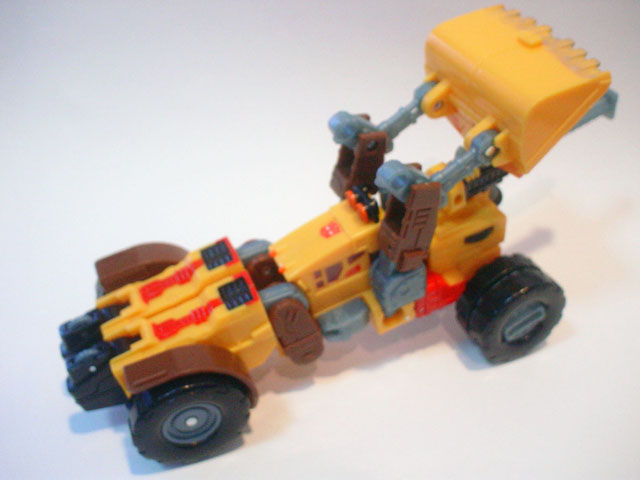