Dreadrock is an Ultra class size figure. Yet, he stands as tall as a mega and is only slightly bigger. This is most likely due to his wings taking up a lot of space and hence, packaging too. Olive green, silver and gold-sparkled dark green goes very well together in his alternate mode, surprisingly. A little yellow, red and black can be found here and there. Dreadrock looks to me like a cybertronian cargo plane. He is, after all, tagged to Seibertron. There are just enough features that stand out as non-earth features. His tail segment is the most noticeable of all, there is no vertical tail fin. The tail wings eachend off in a â€˜Yâ€™-shape, with the top end longer than the other. The central part of his fuselage is almost cuboid in shape, with a near flat surface extending from the tail to the top of the cockpit. This, coupled with the fact that he has 6 engines (2 on each side of the wing and 2 on the tail) suggest he is designed to carry cargo heavily. I also like how the wingtips on the main wings, that angles up, are rather big, comparable to the ones on the tail . 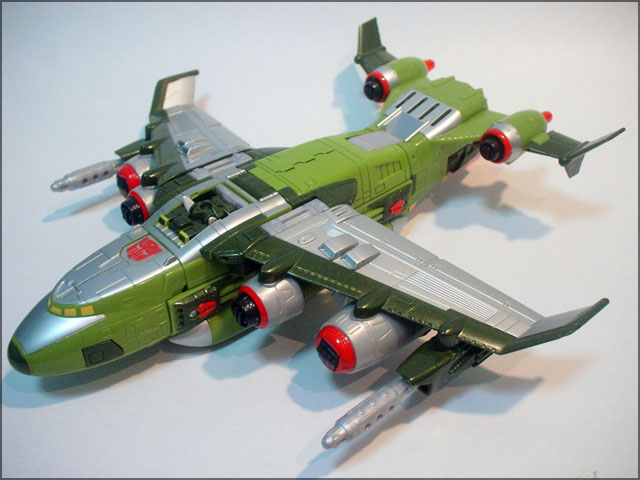 The fuselage is chock full of ridge lines. Perhaps it would be nice to have them painted similar to Thundercracker but I just might be asking for too much. A good example of such detail could be seen in the side of the cockpit ( picture below). A area where such detail is minimal is the bottom, where Dreadrock rest on, with 2 cylindral rollers (inset, below). These are not too protrusive and are probably considered as locomotive means for Dreadrock due to them being visible in robot mode. It does look nicer than having 4-8 little wheels on the sides of his legs. 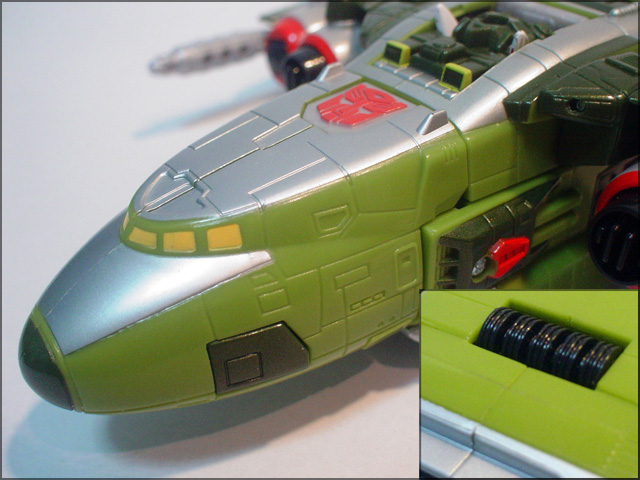 Dreadrock's Force Chip gimmick is rather weak for a Ultra size toy. First, the tail section is folded up, turning now into a turret of sorts. When the Force Chip is inserted, the lower (now upper) portion pops up and the crystal missiles move forward. They do not launch from Dreadrock, but rather, move just towards front a little. Different sounds are also made, depending on whether the force chip is in and whether the tail section is up or down. This mode does not appeal to me. It looks more like a design afterthought rather than one that is thoroughly thought out. 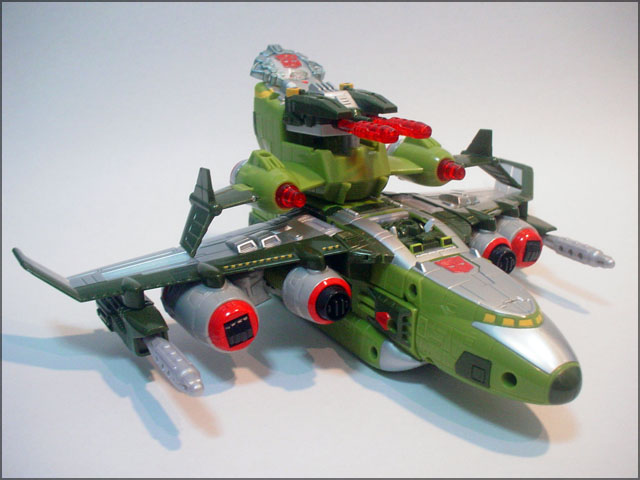 Verdict: 8/10 Nice cargo plane that does not look too bulky.

When his arms are transformed, they actually push up the wing a little, resulting in a â€˜Vâ€™ shape, when the figure is at â€˜restâ€™. I have not really seen a figure where the wings of a plane rest atop the shoulder flat. This is something new however it is very well done. Perhaps the theme for Dreadrock is â€˜bigâ€™, with big legs, big arms and big torso; big wings atop shoulders do not seem out of place. In fact, I like it a lot. Also, his two missiles launchers become his weapons, giving him a nice pair of guns. When transformded, Dreadrock is back-heavy in the sense that he cannot stand up straight, being pulled down by the heavy tail section. 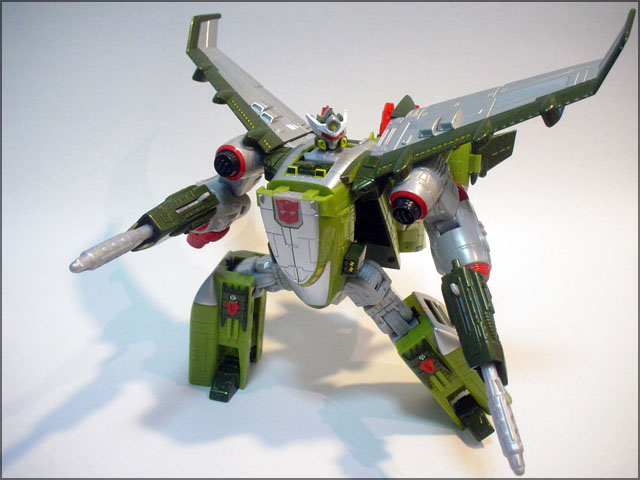 A large Cybertron logo adorns his chest, which is the cockpit area of his plane mode (inset B below). Part of the transformations entails locking his cockpit area to the pelvic area, causing the â€˜doorsâ€™ to pop out, becoming missile pods. His head has a red visor over a silver mouthpiece, very similar to Skyfire from the Superlink series, whom he is said to be. Dreadrock has good articulation overall for his arms and legs. One thing I do not like about Dreadrock is his big lower legs. Nonetheless, this is balanced out by a pair of equally oversized forearms made from the engines! 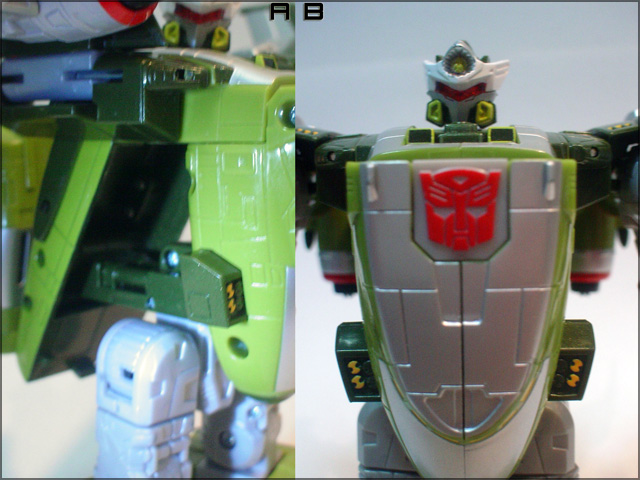 The main flaw for Dreadrockâ€™s robot mode would have to be the emptiness found in the center of his torso (inset A above) and center of his lower legs. Maybe the legs could have been folded somehow vertically in half or so, closing up the hole. The tail section could have been transformed in such a way it sits horizontally across the center, slightly below the main wings, which would have simultaneously solved the hole-in-torso and back-heavy problem.

Verdict: 7/10 A good bot with good articulation, but the hole-in-torso can be unsightly. 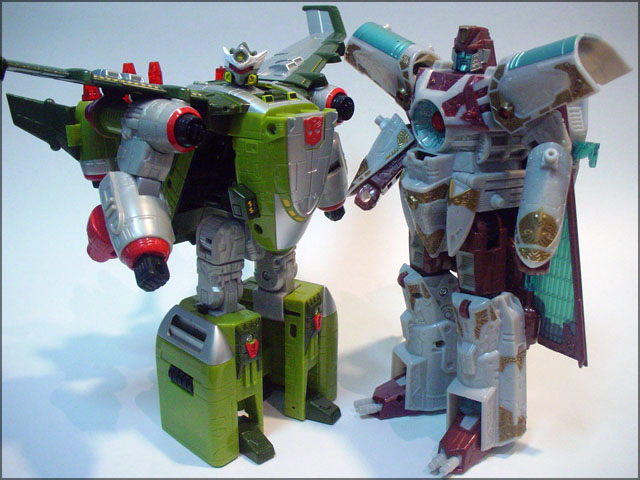 Overall, Dreadrock is a good figure â€“ the wings sitting on top his shoulders really make him look good â€“ but I feel it would be better if he had a slightly smaller mold with the same features and being sold at the Mega price point. He is already rather 'mega', being slightly bigger than 'mega' starscream and shorter than 'mega' Vector Prime.