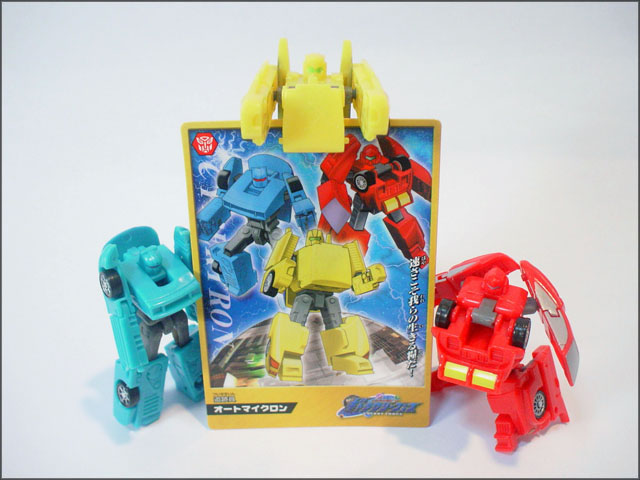 This team features 3 microns transforming into cars. They are a remolded, recolored release of the Speed Street Team. I do not own this other micron team, but according to pictures I have found over the internet, i like the colors of Auto Micron as compared to the previous release. This can be somewhat attributed to the 3 Auto Microns having metal sparkles infused into their material, giving them a slight shine.

Alternate Mode
Sullow is a yellow car in his alternate mode. His windows are dark blue and his headlights orange in color. His wheels are black with silver hubcaps - nice touch of realism there. On his hood, there is a raised section shaped like a engine vent. On top of his roof is another such relief, but this time it looks like a pair of police siren/lights. This is however, unpainted. 8/10 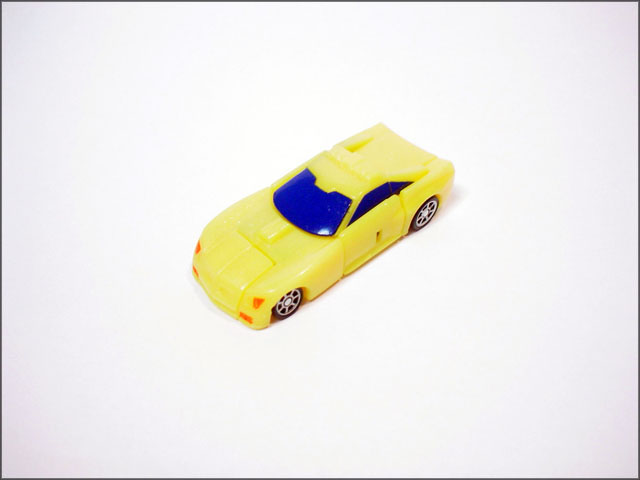 Robot Mode
Sullowhas a bright green visor for his eyes. His arms bend forward around 20 degrees at the elbow, but his legs are very articulated, rotating at the waist, and having ball joints for his hips. What gets to me is that his arm are rather long and his chest is a huge cuboid stuck out front. 6/10 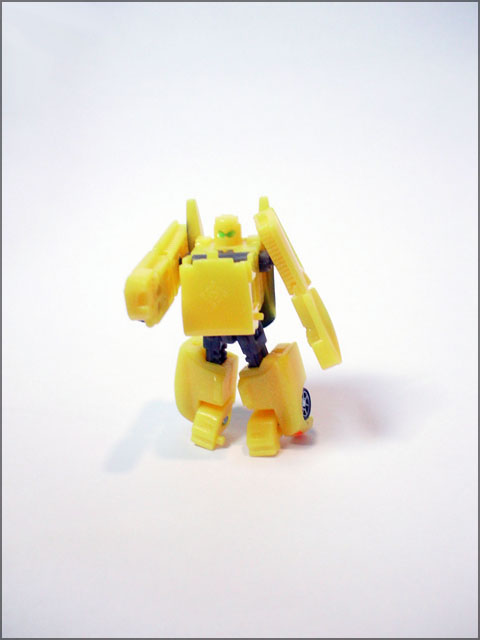 Alternate Mode
Cyana has the most detailed sculpt out of the 3 in his car mode. He has a vent on the hood, a engine rack at the back and his rear is curved upwards. Various detail adorn the top of Cyana. His doors have 3 raised ridges which look like Exillion's doors. Similar to Sullow, his tyres are black with silver hubcaps and his window is a dark blue. Cyana has a very flat, very sleek form for his car.9/10 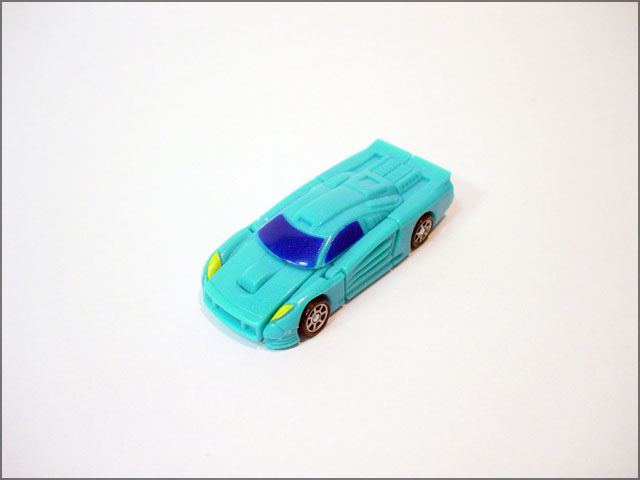 Robot Mode
Cyana's front section sits horizontally across the front. He has a red visor for eyes and his mouth is a series of 3 lines. Gray is revealed as the midesection with the thighs. He has the most articulated arms out of the 3, with elbows bending till 90 degrees. Cyana is my personal favourite because he does not have a overly bulky torso. 8/10 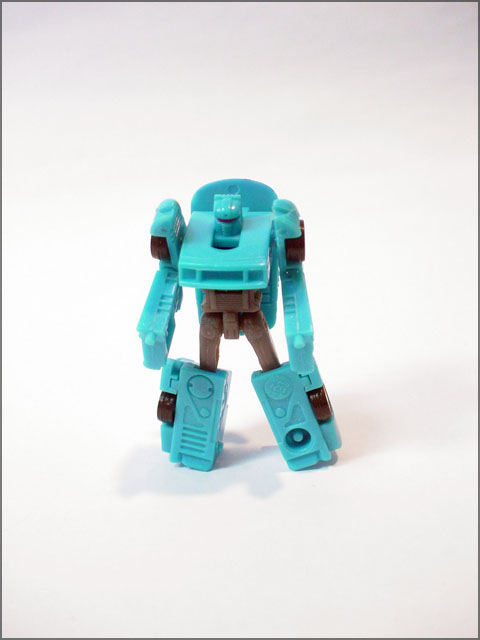 Alternate Mode
Gagenta looks like a modified street racing car. He is red primarily, with a yellow spoiler and gold for his headlights. Similar to the other 2, he sports realistic tires that are black and come with silver hubcap. Unlike the other 2, his windows are silver. Gagenta has a powerful looking race car as his alternate mode. However, due to the way he transforms, there is a very obvious split in the middle running from the front to the rear. 8/10 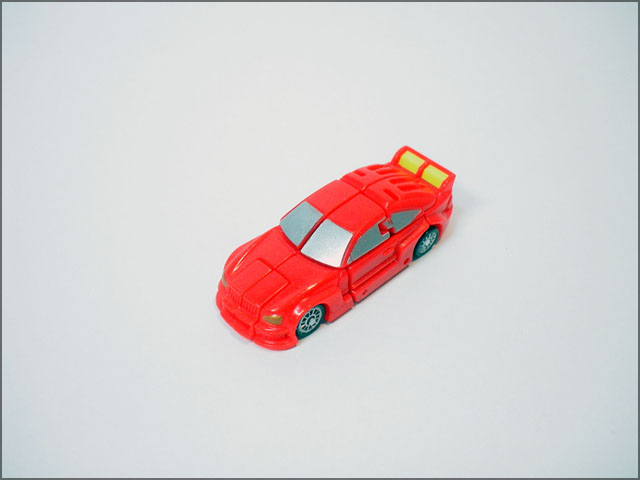 Robot Mode
Gagenta looks like G1 Cosmo in his robot form. The spherical arms certainly helps tie in the resemblance, together with his head and overall bulkly frame. His arms can rotate to the back, compensating for the lack of elbow articulation. Like Sullow, his torso is rather bulky, this time in the form of his spoiler. 7/10 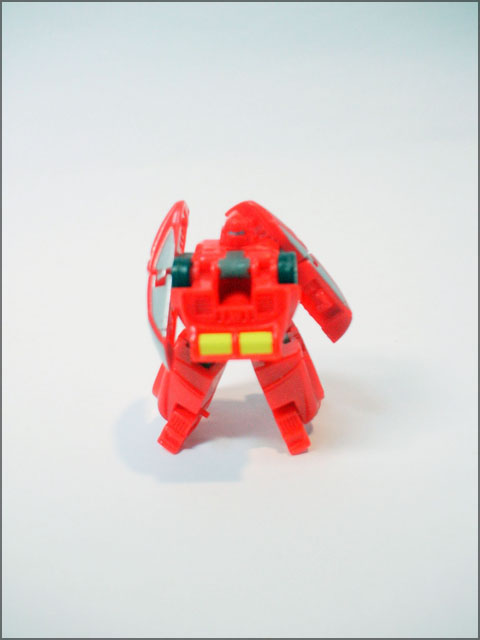 Overall, I think Auto Micron are better than the Micron Team. However, similar to Micron Team, i think other basic toys like Gasket and Backpack are more worth it being sold for at the same price. I bought Auto Micron team because, like micron team, I am betting on Metroplex, Primus or other bots in the future can interact with them and there are reportedly only 2 Micron sets in Galaxy Force. It would be nice to see Metroplex in city mode with little vehicles running over him. Currently though, Vector Prime is the only figure that can link with the microns. I would recommend Micron Team only for the completist, Micronphiles and in addition people who have money to spare after getting others Galaxy Figures. 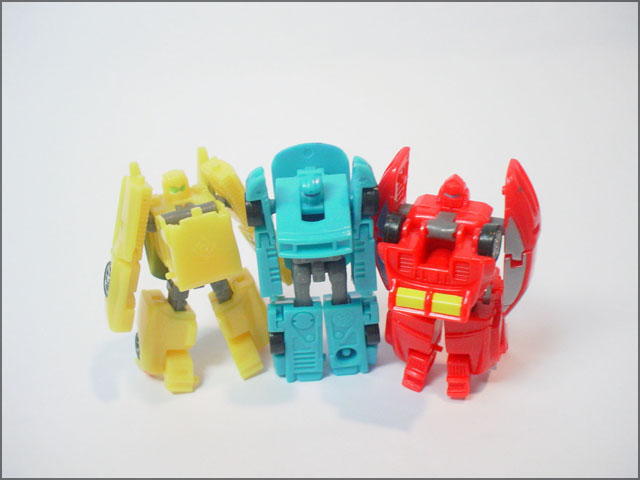 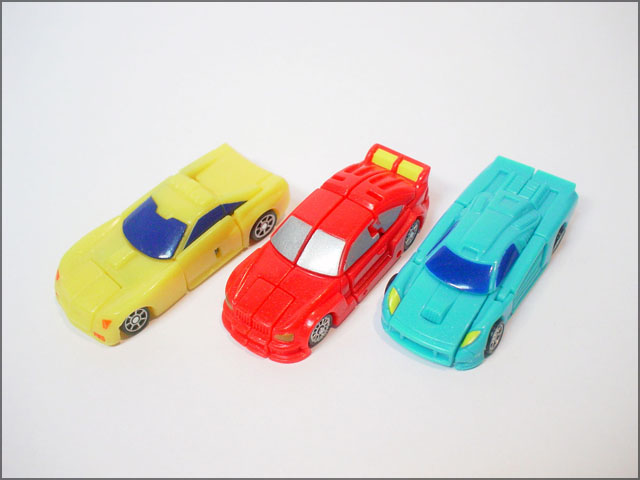 Verdict: 7/10 The score is given to Auto Micron as a toy by itself, uncompared to other basic figures.