Alternate Mode
Autolander is a very intriguing looking vehicle. Some say his vehicular mode was based off the cancelled-Transtech Cheetor. Comparing sketches found over the net, he does bear more than a passing resemblance to him. Although so, my first impression of Autolander was, “He looks like a sneaker on wheels”. No matter his origins, Autolander looks very good in this mode, with a well-designed heavy-rear/light-front form that is similar in form to Landbullet. 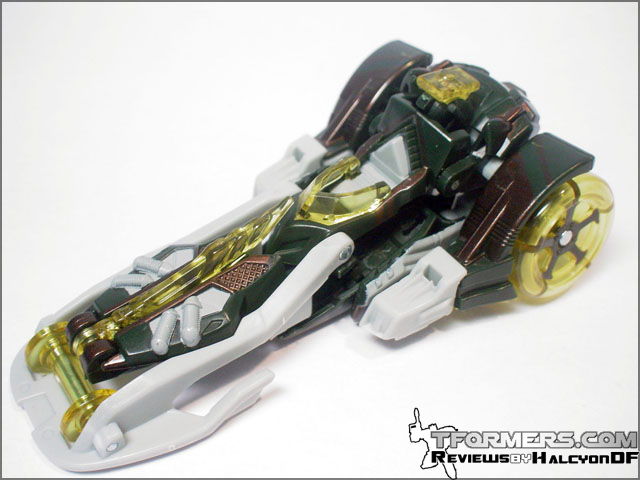 The colors are well selected. Autolander is mainly black and gray with transparent yellow and metallic brown to match. The metallic brown is rather dark and subtle and hard to pick up on the black and this works well for Autolander giving him a mysterious feel. The rear wheels are huge compared to his body and contrast starkly with the smaller roller-bar that is his front wheels. There is a single seat in the center of Autolander and it comes with an angular windshield. 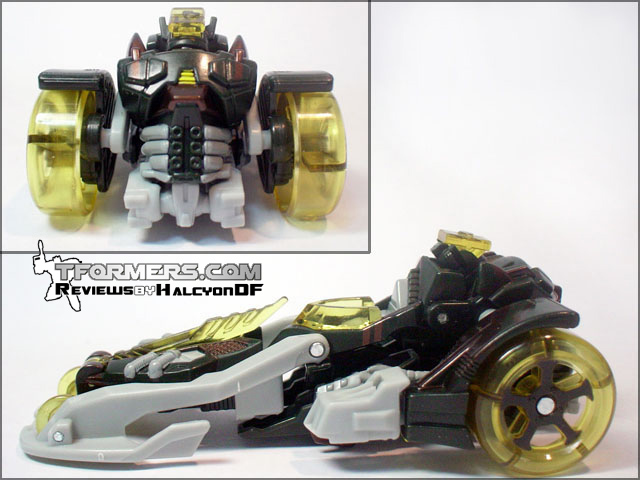 Even though Autolander has a great form as a car, there is little to do in this mode. The Force Chip does not work in this mode, unless u lift the engine block, ‘ignite’ and then replace, which results a blade at the front, although this is unofficial.

Robot Mode
Transforming Autolander is much like unfolding his vehicle mode. Transformation is very simple compared to say, Skids. Autolander looks great in his robot form. In the show, he is supposed to be an elder but you do not really get that feeling in here. The only hint at him being an elder would be the rectangular block on the top back of his head which resembles the headgear of officials in Japan and China use to wear to court in the olden days. The face sculpt is very different from the show’s Autolander. In fact, with the lack of faction symbols on him, I would have though he was a Destron if I had not known better. 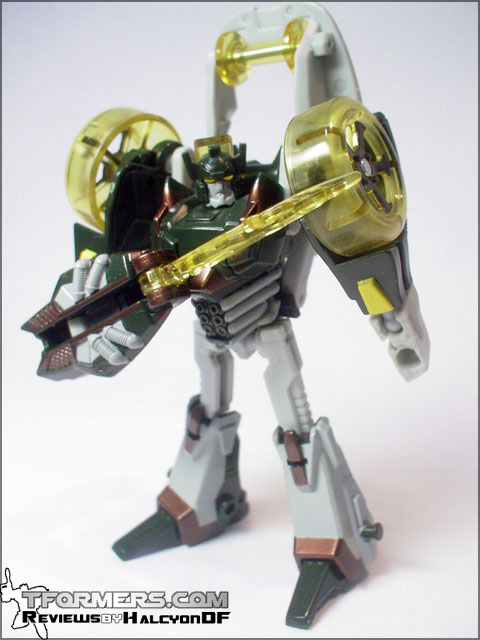 His Force Chip unlocks the central blade of the engine block, giving Autolander his only weapon. This is a rather unique piece as even if it is a close combat weapon, he holds it like a gun. The blade is also transparent yellow and does remind one of Starscream’s Vortex Blade. 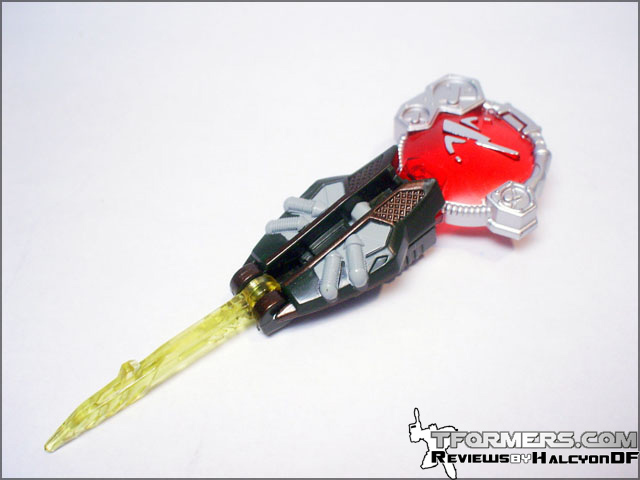 Most of his joints are ball joints and these gave Autolander extreme posability, even allowing him to stand on one foot! 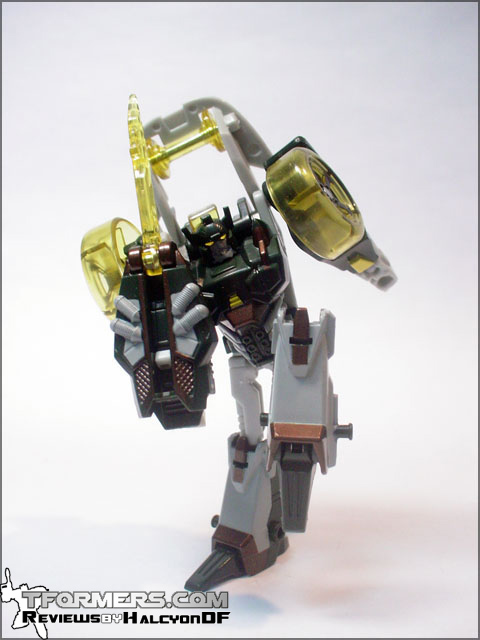 The only major flaw with Autolander would have to be those hands. They are way too short. I do not see how extending it would hurt his vehicle mode. Even wrapping his arms under the vehicle should not be too big an engineering problem. His arms are very disappointing to say the least.

Verdict 9/10 A very articulated and excellent figure spoiled only by the short arms.

I would say Autolander is a worthy figure and definitely one of the better basics around.