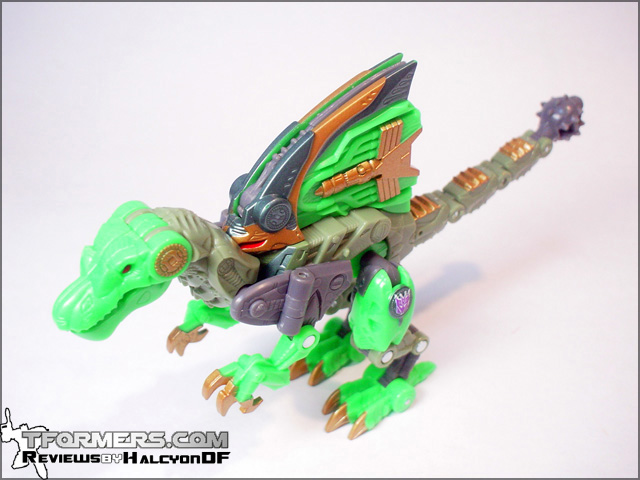 Mainly bright lime green on the fin, head and limbs, he is also olive green from the neck till the tail. Gray and gold are used sparingly. His claws and force chip slot are painted gold. On his right hip, Dino Shout carries a small Destron faction symbol. Despite being small, Dino Shout is rather detailed. I personally love the details on the top of the fin and on the force chip area. It actually looks like his force chip slot is attached to a turbine! 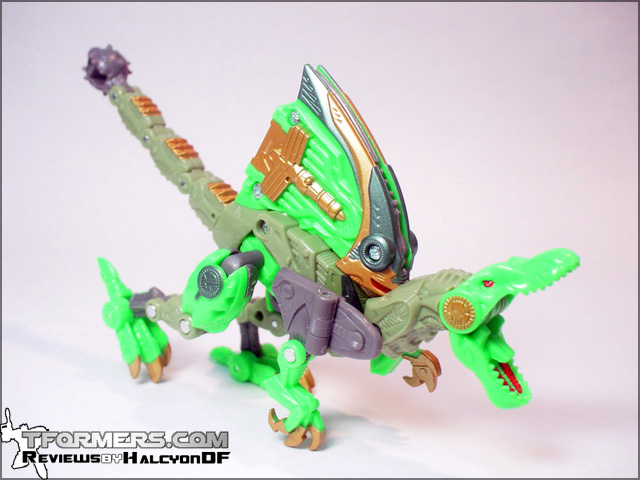 One of the plus points of beast form Transformers is that they are poseable in their alternate modes too. Dino Shout is an excellent example of this feature. He has 3-jointed legs, a 4-jointed tail, moving arms and jaws. Poses are aplenty for Dino shout, ranging from standing almost at tiptop to going all the way down with a roar. It is sad his arms are articulated at only the shoulder point. The claws are spread out in a menacing fashion though â€“ and are stuck as such. His jaws open widely but the upper jaw has a wider range of motion compared to his lower jaw. It should have been the opposite, as widening his jaws too much will result in him looking up. Inside the jaws, the inner parts are painted red, and there is even a tongue! 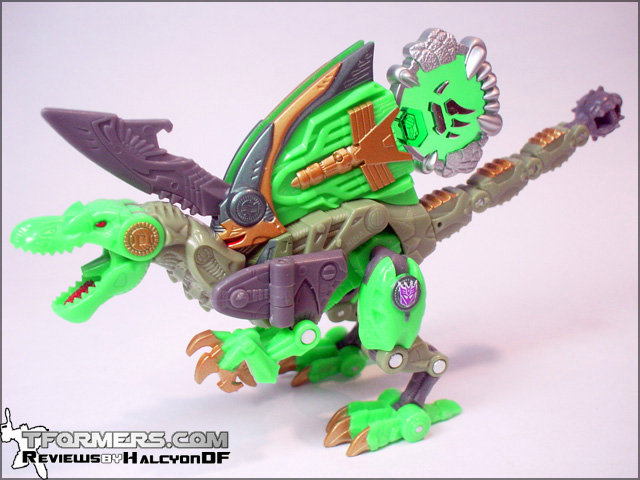 His Force Chip slot, located at the back of the fin unlocks the sword in the fin and it swings forward. For a basic figure, he gets a â€˜basicâ€™ force chip gimmick. Nothing impressive, but then again bigger figures sometimes have more disappointing force chop features.

Verdict: 9/10 Dino Shout is very poseable, and somehow, the bright lime green â€“ its biggest detractor â€“ is not that bad in real life and is growing on me.

Robot Mode
The sleek form of his dinosaur disguise obviously does not translate to his robot mode. 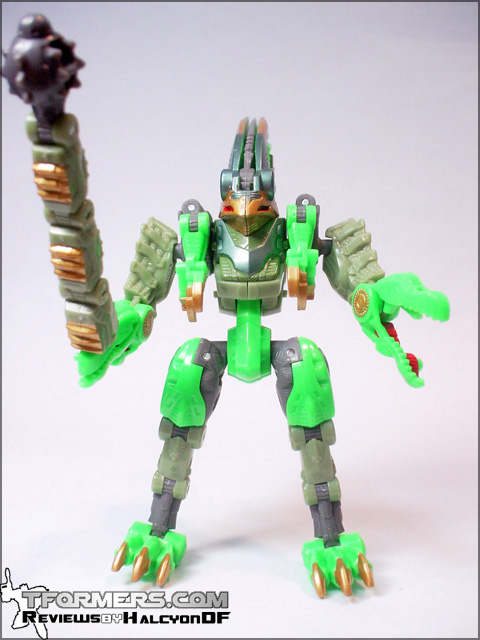 First off, his head, located at the start of the fin, is strangely shaped like an inverted knightâ€™s head armor. The only distinguishable feature is his eyes, red in color. The head is also set into his torso, nullifying any neck articulation. In fact, I do not see a neck anywhere on Dino Shout. His fin rest on the back on the head, as if it was also part of the head. If it was detachable, it would have made a nice shield for Dino Shout. 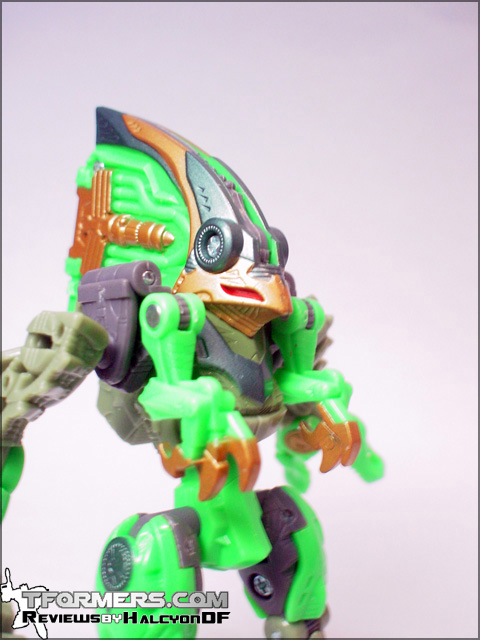 His arms are horrendous. Formed from halves of his dinosaur head and neck, he has the head halves for claw-hands. Beside, it is angular due to it being inside out, so the arms look weird. His other pair of arms, the ones from beast mode, hangs besides his head. They give a bit of width to the figure but they look strange, as they are painfully obvious. On a side note, the show actually features him moving with his beast arms in robot mode. They move around while he is moving and he actually uses them to clap to cheer on Flame Convoy during a fight. Still, this is a rather poor design. 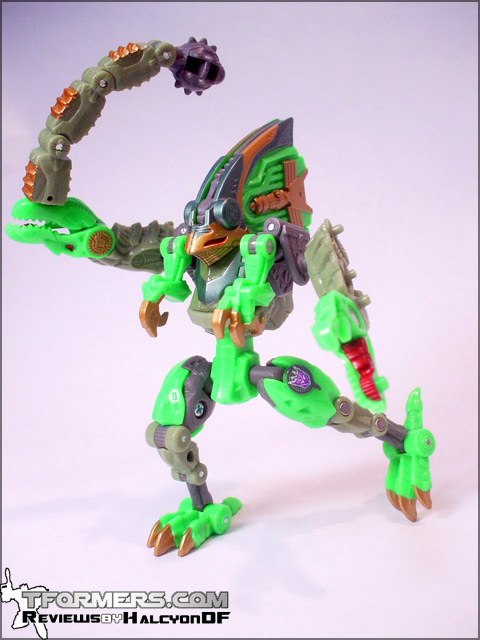 His tail is now a close combat weapon attached with a spiked ball at the head. It goes well with his claw-hands and his Force Chip feature which is the same in beast form. However, it works better in his robot mode. 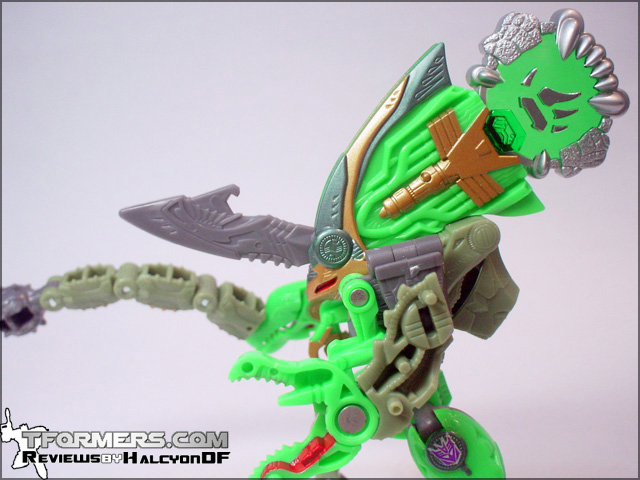 The only nice thing about him is his legs, and that is because he retains the dinosaurâ€™s legs.

Dino Shout in alternate mode is excellent and has great posability. It makes up partly for his rather unorthodox looking robot mode, which is very disappointing.

Edit: As people pointed out, the green in Dino Shout appears to be luminous in the shots, I am trying to edit the photos to make them look as true as in real life, but it affects the other colors. I would say Dino Shout looks around 2 shades less bright in real life.